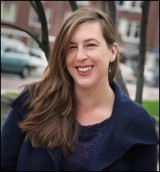 Published 2016-01-25.
What inspired this story?
In September 1999, just weeks before my twenty-seventh birthday, I flew to Kathmandu to volunteer for three months before backpacking around Nepal and Thailand on my own for another two. During my volunteer experience and travels, I sent weekly emails to family and friends describing all of the strange, exciting and beautiful things and events I’d witnessed or taken part of. It was my first trip abroad and such an amazing journey, yet so intense. Writing those messages was a great way to process everything. After I returned home to Seattle, friends kept asking me what I was going to do with the emails I’d sent. I was so focused on settling down and working full-time again that I hadn’t even looked at them since leaving Asia! Only after an acquaintance presented me with a bound copy of all of my texts and suggested I publish them as a traveler’s diary, did I finally decide to use my experiences as the basis for this book.
What are you working on next?
Stolen art and the Second World War play an important role in my second novel, The Lover’s Portrait (out in June 2016); the story of an American art student who finds clues to the location of a collection of masterpieces that had disappeared during the Second World War. The subject matter is directly influenced by my move to the Netherlands and choice to study museology at the University of Amsterdam. After arriving, I became fascinated by the Second World War, a topic I knew embarrassing little about. You can learn so much about that period simply by walking around Amsterdam; there are a plethora of monuments and signs commemorating resistance actions and Nazi retaliations spread throughout the city, not just at the Anne Frank House!

In a few days, I’ll be sending the final manuscript of The Lover’s Portrait off to my editor so she can proofread it. Yeah! As soon as the second novel is out the door, I’ll get back to finishing the first draft of my third novel, another art-related mystery. This yet-to-be-named manuscript’s plot was directly inspired by a few quirky facts I’d read about while working on an exhibition for the Tropenmuseum in Amsterdam about Papua New Guinean bis poles collected by the legendary anthropologist Michael Rockefeller.

I’ll be the first to admit that my upcoming novels do differ dramatically from my first in style, genre and subject matter. I wrote Down and Out in Kathmandu: adventures in backpacking (December 2015) as a travel adventure for the ‘backpacker fiction’ genre because I wanted to do something with my own experiences backpacking through Asia and this was the best style for the story. The Lover’s Portrait is a mystery simply because it was the most effective means of sharing my fascination with the artistic and cultural history of the Netherlands in a way that I hope will reach and interest my readers!
Why did you choose to use your travel experiences as the basis for a fictionalized adventure novel, instead of a travel memoir?
Originally I did start out writing my first book as a travel memoir! I’d even gotten 70,000 words down before my day job got in the way of writing. I looked at the manuscript every few months and tinkered with it when I wasn’t too tired. But after a while, I realized it was pretty boring. Nothing so terribly dangerous, exciting or interesting happened during those three months of volunteering to justify a book about my time in Nepal.

So I put the manuscript in a drawer and tried to forget about it. After a few years of working eighty-hour weeks, I started taking time off to travel again. I eventually quit my job and moved to the Netherlands to study art history. Everywhere I traveled, that unfinished manuscript went with me. I just couldn’t let it go! After repeated attempts at re-working the original text into a fictionalized story failed, I elected to step back from the manuscript and think of another way to use my own experiences as a backpacker, as basis for a novel. During my travels around Nepal, Thailand and Vietnam I’d met so many hippie-stoners, hardcore trekkers, shady characters, and NGO volunteers that I decided to devise a plot which would incorporate all of these personages and my own experiences into one story. Ultimately only about two-thousand words of my original manuscript made it into Down and Out in Kathmandu!

Though I knew the direction in which I wanted to head, I was having trouble making it work. Friends told me about Arvon writing courses in the United Kingdom that they’d gone on, which sounded wonderful. Shortly thereafter, I took my original manuscript and an outline for a new book to a week-long Arvon writing retreat in Moniack Mhor, Scotland. It was truly magical, and definitely the best decision I could have made at that time! Thanks to the critical, yet positive feedback and week-long guidance of tutors Val McDermid and Alan Bissett, I figured out how to get the book I wanted to write, down on paper. And before the week was over, I had written the first fifty pages of the Down and Out in Kathmandu manuscript.
How do you deal with writer's block?
If I’m having trouble working out a scene, plot or character’s background, I try and distract myself by taking my young son to the playground or heading off on a long bike ride. Usually when I’m not thinking about my book, instead of fixating on it, is when the best ideas bubble up from my subconscious and the problems seemingly resolve themselves!
Smashwords Interviews are created by the profiled author or publisher.