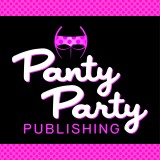 This interview has been viewed 392 times.

Published 2016-01-08.
Explain Panty Party Publishing, please.
Certainly. My name is Jenny Ashford, and even though I've written a bunch of horror fiction and paranormal nonfiction under my own name, I wanted a separate publishing channel so that I could publish all my short erotica stories under one umbrella. And so Panty Party was born.
What types of erotica does Panty Party publish?
At the moment, I have three lines. The first is called Little Dick Superpower, and it's a wacky, comic-book-style erotica series about a very under-endowed superhero. The second line is called Monsters and Myth, and that's where I publish stories based on mythological creatures, like Medusa and so forth. The third line is called Tryst Sinister, and that's where you'll find my contemporary horror, goth, and fetish-type erotica. I may add some more lines in the future, but these are the ones I'm working on now.
Is there a great deal of difference between writing erotica and the stuff you usually write?
Not a big difference. Most of the stuff I write under my own name is horror, and a lot of my horror stories had erotica elements anyway, so it wasn't much of a stretch to just concentrate more on the sex instead of the horror.
What do you read for pleasure?
You'd think I would read a lot of horror fiction and erotica myself, and I do read some, but honestly, the last several years I've been reading mostly nonfiction. My favorite genres are popular science (biology, cosmology) and science history, weird history, anthropology, sociology, language, any kind of interesting cultural stuff. I especially like books exploring the cultural impact of things like coffee or cochineal dye or brothels. I get a lot of ideas for my fiction from reading nonfiction.
When did you first start writing?
I've been reading and writing for as long as I can remember. As soon as I could pick up a pen and write words, I was making up stories.
What motivated you to become an indie author?
Though I've had a couple horror novels published by "real" publishers, I really like the control I have over my own work when I publish my own stuff. I can lay the book out exactly as I want it, and choose how and when I'm going to market it.
What is the greatest joy of writing for you?
To be honest, I've always found writing more a compulsion than something I do for fun. I like to write, don't get me wrong; it's the only job I ever wanted to do. But it's a hard slog sometimes, and I usually have to talk myself into getting started. But it's almost like something I HAVE to do, or I'll drive myself crazy. And I love the feeling of accomplishment when I've finally finished something decent.
What are you working on next?
More erotica stories will be coming soon, including more episodes of the Little Dick Superpower series. On the horror front, I'm working on a sort of multimedia horror-mystery that will allow the reader to become directly involved in the story. It will have all these outside tendrils, like card decks and accompanying videos and so forth, and the reader will get to try to solve the mystery along with the protagonist.
How do you approach cover design?
I'm a graphic designer by training and trade, so I like to do my own covers and layout. That's why indie publishing is so great, because I have control over that aspect. I really like the gestalt of text and images working together as a unified whole, so it's cool that I get to put the whole package together myself, so I can stick to a theme.
When you're not writing, how do you spend your time?
Being lazy, cooking with my sexy boyfriend, watching cooking shows and The Walking Dead, reading, listening to music. Me and my BF are also ersatz club promoters, so we spend a lot of time at goth/industrial clubs, dancing and drinking a lot and schmoozing.
If readers like the erotica you have on Smashwords, where could they find your other work?
All of the stuff I write under my own name, Jenny Ashford, is available on Amazon. Most of the books are available in print and ebook formats. At the moment, I have three horror novels, two short-story collections (also horror), one sort-of graphic novel (based on a fictional account of Caravaggio's life), and two nonfiction books about poltergeist cases. My short stories have also appeared in some multi-author anthologies. My website, www.jennyashford.com, has a whole list under the Books tab. I also write a horror blog at goddessofhellfire.com.
Smashwords Interviews are created by the profiled author or publisher. 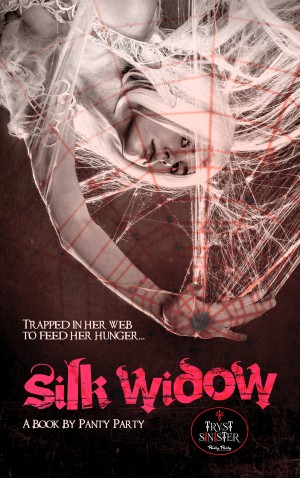 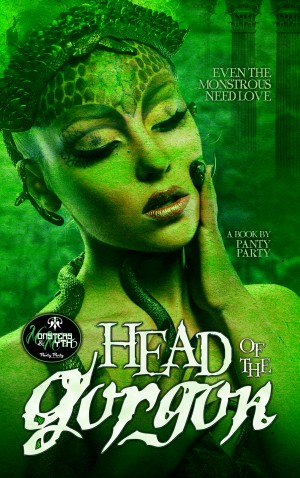 Head of the Gorgon by Panty Party
Price: $1.99 USD. Words: 5,770. Language: English. Published: December 28, 2015. Categories: Fiction » Erotica » Historical/Greece, Fiction » Erotica » Menage/Multiple Partners
Medusa and her two ravishing sisters are punished by Athena. Ghastly and despicable, the two immortal sisters leave Medusa alone in their island citadel, where she fears she will spend the rest of her days as a hideous monster, unloved by any man. But one day, a strapping young warrior named Perseus arrives to take her head, and Medusa discovers that she has powers she never could have imagined. 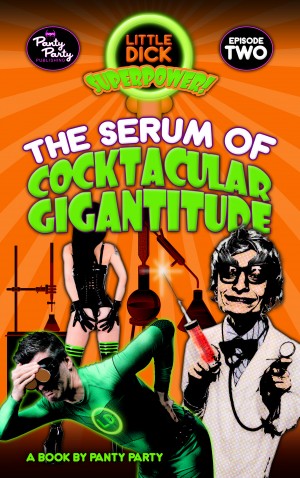 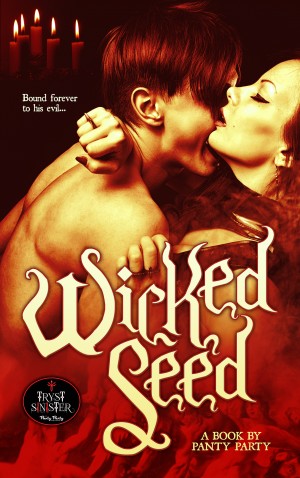 Wicked Seed by Panty Party
Price: $1.99 USD. Words: 3,600. Language: English. Published: November 30, 2015. Categories: Fiction » Erotica » Paranormal, Fiction » Horror » Occult
Laurel thought she had escaped from Victor forever, but little did she realize that the husband who had begun to frighten her was far more evil and resourceful than she gave him credit for. Waking in a strange, candlelit chamber, surrounded by mysterious figures who seem not quite human, Laurel finally realizes the lengths to which he will go to bind her to him through dark sex magic and blood. 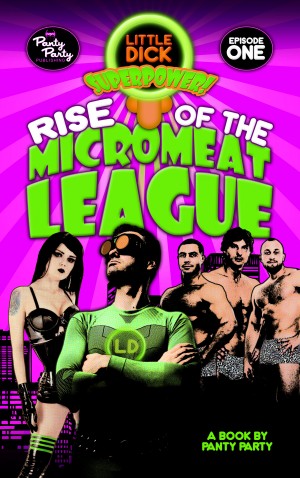 Rise of the Micromeat League: Little Dick Superpower Episode One by Panty Party
Price: $1.99 USD. Words: 4,690. Language: English. Published: November 24, 2015. Categories: Fiction » Erotica » Comedy/Humor
Little Dick Superpower, the world's most minimally-endowed superhero, becomes the victim of a terrible betrayal by a group of muscle-bound beefcakes he thought were his friends and compatriots. Will these wolves in hunks' clothing derail LD's mission to make the world safe for small men?