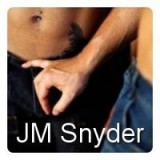 This interview has been viewed 530 times.

1) Watership Down by Richard Adams -- it's a whirlwind adventure. I reread it every few years to remind myself how wonderful it is.

3) Even Cowgirls Get the Blues -- the first book I ever read with queer content. I loved it in college because it broadened my horizons. And it's a great read.

4) The Magicians trilogy by Lev Grossman -- it's a grown up Harry Potter meets Chronicles of Narnia. It's three books, not one, but it's amazing.

5) Master of the Game by Sidney Sheldon -- this has been a favorite of mine since childhood (I read well above my age and apparently my parents had no problems with that).
What do you read for pleasure?
I love to read off the wall nonfiction -- anything about diseases, death, odd creepypasta, true crime, murders, disappearances, stuff like that. As for fiction, I love thrillers that keep you turning the page (like "Gone Girl"). I also love speculative fiction -- sci-fi, fantasy, horror, especially dystopias, apocalyptic and post-apocalyptic stories, and anything with zombies. What can I say? I have weird tastes.
What is your e-reading device of choice?
I have an older Kindle 4, but I also read on my iPod when I'm stuck in line or bored somewhere and have it with me.
Describe your desk
My desk is heavy, wooden, and very old. My father got it for me when I was younger because the college where he worked was replacing the desks in the student dormitories. After I graduated from college, I shellacked the top and the drawer fronts with a blue and green plaid gift wrap that's held up pretty well all these years. I've modified the long drawer in front of the chair well to keep my keyboard and mouse there. On top of the desk is my laptop, three external hard drives (I'm a firm believer in backing everything up), a wireless printer, and one of my cats. Seriously, one of them is always on the desk. Probably because they like the heat the laptop gives off. Or they just want to be in the middle of everything.
When did you first start writing?
I like to say I first started writing when I was 8 -- which is true -- but that I didn't start out writing then what I write now (gay erotic romance). I started out in fantasy like most everyone does, but along came the internet and I discovered slash fanfic, and the rest, as they say, is history.
What are you working on next?
I have a list of ideas for future stories, and have started two or three. At the moment I'm about to start a new one (I shouldn't, I should finish something else first, but oh well). It's a romance between an actor on location and a police officer assigned to block off roads to the set. It was inspired when my own street was shut down while a crew filmed scenes form the upcoming Harriet Tubman movie at the building next to my apartment.
Who are your favorite authors?
Though I write romance, I tend to read stories that aren't. My favorite author is Stephen King; I also love Margaret Atwood, Charles Pellegrino, John Krakauer, Tom Robbins, Rick Riordan, and JK Rowling.
What inspires you to get out of bed each day?
Ha! My cats. They get fussy if I oversleep because they want to eat.
When you're not writing, how do you spend your time?
Most of my time is spent running JMS Books, a small LGBTQ press I began in 2010. When I'm not working or writing, I love to read, cross stitch, and play Legend of Zelda.
Do you remember the first story you ever wrote?
When I was younger, I was the queen of unfinished prose. I started a number of stories but never finished any. My first completed novel was "The Magical Stones of Pharr," which I finished my first year of college. It then sat in the back of my closet for 20+ years, and only after I was publishing regularly did I pull it out, dust it off, cut it in half just about, and published it.
Smashwords Interviews are created by the profiled author or publisher. 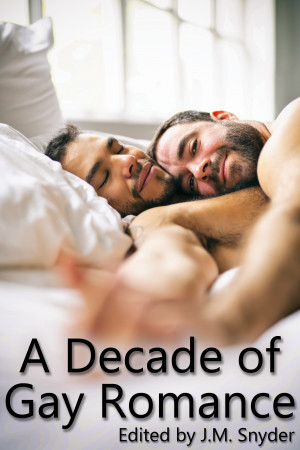 A Decade of Gay Romance by J.M. Snyder
Price: $5.99 USD. Words: 109,950. Language: English. Published: July 1, 2020 by JMS Books LLC. Categories: Fiction » Gay & lesbian fiction » Gay, Fiction » Romance » Contemporary
JMS Books began in 2010 as a way for of getting a few friends into print. Ten years later, we've published more than 2,000 books celebrating LGBTQ+ romance from over 200 authors. A Decade of Gay Romance is a collection of our ten best-selling short stories, one for each year (to date). 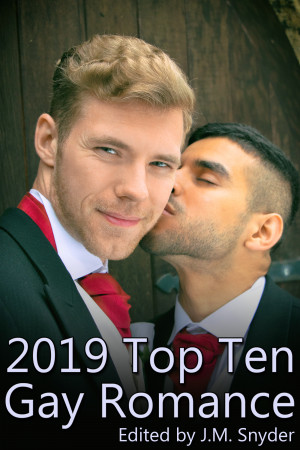 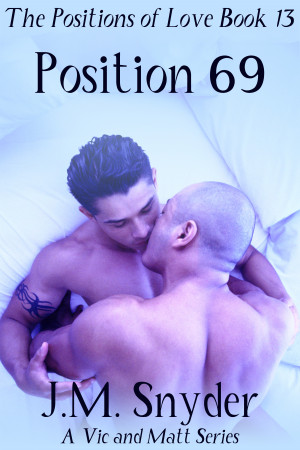 The Positions of Love Book 13: Position 69 by J.M. Snyder
Price: $2.99 USD. Words: 15,600. Language: English. Published: August 2, 2019 by JMS Books LLC. Categories: Fiction » Gay & lesbian fiction » Gay, Fiction » Romance » Fantasy
There's one common position Vic and Matt never got around to really trying out. But a bad day sets Vic on edge, and when he hits the gym, his anger bursts into flames when someone makes the move on his guy. Will Matt be able to put out the fire before anyone gets hurt? 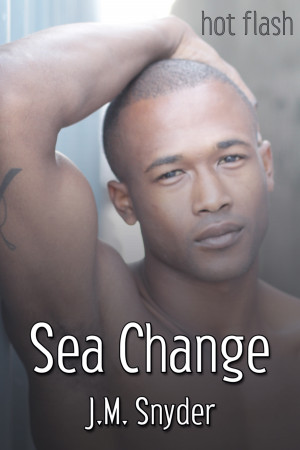 Sea Change by J.M. Snyder
Price: $0.99 USD. Words: 2,900. Language: English. Published: April 27, 2019 by JMS Books LLC. Categories: Fiction » Gay & lesbian fiction » Gay, Fiction » Romance » Fantasy
Nis. His name had been Nis. Those three little letters are still carved on Taer’s heart, etched deep so the tide and time won’t wash them away. Nis, the other half of his soul. Then the storms came, and Nis was gone. So why can Taer hear his laughter on the wind? 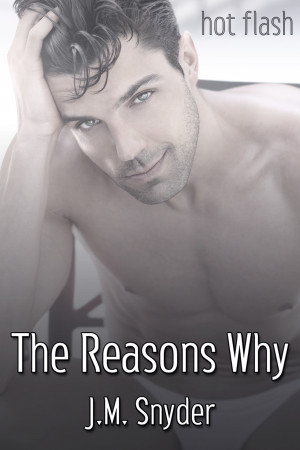 The Reasons Why by J.M. Snyder
Series: Hot Flash. Price: $0.99 USD. Words: 2,740. Language: English. Published: March 2, 2019 by JMS Books LLC. Categories: Fiction » Gay & lesbian fiction » Gay, Fiction » Romance » Contemporary
After a long day at the office, Eliot Travers comes home to find his Ben is playing a game on his phone instead of making dinner. As Eliot’s temper starts to rise, he wants to know what exactly Ben’s been doing all day long. Ben tells him to look by the stairs, where Eliot finds a note that reads The Reasons Why I Love YOU. A second note leads upstairs. Then Eliot finds a third, and a fourth. 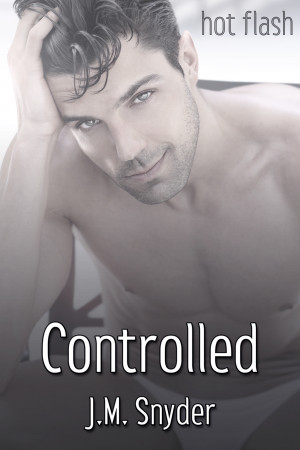 Controlled by J.M. Snyder
Series: Hot Flash. Price: $0.99 USD. Words: 3,210. Language: English. Published: February 9, 2019 by JMS Books LLC. Categories: Fiction » Gay & lesbian fiction » Gay, Fiction » Romance » Contemporary
He likes to think he’s in control. He always wants to be “in charge.” Which is fine by me. That’s what I want him to think. Whenever life threatens to get between us, when he’s so busy at work that he’s too tired to love me in the evenings, I know I have to take matters into my own hands. I always get what I want. So which of us is really in control? 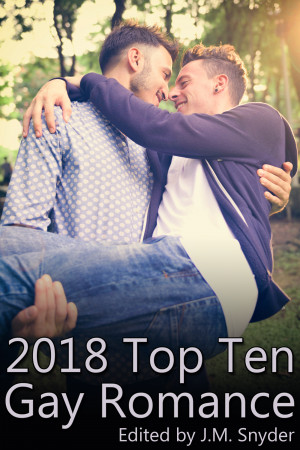 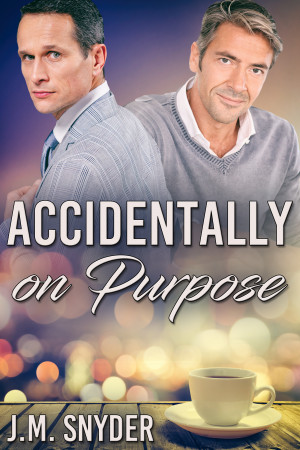 Accidentally on Purpose by J.M. Snyder
Price: $4.99 USD. Words: 51,180. Language: English. Published: November 18, 2018 by JMS Books LLC. Categories: Fiction » Gay & lesbian fiction » Gay, Fiction » Romance » Contemporary
Alan Travers meets Detective Jim Garrison at a cafe where both men stop for coffee, but he misses his chance to get to know the detective better and wonders if he'll get another. With his nephew's help, Alan concocts a plan to get Jim's attention "accidentally on purpose." But when his nephew goes missing, he has to admit it was no accident. Is he the only one not being truthful? 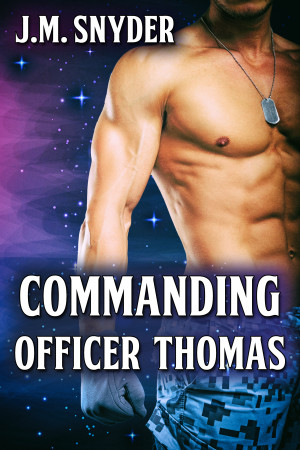 Commanding Officer Thomas by J.M. Snyder
Price: $2.99 USD. Words: 14,460. Language: English. Published: June 21, 2018 by JMS Books LLC. Categories: Fiction » Gay & lesbian fiction » Gay, Fiction » Romance » Sci-fi
Lieutenant Lee Mallory spends his time off duty playing video games. There isn't much else to do out in deep space. Unfortunately his commanding officer, Jonan Thomas, revokes everyone’s gaming privileges. Then Lee meets someone online who's interested in a different kind of game. Can Lee take command -- in the game and in the bedroom -- without further aggravating his CO? 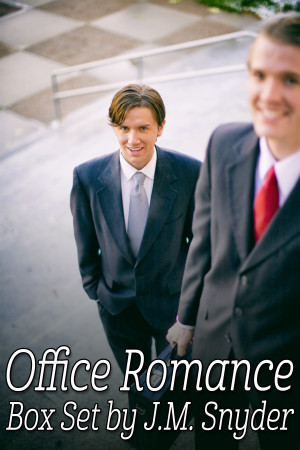 Office Romance Box Set by J.M. Snyder
Price: $6.99 USD. Words: 143,270. Language: English. Published: March 11, 2018 by JMS Books LLC. Categories: Fiction » Gay & lesbian fiction » Gay, Fiction » Romance » Contemporary
Most of us spend forty hours or more a week at the workplace. Whether it's a career or simply a job to be done, we do whatever it takes to make a living. Sometimes the people we meet at work are among the best -- and the worst -- we'll ever know. From harmless, sweet flirting to fulfilling hot sex, these 22 stories show you just how much some men enjoy their line of work!
View their profile to see all of their books