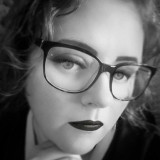 Published 2019-09-16.
Who are you and why do we care?
I'm one of a million plus indie authors who writes vampire fiction. Except, my Amaranthine series isn't for teenagers.My vampires don't drive a Prius, they're not vegetarian, and they happily kill both humans and vampires alike - even the good guys. A reviewer once commented that they didn't find my good guy "good enough" and that made me happy, because no one is the proverbial white knight good guy that movies and novels sometimes portray, just as no one is ever evil for the sake of being evil. The best "good guy" has darkness lurking behind his eyes, and the best villain thinks he's righteous. If you agree, and like a dose of violence and romance with your vampires, then you might like what I have to offer. You can always start with the free stories first.
What do your fans mean to you?
My fans are the reason I keep writing. Without them I'd have probably gotten bored and moved on to something else by now, but their passion for the Amaranthine world keeps me passionate. That's why I try to keep my books as cheap as I can, and write lots of freebies, because, without them, the Amaranthine universe would not exist.
What are you working on right now?
The Amaranthine series has officially ended, but the Amaranthine Universe goes on. Right now I'm working on the Micah and Loren road trip stand alone, with an eye for a 2020 release. After that will be a trilogy featuring Oren's family, with the possibility of a Jorick stand alone, or a Verchiel/Jamie stand alone novel later.
Do you think your vampire novels are ridiculous?
It's a series about undead people who walk, talk and drink blood. Of course it's a little ridiculous! By their very nature ALL speculative fiction books are a little out there, this is why you must suspend belief to an extent. However I have tried to add a splash of reality in the form of consequences. The heroine runs away with the vampire hero into the sunset and... and she loses her job. And her family thinks she was kidnapped. And she's not paying her rent so she loses her apartment, etc. etc. Of course there's reality one ignores. Being nearly killed, for instance, is sure to leave a person traumatized, but how many pages of quivering jelly-like traumatized heroine does a reader want to slog through before they're bored?
You have some strange character names. How do you pronounce them?
Since books are text based rather than verbal, I'm not going to say that my way is the "right" way, but here is the way that *I* pronounce a few of them: 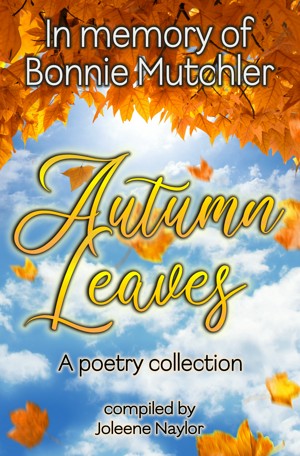 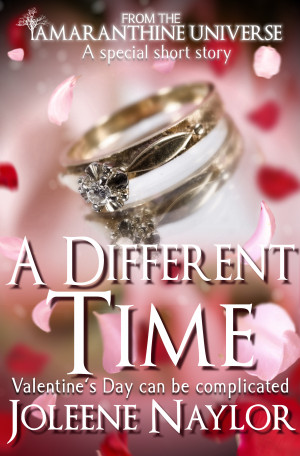 A Different Time by Joleene Naylor
Series: Amaranthine Freebies · Amaranthine Short Stories. Price: Free! Words: 8,950. Language: English. Published: January 29, 2020. Categories: Fiction » Fantasy » Paranormal, Fiction » Romance » Paranormal » General
It’s been two years since Lilith was defeated. Oren and Etsuko have settled down to raise the twins. Though Oren’s old fashioned sensibilities say it’s not official until they’re married, he’s painfully aware that the world – and women – have changed. Can he figure out how to pop the question in this “different time”, or will it be a disaster? 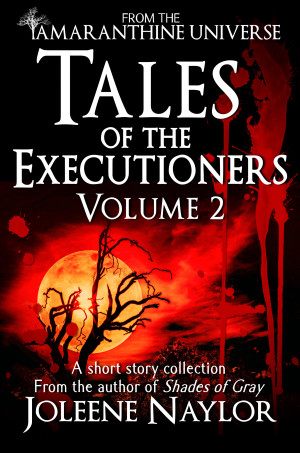 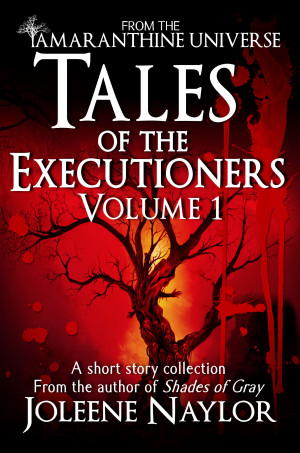 Tales of the Executioners, Volume One by Joleene Naylor
Series: Tales of the Executioners Collections · Amaranthine Short Stories. Price: $2.99 USD. Words: 132,080. Language: English. Published: October 29, 2018. Categories: Fiction » Horror » Undead, Fiction » Anthologies » Horror
Executioner is the name given to the vampires’ elite enforcers; those who uphold the Laws and administer punishment. In Volume One, meet some of those enforcers, learn their origin stories, feel their heartbreaks, their joys, travel with them on assignments, and see how The Guild came to be – but always, always, be wary of their master, Malick. 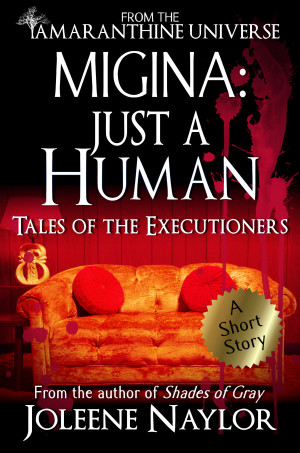 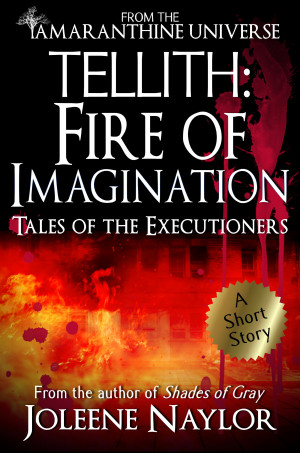 Tellith: Fire of Imagination (Tales of the Executioners) by Joleene Naylor
Series: Tales of the Executioners; free shorts · Amaranthine Freebies. Price: Free! Words: 8,330. Language: English. Published: July 6, 2018. Categories: Fiction » Fantasy » Paranormal, Fiction » Horror » Undead
Short story. Number twenty-one of the Tales of the Executioners, stories about the vampires elite "police force". Tellith is on vacation when he gets a call the the citadel is under attack! Is it the Hand of Death and his army? Will anyone survive? Can Tellith get back in time to do anything? And if he does, will he end up dead, too? It's a race cross country that he might just lose. 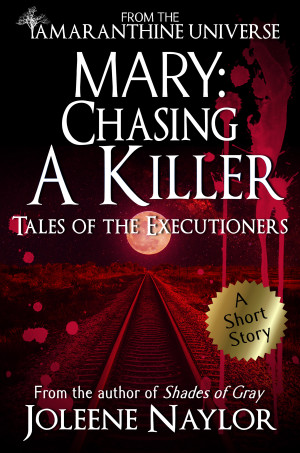 Mary: Chasing a Killer (Tales of the Executioners) by Joleene Naylor
Series: Tales of the Executioners; free shorts · Amaranthine Freebies. Price: Free! Words: 6,930. Language: English. Published: June 4, 2018. Categories: Fiction » Horror » Undead
Short story. Part of the Tales of the Executioners, stories about the vampire's elite "police force". Mary's spent ten months chasing a rogue vampire and finding clever ways to cover up his mass slayings - from fire to fake ax murder scenes. Finally, in a small town in Iowa, things are about to come to a head. She'll catch him this time - or else. 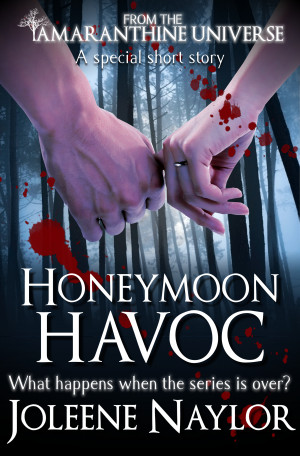 Honeymoon Havoc by Joleene Naylor
Series: Amaranthine Freebies · Amaranthine Short Stories. Price: Free! Words: 8,240. Language: English. Published: May 22, 2018. Categories: Fiction » Fantasy » Paranormal, Fiction » Horror » Undead
The Amaranthine series may have ended, but Jorick and Katelina's life together is just beginning. Jorick is looking forward to the departure of their Japanese guests, so he can be alone with his new wife, when trouble shows up in the form of a redheaded Executioner and a vampiress who needs help. Will they ever find peace and quiet? 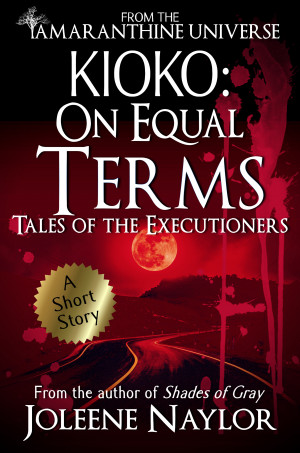 Kioko: On Equal Terms (Tales of the Executioners) by Joleene Naylor
Series: Tales of the Executioners; free shorts · Amaranthine Freebies. Price: Free! Words: 9,430. Language: English. Published: May 2, 2018. Categories: Fiction » Horror » Undead, Fiction » Fantasy » Paranormal
Short story. Contains Spoilers for Ashes of Deceit. Only an Executioner for two weeks, Kioko is assigned mid-job to drop everything and help Ark apprehend a vampire-human duo wanted for murder. But it's not just any duo: it's the legendary Hand of Death Jorick and his so-called human pet. 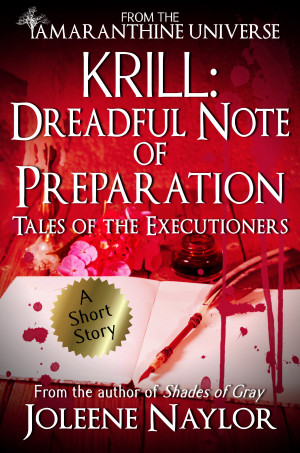 Krill: Dreadful Note of Preparation (Tales of the Executioners) by Joleene Naylor
Series: Tales of the Executioners; free shorts · Amaranthine Freebies. Price: Free! Words: 8,450. Language: English. Published: April 1, 2018. Categories: Fiction » Horror » Undead, Fiction » Fantasy » Paranormal
Short story. It's 1893 when Krill finds a threatening note in his room. Could it be a joke, perpetrated by his friend Hugh? After all, he's only a guard at the citadel. He doesn't have many enemies. Who could mean him harm?
View their profile to see all of their books