Published 2019-04-30.
When did you first start writing?
I started writing creatively in 2015. Before that my writing centred on engineering reports, proposals and project management plans.
Where did you grow up, and how did this influence your writing?
I grew up in Lobethal, a small town in the Adelaide Hills, east of Adelaide, South Australia, although I spent a lot of time on farms both the one my father was managing and my Grandmother's farm further east in the Murray Mallee. I think that my childhood have provided many practical country living experiences that I have drawn on in some of my writing material.
What is your writing process?
Once I have an idea for a story and have conducted any needed research, I develop a plot bubble diagram, which is an A3 sheet of paper where I draw bubbles that have the main events of the story and draw lines between them to show the interactions between them. This helps me nut out the main storyline that I want to follow. I then write. Once the story is written, it's time for the review process and eventually the story is ready to publish.
What's the story behind your latest book?
The latest book I have published is a classic fairytale in a sci-fi setting. Halwende crash-lands on a planet where a power struggle between the princess (and rightful ruler) and a power hungry tyrant, who wants absolute power. They are in a civil war that Halwende doesn't want to be involved in because of previous bad experiences. He is eventually drawn into the war and falls in love with the princess. After many struggles, the princess is captured by the tyrant who intends marrying her to cement his claim on power. Halwende rescues her and defeats the tyrant.
Describe your desk
I do my writing in my study mostly in peace quiet where I can concentrate. There is a view of the mountains outside of my window when I want to think. Books and other documents clutter my desk but they mostly have something to do with my writing.
What are you working on next?
I am currently working on two books. One explores what the world might be like if we suddenly lost all electricity, how we would survive and what things we would have to re-learn and change to live in a pre-electricity world again. The other book is the third book in my 'Reach for the Stars' trilogy where the main characters travel to Tau Ceti and explore the planets there. They discover another sentient life form, who provides answers to what happened in the second book.
What do you read for pleasure?
I read just about anything but I read mainly science fiction for pleasure. I enjoy reading good general fiction books as well and also general science books about the frontiers of physics. Ancient and medieval history are also good reads for me.
What motivated you to become an indie author?
I wanted to get my material out into the reading domain and not have to wait for some mainstream publisher to 'discover' me. I wrote what I write to be read, not sit gathering dust on my shelf. The idea of global coverage was also a reason.
How has Smashwords contributed to your success?
I wouldn't say I am successful yet but I chose to get on board with Smashwords because it was an easy and straightforward process to publish with them and they have a distribution system to the other mainstream on-line book sellers.
What book marketing techniques have been most effective for you?
This is where I am weak at present. I do not have much of a marketing strategy at the moment except to announce a new book or short story on my blog and in the social media. I have also made one of my existing books free for a period of time when releasing a new book - great for downloads of the free book but not particularly good for book sales.
What is the greatest joy of writing for you?
I would say that my greatest joy is exploring where my story goes as I write it. I plan out the outline of the story before I start writing but I find that I often diverge from the plan into directions that are more interesting than the original plot.
What do your fans mean to you?
Without fans, the author has no audience to entertain. I first and foremost want to entertain with my writing. If I achieve that I have succeeded. My feedback is the acknowledgement and reviews of people who take the time to read my material.
Who are your favorite authors?
My favourite authors of all time are Isaac Asimov, Arthur C. Clarke and J. R. R. Tolkien.
What is your e-reading device of choice?
I am an Apple freak so my e-reading device of choice is the iPad. I actually started reading eBooks on a palm PDA many years ago when I was working overseas. It was great while being driven back from the site I worked at to the hotel in the evening when reading books was impossible because it was dark. I graduated to the iPad when technology developed.
When you're not writing, how do you spend your time?
When I am not writing I also dabble with developing apps for tablets and still do some engineering part time. I also do some woodcarving and play my guitar and of course I read.
Smashwords Interviews are created by the profiled author or publisher. 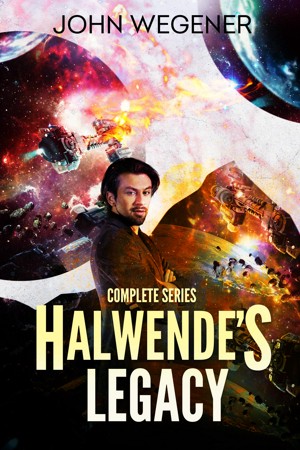 Halwende's Legacy by John Wegener
Price: $5.99 USD. Words: 221,520. Language: English. Published: November 14, 2022. Categories: Fiction » Science fiction » Adventure, Fiction » Science fiction » Space opera
You can’t change your destiny. Read all three books of the amazing Halwende’s Legacy trilogy in this box set. Join Halwende as he embarks on a path of discovery, heartbreak, despair and determination to retake what is rightfully his. Can he restore the empire to its past glory? What will it cost him to achieve it? 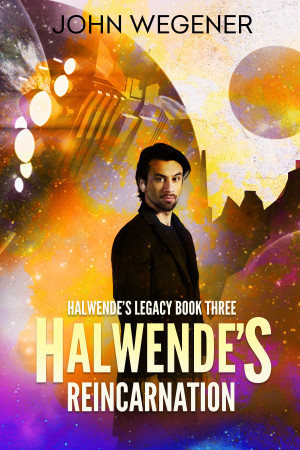 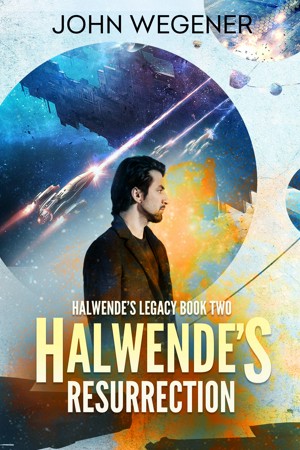 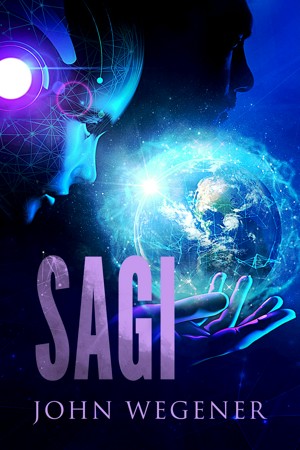 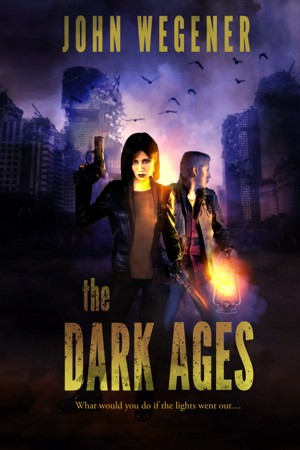 The Dark Ages by John Wegener
Price: $2.99 USD. Words: 79,830. Language: English. Published: September 22, 2021. Categories: Fiction » Science fiction » Adventure, Fiction » Science fiction » Utopias & dystopias
No electricity, a dying town, a reluctant engineer. Will he help them? What will it cost him? Nelson just wants to live in peace on his farm. But when the Earth enters a nebulous cloud and the electricity fails, the town of Seahaven looks to him for answers and leadership. He reluctantly helps but how much must he sacrifice for them? 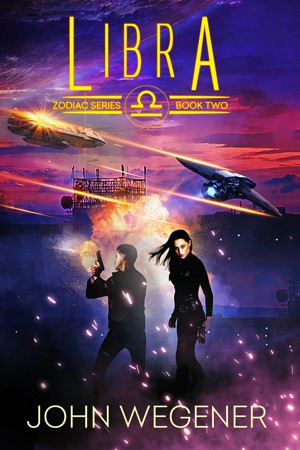 Libra by John Wegener
Series: Zodiac Series. Price: $2.99 USD. Words: 79,910. Language: English. Published: May 4, 2021. Categories: Fiction » Science fiction » Space opera, Fiction » Science fiction » Adventure
I appeal to the President of the Confederation… When a duke and duchess are murdered on Franconia and a Cetusian is convicted, he appeals to the Confederation as a last resort. Can the true murderer be brought to justice? And what is the motive? 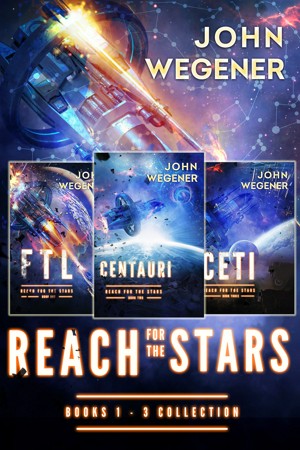 Reach For The Stars by John Wegener
Price: $5.99 USD. Words: 237,540. Language: English. Published: March 11, 2021. Categories: Fiction » Science fiction » Adventure, Fiction » Science fiction » Hard sci-fi
Ethan has a dream of exploring the stars. When he develops the Warp Bubble Drive he can finally fulfil that dream but he has to overcome the greed of a businessman to achieve it and when he does reach the stars, everything isn't as it seems. 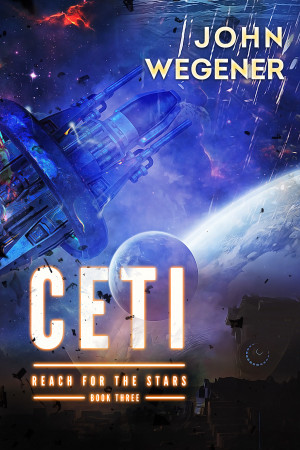 Ceti by John Wegener
Series: Reach For The Stars. Price: $3.99 USD. Words: 71,170. Language: English. Published: December 11, 2019. Categories: Fiction » Science fiction » Hard sci-fi, Fiction » Science fiction » Adventure
Someone is watching… A mysterious star map is found. Ethan, restless for more adventure, goes to explore Tau Ceti and finds another habitable world. Buildings exist where there shouldn’t be any inhabited by an alien. Loki finds out about the alien…and sees potential wealth. Jade is shot and clinging to life. He has only one option to save her, but dare he risk both their lives to save hers? 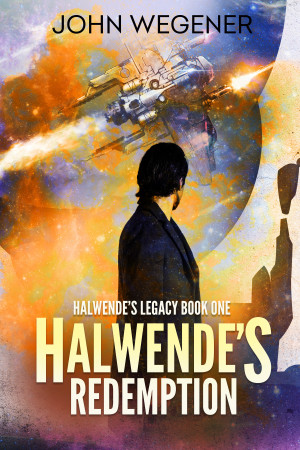 Halwende's Redemption by John Wegener
Series: Halwende's Legacy. Price: $0.99 USD. Words: 77,470. Language: English. Published: December 15, 2018. Categories: Fiction » Science fiction » Adventure, Fiction » Science fiction » Space opera
Halwende wants to forget his past… but can’t. Halwende crash-lands on a planet that shouldn’t exist and is asked to help fight someone else’s civil war he knows that he must deal with his demons, even if it kills him. 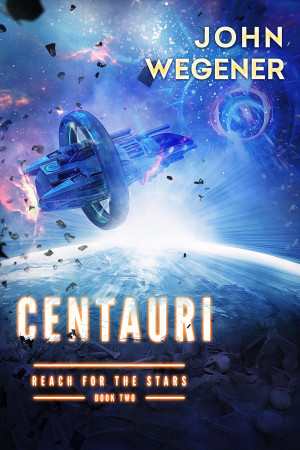 Centauri by John Wegener
Series: Reach For The Stars. Price: $2.99 USD. Words: 82,090. Language: English. Published: December 9, 2017. Categories: Fiction » Science fiction » Hard sci-fi, Fiction » Science fiction » Adventure
Something happened…two million years ago. Ethan heads to Alpha Centauri on his first interstellar adventure with a team he selected. A geological expedition finds a closed off cave. They open the cave and explore it with shocking surprises. When Jade falls ill, Ethan knows he must find a cure before he loses the one who means more than anyone to him. Will they find a cure before it's too late?
View their profile to see all of their books