Published 2017-07-03.
Do you remember the first story you ever wrote?
The first story I ever wrote! That would be Woof! and I remember it as though it was only yesterday. At the time I didn't know Smashwords even existed, and after scanning Amazon I was not surprised to find that there were no books featuring bestiality... to pass time I wrote a short story about a girl recovering from a messy break-up, and a Labrador dog in a rescue shelter, a dog that was too much of a handful for most, (considering all he wanted to do was hump!) The story was simply a distraction until I discovered that there were publishers out there with a broader outlook on life. I had found a home for my vivid and some might say, twisted imagination!
What is your writing process?
Completely seat of the pants!
I try to write something every day, but never plan, (not unless a totally awesome idea came to me the night before,) often when I sit at the computer I have a rough plan in mind, but frequently that changes part way through and I race off at a tangent from the original story idea! I guess you could say I don't really work well with schedules... ask me for a story about a girl who submits to an alien overlord, and at the end it will be about a guy who likes to punish naughty alien girls!
What do you read for pleasure?
Thrillers with a spicy edge, suspense, some action and adventure, quite a wide variety really, it's easier to ask what I don't read, and that's soft and sloppy romance. Life is gritty (and sometimes shitty) I can accept that, and that's why I like something with a little bite!
What is your e-reading device of choice?
The computer!
I've never had a kindle or Nook.
What book marketing techniques have been most effective for you?
That is tough because I've not found anything that really works! Social media is supposed to be the way, but I'm not a very social person, so my following is pretty small! I guess I just try to get my books on as many platforms as possible, then cross my fingers... and pray!
When did you first start writing?
Around 2012, but I didn't publish anything until 2016
What's the story behind your latest book?
Exhibitionism!
It's something that has always intrigued me, from those girls who give a quick down blouse peep through to those that streak across televised sports field naked in front of millions. Public nudity features in many of my stories, I guess it just gives me a buzz as I play the scenario through in my mind as I type!
How has Smashwords contributed to your success?
Smashwords has given me a non-judgmental and sensible platform for the erotica that I want to write, so I would say that Smashwords has been the main contributing factor behind my success.
What is the greatest joy of writing for you?
Kind words from readers. I write for my own pleasure, but I also write to entertain... and to hear that a story was enjoyed is a great joy for me.
What do your fans mean to you?
Everything! My fans are very special people, (and a bit kinky... just like me)
Smashwords Interviews are created by the profiled author or publisher. 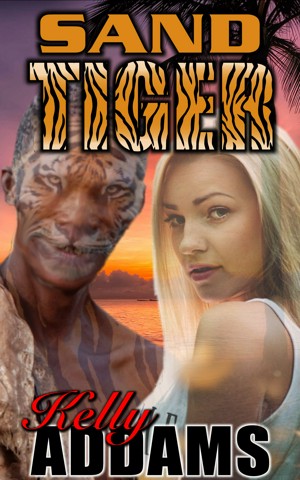 Sand Tiger by Kelly Addams
Series: Naughty Myth, Science Fiction And The Paranormal. Price: $2.99 $2.24 USD. (25% off until Sep. 28!) Words: 9,470. Language: English. Published: September 22, 2020 by PMO Publishing. Categories: Fiction » Erotica » Paranormal, Fiction » Erotica » Menage/Multiple Partners
Wayward socialite Tania has been exiled to a remote tropical island by her daddy, a place where she she can't bring more shame to the family he believes. There she learns of a local legend from the island women, about creatures that live beneath the sand and grab lone women, dragging them down to do unspeakable things. Superstitious nonsense she tells herself… but is it? 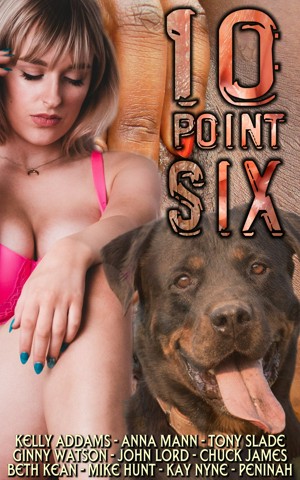 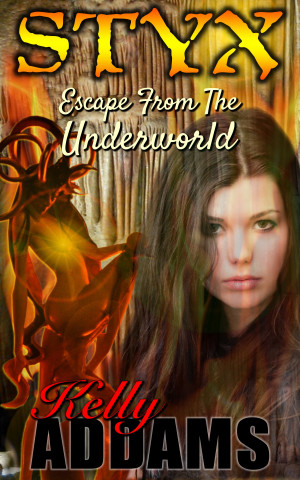 Styx by Kelly Addams
Series: Naughty Myth, Science Fiction And The Paranormal · Hurts So Good!. Price: $3.99 $2.99 USD. (25% off until Sep. 30!) Words: 21,860. Language: English. Published: June 5, 2020 by PMO Publishing. Categories: Fiction » Erotica » Paranormal, Fiction » Erotica » Menage/Multiple Partners
A freak accident has brought brat Lisa to the River Styx, the legendary boundary between the land of the living and the mythological Underworld. She is trapped, but there may be a way for her to return to the light if she can successfully complete a series of tests. Lisa is going to learn a great deal about herself as she faces her personal demons, and admits who, and what, she really is. 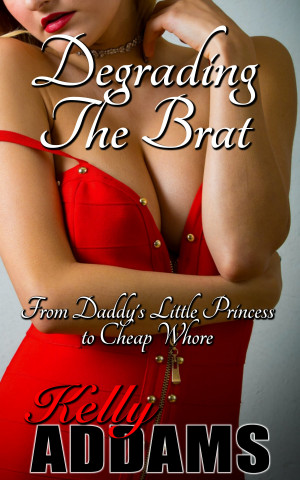 Degrading The Brat by Kelly Addams
Price: $1.99 USD. Words: 4,440. Language: English. Published: April 29, 2020 by PMO Publishing. Categories: Fiction » Erotica » Men's Erotica, Fiction » Erotica » Women's Erotica
Nineteen year old brat Tanya has reached rock bottom. Daddy's little princess has just discovered that the world is tough when your daddy has been revealed as a drug dealer and has had all of his assets frozen. Suddenly she has no friends, no home and no money… only the gold chain around her neck. She must sell it to survive, but will the dealer want more than just her necklace? 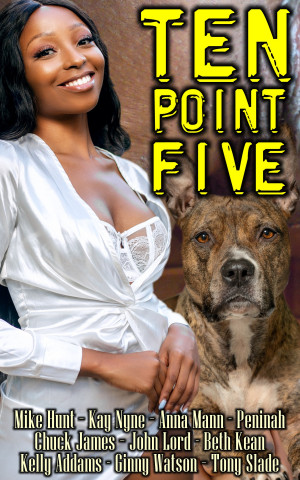 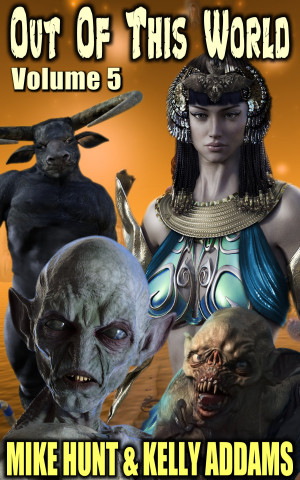 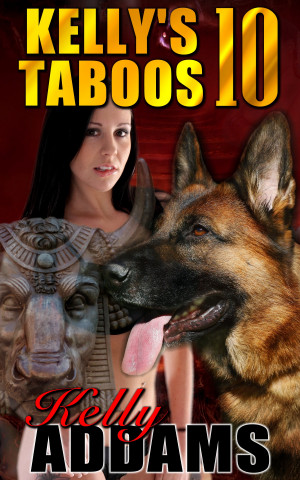 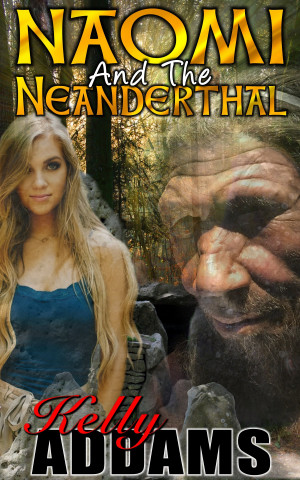 Naomi And The Neanderthal by Kelly Addams
Series: Naughty Myth, Science Fiction And The Paranormal. Price: $2.99 $1.99 USD. (33% off until Sep. 28!) Words: 8,700. Language: English. Published: January 13, 2020 by PMO Publishing. Categories: Fiction » Erotica » Lesbian Erotica, Fiction » Erotica » Paranormal
Promiscuous Naomi has embarrassed her father for the last time, and finds herself banished to her Aunt Helga's guest house in the Carpathian Mountains, just until the dust settles and people find someone else to gossip about. In Romania she can't get into more trouble he thinks, but Naomi finds a tunnel in the woods, a tunnel that leads to prehistoric taboo! Incest and Dub-Con Content. 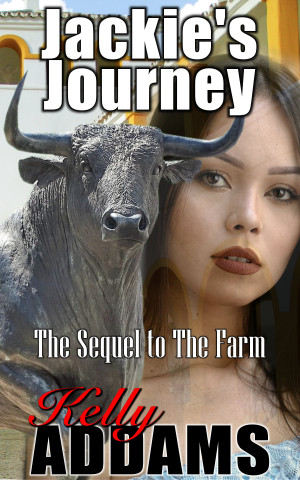 Jackie's Journey: The Sequel to The Farm by Kelly Addams
Series: Bestiality. Price: $2.99 $1.50 USD. (50% off until Sep. 28!) Words: 10,540. Language: English. Published: December 24, 2019 by PMO Publishing. Categories: Fiction » Erotica » Men's Erotica, Fiction » Erotica » Lesbian Erotica
Kinky bestiality slut Jackie returns in the long awaited sequel to - The Farm. Finding herself invited to stay with Farm owners Marcus and Gillian, Jackie is easily convinced to stage another explicit beast show for the camera, but this time her co-star isn't a placid pony, now she is faced with the challenge of a lifetime… can she rise to the occasion, or will she have reached her limit? 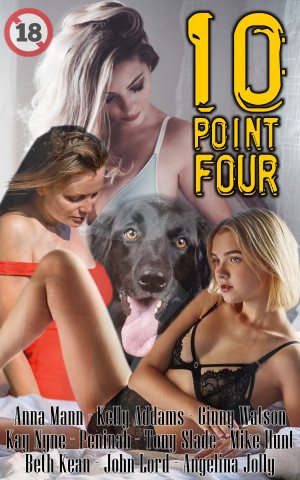