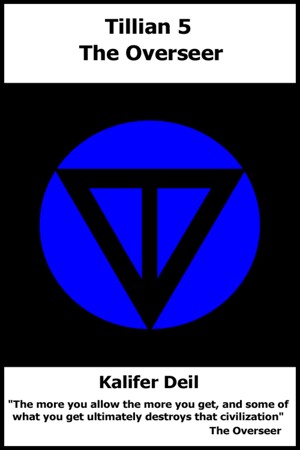 Tillian 5 - The Overseer by Kalifer Deil
Price: $2.95 USD. Words: 78,710. Language: English. Published: May 29, 2012. Categories: Fiction » Science fiction » Hard sci-fi
In this Volume III, Maggie faces many powerful potential enemies and the possible end of the Universe. At first the Clicker's, an insectoid race of beings, try to take over the Earth's and Tillian 5's android population. Next, the Overseer decides he wants Maggie to himself. That event is followed by the Assemblers, an emotionless race, who want to reform all planets in their path to their purpose 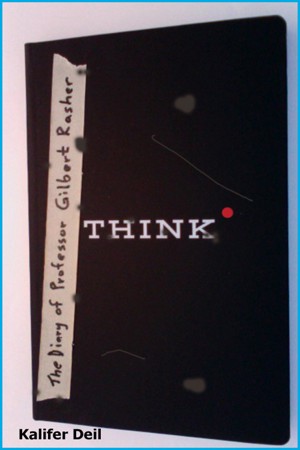 The Diary of Professor Gilbert Rasher by Kalifer Deil
Price: Free! Words: 33,300. Language: English. Published: May 11, 2011. Categories: Fiction » Science fiction » General
This book, in the form of a diary, is a complement to the Tillian 5 Trilogy. The diary starts out as a prequel to “Tillian 5 - A New Beginning.” It continues on the same time line as “Tillian 5 - A New Beginning” but on Earth with no knowledge of the events unfolding on Tillian 5. The diary then merges with the beginning of “Tillian 5 - Return to Earth.” 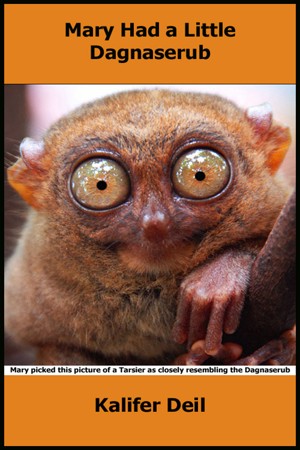 Mary Had a Little Dagnaserub by Kalifer Deil
Price: Free! Words: 2,450. Language: English. Published: March 27, 2011. Categories: Fiction » Children’s books » Fiction
A very short children's science fiction story: Seven year old Mary Johnson met up with a little creature that lost his spaceship. She just thought it was a cute little animal she could take home as a secret pet. Secret because grandma doesn't want pets in her house. When she realized who and what he really was she helped him retrieve his ship so he could return to his mother ship. 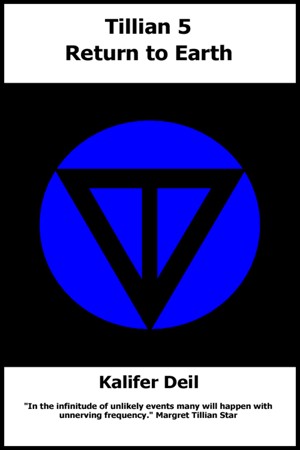 Tillian 5 - Return to Earth by Kalifer Deil
Price: $2.95 USD. Words: 111,160. Language: English. Published: January 9, 2011. Categories: Fiction » Science fiction » Adventure
Maggie and Skip Rogers become android twins of themselves to return to terraform Earth back to what it was using the advanced technology of the Keepers. The Earth population has dwindled to approximately one-million and is ruled by pockets of extremely dangerous criminals and religious fanatics who believe Maggie is the antiChrist. The religious fanatics have access to nuclear weapons. 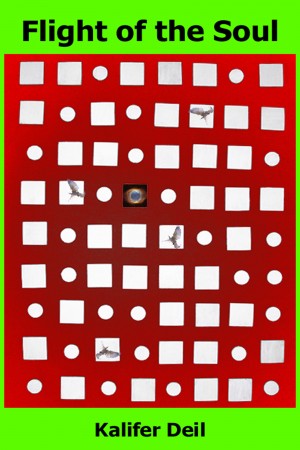 Flight of the Soul by Kalifer Deil
Price: Free! Words: 9,010. Language: English. Published: December 4, 2010. Categories: Screenplays » Sci-Fi
The play “Flight of the Soul” contrasts several points of view about eternal life but features a “brain uploading” concept proffered by Ray Kurtzweil and others including the author. In the play Ray Kurtzweil is thinly disguised as Ray Kurtz. Others are archetypes of other points of view except Bob Mover (a Bill Moyers type) and Mrs. Altevine, a rich widow in search of eternal life. 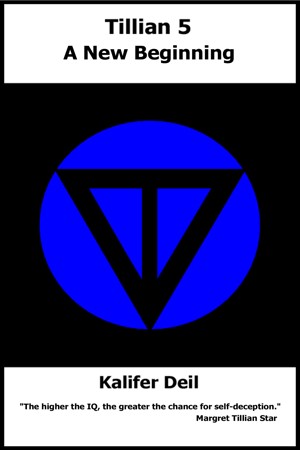 This epic is in three volumes of which this is the first. It is a story of love and adventure as told by the Captain of The Tillian Star. This starship was specifically designed to go to Tillian 5, a planet 60 light years away from Earth. Tillian Star was controlled by a computer called Maggie who became a key player in the survival of this small group of colonists on this very odd alien planet. 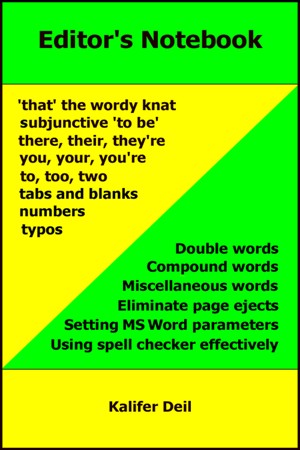 This is a guide to help writers edit their own works. It is often very difficult to find many of your own errors. This guide will provide a systematic approach that if followed diligently will get most of them, prepare for e-publishing and improve style as well. Editors are expensive for self publishers to use so I developed this guide to help me do my own editing. Version 062412 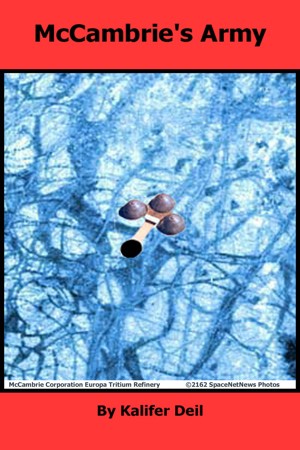 McCambrie's Army by Kalifer Deil
Price: $1.95 USD. Words: 23,040. Language: English. Published: October 27, 2010. Categories: Fiction » Science fiction » Space opera
McCambrie Corporation had a monopoly on off Earth mining of vital materials. Their armed space force dwarfed that of the UN so they where almost impervious to Earth law. U.S. President Thorton wanted to rein in MacC as it was called. Her spy, John Crowley, had a rough start but soon fell in with Barbara Makowitz who seem to have a penchant for sex, murder and mayhem. 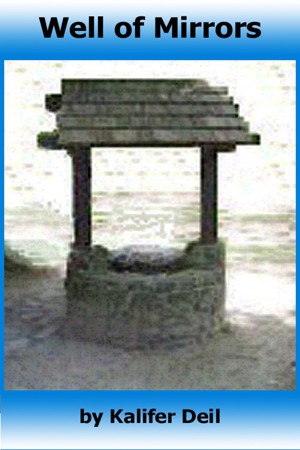 A novella length book about a group of monks assigned to an old mission in the California desert. They decide to dig an old stone lined well a bit deeper in the hope of increasing their water supply. What they discover is a fantastic archeological find of all time but its about to set civilization back to the stone age. As the number of researchers grows so does the danger. 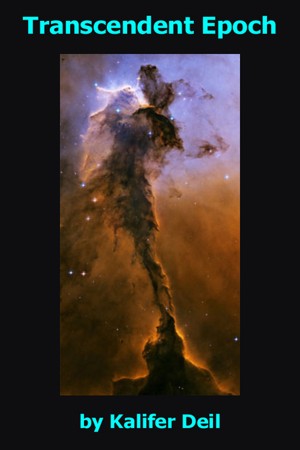 Transcendent Epoch by Kalifer Deil
Price: $0.99 USD. Words: 16,320. Language: English. Published: October 16, 2010. Categories: Fiction » Science fiction » Short stories
Two long short stories 'Eternal M' and 'Big Al' dealing with brain downloading. In 'Eternal M' a Mafia Don finds a professor that he believes is his ticket to immortality. The professor has no idea what's in store for him. In 'Big Al' a multimillionaire used car salesman is enticed to join a group of very cerebral virtual people needing the money for their existence. A very bad idea.
View their profile to see all of their books