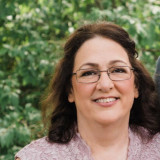 Published 2013-08-22.
When did you first start writing?
I started writing when I first started writing (i.e., when I was about six). I hand wrote a story (about cats) and sent it off to Random House. Imagine my surprise when they didn't publish it! They did, however, send me a very nice rejection letter.
What's the story behind your latest book?
Mist on the Meadow was developed from a "moment of grace." You know the ones where the whole world seems to stop for just a second to show you something ordinary and it seems extraordinary? Like the sun filtering through the trees or, in this case, a buck standing by the side of the road on a winter's day, majestic against the snow and huffing steam from his muzzle. I had to find a way to incorporate that perfect moment, and I did it with a little mysticism and fond memories. Add in some German heritage and stir.
What is the greatest joy of writing for you?
Emptying my head! These stories have played out in my imagination as long as I can remember, and putting them down on "paper" is like recording a movie. Creating lives and situations for imaginary people gives voice to my "I wonder about that person/place/thing" fantasies, and the more I create their story, the more fun I have. The classic game of "what if."
What do your fans mean to you?
Fans are validation. Knowing someone else enjoys my stories motivates me to write more stories. If I can create an alternate reality for someone for a few hours, one that takes them away from the stress and strain of everyday life, I've succeeded.
What are you working on next?
To tell you that it's a romance between an author and a ghost writer doesn't begin to scratch the surface. A woman, who selflessly harvests her eggs so her ungrateful sister can have a child, a man grieving through the final moments of his mother's life. A father whose only means to protect his children is to leave them.
Who are your favorite authors?
I love historical romance. Teresa Medeiros, Mary Balogh. I grew up on Gothic romance - Victoria Holt. I also enjoy suspense - John Grisham, Dan Brown, and I like to be scared (a little) - Stephen King and Rod Serling. These are all authors whose brands I trust. There are other authors whose books I enjoy that don't make the "favorite author" category, but whose books I would recommend in a heartbeat.
When you're not writing, how do you spend your time?
I work a day job. A very demanding day job (hence the need to escape into the world of my imagination from time to time). I like to travel with my amazing husband, and I have also had the privilege of raising two fantastic children. Add a grandchild and a cat to the mix, and I'm easily distracted just "playing." I used to like to bake - a lot - but now I spend that baking time exercising (actually, probably more time exercising than I spend baking). It's the trade-off, you know.
How do you discover the ebooks you read?
Mostly via recommendations and/or promotions.
Do you remember the first story you ever wrote?
After the cat story when I was six? Yes. There was one in high school, a romance, that really didn't have much of a plot, wasn't really very good. Don't think it even had a title, but I remember the characters vividly, and you can expect them to show up in a future book (with different occupations, I would imagine). It was a professional tennis player woman and a professional baseball player man and how difficult it was to have a long-distance relationship (for the most part). Did I mention it wasn't very good?
What is your writing process?
This varies from book to book. It generally starts with a concept. Like the moment of grace for Mist on the Meadow. For Living Canvas, it was a painting (actually a laser print), coupled with a Night Gallery episode of someone walking through the cemetery in the painting. The initial inspiration finds characters to experience the phenomenon and I'm off. I tend to write by the seat of my pants, but I've found that when I take the time to outline where the story is going, I write 1) faster and 2) clearer. Without the outline, I spend a lot of time going backward to set up a plot point that I added later in the story and correcting ideas that work better or don't work at all. I keep notes and research articles/interviews that I need to remember, like character sketches and plot points. And when the story is finished, I comb through it to check for passive voice and overused/filler words. I don't let the nuts and bolts interfere with the creative process. I save that for last.
What are your five favorite books, and why?
On the Night of the Seventh Moon - Victoria Holt. It was the first romance I read, and combined with the history (and my own German heritage) I was captivated. Convincing a woman that she'd lost two of the happiest weeks of her life, that it was a fantasy she'd created to replace a tragic event, was brilliant.

Dragonfly in Amber / Outlander - Diana Gabaldon. These two books were so compelling that I travelled to Scotland to 1) find a fictitious place that didn't exist (Craig na dun) and 2) to travel through a stone circle back in time. Failed on both counts (in case you were wondering).

Harry Potter Series - JK Rowling. Well written, engaging, books that span generations. When an author can write a YA book that pulls in grown-ups, too, she's accomplished something.

The Count of Monte Cristo - Alexandre Dumas. This book was long, and at times confusing and cumbersome, but I liked the way he interwove all the plot points and resolved them.

A Promise of Spring - Mary Balogh. I'm adding this one simply because it touched me in a very personal way. We all have "the one that got away," and she deals with this issue very tenderly, bringing home the point that there are reasons they got away and we should move forward rather than pine after what we could have had.

Jane Eyre. I need to put a qualifier on this. The writing is difficult to read, but the very poignant character sketch rises above that. Right along with the mensa vocabulary and the confusing sentence structure, you get an intimate look at a multidimensional woman that tugs at your heart.
Smashwords Interviews are created by the profiled author or publisher. 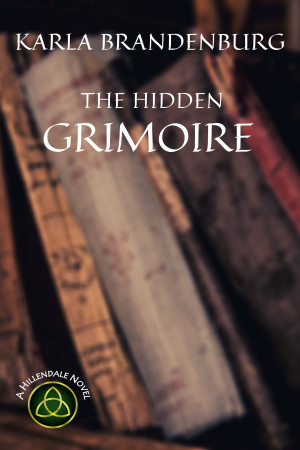 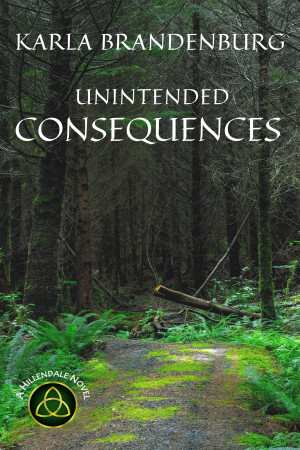 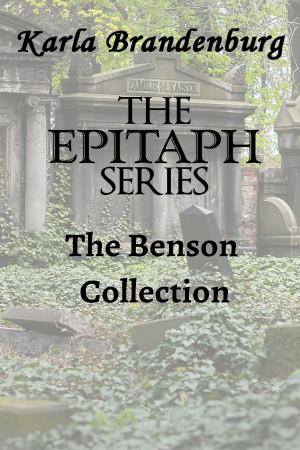 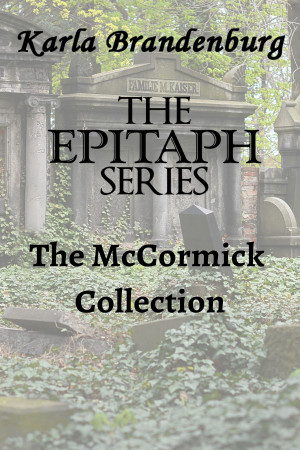 The Epitaph Series: The McCormick Collection by Karla Brandenburg
Price: $6.99 USD. Words: 283,370. Language: English. Published: March 20, 2020. Categories: Fiction » Horror » Ghost, Fiction » Romance » Contemporary
This bundle includes four books from the Epitaph series. Now, all the McCormick books in one place, with the book that started it all - EPITAPH 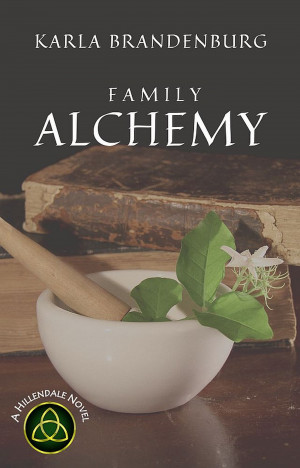 Family Alchemy by Karla Brandenburg
Series: The Hillendale Novels. Price: $3.99 USD. Words: 69,760. Language: English. Published: January 14, 2020. Categories: Fiction » Women's fiction » General, Fiction » Fantasy » Paranormal
Orphaned at an early age, Brynn Taylor knew she was different. Her journey of discovery costs her a car, her college account, the loveless “food and shelter” arrangement with her aunt and uncle, and the future she’d mapped out for herself. Broke and hungry, she meets a relative she didn't know existed, and learns the truth about a legacy she has struggled to suppress. 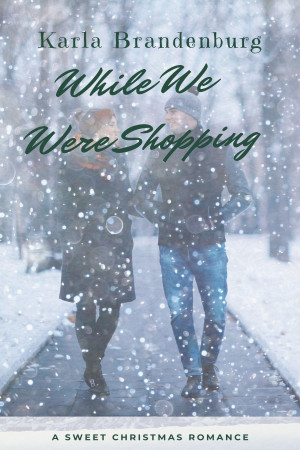 While We Were Shopping by Karla Brandenburg
Price: $2.99 USD. Words: 51,510. Language: English. Published: November 5, 2019. Categories: Fiction » Holiday » Christmas, Fiction » Romance » Clean & wholesome
A boss on the wrong side of the ocean. A coworker separated from his family. A woman on a mission. Everyone deserves a Merry Christmas. 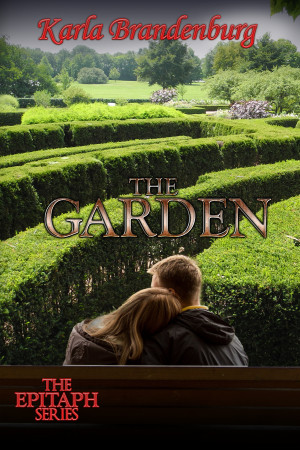 The Garden by Karla Brandenburg
Series: Epitaph. Price: $3.99 USD. Words: 63,030. Language: English. Published: January 22, 2019. Categories: Fiction » Romance » Contemporary, Fiction » Romance » Suspense
Pranks are one thing, but if Brian can’t expose the guilty party behind the explosion in the greenhouse, he and his new boss, Gwen, might both end up dead. 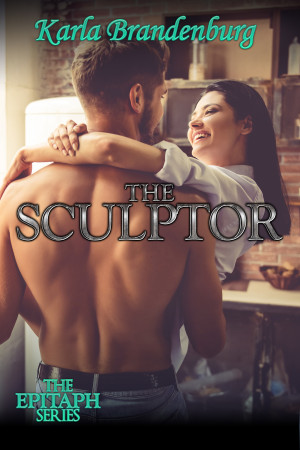 The Sculptor by Karla Brandenburg
Series: Epitaph. Price: $3.99 USD. Words: 55,140. Language: English. Published: September 18, 2018. Categories: Fiction » Romance » Contemporary, Fiction » Romance » General
The more Maggie learns about Thad, the worse she feels for exposing his private moment on her trending blog—except no one seems to recognize him, and that makes her angry. Does she, a stuttering stranger, dare to show Thad’s family and friends, the people closest to him, what they’re missing? And how does she compete with the ghost of a dead girl to win the heart of Edgarville’s confirmed bachelor 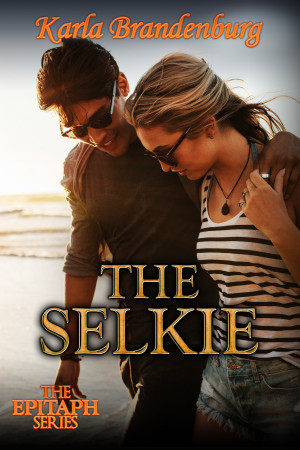 The Selkie by Karla Brandenburg
Series: Epitaph. Price: $3.99 USD. Words: 55,130. Language: English. Published: June 19, 2018. Categories: Fiction » Romance » Contemporary, Fiction » Women's fiction » General
Sent to Ireland to check on the status of one of the athletes she trains, Emma stops in a bar and is told a legend of seals that walk the land as men - Selkies. She wanders down to the sea after a couple of beers and sees two men walk out of the ocean and strip off a layer of black. Are they the Selkies she's been told about? 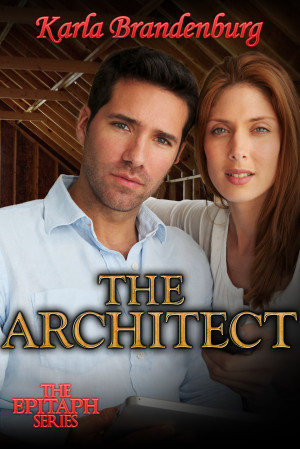 The Architect by Karla Brandenburg
Series: Epitaph. Price: $3.99 USD. Words: 67,700. Language: English. Published: January 2, 2018. Categories: Fiction » Romance » Contemporary, Fiction » Romance » Suspense
A mischievous ghost in a NOLA hotel decides to play matchmaker, but with a strict non-fraternization policy at work, getting involved could get both Kathleen and Sebastian fired. Caught up in the city’s steamy atmosphere, their unexpected connection throws all their plans into a tailspin.
View their profile to see all of their books