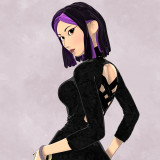 Published 2013-12-21.
Do You Really Like Being Interviewed?
Well, kinda. Here, it's fun! So contact me and ask me a question. If it's a valid one, I'll answer here. Let the fun commence! Hint: It helps if you're a fan.
Do you remember the first story you ever wrote?
Yes. I was five, and it was in picture format on grocery bag paper. I called it Viketa, and it was about a half Viking half Native American child whose father, Eric the Red, collected when she came of age to go a-viking. She had to surmount the obstacles of blending with the crew and earning the respect of her father. She eventually burned the ship and killed him.

I will rewrite this story someday. The characters will probably stay animals.
When did you first start writing?
I've always been writing. When I was a kid, it was in the form of pictures on the sides of brown paper back with crayon. Fanfics, glorious fanfics, were drawn nearly every day I woke up with the sun. I wrote about My Little Pony, Rosepetal Place, the Smurfs, Inspector Gadget, The Lord of the Rings. Viketa was my first original, of course. But when I saw the Secret of Nimh, though, things really exploded for me and I wrote my first nonfanfic prose - the War of the Rodents. The only thing Nimh-ish about it was the fact it took place in a world of mice and rats. The rest was all mine.
What's the story behind your latest book?
At the time I am answering this question my latest released book (not comic), Only The Innocent, is based on your typical "what if" question. I asked myself why it was that unicorns preferred to hang around innocent babes, and what if they did it because that was the only way they could breed successfully? The story that came out of that question sort of rolled with the flow, and with it my mental image of unicorns changed enormously. There can be no Last Unicorn in that universe, and things are a bit more primeval than we would like to admit to ourselves. I think in that sense my personal idea of unicorns has turned back to earlier times - rhinoceroses aside of course.
How has Smashwords contributed to your success?
On a self-publishing front, Smashwords made the publishing part a lot easier. I was already putting things out myself here and there through websites and other small time avenues when I happened to stumble across Smashwords years ago. Back then, Mark Coker was able to answer emails faster and told me without hesitation to go ahead and hop onboard. Well, it was a love affair born to be. Me and Smashwords: we're best friends. (Bet you thought I was talking about Mark.) I find myself recommending Smashwords first to everyone.

Smashwords has gotten my work to a large variety of distribution channels, and my popularity has grown through time. I'm not famous enough yet to quit my day job, but I think so long as I keep plugging at it the possibility is there.
What is the greatest joy of writing for you?
Torturing my characters. Mwahahahha.
What do your fans mean to you?
Gosh, they're easily the biggest part of writing. If I don't feel like anyone cares enough for the story I'm telling or the comic I'm creating to read it, my enthusiasm for the project drops to all time lows. You should always appreciate your readers. As long as I know they're out there, I wake up thinking of what's going to happen next and hop out of bed raring to go.
What are you working on next?
I'm doing a writing no-no: I'm working on several projects at once.

I have The Heavenly Bride, which is a webcomic and serial comic available for purchase through Smashwords and Amazon. It held #1 for a while on the Amazon charts. I haven't checked to see if it has fallen. I'm just happy people like it.

10 Confessions & A Kiss is another comic I do my best to work on from time to time. It's only available through purchase.

And then there's Trait of Honor, my latest novel. I've been working on that book for years - time constraints hold me back a lot of days. Other days I simply get stumped and don't know what to do with the characters next. Although it comes to me sooner or later.
Who are your favorite authors?
Terry Pratchett!

You mean, there are other people?

Okay, there's this lovely author named Elizabeth Boyer. If you like Tolkien's writing, you'll love her work. She is probably the biggest influence on my work.
Where did you grow up, and how did this influence your writing?
I grew up in northern Florida back when we still had winters that froze everything over and made your toes ache. A lot of people don't believe that Florida was ever cold, but I'm telling you that if there was an end to the last Ice Age it happened in Florida.

Obviously, this has allowed me to picture not just the heat of the desert, the heat of the sun bouncing off the beach waves, but frosty winters as well. How it is to slide across ice. Knowing a varied environment is great for your writing; it helps you to create believable environs and describe things you would otherwise have to guess at.
What motivated you to become an indie author?
There was no motivation, it just seemed like the natural way to go. I've been writing and publishing since the 1980's, back when being an indie author meant making your own booklets and zines. I would send my work to Marion Zimmer Bradley (who always had great input) and Asimov's Magazine. Sometimes I'd submit a thing here and there, and of course I tried to find publishers for my book. But I just preferred my own power to do my own thing. I hated the submission process - and now that the submission process has become this overcomplicated ordeal where you have to give a presentation to get the company to even look at your book I think I made the right choice. I published my first novel, Black Wolf Silver Fox, through vanity press (this was before Smashwords existed) and never looked back. I like being my own person.
What inspires you to get out of bed each day?
The bathroom.
When you're not writing, how do you spend your time?
I like to watch a good supernatural mystery in the lines of Haven. I was watching Supernatural for a while, but Dean turned into a whiny bitch and I couldn't stand it anymore. Writers, don't make your characters into whiners unless the point of the story is that they grow out of it. Quickly.

Sometimes hubby and I try to catch up with the rest of the world and watch an episode of Smallville - I didn't get to see it when it was out, so it's new to me.

And then there are days I clean house. Shock!!
Do you remember the first story you ever read, and the impact it had on you?
Yes. I was five, and it was in picture format on grocery bag paper. I called it Viketa, and it was about a half Viking half Native American child whose father, Eric the Red, collected when she came of age to go a-viking. She had to surmount the obstacles of blending with the crew and earning the respect of her father. She eventually burned the ship and killed him.

I'm not sure about impact, but it definitely showed that I was always a storyteller from birth.

I will rewrite this story someday. The characters will probably stay animals.
Smashwords Interviews are created by the profiled author or publisher. 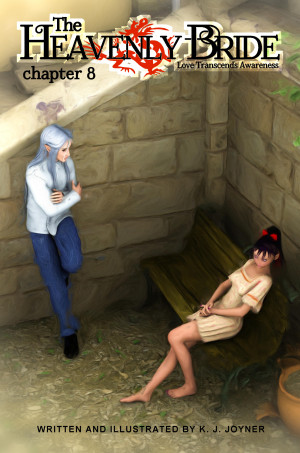 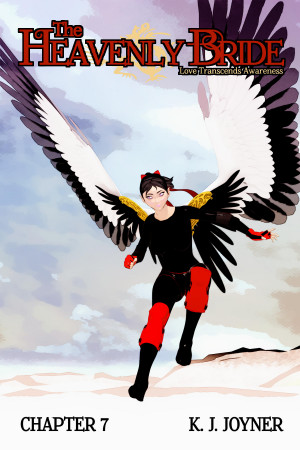 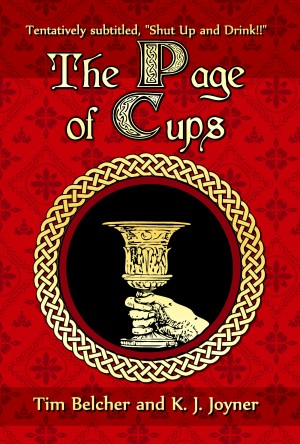 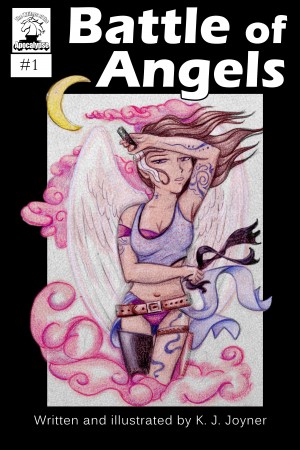 Battle of Angels by K. J. Joyner
Price: $1.99 USD. Words: 620. Language: English. Published: May 6, 2012 by The Writers of the Apocalypse. Categories: Fiction » Graphic novels & comics » Fantasy, Fiction » Graphic novels & comics » Manga » Fantasy
Malek was a warrior who lost the war, her lover and her soul all in the same battle. This covers her brief journey from battle, to jail, and finally to disclosure. 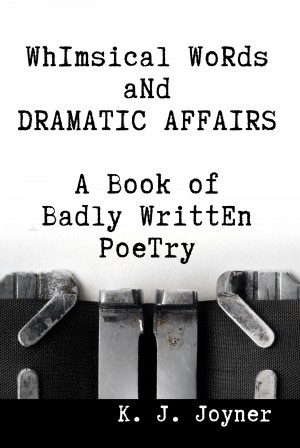 Whimsical Words and Dramatic Affairs by K. J. Joyner
Price: Free! Words: 9,150. Language: English. Published: May 2, 2012 by The Writers of the Apocalypse. Categories: Poetry » Female authors, Poetry » Contemporary Poetry
Whimsical Words and Dramatic Affairs; A Book of Badly Written Poetry is a small collection of rhymes and creatively-penned thoughts by author (and comic artist) Katrina Joyner. These poems span from the horribly cheesy writings of a 16 year old teenager to the deeply-wounded wails of an abandoned single mother. 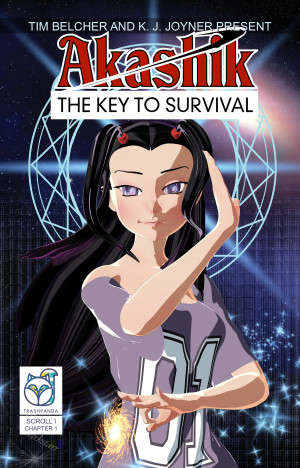 Akashik: The Key to Survival - Scroll I, Chapter 1 by K. J. Joyner
You set the price! Words: 570. Language: English. Published: May 2, 2012 by The Writers of the Apocalypse. Categories: Fiction » Graphic novels & comics » Science fiction, Fiction » Graphic novels & comics » Manga » Science fiction
Taus is on the run. All she wants to do is get her tattoo removed... maybe eat an ice cream without being bothered by the feds... which is why she was forced to steal a pirate ship. 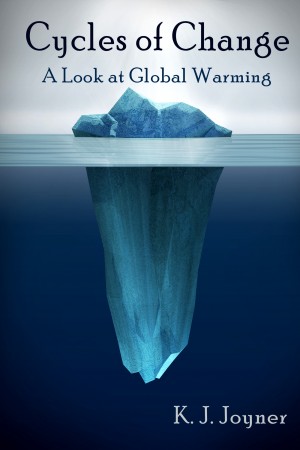 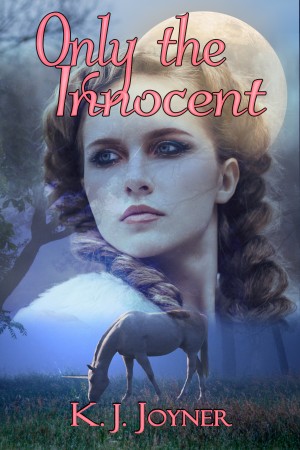 A young woman named Bette is ruthlessly kidnapped as bait for a unicorn hunt. However, something unknown in the primal forest has other plans. 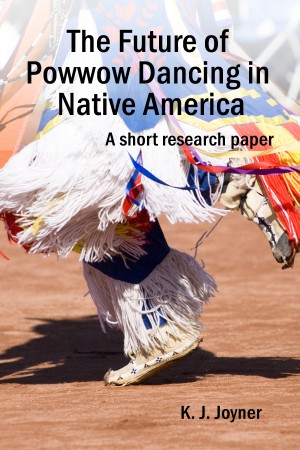 The Future of Powwow Dancing in Native America by K. J. Joyner
Price: Free! Words: 2,500. Language: English. Published: July 31, 2011 by The Writers of the Apocalypse. Categories: Essay » Sociology
A short but comprehensive look at where powwow dancing comes from and where it seems to be going. 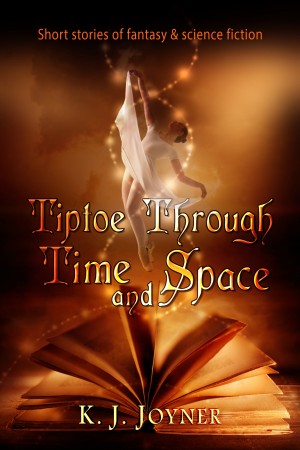 Tiptoe Through Time and Space by K. J. Joyner
Price: $2.99 USD. Words: 37,330. Language: English. Published: June 21, 2011 by The Writers of the Apocalypse. Categories: Fiction » Fantasy » Short stories, Fiction » Science fiction » Short stories
A collection of short stories written over the span of thirty or more years. (The author lost count.) Some are bad. Some are even terrible. Some aren't bad at all. Step into the world of K. J. Joyner's wit, humor, and occasional drama with this collection.
View their profile to see all of their books