Published 2015-02-12.
What's the story behind your latest book?
My latest book is Broken Dolls. There were two things I wanted to challenge myself with in this title. 1. I wanted to write an erotica title without intercourse. (I know that sounds utterly bizarre but it sprang from a conversation wondering why intercourse is the only thing we typically define as "real sex" and the finish line that is the "goal" and what if it was only one of many options? Then I decided I wanted to write a story where it wasn't on the menu at all.) 2. I wanted to redeem a character from another book.

Brian, a villain-type character in a previous book, Guilty Pleasures, was nagging me for his own book. I hated him in Guilty Pleasures and didn't expect to give him his own book. In fact, I thought the less time I spent with him the better, and thought I'd write his little part and then be done with him forever. But it didn't work out that way. Once his back story began to reveal itself to me and a new character showed up that might be his match I began to like him quite a lot and started telling my readers "I'll make you want to have Brian's babies!" (Having read about Brian in Guilty Pleasures and most hating him, too, they didn't believe me.)

Brian is now probably my favorite character I've ever written and the dual challenge of redeeming him while taking "the most common and expected sexual activity" off the table in an erotica novel was definitely a fun challenge I'm glad I took.
When you're not writing, how do you spend your time?
Legos, listening to classical music, symphony, ballet
How do you approach cover design?
I hired someone completely awesome, then I try to just stand back and let her be awesome.
What do you read for pleasure?
Usually things that aren't directly inside my own genre niches. Like I read YA (though I'm frustrated with the lack of stand alones), I like historical romance, I like classics, I like quirky comedic things. I write pretty dark so I try to read lighter than I write as a pressure release valve of sorts.
What is your e-reading device of choice?
Kindle.
What book marketing techniques have been most effective for you?
Bookbub without question. Also launch is important. I've found making mistakes with how I approach the launch can really cost me sales ranking/visibility.
What do your fans mean to you?
Everything. They are why I can do this as my job and can wake up in the morning and think "I'm a novelist. That's really my real job." That's pretty cool.
What are you working on next?
A book I'm being completely hush hush about because I'm trying a different approach and trying not to speak about my process during this book. But I AM working on something.
Smashwords Interviews are created by the profiled author or publisher. 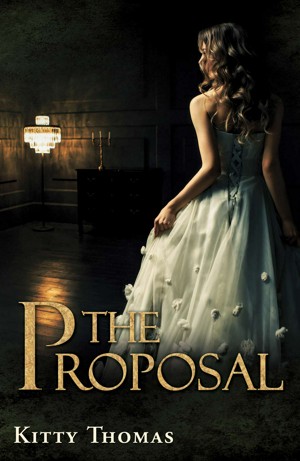 The Proposal by Kitty Thomas
Price: $4.99 USD. Words: 70,540. Language: English. Published: October 14, 2020. Categories: Fiction » Romance » Suspense, Fiction » Romance » Contemporary
I got in over my head. I bit off more than I could chew. And now my fate is sealed to the most ruthless man I know. Two hundred and fifty guests. They think they know what's happening today. But they don't have a clue. My wedding day. But it's so much more than that. NOTE: This is a standalone contemporary dark romance with NO cliffhanger! 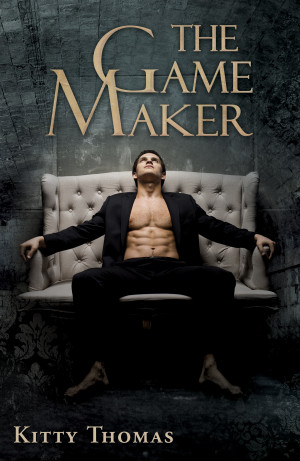 The Game Maker by Kitty Thomas
Price: $4.99 USD. Words: 49,070. Language: English. Published: July 15, 2020. Categories: Fiction » Romance » Contemporary, Fiction » Romance » Suspense
I was too isolated. I was about to be evicted. I made a final desperate call to the man who ruined my life, but he didn't come for me. Someone else did. 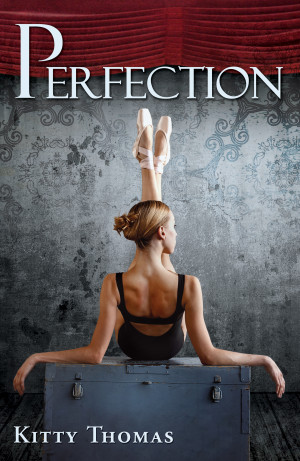 Perfection by Kitty Thomas
Price: $4.99 USD. Words: 45,230. Language: English. Published: April 7, 2020. Categories: Fiction » Romance » Suspense, Fiction » Romance » New adult
Everyone thought I was married to the perfect man. But if Conall Walsh were perfect, I wouldn’t have killed him. 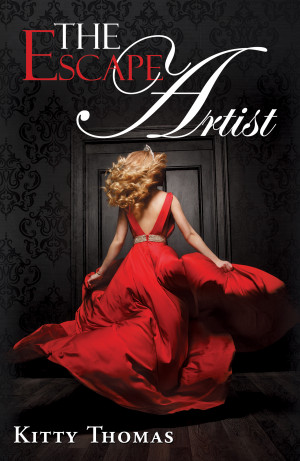 The Escape Artist by Kitty Thomas
Price: $4.99 USD. Words: 72,980. Language: English. Published: January 13, 2020. Categories: Fiction » Romance » Suspense, Fiction » Romance » Contemporary
Claire was held captive for 43 days by a man who did unspeakable things to her. Three years after her escape, she gets her revenge. The only problem is, she's got the wrong man. God help her if he escapes. 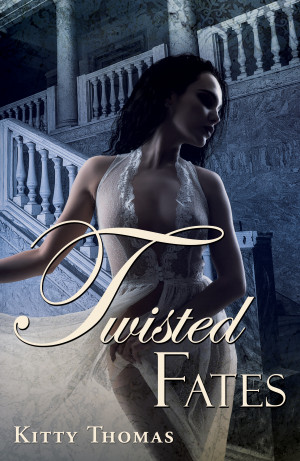 Twisted Fates by Kitty Thomas
Price: $4.99 USD. Words: 84,390. Language: English. Published: September 17, 2019. Categories: Fiction » Romance » Contemporary, Fiction » Romance » Suspense
When Lindsay Smith brought her to the house, it was to train and sell her. They both knew it. She'd agreed to this arrangement. She wanted to belong to someone. But Lindsay wanted her to be his. Three days into her stay at the pleasure house, Shannon Foster's life is forever destroyed by a sociopathic monster. Lindsay saved her life that day, but the scars bind her to the house without a future. 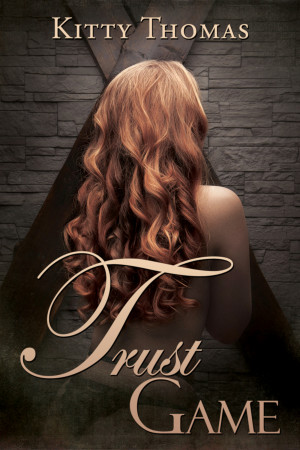 Astrid believes she'll never be free of her abusive husband--until she walks in on his murder. His killer is unable to take her life but refuses to set her free. Will she come to enjoy her new cage and the man with the keys to it? NOTE: This is a novella of approx. 21,000 words. It will take 1-2 hours for the average reader depending upon reading speed. 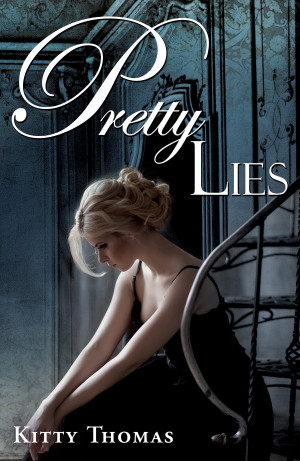 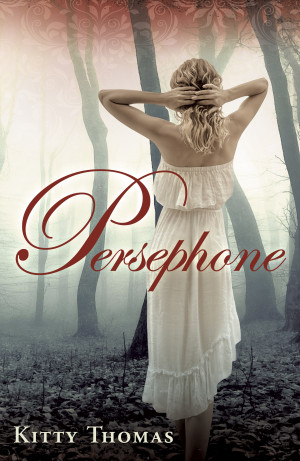 Persephone by Kitty Thomas
Price: $4.99 USD. Words: 49,910. Language: English. Published: June 26, 2017. Categories: Fiction » Fantasy » Dark, Fiction » Romance » Fantasy
Hades has been searching for his destined queen for nine centuries. When he finds her no power on earth or below it will stop him. He will take her. He will corrupt her. And Zeus will suffer for daring to keep her from him. 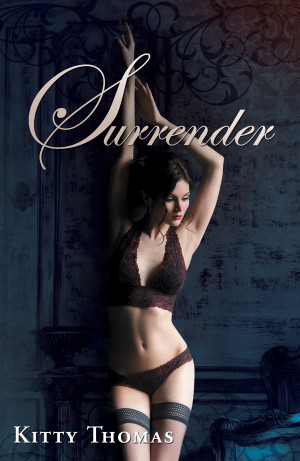 Surrender by Kitty Thomas
Series: Pleasure House, Book 3. Price: $4.99 USD. Words: 70,150. Language: English. Published: March 27, 2017. Categories: Fiction » Thriller & suspense » Psychological thriller, Fiction » Romance » Contemporary
Julie wants Gabe Griffin like fish want water, but what she wants is sweet domestic bliss and a white picket fence. What Gabe wants is to put a collar around Julie’s throat and train her in the finer points of being his slave. At first too innocent, then too broken, can Julie ever surrender to the man intent on claiming her? 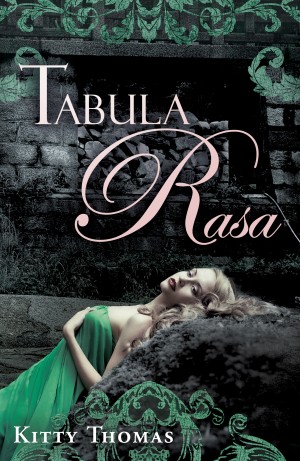 Tabula Rasa by Kitty Thomas
Price: $4.99 USD. Words: 71,000. Language: English. Published: June 15, 2016. Categories: Fiction » Romance » Suspense, Fiction » Thriller & suspense » Psychological thriller
When you can't remember your life, how can you know which man to trust?
View their profile to see all of their books