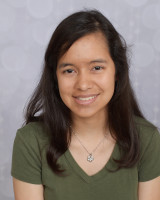 This interview has been viewed 494 times.

When did you first start writing?
I think I first started writing prior to actually knowing how to write. I drew pictures to tell stories when I was little before I was actually taught how to write. However, there was never a given moment where I had an epiphany that this is what I want to do. I think I've always known.
What's the story behind your latest book?
My latest book (which is my debut novel) focuses on the interconnectivity amongst the human race, how the line between what's real and what's fiction can be quite vague, and how one can experience the most whimsy of experiences in a concise period of time.
What motivated you to become an indie author?
I was attracted to the indie route because of the freedoms it brought. You get to spend as much time as you want on writing and editing the book, you get to decide when your book is ready for publication, you get to decide what day to release it, you get to decide how much it will cost, what the cover will look like, etc. Basically, any decision that may otherwise be out of my jurisdiction if going the traditional route of publishing was what drew me to the route I'm on now. And yes, while there are the downsides in regards to making it more difficult to promote your own work and other things, I felt that this was the best route for me to start off with. I'm a very stubborn person, and I generally don't like people telling me what to do or take over my content.
How do you approach cover design?
I use a lot of heavily filtered, heavily edited photographs that I take myself for my cover designs. Sometimes I'll have an idea on how it will look and come up with a way on how to show that in a photograph. Sometimes I don't know what it's going to look like, and I would just have to keep my eyes open for ideas. When I do come up with an idea, I just observe it and see how I can build off it from there, while still keeping in tune with the book's overall feel.
Who are your favorite authors?
I have quite a number of favorite authors; some of whom have been very influential to me. Names that I can think up of include Witi Ihimaera, David Mitchell, Haruki Murakami, Gene Luen Yang, and more. Anyone who has exceptional skills at telling unique stories are often the ones that I'm drawn to the most.
What do you read for pleasure?
I'm kind of all over the place when it comes to the books I read for pleasure. I'm not one of those people that sticks to one specific genre. As long as the story moves me, then that's all that matters to me. Take right now for instance. At the moment, I'm reading "1Q84" by Haruki Murakami, and much like his other novels, it's unusually weird but equally as intriguing in its own way. The book I read before that: it was the third novel of Chris Colfer's "Land of Stories" series. That's what I mean when I say that my interest in books is quite diverse.
How do you discover the ebooks you read?
Sometimes through other sources, like news sources and blogs and similar venues. It may be an interview with the author, it may be a review on the novel; but if the source is intriguing enough in describing the book, then I'm often motivated to pursue reading it.
When you're not writing, how do you spend your time?
I'm an avid music listener, so I'm often listening to my iPod whenever I can. I also find myself looking for new music to listen to regularly on iTunes. I'm also an adamant reader, and my list of books that I want to read is constantly growing. Honestly, I own so many books, my little bookshelf can't even contain them all! I also enjoy traveling places, which is why sometimes I make trips to San Francisco on my own, just to walk around and explore the city. I'm also an adamant YouTube watcher. A lot of the material on there- whether that be music, comedy, short films, etc.- that I like to watch often times tend to be a lot better than some of the stuff that's out in the mainstream
What is the greatest joy of writing for you?
For me, the greatest joy of writing is the fact I can express experiences- whether real or fiction- in my own words, and am able to live or re-live them as vividly as possible through them. In the case of fiction, another great joy can also be found in getting as faraway from my own life as much as possible, and create lives that are far different- and maybe even much more exciting- than my own.
What are you working on next?
Now that my first book is out, I'm heavily promoting it whenever I can, so I'm very focused on that. In the mean time now, I'm at the beginning stages of creating my second novel. Since it's still very early, all I'll say about it is it's a sci-fi-adventure that takes place in the future, but unlike other futuristic novels that are currently out on the market, I think this one will be very different in several ways.
Published 2014-08-01.
Smashwords Interviews are created by the profiled author, publisher or reader. 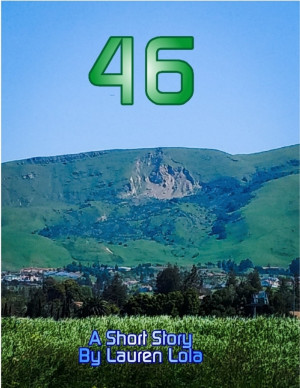 46 (A Short Story) by Lauren Lola
Price: $1.99 USD. Words: 5,500. Language: English. Published: July 11, 2017. Categories: Fiction » Themes & motifs » Political
With a tense political climate weighing heavily on them, two lifelong best friends remove Islamophobic flyers from the front windows of vehicles at the newly opened Warm Springs BART station. What they don't expect is to experience both the negative and positive effects of being part of the resistance. 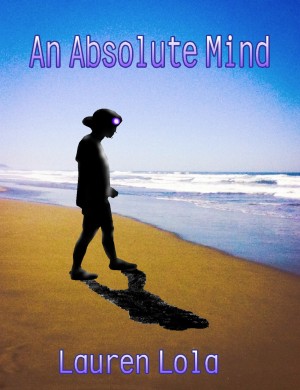 An Absolute Mind by Lauren Lola
Price: $3.99 USD. Words: 89,640. Language: American English. Published: November 15, 2016. Categories: Fiction » Science fiction » Adventure
A young woman with a genetically evolved, cognitive ability is transported to a secret safe island, for her protection. But upon learning the real forces in charge of the island, she steps up and leads a revolution to take action against inaction. 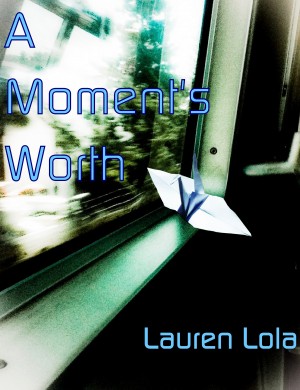 In her debut novel, Lauren Lola presents a cast of characters as they demonstrate the interconnectivity of the human race, the not-so fine line between fiction and reality, and the beauty of what can be sought, discovered, and learned in a short period of time.