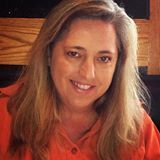 This interview has been viewed 759 times.

Published 2013-09-30.
Where did you grow up, and how did this influence your writing?
I grew up in the upstate of South Carolina not far from the Blue Ridge Mountain chain. I was the youngest of four and was a "surprise" to my parents, arriving six years after my older brother was born. Being the baby had its benefits. One, my brothers and sister adored me . . . and I milked it. And two, those same older siblings had a love for Jeep Wranglers which translated into weekend adventures, baby! So, many times we piled in those jeeps and took off to the mountains, exploring back roads and out of the way places. It was because of these adventures, and many others I have had over the years, that gave me the material for my first book Blackridge-Book One of the So'ladiun where I tried to incorporate certain sights and smells for my characters while on their journey through similar mountains.
Where did you get the idea behind your latest book?
Blackridge, Book One of the So'ladiun was the result of a short, but vivid dream I had one morning way back in 2007. It played out like a movie, and when it started I watched from afar as a spectator. There was a magician who was fighting against something beside a river. (I couldn't see who or what he was fighting.) Then something went wrong and he fell injured to the ground. At that point, I became him and I could feel him dying. This is why it was so vivid. I have never had a dream like that before, and believe me, I have had some truly strange dreams, including one this morning, but I'm getting sidetracked. So he/me is lying on a sandbar dying. Two teenagers drop beside him/me, concerned. The magician/I can see a pendant dangling on a nearby limb, sparkling in the sun, and it was important for the teens to retrieve it. When he/me finally gets them to understand what he wanted with nothing but definitive eye movements and sees the pendant is safe, he lets himself go . . . and I felt him die. At that point I awoke, glad I didn't go with him. I lay in bed wishing the dream had continued and I knew more about the characters. It was then that I decided to write the story. So, now I know the first two parts (having written two books already--the second will be published soon). The rest is still unfolding.
What motivated you to become an indie author?
I thought long and hard about which way to go, traditional vs. indie. At first I started to go traditional and even sent my manuscript off to one publisher, but soon after mailing it I kicked myself because I realized it wasn't ready yet. I reworked it once again and while doing so started to change my mind about going the traditional route. I may have picked the harder road of the two, only time will tell, but with guidance from God, hopefully, it will turn out okay in the end.
What is the greatest joy of writing for you?
The greatest joy is being able to daydream and be creative, which is my passion--not to mention I like to share my stories with others. Hopefully, readers will enjoy them, too.
What do your fans mean to you?
Everything!! I love interacting with people, and the fans are the greatest people God placed on this earth. I have to say a great big thank you to all who follow my work.
What are you working on next?
Right now, I'm multi-tasking between marketing, editing the second book, designing the book cover for the second book, developing my plot for a third book in the So'ladiun series, and kicking around a few ideas for short stories. Sigh. Sadly, my house is feeling the neglect of all this activity.
Who are your favorite authors?
There are so many, I'll only list a few.
J. R. R. Tolkein, of course he tops the list.
Robert Louis Stevenson
Charles Dickens
Harper Lee
C. S. Lewis
David Eddings
Terry Brooks
Diana Gabaldon
J. K. Rowling
I'll stop here. There are so many others.
When you're not writing, how do you spend your time?
When I'm not writing I spend a whole lot of time being a mother to two teenagers and wife to an amazing guy. We love college football, cooking out, vacationing at the beach when possible, and taking care of our small zoo of animals that include dogs, goats, a horse, and a cat that rules over all who reside within the house. And if anyone gets out of hand, the cat will chase your tail down the hall. Just ask my son, he'll tell you what I'm talking about.
How do you discover the ebooks you read?
Either by skimming through the listings or through the connections that I make with other writers. Being an indie author, I want to support talents who have not yet made it on the bestseller's list. I got y'alls back, you hear?
Do you remember the first story you ever read, and the impact it had on you?
The Hobbit by J. R. R. Tolkien wasn't the first story I ever read (Dick and Jane books were), but it was the one that made the difference. Before then I only read because of school, but after a friend loaned me this book, I was hooked for life. I loved the adventure--the idea of immersing myself in a world so different from the one I lived in. From then on, my love of books grew into a passion where I was not happy unless I had a new adventure to read in my free time. That same passion much later translated into a new passion of creating my own adventures for others to read.
Smashwords Interviews are created by the profiled author or publisher. 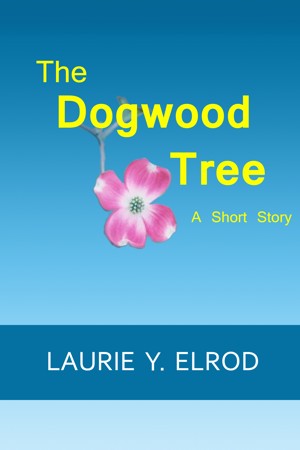 The Dogwood Tree by Laurie Y. Elrod
Price: Free! Words: 8,690. Language: English. Published: August 28, 2013. Categories: Fiction » Fantasy » Short stories, Fiction » Adventure » Action
Mayenta has once again returned to the land with no recollection of where she had gone. All she knew was, every time she returned to the vale, she returned lying in the same spot underneath a dogwood tree growing high upon Honor Mountain--and, as usual, she returned naked. What did it mean that she left Paigorya without warning? Where did she go? WHY did she go? And, most importantly, who was she? 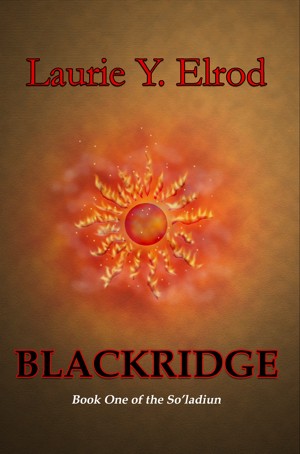 Elhrin Caddoch led a relatively sheltered life until one fateful fall afternoon when her mentor and instructor of magic, Gryphon Idwyr, chose to take her and her younger brother to the river for a brief afternoon lesson. Little did they know that destiny was hurtling full speed towards them and that soon they would be facing a horrific event that would change their lives forever.