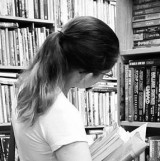 Published 2019-12-12.
What is the greatest joy of writing for you?
Turning 'what if' into an entire Realm - there are no limits to imagination, and by exploring the 'what ifs' I can share new worlds, and new ways of doing things.
Do you remember the first story you ever wrote?
A horrible draft of Ronah that was called 'The Travellers Curse.' I gave it to my sister to read as she boarded the plane.

Not sure why, but she has a bit of a phoiba about air travel now.
Do you remember the first story you ever read, and the impact it had on you?
I couldn't really read until I was around 10 - my eyesight is shocking.

I don't remember the first book - I loved the Grug series, and devoured them in the quiet of the school library. I read every picture book that they had.

I do remember the first novel that made me wonder 'what if?' It's called 'Ada' and is almost impossible to find these days. It's about a girl who is in a production of the stage show Ada, but gets transported back in time to Ancient Egypt. That novel changed my life - it gave me a love of ancient cultures, it introduced me to fantasy and showed me that there was something beyond contempoary fiction.
What do you read for pleasure?
Fantasy, SciFi, action and adventure, romance, historical fiction. I'm fairly eclectic.
What is your writing process?
For Ronah, I was a pantser - someone who was writing without a plan or outline. I knew what I wanted to happen in the story, and the characters kind of took over and Ronah wrote itself.

For my other books, I plot out four to six points per chapter, making sure that there are continuation points, that certain characters get page time, and that the story flows. Then I fill in the gaps. I'm not a linear writer - if I get stuck on a point, I'll move on to something that sparks that creative urge and come back to write out the missing point later.

After the first draft, I revise and see what needs to be added in. Quite often, it's the fight scenes, which I put off until I know how the story is progressing. Usually, there's adding in more page time for a particular character or two.

When the second draft if done, I edit - checking for consistency, misplaced words, flow, readability and storyline (not in that order).

Then my fantastic beta readers run their eyes over it. I collate all the comments from them and make the changes - sometimes it's reworking, or even removing a scene.

Another polish, and off to the editor. She goes over it and sends me back changes, which I make to the manuscript and then I sit on it for somewhere between a week and a month, then I read over it to see what I've missed.

It gets formatted, and then off to the proofreader, who sends it back with changes. I make any changes, then comes the most nervewracking part of all - I press publish!
How do you approach cover design?
I work with a brilliant cover designer who I can't give enough praise for. She brings what I see in my head to life.

Sometimes I'm super particular - like the cover of Book 3 (at this stage, it's yet to be released), but most of the time, I'll give a brief description and say 'hey, what can you do with this?'

Once the first draft of the cover is in, I suggest any tweaks, and Vanesa is so accommodating. She makes them without any hassles. I get goosebumps whenever I see the final cover!
Where did you grow up, and how did this influence your writing?
I grew up on the Sunshine Coast in Queensland. Lots of beaches on one side, and bush on the other. There are so many beautiful, hidden places on the coast, and I wanted to capture that in my writing.
What is your e-reading device of choice?
Usually my phone - but I love the Kindle Paperwhites. They're a beautiful device for people who are wanting to start out with eBooks, but still want the look of the page.
When did you first start writing?
I started writing when I was around 12 - silly short stories in an exercise book, complete with cut out pictures for illustrations. Nothing was ever finished.

The Lissae series didn't start until I was about 17. Ronah took 17 years to write and release into the wild, but Rakemyst only took 18 months.
What's the story behind your latest book?
Rakemyst is about coming to terms with loss, and being strong enough to keep on going with the rest of the world while you're doing it. It's about knowing who to trust, and that not all people who are nice to you are actually looking out for your best interests.

Rakemyst takes place after Ronah, and both the losses and gains at the end of Ronah are felt deeply. Shari doesn't want to move on - and fights with Jon, her Guardian, about the steps they have to take to ensure the safety of the Realm. All the while, they are dodging external threats, and Shari is, like me, pretty good at putting off the inevitable dealings with her inner demons.
Smashwords Interviews are created by the profiled author or publisher. 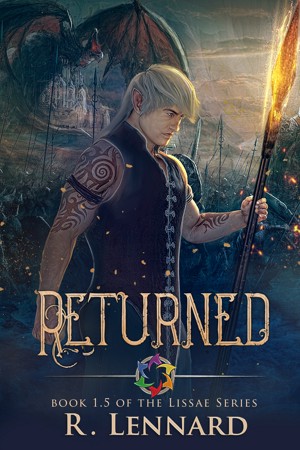 Returned by R. Lennard
Price: $1.99 USD. Words: 19,230. Language: Australian English. Published: January 7, 2021. Categories: Fiction » Young adult or teen » Fantasy
How do you live after being eaten by a monster? After he died, Collis found himself in a nightmarish realm full of creatures who want to eat him. Banding up with the others from his home, Collis must find a way to survive. But it comes at a cost. Will he be ready to pay the price? Find out in Returned. 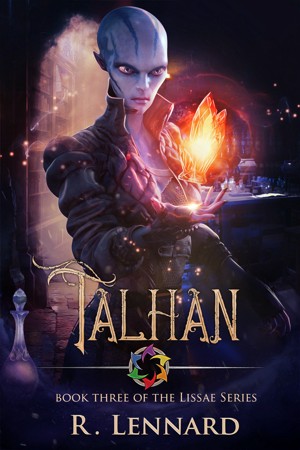 Talhan by R. Lennard
Price: $4.99 USD. Words: 107,530. Language: Australian English. Published: October 7, 2020. Categories: Fiction » Fantasy » Epic, Fiction » Young adult or teen » Fantasy
Something is watching them from the shadows… After a devastating betrayal, Shari longs for life to return to the way things were. But she has little time to dwell on normality. A devastating new foe rises, and former enemies become allies in the fight to save Lissae. Shari must battle her way to the heart of her problems… or die trying. 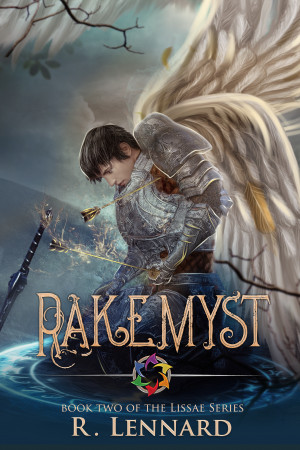 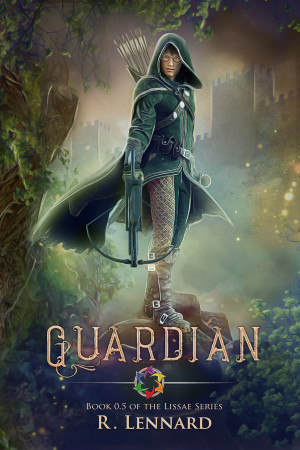 Guardian by R. Lennard
Price: $0.99 USD. Words: 21,580. Language: Australian English. Published: November 7, 2018. Categories: Fiction » Young adult or teen » Fantasy, Fiction » Young adult or teen » Science Fiction
Jonathan Buan was not always the reserved and cultured man that Shari knows him as. A rough and tumble sailor's son, Jonathan first arrived on Ronah seeking to right a wrong when his father's death is carelessly compared to the death of the apprentice of the Guardian. Travelling from the mainland to Ronah, he finds more than he bargained for as soon as he reaches the shore. 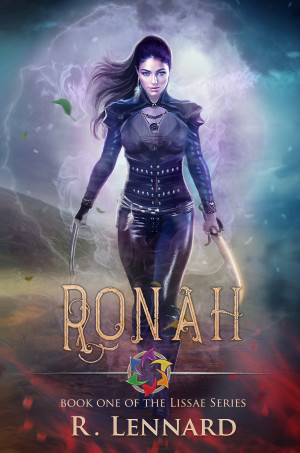 A looming evil. A hidden saviour. A young protector will rise… Ronah is the first book in the Lissae series of epic YA fantasy adventures. If you like fierce heroines, pulse-pounding action, and unique magical worlds, then you’ll love R. Lennard’s suspenseful page-turner.