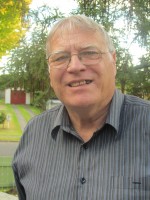 Published 2016-08-03.
Do you remember the first story you ever wrote?
Yes, when I was a child I hand-wrote a detective story; but I have lost it and only have vague memories of the plot.
When did you first start writing?
Seriously, not until about ten years ago in my mid to late fifties.
Do you remember the first story you ever read, and the impact it had on you?
Probably 'The Turf-cutter's Donkey' by Patricia Lynch. I don't remember much about it, but I know I loved it.
Where did you grow up, and how did this influence your writing?
In Buckinghamshire, U.K., followed by the inspirational spires of Oxford University, home of the Inklings - Tolkien, Lewis.and others.
Who are your favorite authors?
JRR Tolkien, CS Lewis, Stephen Donaldson and Ursula LeGuin.
What are your five favorite books, and why?
The Lord of the Rings trilogy by JRR Tolkien
The Earthsea trilogy by Ursula LeGuin
The Space trilogy of CS Lewis
The first Chronicles of Thomas Covenant, the Unbeliever trilogy by Stephen Donaldson.

That's 12 books. They've all been an inspiration for my own writing.
What's the story behind your latest book?
In 'The Power of Gnaris', where the strange world of Ziemia is built from a blueprint of planet Earth.
What is your writing process?
I do not have a detailed plan. I let the story take its own course.
The first draft is very rough. This is followed by several revisions before the final edit.
What are you working on next?
I plan to complete the third (and final) part of my Fantasy trilogy - 'Windows on Our World, Part 3: Love'..
I would also like to write a sequel to 'The Power of Gnaris'.
When you're not writing, how do you spend your time?
Working - doing editing work and writing mathematics questions.
Smashwords Interviews are created by the profiled author or publisher. 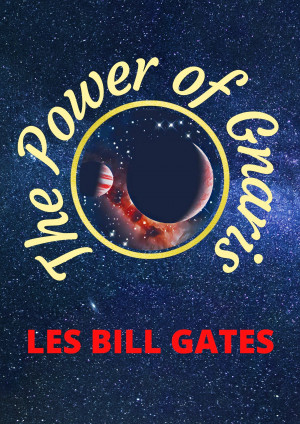 The Power of Gnaris by Les Bill Gates
Price: $1.99 USD. Words: 50,710. Language: English. Published: May 19, 2016. Categories: Fiction » Science fiction » Adventure
The Karavec race have used the power of gnaris to travel vast distances across the universe. They are led by Barrow, the Great Savant. When all the embryos on Arion are murdered, Barrow calls upon Jim Forster, to investigate the crime. Their search for answers takes them to Hikon, and then to the neighbouring planet of Ziemia where they seek the perpetrator of the crime known as the Saviour. 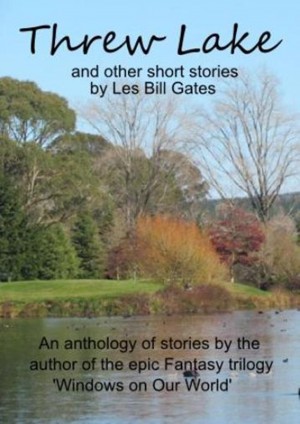 Threw Lake and Other Short Stories by Les Bill Gates
Price: $1.99 USD. Words: 28,710. Language: British English. Published: April 26, 2016. Categories: Fiction » Anthologies » Short stories - single author
This is an anthology of short stories from various genres. Some stories are about life, human relationships and death, but not all stories fit into that category.