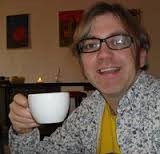 Published 2014-09-22.
Who are your favorite authors?
This could be a long list. I like different writers for different reasons. Two that stand out are Joseph Heller for Catch 22, which completely changed my outlook on the world after reading it when I was a teenager, and George Orwell for 1984, which was another political awakening for me in my early teens. I then stumbled upon William Burroughs, Jack Kerouac and Iain Banks after finding a bookmark that listed 'must read' authors. Then there's Hunter S. Thompson, the Great Gonzo, whose wild style, both in life and his literature, I massively admire. Irvine Welsh, Anthony Burgess, Mary Shelley, Percy Shelley, Philip K Dick, Richard Brautigan, Kurt Vonnegut, J D Salinger, Lester Bangs, Kafka, Jonathan Swift, Thomas Pynchon, Sue Townsend, J G Ballard, Douglas Adams, Douglas Coupland, Alan Moore, Neil Gaiman and Terry Pratchett. Anything darkly humorous, really.
What inspires you to get out of bed each day?
Tea.
When you're not writing, how do you spend your time?
This could be a vast answer! I spend my time doing all of the other things that aren't writing! I suppose this is a round about way of asking what I do in my spare time, but it doesn't exactly specify that, so I'm just being pernickety. I mainly try to think of ideas for my next piece of writing, while exploring the world in a continual investigation into these strange and unfathomable creatures known as "humans". And going to punk gigs.
Do you remember the first story you ever wrote?
Wow, that's a bit of a stretch of the memory. I expect it was a short story at school about what I did at the weekend or on holiday. I remember one about being ill and visiting the doctor, and them telling me that I have the mumps, and I replied, "That's funny, I've got the mumps too!" I also used to write about me and my brother being taken to the pub by my dad, which must have been an interesting and revealing window into our lives for the teacher. We always got bacon flavoured crisps, a coke, and 10p to play on the Galaxians arcade machine, which was great!
What is your writing process?
Process?! Ha ha! I wish! There's no such thing. I just sit and write down what's been fermenting in my head. That's all there is to it. Or I don't write, which happens half the time, but that's what Grand Theft Auto is for.
Do you remember the first story you ever read, and the impact it had on you?
The first story is going to be quite a way back! I suppose technically it would've been one from school. I think it may have been about a group of mice, or perhaps rats, but it's a bit fuzzy. We read the Roger Red Hat and Billy Blue Hat books, which were fairly basic, but you're not going to be able to dip into Tolstoy at that age, are you? I used to love The Hungry Caterpillar and The Owl Who Was Afraid Of The Dark. They were a couple of my favourite children's stories, and The Little Wooden Rocking Horse. Good central characters, you could say 'solid', who were slightly scared of the world around them, but came out alright in the end.
Where did you grow up, and how did this influence your writing?
I grew up in the heady hubbub of Norwich, a nowhere place that informed much of my first novel, Needles and Pins, as it is a place very much like this that Kevin, the protagonist, escapes from to the bigger city, as I did when I moved to Manchester. That was an eye-opener, in many ways, and not all that you'd expect. By the end of my teens, after discovering alcohol and the opposite sex, I was getting bored of the familiar surroundings. There were only three night clubs in Norwich at the time (the mid-nineties), they were all fairly crap, and I'd been to all of them far too many times. I wanted to experience the excitement of a thriving metropolis, and Manchester certainly was that. Compared to Norwich's laid back, meek quietness, Manchester is a brash, rowdy, frightening place. There was always something to do in Manchester, unlike Norwich, and many crazy, unnecessary people there, so this contrast had an impact on me and my views of the world. Now, in hindsight, both places have their pockets of creative artistic people who make things happen in different, innovative ways, and each has its charms as well as its faults. Shame the two couldn't be nearer each other, but there's nowhere that seems to be a moderate level of activity, without being totally unhinged, in between.
What's the story behind your latest book?
Read the book to find out!
What motivated you to become an indie author?
Punk rock.
How has Smashwords contributed to your success?
I have some level of success?
What is the greatest joy of writing for you?
The paycheck (joking! as if I'll ever get one!). I like crafting a good line, shaping a curious character, or coming up with a quirky plot development. Finding out that the characters do things that you don't expect them to is also one of the most enjoyable parts of writing.
What are you working on next?
There's a sequel to Needles and Pins that I've got in my head that I'm itching to write, set throughout the Eighties, with all of the idiosynchratic antics that that will involve. I also have a set of comedy books that are in the running that I'm looking forward to getting into shape, and my novel about local elections that I need to finish in time for the General Election in 2015. Should be quirky!
Smashwords Interviews are created by the profiled author or publisher. 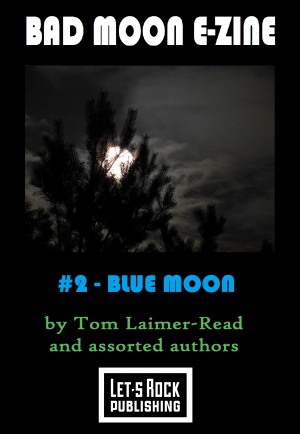 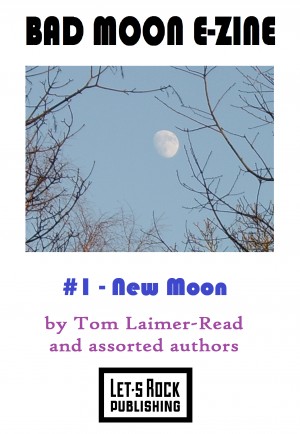 Bad Moon E-Zine #1 - New Moon by Tom Laimer-Read
Price: Free! Words: 10,520. Language: English. Published: January 21, 2016. Categories: Fiction » Fantasy » Dark, Fiction » Science fiction » Short stories
Welcome to the new fantasy, sci-fi and supernatural fiction E-Zine Bad Moon #1 - New Moon. We bring you fascinating tales to enthral and amuse you every full moon that rises, writing them in between the changing phases in a flash of inspiration or the attempt to raise mild amusement, at least. Enjoy the rocking ride and hold on tight! 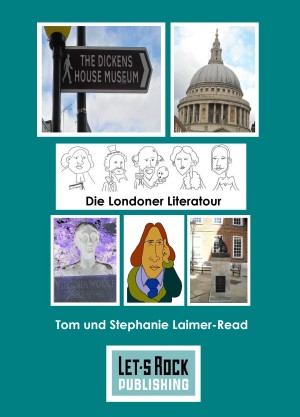 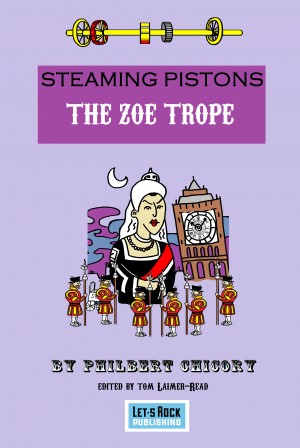 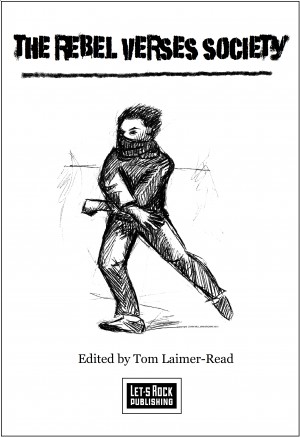 The Rebel Verses Society by Tom Laimer-Read
You set the price! Words: 13,670. Language: English. Published: November 5, 2014. Categories: Poetry » Contemporary Poetry
A collection of explosive poetry from the best minds of a lost generation. This is the poetry of the street with a hardcore beat as it rampages through the city in a riot of words. You will find a diverse dissection of contemporary values and precision incisions into the murky political machinations of our times. Warning: Contains language and views that some readers may find unsettling! 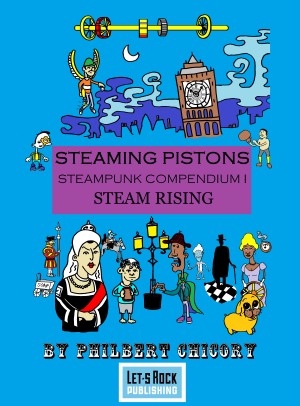 Steaming Pistons Steampunk Compendium I - Steam Rising by Tom Laimer-Read
Price: $2.99 USD. Words: 19,170. Language: English. Published: June 26, 2014. Categories: Fiction » Science fiction » Steampunk & retropunk
Welcome to Odnnol, that roguish, rakish, rambunctious place, a city jubilant with life, teeming with expressions of ecstasy and delinquent delights. Why not promenade down one of our quaint, quirky cobbled streets, replete with vagrants, drunks, guttersnipes & thugs, all regaling you with their tales of woe, & out to make a quick bob in the process? Seriously silly steampunk fun! Enjoy the trip! 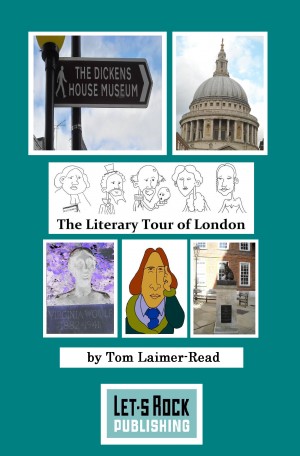 The Literary Tour of London by Tom Laimer-Read
Price: $1.99 USD. Words: 7,160. Language: English. Published: June 18, 2014. Categories: Nonfiction » Travel » Hikes & walks
Ladies and gentlemen, roll up one and all for the strolling tour of a lifetime! Follow in the footsteps of some of Great Britain's greatest writers! London is a city of literature and lust, poverty and riches, woe and wonder. Come experience the places that inspired and were influenced by some of the greatest writers of all time, and find out more about their fascinating lives. 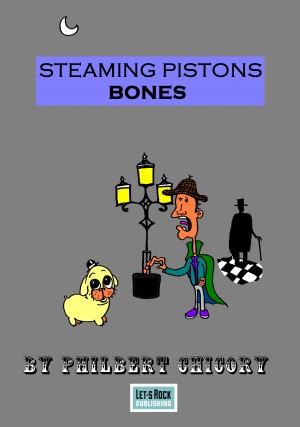 Bones - A Steaming Pistons Steampunk Story by Tom Laimer-Read
You set the price! Words: 10,960. Language: English. Published: May 28, 2014. Categories: Fiction » Science fiction » Steampunk & retropunk
Come on a wild escapade to 1880s Odnnol meeting a zombi detective and his sidekick, whom you may or may not recognise, and Mopsy, a small, yet tenacious pug dog. This intrepid trio embark on an investigation to find the culprit of the disgusting custard murders, the elusive Rick the Japer, and get involved in the greatest caper of the century. Who knows where he might strike next?! 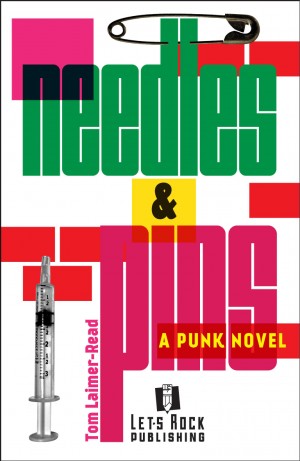