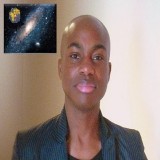 Published 2020-12-03.
When did you first start writing?
At the age of 8, I entered my school's writing competition and won with my first poem, 'Fish'.
As a relatively shy child, the recognition and encouragement of my English teacher coupled with encouragement from my family helped me to come out of my shell and fall in love with writing.
What is the greatest joy of writing for you?
It's fair to say that writing has gotten me through some tough times.
I've never had writer's block thank goodness and am never without at least a notebook and pen wherever I go.
Writing's biggest joy is the challenge and bliss of trying to encapsulate what I perceive to be the abundant beauty in this world, which we often ignore or take for granted.
What do your fans mean to you?
Everything.
The very first comment I received from a fan was that my poem had 'changed their life'.
I admit that I was stunned and almost cried.

Thanking readers is very important for me as even if you touch just one person, you can be thankful for creating positive change.
With that said, I thank everyone who has ever read any of my work and Smashwords for this platform.
Who are your favorite authors?
There are too many to count the authors that have captured my imagination.
To name but a few - Robert Jordan, John Donne, Maya Angelou, Giorgio Faletti, Miyamoto Musashi, Shakespeare, Margaret Weis and Tracy Hickman - thank you all.
What are your five favorite books, and why?
There are no favourites, only works that I have thoroughly enjoyed and of these there are fortunately many.
What inspires you to get out of bed each day?
Family, the need to help and be a better person.
When you're not writing, how do you spend your time?
I'm a lover of the arts and travelling.
There's nothing like expanding the mind through experiencing different cultures and meetings with people, especially those of the creative persuasion.
What is your writing process?
Any idea I have, I immediately write down and keep writing throughout the day to see what I come up with.
I'll review the first day's work and progress in this manner - generally the spine of any new book is developed on day one. I'm forever thankful that I never get bored of writing.
What are you working on next?
Book 24, a science fiction epic; the 'Deeply Serene' podcast - http://serene.libsyn.com/ ; as well as 'The Value Of Money' series - https://www.youtube.com/c/KehindeSonola .
Smashwords Interviews are created by the profiled author or publisher. 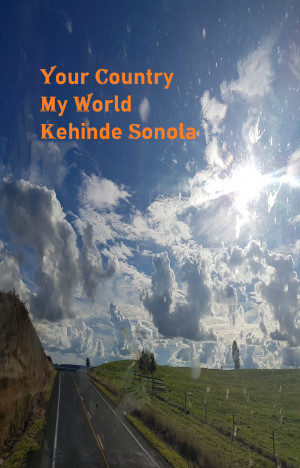 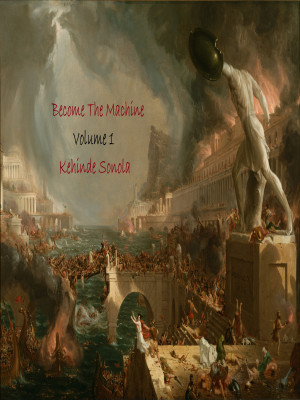 Become The Machine Volume 1 by Kehinde Sonola
Price: $2.99 USD. Words: 7,640. Language: English. Published: August 12, 2018. Categories: Fiction » Thriller & suspense » Action & suspense, Fiction » Young adult or teen » Thriller & Suspense
In a world perpetuated with greed and selfishness, KB is one of many who start to awaken. On a path of self-improvement and improving the lives of all on the planet, KB will have to face full-on resistance from the powers that think they be. Facing the ugly truth of life, how humans live it and what must be done to uplift all; KB will become the machine. 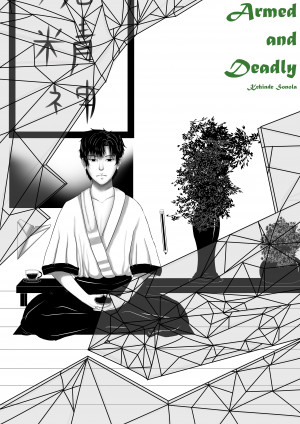 Armed And Deadly by Kehinde Sonola
Price: $3.99 USD. Words: 23,010. Language: English. Published: February 4, 2018. Categories: Fiction » Thriller & suspense » Action & suspense, Fiction » Thriller & suspense » Crime thriller
The world’s best assassin is on the hunt, all the while pursued by Marshall General Andrew Simmons, as well as another relentless killer known as the Vixen. Encompassing an array of other enigmatic and powerful characters, each with their own motivations, this fast-paced, action thriller, spiritual noir, sweeps across remarkable locations as several worlds collide in a tumultuous climax. 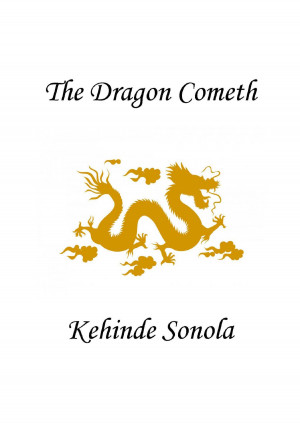 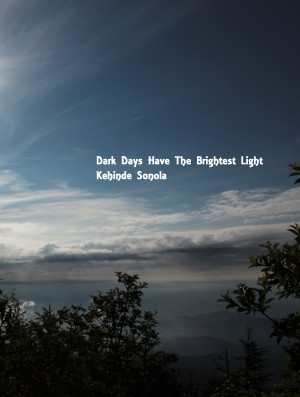 Dark Days Have The Brightest Light by Kehinde Sonola
Price: $3.99 USD. Words: 2,060. Language: English. Published: August 18, 2016. Categories: Poetry » Themes & motifs » Nature, Poetry » Spiritual
A 32-poem homage to the human spirit, nature and all those helping to bring light into this world. Written out of a need to inspire and go beyond the despair and loneliness we all feel, the poetry collection carries an optimistically pervasive message that wherever people are, they are not alone as well as the belief that despite the turmoil we face, our species will ultimately prevail. 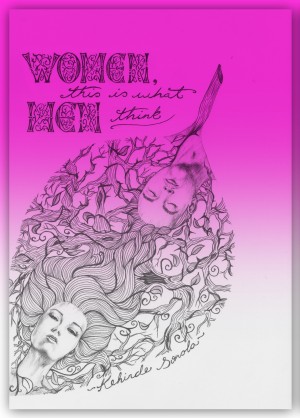 Women, This Is What Men Think by Kehinde Sonola
Price: $3.99 USD. Words: 4,280. Language: English. Published: December 4, 2015. Categories: Nonfiction » Relationships & Family » Dating, Nonfiction » Self-improvement » Confidence & self-esteem
Women, men, are we so different? No, yes, it depends! If you want the partner you deserve, demand it! This book is part humorous, part self-help, all real and 100% love and serenity. Part of a two-part series, this book attempts to help shed some light on that delightfully murky subject of what men think. Prepare yourself Women, This Is What Men Think. 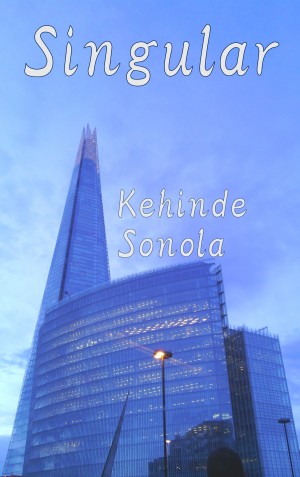 Singular by Kehinde Sonola
Price: $3.99 USD. Words: 450. Language: English. Published: February 22, 2015. Categories: Poetry » Epic, Nonfiction » Self-improvement » Emotional healing
Do you feel alone? Do you feel like you don’t exist? Are you singular? If yes, then welcome. Your time has come. 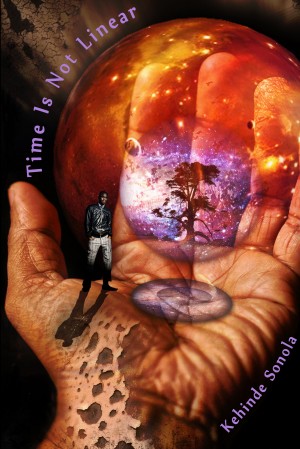 Time Is Not Linear by Kehinde Sonola
Price: $3.99 USD. Words: 9,340. Language: English. Published: June 5, 2014. Categories: Poetry » Epic, Nonfiction » Art, Architecture, Photography » Photography - Photo books
Bursting with the radiance of 101 original poems and 57 personal photographs, Time Is Not Linear celebrates a third of a century of living in the forefront and shadows of this joyous world, not to mention a myriad of distinctive encounters with incredible people from every corner of the beautiful place humans call, 'Earth'. All this is wrapped sumptuously in a glorious cover created by Ting Huang. 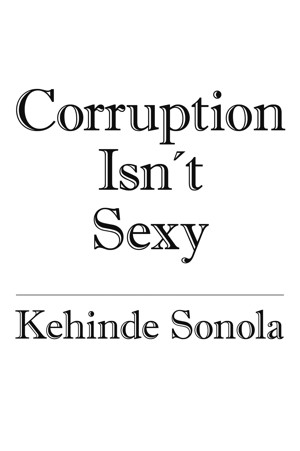 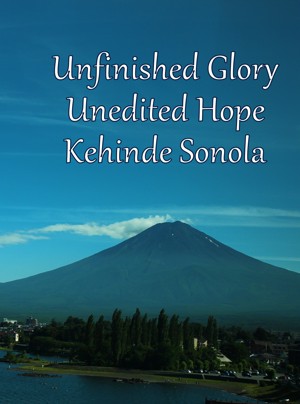 Unfinished Glory Unedited Hope by Kehinde Sonola
Price: $3.99 USD. Words: 2,350. Language: English. Published: August 23, 2013. Categories: Poetry » Themes & motifs » Places, Poetry » Spiritual
It is the early 2000s, a time of great upheaval whether it be the coming of the new millennium, 9-11 or an ever growing gap between the world's Haves and Have Nots. Yet, through various journeys, the poet is uplifted by the constant discovery of earnestness, love and the unwillingness of good people to rest. The collection spans three years worth of work covering travels across 3 continents.
View their profile to see all of their books