Published 2013-10-06.
Where did you grow up, and how did this influence your writing?
I was born in Barbados and part of my love of history stems from childhood, where I grew up surrounded by relics of Barbadian history. A love of historical fiction was born.
When did you first start writing?
I started in junior high school with short stories of knights and damsels in distress. I have always had a fertile imagination, coupled with a passion for history, so writing historical fiction seemed a natural choice. When I started studying medieval times, the realization grew that the period was more fraught with danger, superstition and great discoveries. World building is very important to me. My favorite books usually leave me completely immersed in a setting and time, an element I strive for in my stories.
What's the story behind your latest book?
In Sultana: Two Sisters, two lifelong friends become captives, sold into the harem of Sultan Yusuf of Granada during a turbulent period for fourteenth-century Moorish Spain. The friendship unravels and turns into a bitter rivalry. A young girl with a hidden heritage becomes Butayna, the Sultan’s beloved first wife, while her counterpart Maryam enjoys a life of pleasure and luxury at Yusuf’s side. Each woman bears the Sultan a son and finds diverging paths in a dizzying rise to power. The struggle between Yusuf’s wives threatens to destroy his kingdom. Only one heir may inherit the throne and one woman can claim the revered title of Mother of the Sultan.

This book is predominantly for an audience that enjoy tales of intrigue and adventure in varied settings. It takes place ten years after the events in Sultana and Sultana’s Legacy. Yusuf is the grandson of the protagonists in the two earlier books. I have incorporated many historical figures and the swift-changing politics of the time. The connections and disparities between the religions of Christianity, Judaism and Islam have shaped the characters. Readers who are familiar with this period in Moorish Spain’s history or who have visited the Alhambra in Granada, Spain will find affinity with the setting and culture. For readers who are unfamiliar with the prior stories or Spain’s past, I hope Sultana: Two Sisters will convey a strong sense of medieval Spanish society.
What was the inspiration for your most recent project?
Love of a good story has always motivated my efforts. Historical fiction takes readers to another place and time, but good historical fiction leaves them engrossed in the storyline with fascinating details and memorable characters.

In college, I took a religious studies course on the history of Christianity, Judaism and Islam, and learned of the Muslim presence on Europe. My series covers the history of the last Muslim dynasty to rule in Spain, from their palace of the Alhambra in Granada, Spain. Sultana: Two Sisters focuses on the turmoil within the Alhambra in the fourteenth-century, when Yusuf’s two wives vied to influence him and place their respective sons on the throne. This was a remarkable period filled with contradictions. Cross-border conflicts between the Christian and Muslim states occurred, while Muslim rulers relied on corps of Christian guardsmen for their protection and developed significant relationships with Jewish people.
How does real life affect your fiction?
I only write about historical figures. Real life and history shape my storylines. Two clichés often hold true; the devil is in the details and the victors often write the history. It is my duty as a writer to sift through the facts for the kernels of truth. When sources contradict each other, I often go with common knowledge, except if a very strong reason leads in another direction.

History provides the when, where and how, but the why is often missing. My focus revolves around the development of motivations for the historical figures who serve as my primary characters. I try to explain the course they decided on, within the realm of reason. Nuggets of personality traits, personal appearances and other information from chroniclers gets put to good use in my stories. My writing emphasizes the underdogs, people who by virtue of their race, gender, religion or personal defeats never left a record of their lives. Propaganda informs too much of what we know today.
What do your fans mean to you?
I have been lucky over two years to receive letters from readers and several reviews. The emails relate how enjoyable a particular story was, the memorable characters, or requests for more information on the actual history. I love that last bit the most, because the research is vital to the idea of world building. It is difficult to convey the traditions, societal rules and religious beliefs of a period without detailed study. The library is growing and spilling on to the floor as a result, but I could not write effectively without guidance from history.

My readership grows, but some attributes I anticipated still hold true. Those who have read my work, particularly the series which Sultana: Two Sisters belongs, tend to be predominantly adults. They are also women who share my fascination with the Alhambra’s history. Fans of my writing mean the world to me, they are why I continue to tell these stories.
What is your favorite book or series?
Frank Herbert’s Dune series is still a favorite. The characters are unforgettable, as are their machinations. Herbert introduced the notion of world building to me, which I try to incorporate into everything I write. He inspired my love of intrigue and strong figures. Herbert's work captures basic human nature, our feelings and fears, which as he imagined would not evolve over millennia. The Dune series was perfect inspiration as I started to define relationships between my characters.
How much time a day do you devote to fiction writing?
I write whenever I can because my workday is very hectic. This means on the morning and evening commutes, at lunchtime and on weekends. When I am at home, writing takes place at a desk in my bedroom, with the door closed in complete solitude. It is a struggle to concentrate if someone else is in the room. Background music is essential. While writing Sultana: Two Sisters, flamenco, Sephardic and Middle Eastern music helped set the right mood.
What are you working on next?
I’m working on the fourth, fifth and sixth novels in my Moorish Spain series. The fourth book, entitled Sultana: The Bride Price closely follows the events of the preceding work, Sultana: Two Sisters. It's the story of Yusuf and Butayna's son Muhammad V, who married his cousin to unite their family, and then all hell broke loose, as his stepmother and brother sought to claim his throne. The Bride Price will be available in 2014. The last two books Sultana: The Pomegranate Tree and Sultana: The White Mountains are a seventy-year leap into the future of the dynasty and will be available in 2015. I’ll soon be collaborating with a fellow writer and friend on a novel about two Byzantine empresses, who were sisters and deadly rivals. I will also be writing a series about the real Dracula's family, starting with his father in Order of the Dragon.
What is the most rewarding aspect of being an indie author?
If I had to pick one, it would the learning experience. Each day, I'm learning some new aspect of self-publishing that I had never known before. Some days the learning curve is steeper than others, but it is a very rewarding experience. Learning and growing as a writer is important to me.
What is the one thing you wish you would have done differently?
Learned about self-publishing much sooner than I did. Years of submitting and working with agents left me frustrated. I found two agents who believed in my work, but it still wouldn't sell. I wish I hadn't waited so long before deciding to do this on my own. Some tasks are still daunting, but there's great pleasure in connecting with readers one at a time.
Smashwords Interviews are created by the profiled author or publisher. 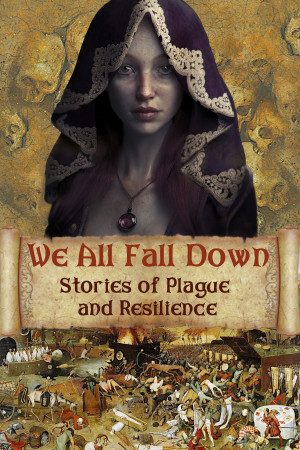 We All Fall Down by Jessica Knauss, Katherine Pym, & Lisa J.
Price: $4.99 USD. Words: 63,550. Language: English. Published: March 1, 2020. Categories: Fiction » Anthologies » Short stories - multi-author, Fiction » Historical » General
Stories of Plague and Resilience. In this anthology, USA Today, international bestselling, and award-winning authors imagine a world where anyone—rich, poor, young, old—might be well in the morning and dead by sundown. Readers will follow in the footsteps of those who fought to rebuild shattered lives as the plague left desolation in its wake. 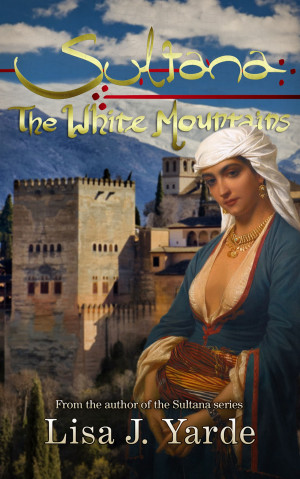 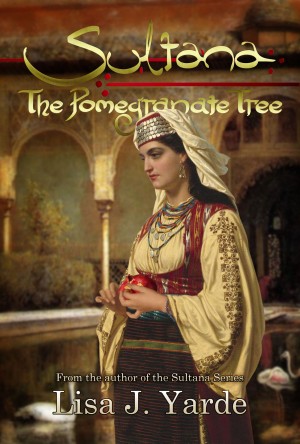 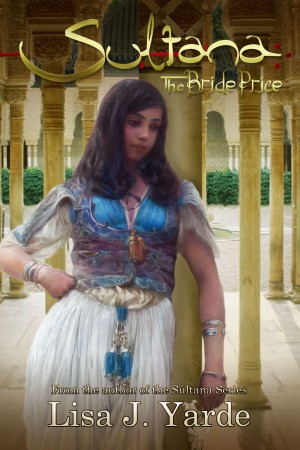 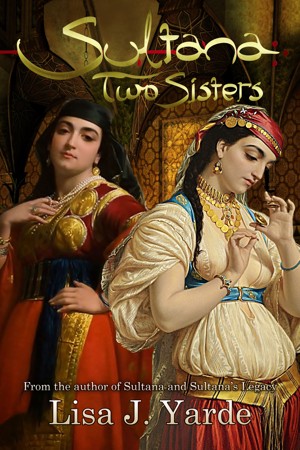 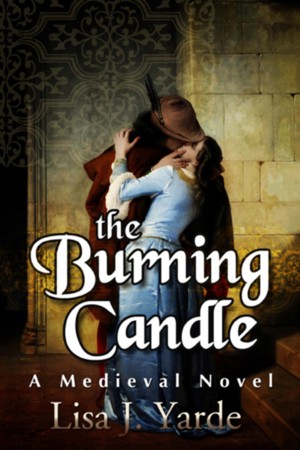 Love is for women who have choices. She has none. In eleventh-century France on the eve of the First Crusade, Isabel de Vermandois becomes the wife of a man old enough to be her father. He is Robert de Beaumont, Comte de Meulan. A hero of the Norman victory at Hastings and loyal counselor to successive English kings, Robert is not all Isabel had expected. 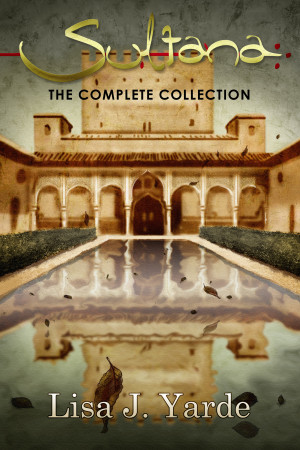 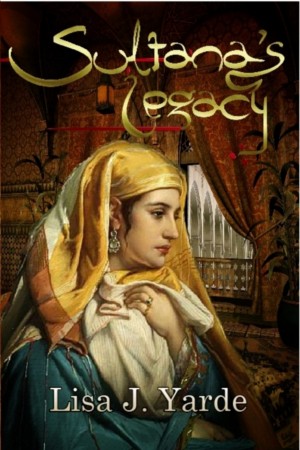 Sultana's Legacy: A Novel of Moorish Spain by Lisa J.
Series: Sultana, Book 2. Price: $3.99 USD. Words: 118,910. Language: English. Published: November 3, 2011. Categories: Fiction » Biographical, Fiction » Historical » Medieval
In thirteenth-century Moorish Spain, the Sultanate of Granada faces a bleak future, as a tyrant seizes control. Fatima, the daughter of a Sultan, and her devoted husband Faraj have enjoyed years of peace and prosperity. Now, a power-hungry madman claims the throne. He murders almost everyone Fatima holds dear. Fatima must preserve the legacy of her forefathers at all costs. 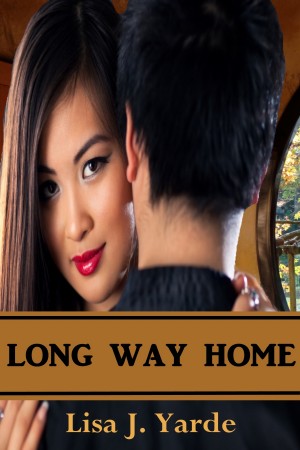 Long Way Home - A Novella by Lisa J.
Price: $2.99 USD. Words: 41,890. Language: English. Published: July 2, 2011. Categories: Fiction » Romance » Contemporary, Fiction » Cultural & ethnic themes » Cultural interest, general
Taka Chang has never played by anyone else’s rules, including those of her wealthy parents. Her supermodel looks, coupled with a foul mouth and fierce attitude, often intimidate most people. Kevin Iwasaki has the keys to success, with his privileged background and a bright future ahead of him. The pride of his billionaire parents, he has high expectations of everyone in his circle. 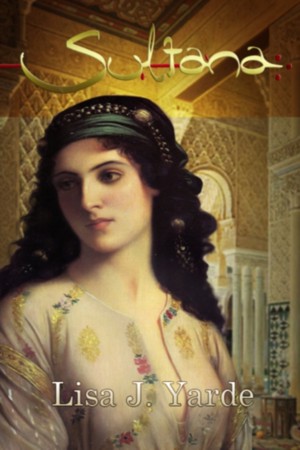 Sultana: A Novel of Moorish Spain by Lisa J.
Series: Sultana, Book 1. Price: $3.99 USD. Words: 97,760. Language: English. Published: February 2, 2011. Categories: Fiction » Historical » Medieval, Fiction » Biographical
In thirteenth-century Moorish Spain, the realm of Granada is in crisis. The union of Fatima, granddaughter of the Sultan of Granada, with the Sultan’s nephew Faraj has fractured the nation. A bitter civil war escalates and endangers both Fatima and Faraj’s lives.
View their profile to see all of their books