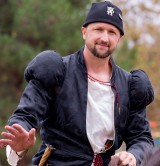 Published 2016-04-19.
Where did you get the idea for your latest novel?
I never imagined myself becoming an author let alone a writer of fantasy horror. While doing tons more research than actual writing on a historical fiction project, I needed a break. I decided to write a battle scene between men-at-arms and zombies just for the fun of it. The next thing I knew, I had close to a hundred pages, and it just kept pouring out. The Second Great Mortality was born. I was surprised by where the story led me.
What is your writing process?
I visualize the story as if I were watching a movie and simply describe the action as it takes place in my head.
What do you read for pleasure?
Primarily historical fiction with the fifteenth-century being my favorite.
What are your five favorite books, and why?
The Bible is my guide in life. My top three novels all belong to the Warlord Chronicles trilogy by Bernard Cornwell (Winter King, Excalibur, and Enemy of God) because no one has ever told the Arthurian legends quite so perfectly. Michael J. Durant's autobiography, In the Company of Heroes, is one of the most powerful stories of human endurance and sacrifice.
Who are your favorite authors?
Bernard Cornwell, George R R Martin, Ian Mortimer, Steven King
What is your e-reading device of choice?
The iPad. I'm a big Apple guy.
When you're not writing, how do you spend your time?
My true passion is fifteenth-century historical re-enactment, particularly medieval equestrian martial arts. I built a tiltyard in my backyard last year where I enjoy practicing knightly skills-at-arms with lance, spear, and sword. I recently commissioned a suit of tournament armor with every intention of one day using it in an international jousting competition.
Smashwords Interviews are created by the profiled author or publisher. 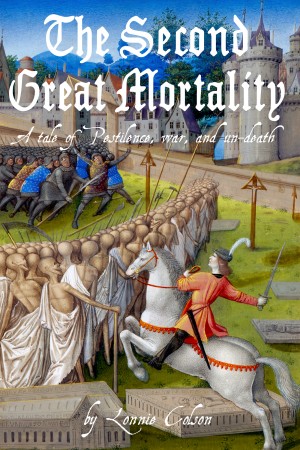 The Second Great Mortality by Lonnie Colson
Price: $3.99 USD. Words: 90,330. Language: English. Published: May 2, 2016 by Knyghtly Armes. Categories: Fiction » Horror » Undead
1436. Sir Richard de Colleville and his hunting party are viciously attacked by a stranger bearing the unmistakable signs of Plague. Fear gives way to unspeakable horror once the true nature of this Pestilence is revealed. The Second Great Mortality offers a fresh take on the modern zombie story by taking the reader back to Medieval England.