Published 2014-07-14.
What motivated you to become an indie author?
I became motivated to self-publish my books because I couldn't seem to catch an agent's eye. For whatever reason, my queries all came back as "not for me." I never got so much as a request to read the first chapter. So, I jumped on the Indie author bandwagon and put my work out to the world.
How has Smashwords contributed to your success?
Smashwords contributed to my success by taking the burden of submitting to multiple platforms at the same time off of my shoulders. Smashwords has a fantastic setup for indie authors allowing our books to be distributed with little to no effort on the author's part. Also, being able to price my book as free on Smashwords allowed it to be priced as free on Barnes&Noble. If I had listed directly with NOOK, I wouldn't have that option to price at free.
What is the greatest joy of writing for you?
My greatest joy comes when I open my email and find a letter from a fan. It never gets old and I absolutely love receiving fan-mail. When I read that my writing is helping young writers be inspired to write their own books, I truly feel overjoyed! I try to respond to every reader who takes the time to contact me.
What do your fans mean to you?
EVERYTHING! Without my fans, without my readers, I am only a wistful dreamer.
What do you read for pleasure?
I like to read romantic suspense books. I also like to read books by other indie authors because they are raw and uncut, the same as I like to watch director's cut movies and bonus extras.
What is your e-reading device of choice?
My computer. I also have a kindle app on my phone for when I'm out and about, waiting for this or that.
What book marketing techniques have been most effective for you?
Free ebook promotions. I've used social media to gain many readers, but in the end, the successes I've attained have come from having book one in my series priced as free. Because of that, on Barnes&Noble I now have over 650 ratings with a 4.5 star average, and over 300 reviews on Amazon with a 4.6 star average.
Describe your desk
Oh dear! Coffee cup, empty wine glass from last night, stack of bills, sticky notes stuck to the side of my computer hard drive, two cookbooks and two diet books elevating my computer screen, keyboard with the keys A,S,D,C,N,M,L partially rubbed off due to excessive typing. The letter E is completely gone. A hand carved log lamp with a picture of my little family from twelve years ago, and assorted hair clips and ponytail holders. Two yellow legal pads with discombobulated words, numbers, and phrases jotted down. Now if I just only remember why I thought it was important to jot it down.
Where did you grow up, and how did this influence your writing?
I grew up in "small town" Idaho. I think my upbringing helps keep a certain level of innocence in my writing.
When did you first start writing?
I began writing in the early 2000's, but I've told stories all my life. THE DICTATOR'S DAUGHTER was the first book I began working on. I was operating a home daycare at the time and would write during quiet time, and then again later in the evening.
What inspires you to get out of bed each day?
My daughter . . . because she wants me to make her lunch. =) After I see her off to school, I take my cup of coffee and go check my numbers and statistics on the computer. It's awesome to see daily changes and discover a new email from a fan desperately wanting to know when the next book will be released. I get the most inspiration from readers who admit they don't like to read, but they loved reading my books. When they say my books have helped them become excited about reading, it just makes my day!
When you're not writing, how do you spend your time?
I like to cook, Bar-b-que, hike, watch movies, and sit and laugh with my children and husband. We're a funny bunch. We like to quote movies and do impressions.
Smashwords Interviews are created by the profiled author or publisher. 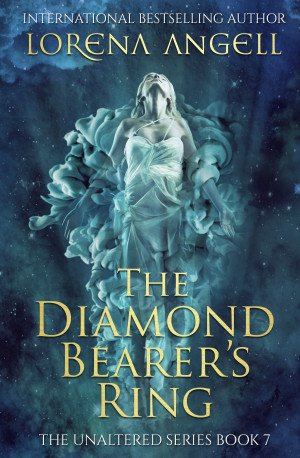 The Diamond Bearer's Ring by Lorena Angell
Pre-release—available January 31, 2021. Price: $3.99 USD. Language: English. Categories: Fiction » Visionary & metaphysical, Fiction » Fantasy » Urban
Calli’s impulsive decision to break communications with the Diamond Bearers leaves her unable to call for help when captured by the mysterious Spellcaster, Vita. She must find a way to escape and help Chris, who's heart won't last much longer under the stress of the new diamond. The ring Chris gave Calli holds a possible solution if she can only figure out how to wield its power in time. 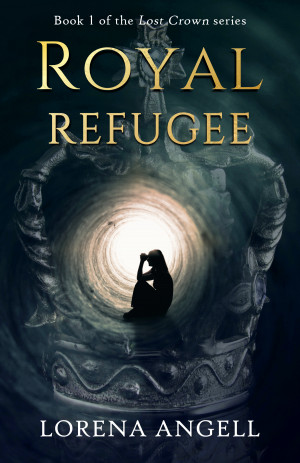 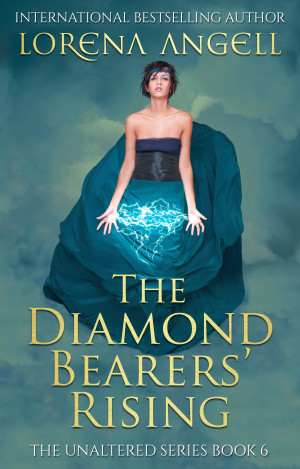 The Diamond Bearers' Rising by Lorena Angell
Series: The Unaltered. Price: $3.99 USD. Words: 89,220. Language: English. Published: May 15, 2018. Categories: Fiction » Young adult or teen » Paranormal, Fiction » Fantasy » Paranormal
Calli fights for humanity’s survival against a new power-removing substance, and an evil force much larger than anyone thought. Her first major failure as a Bearer ignites a bidding war for the information Max possesses. With her own future at stake, Calli must change the rules, rise up, and fight back. 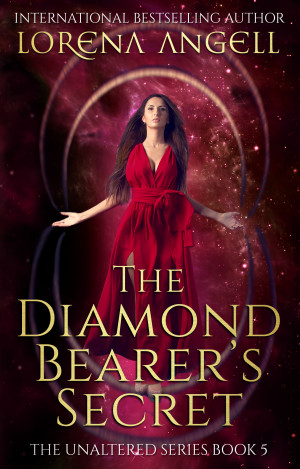 The Diamond Bearer's Secret by Lorena Angell
Series: The Unaltered. Price: $3.99 USD. Words: 73,980. Language: English. Published: May 15, 2015. Categories: Fiction » Young adult or teen » Paranormal, Fiction » Fantasy » Paranormal
In The Diamond Bearer's Secret, book five of The Unaltered, Calli learns that everything she's been through since receiving a diamond has been in preparation for a much larger purpose. An event looms in the future that could end life as she knows it and her assistance is crucial. But first, an anonymous blog has surfaced, giving detailed information about the world of powers. It must be shut down. 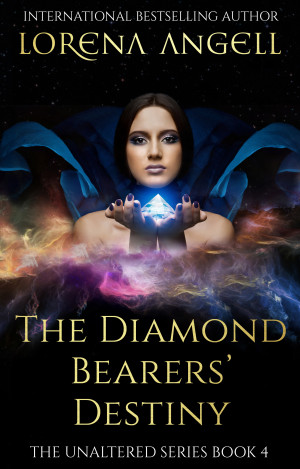 The Diamond Bearers' Destiny by Lorena Angell
Series: The Unaltered. Price: $3.99 USD. Words: 80,620. Language: English. Published: December 19, 2013. Categories: Fiction » Young adult or teen » Paranormal, Fiction » Fantasy » Paranormal
In The Diamond Bearers' Destiny, book four of The Unaltered, Calli learns about Chris's motives and tries to understand his dilemmas. Given no choice, the two of them travel with a mysterious companion back to General Harding's facility in an effort to dismantle the programs that are exterminating people with powers and wiping Diamond Bearers from the face of the earth. 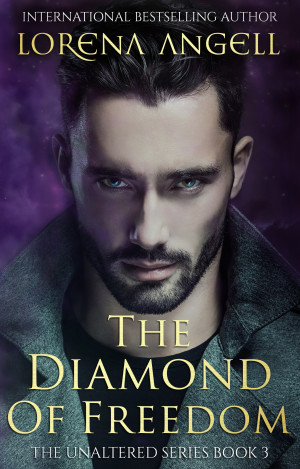 In The Diamond of Freedom, book three of The Unaltered, Calli and Chris race against the clock to identify the power-neutralizing stone that prevents Calli from healing her life-threatening injuries. She must also learn how to counter its effects before she can fight against the rogue Diamond Bearer named Freedom to save the boy she loves and the world of her friends. 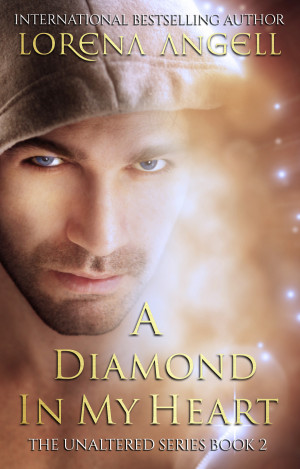 A Diamond in My Heart, book two of The Unaltered. Calli Courtnae learns how to control her new cosmic superpowers. She's afraid she's no match for some of the other people who are showing up with different paranormal powers, including a time-rewinding teen who apparently has some romantic fantasy about her going on in his head. She faces more challenges with him as he attempts to save the day. 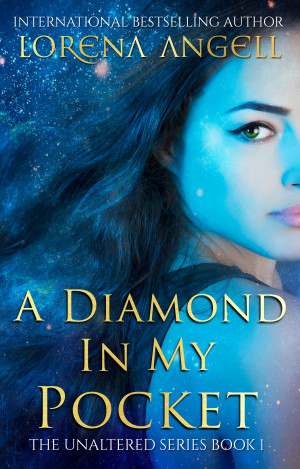 After breaking the 100m world record, sixteen-year-old Calli is whisked away to a secret facility and placed with other teens who possess superhuman speed. She soon finds herself in a deadly situation involving other superpowers, traitors, and a rogue clan vying for world domination. Calli’s quick wit helps her navigate her new world which includes secretly carrying a mystical diamond.