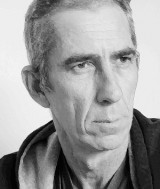 Published 2013-08-25.
Where did you grow up, and how did this influence your writing?
I grew up in a small, grimy, northern industrial town. The incentives to leave were very strong, but in order to leave one must have a skill.
When did you first start writing?
I returned to school in 1983 to study Radio, TV and Journalism Arts, so I must have been writing sometime before that.
What's the story behind your latest book?
I like to invert things. In science fiction, the genre is full of evil empires, evil monsters, and evil men. I asked myself what would happen if a science fiction book was peopled with rational beings like you and me. In my latest book, (presently under submission to a major publisher) there are no evil geniuses whose sole motivation is that they are mentally ill. They are just two nice guys whose wrlds collide.
What motivated you to become an indie author?
Initially, self-publishing represented a way forward. I had been offered four contracts by vanity publishers, and a reliable, family publisher with a good reputation had shown some interest in Shape Shifters and wanted Time Storm as an ebook. That fell through, mostly through lack of confidence on my part. I was one of the people that thought writing should be hard, and therefore what I wrote couldn't be that good. I'm not sure if my attitude has really changed, but I would like to write something worthwhile and compete at the highest international level, and yet I may not be cut out for corporate-style publishing.
How has Smashwords contributed to your success?
I won't consider myself a success until writing brings in enough money to get off a very small provincial disability pension.
What is the greatest joy of writing for you?
To write something and to laugh as I write it is something special, and to look back and see just how far my craft has come. Writers are not born, neither do they happen overnight. It's a long and painful process, not without rich rewards of an intangible nature.
What do your fans mean to you?
I try not to think in terms of fans in a personal sense. If they enjoyed the books and had no idea of who I am, that would be the best solution in my opinion. I'm a private guy, and the public performance required by modern social media is not really who I am.
What are you working on next?
I like writing short stories, which is a challenging genre. My next mystery novel hovers on the horizon at the time of this interview. There is some pressure to produce, which is better than doing nothing with my life.
What inspires you to get out of bed each day?
Time is precious and I don't want to waste a minute of it.
When you're not writing, how do you spend your time?
I like swimming, cycling, and reading. I have an itch to get out in the wilderness that I have to scratch from time to time.
Do you remember the first story you ever wrote?
Yes, and it was very bad. It's kind of embarrassing, but I submitted that thing all over the place.
What is your writing process?
I usually just sit down and begin. After a few thousand words are on the page, I have eliminated certain possibilties. My books are pretty logical. The end of the book is a process of discovery for me. While it's nice to have an ending in mind, it's not exactly carved in stone, and I'm pretty flexible. Generally speaking, I write two to three hours a day, mostly in the evenings. I used to get up early and write until noon, but my circumstances and lifestyle have changed since then. I write less now, but I also write much better. I don't have to cut books now--I write them to the exact length. I usually know what I want ahead of time. Short stories are different. They seem to have a natural length and then I stop.
How do you approach cover design?
Being on an extremely tight budget, I do all my own images. I look forward to the day when I can afford a new computer, get Adobe CS-6 or whatever is current, and begin learning that. In the meantime, I upgrade images when I can. The learning curve is steep in cover design. My first covers were pretty awful.
What are your five favorite books, and why?
I read a lot of non-fiction, mostly historical. In many ways, I am self-educated, as I was politely asked to leave high school halfway through grade ten. I had to fight, literally sometimes with my fists, for every bit of education that I got.
What book marketing techniques have been most effective for you?
I don't think anything I'm doing is particularly effective. However, without social media I would be selling zero books. With it, I sell some books. Not many, but some. This is the real revolution in modern publishing. I don't have the overhead of the big publishers, and every sale means something special. To sell a book is a small victory for the little guy. That's what's really important. I get to pursue my dream, a dream shared by many. There are times when I wish I could quit. I really do. The odds are I never will because this is who I am--some guy who has spent thirty years getting to this point.
Smashwords Interviews are created by the profiled author or publisher. 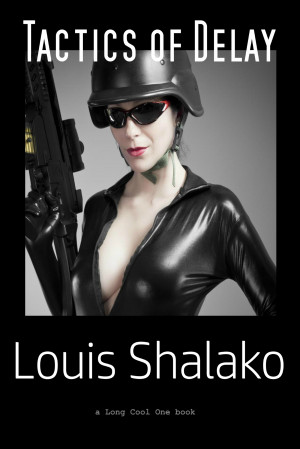 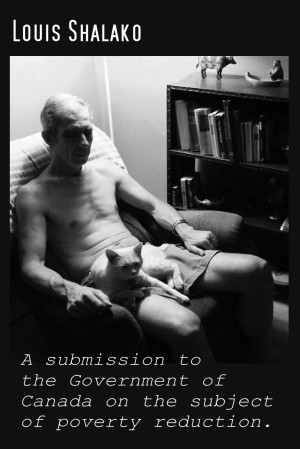 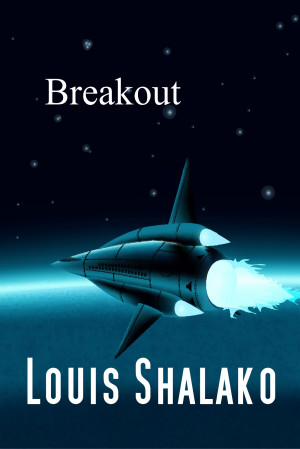 Breakout by Louis Shalako
Price: Free! Words: 7,840. Language: English. Published: February 9, 2017. Categories: Fiction » Science fiction » Military, Fiction » Science fiction » Hard sci-fi
When the enemy heavy cruiser Scimitar disappears from her berth, Captain Jamie Maszco and the crew of Wolf and her sister ships must search in the blind for an enemy that is very stealthy—and very deadly. Space is getting distinctly warm around here. A short story of science fiction and the very near future. 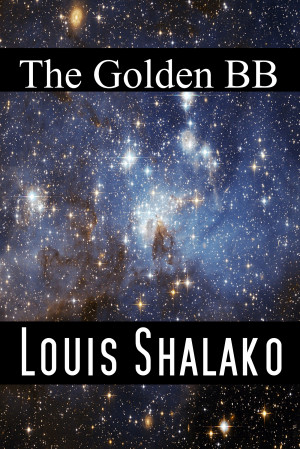 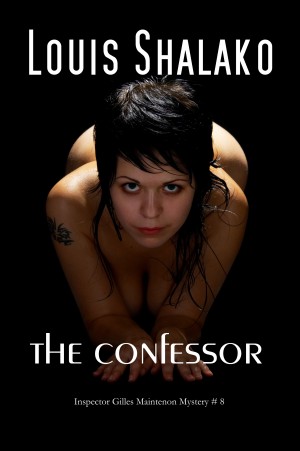 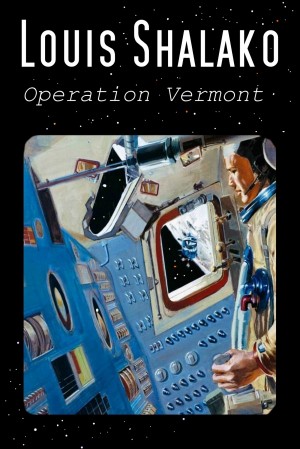 There's more than one way to skin a cat, or take out a star cruiser in Louis Shalako's science fiction, action-adventure short story of the near future. 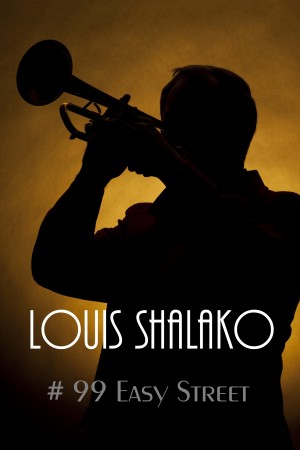 # 99 Easy Street by Louis Shalako
Price: Free! Words: 60,700. Language: English. Published: May 12, 2016. Categories: Fiction » Mystery & detective » Hard-Boiled, Fiction » Mystery & detective » Historical
Mark is a jazz trumpeter just released from a mental institution. Amy, a recent graduate from the New School, is an anthropologist studying lifelong bachelorhood in the modern urban context. A dead hooker in the bathtub seriously complicates matters just when things are getting interesting. Life is not all it seems at #99 Easy St. It is, however, better than some of the alternatives. 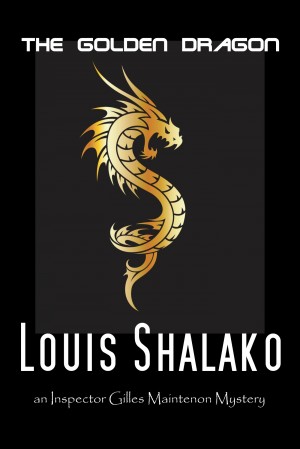 The Golden Dragon by Louis Shalako
Series: The Maintenon Mysteries. Price: Free! Words: 61,140. Language: English. Published: March 26, 2016. Categories: Fiction » Mystery & detective » Hard-Boiled, Fiction » Mystery & detective » Traditional British
Opera star Largo Banzini is killed by a dart from a blowgun at the end of Act One of The Golden Dragon. It’s an impossible crime, and Inspector Gilles Maintenon, who lost his wife Ann only a short time ago, has been a bit off lately. This is the seventh volume in The Inspector Gilles Maintenon Mystery Series. 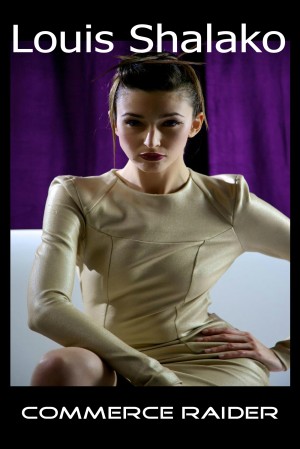 Commerce Raider by Louis Shalako
Price: Free! Words: 6,380. Language: English. Published: February 22, 2016. Categories: Fiction » Science fiction » Space opera, Fiction » Science fiction » Steampunk & retropunk
Hughy Terson, midshipman aboard the commerce raider Aquila, has charge of the prize crew aboard the captured passenger liner Princess. He’s an outlaw in the eyes of the Oligarchy. Getting Aquila to a safe haven is challenge enough. The beautiful and enigmatic Griffa Kathria Marte is another problem. Only a fool would trust her, or fall under her spell. A short and gripping space opera. 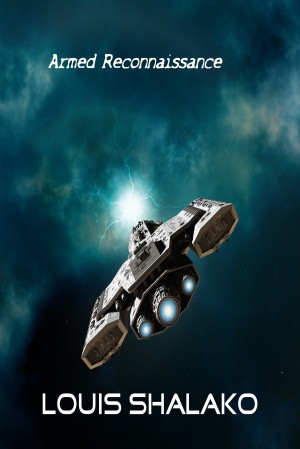 Even in space there is a need for reconnaissance. A 'consultant' named Smith and Colonel Ann 'Screwball' McCluskey are going in harm's way. They have to see what's behind that nebulous cloud, especially after losing so many of their friends to an ambush. What they will find is anybody's guess but it can't be good. A short story of military science fiction.
View their profile to see all of their books