Published 2013-09-14.
Why would you ever want to live life behind a keyboard slaving over a manuscript?
Why not? I’m retired, I’m creative, I have voices in my head—short of taking pills, what should I do? My muses (plural) are those voices in my writer’s brain. They pester my dreams, they invade my quiet and seriously distract me when driving. Ugh! I have sworn never to talk back to them—someone might think I was nuts. Anyway,my muses are way too busy talking to each other.
When did you first start writing?
Just before I retired in 2008, I began doing some research into my orphaned mother’s background. She’d always made me promise not to delve into her childhood, but she’d been gone for ten years and I knew that, if I didn’t do it, it might never be done and questions—made of greater import by her own attitude—might never be answered.

There was one mystery that popped up in my research and it set my imagination flowing. When I relayed my imagined story to a friend, she encouraged me to write a book about it.

What can I say? I fell for the oldest line in the world after, “Hey, mister, wanna friend for the night?” By the time I retired three months later, the story was written and it was the first of what is currently 22 books.
What's the story behind your latest book?
I have spent many happy hours in Virginia Beach during off-season, when the winds blow cold and hard and the salty air whips at the weather-protected palms. This is the locale chosen for my Preston Andrews series. Locals and visitors alike find many familiar frames of reference in this series. #13 in the series is "Killing Without A Trace".

A serial killer hits Virginia Beach on day #1 of spring break. Press's first thought is that an old nemesis (dead) from many years ago has come back to haunt him. The victims are, as before, the daughters of well-known families--except one. Press is thrown by the anomaly. Why the daughter of an unemployed man of modest means?

His only goal is to stop the killing before break ends and he loses more girls and perhaps the killer. He calls in the Virginia team and together they try to put the puzzle together.
What do you read for pleasure?
What other writer inspires you? Your work?

Nora Roberts is the queen of my little world. Others to whom I pay court are Patricia Cornwell, Janet Evanovich (I love putting humor into my stories), Sandra Brown is a princess, as is Lisa Jackson. You get the idea.
Why become an Indie Writer and just what does that mean?
Everywhere I go these days I see a conglomeration of descriptions for those of us who are independent authors--to those not in the "writing" biz, that means we do not darken the doors of Random House or other traditional publishers. We do the job(s) normally done by those hallowed halls of tradition all by ourselves.

That in itself tells you we are another breed altogether. We're not afraid to tackle our own responsibility for the work we put out there to the reading public.

We meet marketing our work head-on--ummmm--maybe not so head-on. Sometimes it's after a period of procrastination as fear of rejection is a terrible thing.

We cheerfully arrange our own book signing--well, okay, maybe not so very cheerfully, but we do it despite the odds!

We hawk our wares night and day--even our relatives walk the other way when they see us coming. So sad!

We creatively produce our own video trailers. By the way, have you seen my lat...oh, I digress.

We tweet, twitter, twerp--whatever you call it--until our poor fingers can no longer type "http" and our Hoot owl starts smoking.

Then, what do we get? (Only if we're lucky, mind you.) Reviews of the rating variety where we have no idea what that person gave us a 1 when 20 gave us 5s, 4s and 3s. We cry over harsh reviews of the work we were so very proud of when we put it out there. (Here's where those hundreds of new friends come in handy. They keep us out of the ER and back into our writing!)

We go through alllllll of this just to be called an indie writer? I say NO! I am an Indie Writer. (Note to reader, see those caps?) I'm proud of what I do. I may not always do it right, but I try--and MY mom said that was a good thing! I earned that capital "I" and "W". I've sweated bullets over a story, edited until I nearly went blind, hawked my work to others for honest reviews and editing ideas. Some of us even design our own covers (I am one of those). I do all those things listed above.

I am an Indie Writer and I'm proud of it and me!

Excuse me. Did you hear that faint sound of cheering? I'd swear I heard...
What do your fans mean to you?
Everything! Imagine getting nominated for something red carpetlike--well, it is just that great to hear from a fan. I graciously accept this award...
Besides cats, dogs, or children tell us something none has ever heard before from you--those little secrets that make you...you.
Well, drat. I can’t talk about my 17 pound cat, Potter As In H-A-I-R-Y (Pottie for short), or my 14 pound chihuahua, Lanc-a-lot, of my grandkids or great grandkids—what the heck else is there? Hummmmm I adore gardening, but I can’t do it anymore. I used to paint (acrylics on canvas) but haven’t since I began writing. I love mysteries, read Nora Roberts, Sandra Brown, Janet Evanovich, Lisa Jackson and Patricia Cornwell until my eyes turn red. Other than that, I’m just a normal old lady writing about murder!
What is your genre?
Well, let’s see—I’ve written romance with mystery, mystery with romance, mystery without romance, five historical romance/mysteries, one mystery/romance series—everything from a single volume to a 13-book series, novellas and three sagas. So, I guess it’s Historic/Romantic/Mystery Fiction. How’s that for a genre?
What’s your process? Seat of pants, well-devised outliner?
Oh, there is absolutely nothing outlined about my stories. Sometimes I just start with a title and let loose the hounds…ah, characters (my Preston Andrews mysteries). I let the voices in my head...ah...my muses do hard stuff. Strictly seat of pants!
Smashwords Interviews are created by the profiled author or publisher. 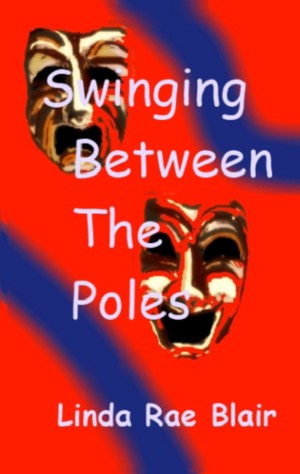 Swinging Between The Poles by Linda Rae Blair
Price: $3.99 USD. Words: 23,370. Language: English. Published: May 27, 2013. Categories: Nonfiction » Biography » Autobiographies & Memoirs
If you don't know what Bipolar Disorder means to the sufferer or those around him/her, this is for you. Here's how it has affected my life and that of those around me. With therapy, age and medication we can survive--even thrive! 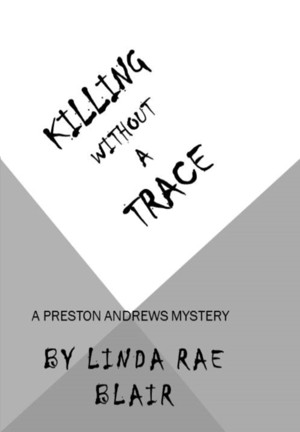 Killing Without A Trace by Linda Rae Blair
Series: The Preston Andrews Mysteries, Book 13. Price: $0.99 USD. Words: 15,850. Language: English. Published: May 26, 2013. Categories: Fiction » Mystery & detective » General
A serial killer hits Virginia Beach on day 1 of spring break. Press's first thought is that an old nemesis has come back to haunt him. His only goal is to stop the killing before break ends and he loses more girls and perhaps the killer. 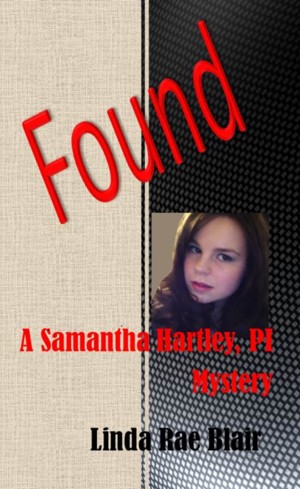 Found by Linda Rae Blair
Series: Samantha Hartley, PI, Book 2. Price: $1.49 USD. Words: 14,020. Language: English. Published: February 3, 2013. Categories: Fiction » Mystery & detective » Women Sleuths
Second in the Samantha Hartley, PI mysteries series. Sam has a new client, and she's not certain she's happy about it! Is the beautiful young woman running from a serious stalker or something else? And, just what the heck is going on with Steve? 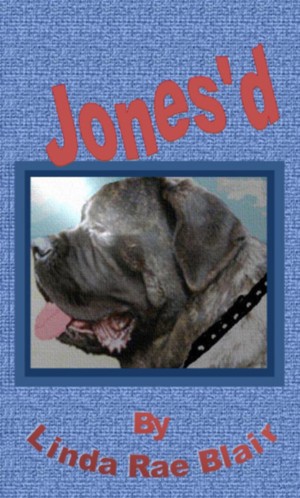 Jones'd by Linda Rae Blair
Series: The Preston Andrews Mysteries, Book 12. Price: $0.99 USD. Words: 17,350. Language: English. Published: January 13, 2013. Categories: Fiction » Mystery & detective » General
Murder investigation via the dog's perspective, this humorous mystery has Jones providing background information on the goings on in the Andrews household. His views on work, people and situations are bound to give the reader a giggle as Press and the rest of the Virginia team try to find the killer of a young woman who didn't exist just a very few years before she's found on Press's beach--dead! 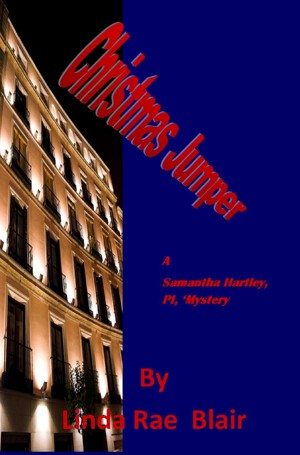 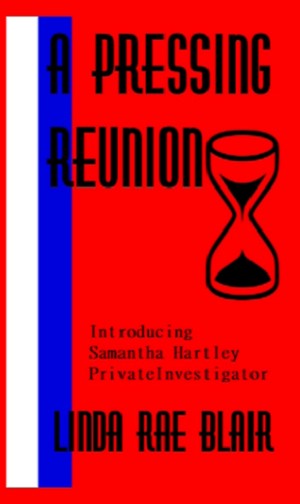 A Pressing Reunion by Linda Rae Blair
Series: The Preston Andrews Mysteries, Book 11. Price: $0.99 USD. Words: 14,430. Language: English. Published: September 11, 2012. Categories: Fiction » Mystery & detective » General
The Virginia Team is contacted by a young woman with whom Press has had dealings in the past. Little does Press know that he is about to work toe-to-toe with his old nemesis, FBI Director Malcolm Probst. Rachel has to face her own demon from the past. With all their lives in danger and two possible sources of the threat, can Press and Probst work together as a team? Is DC in danger? 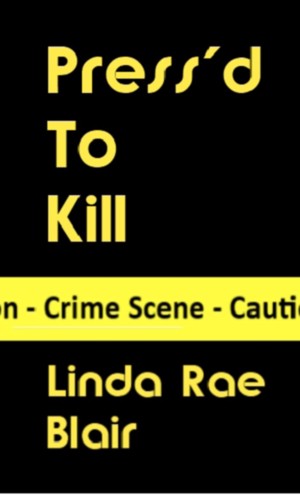 Press'd To Kill by Linda Rae Blair
Series: The Preston Andrews Mysteries, Book 10. Price: $0.99 USD. Words: 16,840. Language: English. Published: September 6, 2012. Categories: Fiction » Mystery & detective » General
With just weeks before the biggest event of his life, everything goes wrong. In the midst of their celebration comes a terrible death, and that's just the beginning. Preston takes a life--now we have to figure out why. He could lose everything on this one! 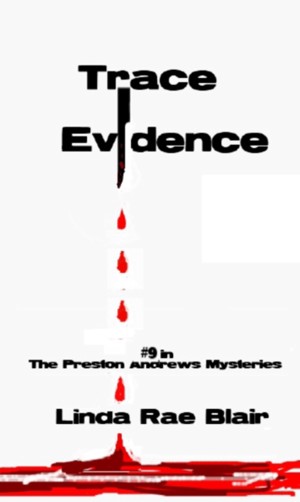 Press has to work this one without his partner. There's been a murder entirely too close for comfort, and the whole VA team has to come together to prove Trace's innocence. Unrequited love can be a real killer! 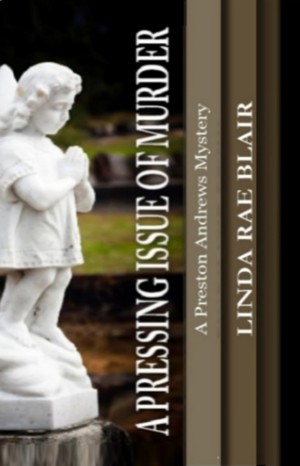 A Pressing Issue of Murder by Linda Rae Blair
Series: The Preston Andrews Mysteries, Book 8. Price: $0.99 USD. Words: 15,900. Language: English. Published: March 1, 2012. Categories: Fiction » Mystery & detective » General
A young hospital administrator is found dead only three months after the suicide of his predecessor. Press and the Virginia team come together with Detective Ross Graham of the Norfolk PD to resolve an issue of murder. Then Press's favorite coroner comes unglued when a small child dies unnecessarily. How these and more all come together is a very pressing issue of murder! 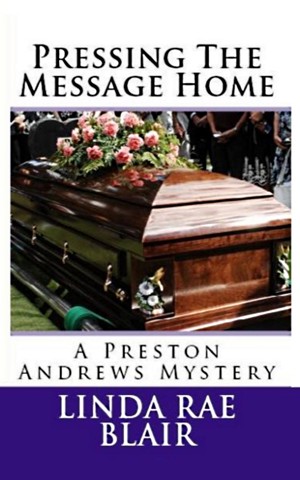 Pressing The Message Home by Linda Rae Blair
Series: The Preston Andrews Mysteries, Book 7. Price: $0.99 USD. Words: 16,390. Language: English. Published: December 29, 2011. Categories: Fiction » Mystery & detective » General
It is spring of 2012. A brilliant, young law student is found dead in Virginia Beach and Press is not happy. Murder in his town always makes him unhappy. He'd much rather he was put out of business.
View their profile to see all of their books