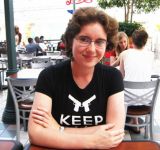 Published 2013-10-06.
Describe your desk.
It's a great big wooden table that I bought from Goodwill for $5. Then I bolted a keyboard tray to its underside. On top there's a desk lamp, some pencils, and a rotating cast of to-do lists. There's also a bowl of screws. (Unrelated to any writing project.)
What is the greatest joy of writing for you?
The armchair surfing! You get to go to these interesting places and meet interesting imaginary people. Then you get to share those travels with real people.
How do you approach cover design?
I ran a classified ad at the Minnesota College of Art and Design looking for a cover illustrator. There's so many talented students there who are looking to expand their portfolios. Kelsey King's work was clearly the best fit for the look I wanted. I've been hiring her to do cover art ever since and she's gone on to be a professional illustrator.

I'd recommend this to anyone: check out your local art school for a cover illustrator.
What are you working on next?
It's about a kid who's trying to become an evil overlord. It turns out it's not easy.
Who are your favorite authors?
Terry Pratchett is tops. Nobody else writes like him. There's also Philip Pullman, J.K. Rowling, Anne McCaffrey, Isaac Asimov, Robert Heinlein, Meredith Anne Pierce.
When you're not writing, how do you spend your time?
I like to bake. It's hard to find something to do with all the cookies when I'm done, though, because it's only me in the apartment. Also I see my family and waste time on the Internet.
Do you remember the first story you ever wrote?
Yep. I must have been in the first grade or so. I watched my dad clear away a dead tree in the backyard, which left behind this big hole in the ground. I got really excited and ran inside and tried to write a story about a couple of kids whose dad clears away a dead tree in the backyard, leaving a big hole. The kids crawl into the hole and it turns out to be a tunnel to a magical world. Then I couldn't figure out what should happen next.

The first story I finished was in the sixth grade. That one was about a mushroom that turned out to be a space alien.
What is your writing process?
First, I make a bullet point list of what I want to have happen in the story. Then I scribble out a slapdash rough draft. Then I write the text over again in the word processor, sort of like going over it with a rolling pin. Then over it again with the rolling pin, and again, and again.
Do you remember the first story you ever read, and the impact it had on you?
Nope. But the first chapter book I read was Little House in the Big Woods.
Anything else we need to know?
I am a huge dork. I'm an active TV Troper. I have a definite opinion on Kirk vs. Picard, but I'm not going to say what it is because I don't want to start a war here. If you get me going about really good science fiction and fantasy, the stuff that sets people on fire, I'll start talking fast and making big arm gestures.

Also, if anybody ever asks you Edward vs. Jacob, the only appropriate answer is Buffy.
Smashwords Interviews are created by the profiled author or publisher. 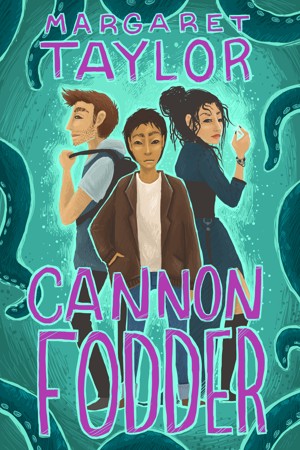 Cannon Fodder by Margaret R Taylor
Price: $3.99 USD. Words: 70,600. Language: English. Published: March 30, 2014. Categories: Fiction » Fantasy » General, Fiction » Young adult or teen » Science Fiction
The good guys always win – and Alec Nightshade isn't going to take it anymore. Alec's a fifteen-year-old member of the Norgolian Society of Evil Overlords, which means not having much of a life expectancy. When a hero hunts down and kills his aunt, the Viper, he sets off on the first evil scheme of his life to set things straight. 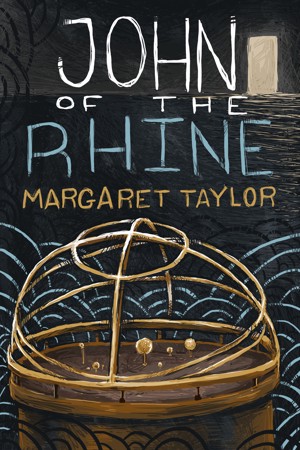 John of the Rhine by Margaret R Taylor
Price: Free! Words: 7,440. Language: English. Published: December 31, 2013. Categories: Fiction » Fantasy » General, Fiction » Fantasy » Short stories
One spring evening in 1861, a lump of river mud wakes up in an alchemist's basement. His name is John. His new master has peculiar habits. When the modern world comes to their village in the form of a rail line, John discovers this whole being alive business is more complicated than he'd thought. 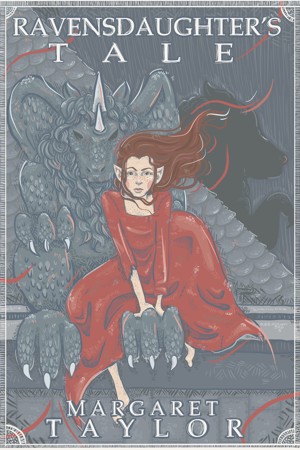 A feral child runs wild in the rooftops of a castle, awaiting the day the fairies will come take her away. 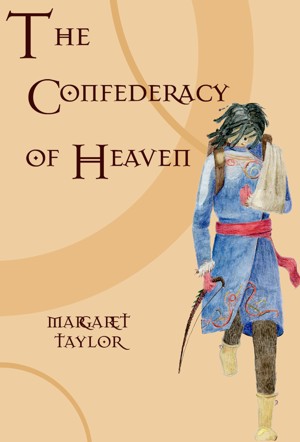 There has been no rain for two hundred years. Nasan Rattlingbones has been exiled from her clan and left to fend for herself in the waste. She discovers she may be at the heart of a heavenly conspiracy involving the curse on her world. 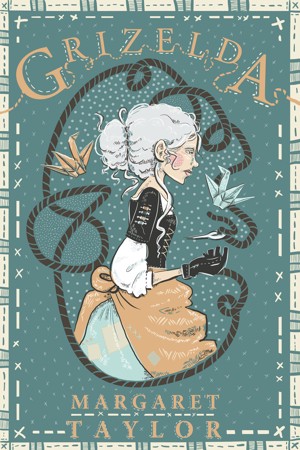 Accused by the government of practicing witchcraft, 14-year-old seamstress Grizelda must go into hiding beneath the city to save her life. Problem: the goblins who already live there barely tolerate her presence. The pixies are not to be trusted. And she's tempted to break her hiding for a band of revolutionaries who might end magic persecution once and for all.