Published 2015-02-02.
Where did you grow up, and how did this influence your writing?
I grew up in Sweden, and moved to Canada in my early 20s. My parents both read a lot, and we had a ton of books at home. Ever since I was a child, I've been a voracious reader, and science fiction and fantasy were my favourite literary genres right from the start. The writers that have made the deepest impression on me are probably Ray Bradbury and Ursula K Le Guin. I love Bradbury's poetic style of writing science fiction (even though he's not as "hard" a sci-fi writer as some of my other favourites in the genre), and Ursula K Le Guin is just a spectacular writer whether she is writing sci-fi or fantasy.
When did you first start writing?
I've been writing stories for as long as I can remember. My first published work was a collection of poetry in Sweden. I wrote it mainly while I was a teenager, and it was published when I was 20.
What's the story behind your latest book?
Odin's Eye is a collection of short stories that are set in my imagined future world. They deal with how technological change and large or small disasters affect human beings caught up in that future.
What motivated you to become an indie author?
For many years I kept writing in Swedish, even though I now live in Canada. Writing books and getting published in English, which is my second language, always felt terrifying. I think many writers can feel that fear when writing in a new language - no matter how proficient you are. Self publishing these short stories are my first step into the brave new world (for me) of English language fiction.
How has Smashwords contributed to your success?
I fell for Smashwords because of the friendly interface and the friendliness with which it greets and supports its authors. It was an easy choice to make once I had looked around at some of the alternatives.
What is the greatest joy of writing for you?
When you find that writing flow (and I don't always find it) when the words on the page match what you feel in your mind... that's an amazing feeling. And anytime people say that something you wrote touched them: that's always a great vibe.
What are you working on next?
My next writing project is a science fiction novel. It's set in the same loosely constructed future world that is explored in "Odin's Eye". I don't want to reveal very much about it, but it is set within our solar system.
Who are your favorite authors?
I have many favourite authors. In science fiction it would be Ray Bradbury, Ursula K Le Guin, Arthur C Clarke, William Gibson, and Isaac Asimov. In fantasy, Tolkien is one of my all-time favourites, as well as Le Guin (again!), George R.R. Martin, and Philip Pullman. George Orwell, John Le Carre, Umberto Eco, Bernard Cromwell, and Colleen McCullough are other favourites of mine. I also love the Swedish authors Vibeke Olsson and Pär Lagerkvist.
When you're not writing, how do you spend your time?
I have two kids that keep me busy and a big black dog that takes me for walks every day. I love hiking in the woods, reading, watching movies, cooking, hanging out at the beach in summer, and traveling.
Do you remember the first story you ever read, and the impact it had on you?
It wasn't the first story I ever read, but reading Tolkien's Lord of the Rings trilogy as a young teenager really blew my mind. It was the first book I'd ever read that completely immersed me in an alternate reality. I remember reading long into the night to finish it, and crying my eyes out as the story ended: I didn't want to leave that world, I wanted to stay there and for the story to go on. I still feel shades of that every time I re-read the books.
What are your five favorite books, and why?
Aaaa! Too many to choose from! Five of my favourite books are Ursula K Le Guin's "The Tombs of Atuan", Bradbury's "The Martian Chronicles", Tolkien's "The Lord of the Rings", Umberto Eco's "Foucault's Pendulum", and John Le Carre's "Tinker Tailor Soldier Spy".
Smashwords Interviews are created by the profiled author or publisher. 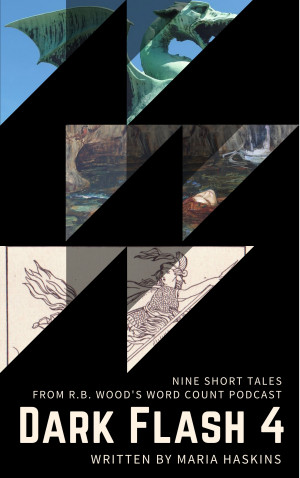 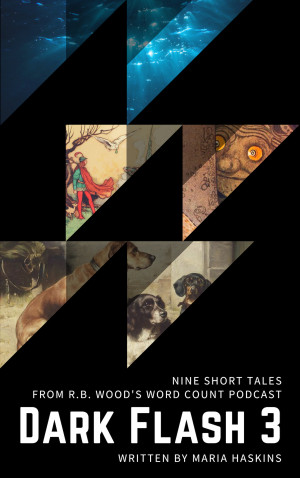 Dark Flash 3 by Maria Haskins
Price: $0.99 USD. Words: 9,290. Language: English. Published: December 7, 2018. Categories: Fiction » Fantasy » Short stories, Fiction » Horror » General
Nine flash fiction tales by Maria Haskins. Ranging from science fiction to dark fantasy to horror, these nine tales will bring you into strange worlds and strange woods, where you might meet monsters and wolves, trolls and dogs, and what seems like a kindly old cleaning lady in an elevator. Nothing is quite what it seems here, and that's what makes these tales both weird and wonderful. 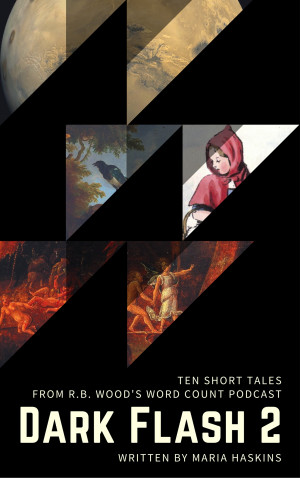 Dark Flash 2 by Maria Haskins
Price: $0.99 USD. Words: 10,280. Language: Canadian English. Published: December 4, 2017. Categories: Fiction » Fantasy » Short stories, Fiction » Science fiction » Short stories
Ten stories of dark fantasy, science fiction, and horror. Wolves and angels, witches and robots, beasts and lost children...there's a bit of everything in this collection of flash fiction! All ten stories originally appeared on R.B. Wood's Word Count Podcast, and are now available as an ebook for the first time. This is a sequel of sorts to Dark Flash, published in 2016. 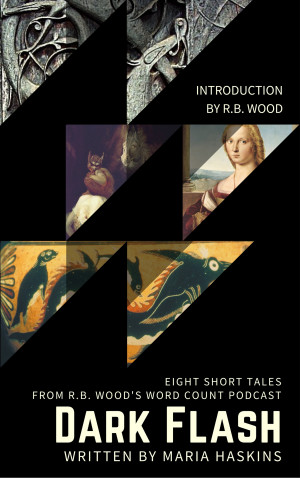 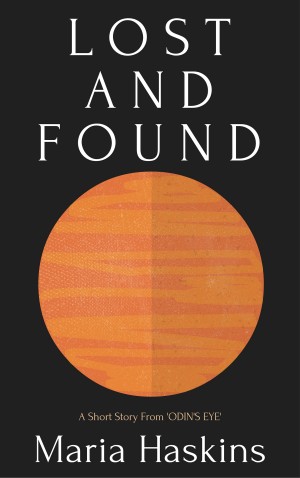 Lost And Found - A Short Story From ODIN'S EYE by Maria Haskins
Price: Free! Words: 6,390. Language: English. Published: November 29, 2015. Categories: Fiction » Science fiction » Short stories
Somewhere in the vast depths of space, a mission has gone horribly wrong. Now a woman is trapped all alone on an alien planet with nothing but her pain and her harrowing memories. At least, she thought she was alone... Lost And Found is a chilling and evocative science fiction short story from Maria Haskins' book ODIN'S EYE. 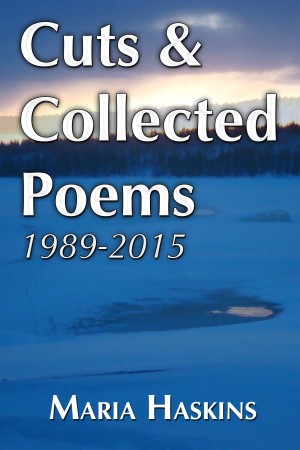 Cuts & Collected Poems 1989 - 2015 by Maria Haskins
Price: $2.99 USD. Words: 13,580. Language: English. Published: November 9, 2015. Categories: Poetry » Contemporary Poetry
'Cuts' is Maria Haskins' first collection of poetry written in English. Also included in this book are her three previously published collections of poetry: 'Blå' ('Blue'), 'Honung' ('Honey'), and 'Den tredje' ('The Third'). All have been translated from the original Swedish to English by the author, and are available in English for the first time. 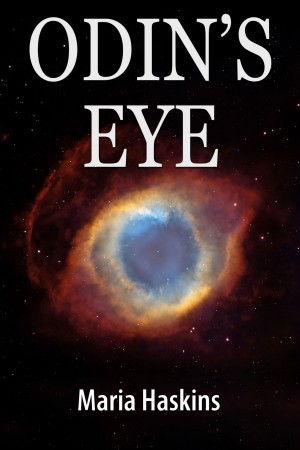 Odin's Eye by Maria Haskins
Price: $2.99 USD. Words: 57,260. Language: English. Published: March 16, 2015. Categories: Fiction » Science fiction » Short stories
These twelve evocative science-fiction short stories follow twelve individuals in a distant, or maybe not so distant, future. Each character is facing a challenge or choice that will change the course of their life, and might also affect the fate of humanity itself.