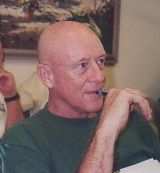 Published 2013-11-30.
What are your five favorite books, and why?
My favorites are several of the books written by Preston and Child, and Michael Crichton. I have enjoyed as second tier, books by Thomas Harris, David Baldacci, Daniel Silva, Greg Isles, James Patterson, Christopher Reich, John J. Nance and Robert Crais. Books have to really move to keep my interest.
What book marketing techniques have been most effective for you?
Using social media to communicate what my books have to offer readers--in other words why they are different.
Describe your desk
Cluttered with projects; it actually spans four tables set in a near square covered with files, note pads on various projects, information for review, and notes on topics of interest.
What's the story behind your latest book?
It's about the discovery of ancient technology and the secret insides of a mountain in Belize. It's about a sentinel that guards the mountain and a scepter instrument of immense power. It's about a jeweled ball dealing out blue-death. It's about a Mayan sorceress, her diary, and her healing ministry. It's about attempting to save high-tech ancient technology for the benefit of man-kind in the face of covert attempts by conflicted nations to possess it for their own purposes. It's an adventure thriller about plausible reality. It's titled "The Mountain Place of Knowledge," the first book in the Ancestor Series of adventure-thrillers. Book II in the series, "The Ice Cap and the Rift," is coming soon.
When did you first start writing?
Although I actually diddled with a novel called "Junior" in my late twenties and another stab at outlining a idea I had for a thriller in my mid-thirties, my writing until 1998 was in the realms of personal transformation and business plans. In 1998 I was struck by a bout of nearly automatic writing. The overall story that is becoming the Ancestor Series of adventure-thrillers rushed onto paper over a year and a half. Ever since, I've been diligently learning how to write effectively and refining my writing into the individual books in the series.
When you're not writing, how do you spend your time?
Golf, cardio workouts three times/week, errands--taking care of myself, movies, dining, quality sports events, traveling to interesting places (always with my Acre notebook). Communing with Nature and contemplating.
What is your writing process?
I write scene by scene, idea by idea. Those snippets end up getting ordered and reordered, massaged, and most end up as chapters in the book.
What motivated you to become an indie author?
The fact that, if you are an unknown, you will not attract the professional attention of agents or publishers, even though your works could be classified as above average or better. If you want to be accepted by the traditional publishing industry, you have to go out and prove you can sell your books. Of course, now days if you have the financial resources and promotion moxie, you can build a team of service providers and attempt to do most of what the major publishers do in order to give yourself a chance at that success. If success comes, you will be in a position to choose which path you want to take going forward.
Why are your books worth reading?
My thrillers are written to engage the reader--provide an opportunity for he or she to feel close to the action and part of the adventure. The books are steeped in plausible reality--nearly real--perhaps precursors to future reality--like Jules Verne. There about discovery of high tech relics from ancient civilizations and the chaos brought between major powers attempting to control possession. I imbue the stories with spiritual uplift, a sprinkling of metaphysical principles, and cast the stories with interesting characters. The pace is like a raging river, but if you don't like headstrong women, you may not like my books; and if you're turned off by a male protagonist who is prone to hiding from romance, you may not like my books. Even so, many readers have reported they can't put my books down.
What are you working on next?
Book II in the Ancestor Series of adventure-thrillers, "The Ice Cap and the Rift," will be ready for production of the Advanced Reader Copy in early Spring, 2014. Another thriller not associated with the series called, "The Apothecary," is next in line. There are other projects underway as well. Going to my website is the best way to get plugged in: http://www.marshallchamberlain.com
What do you read for pleasure?
Wouldn't you guess: suspense, action and adventure thrillers.
Smashwords Interviews are created by the profiled author or publisher. 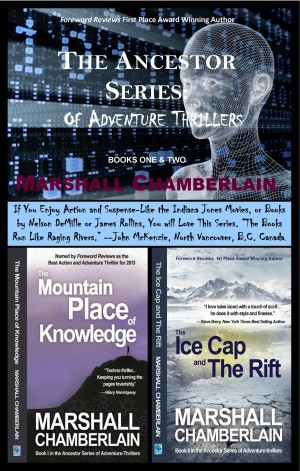 The Ancestor Series of Adventure Thrillers: 2-Book Set: (Book I: The Mountain Place of Knowledge; Book II: The Ice Cap and the Rift) by Marshall Chamberlain
Price: $6.99 USD. Words: 199,480. Language: English. Published: August 22, 2015. Categories: Fiction » Thriller & suspense » Action & suspense, Fiction » Science fiction » Military
If you like action adventure thrillers like Indiana Jones, or books by Nelson DeMille, or James Rollins and the Sigma Force, you will love the books of the Ancestor Series of adventure thrillers. Marshall Chamberlain gives us raging adventures into plausible reality that will keep you turning the pages. 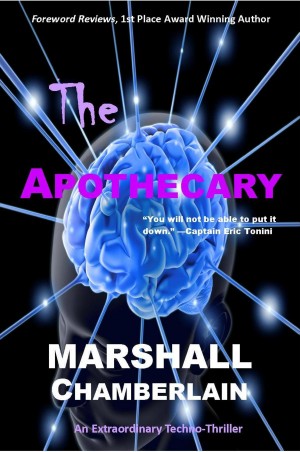 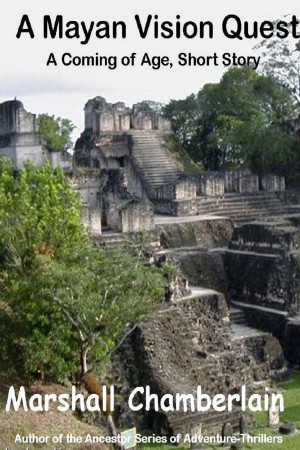 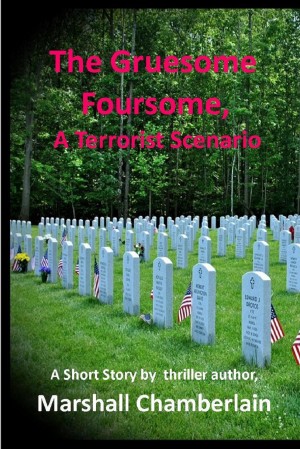 The Gruesome Foursome: A Terrorist Scenario by Marshall Chamberlain
Price: $2.99 USD. Words: 8,300. Language: English. Published: April 29, 2014. Categories: Fiction » Plays & Screenplays » American
A plausible terrorist attack on a major U.S. military base from the perspective and viewpoint of the terrorists. 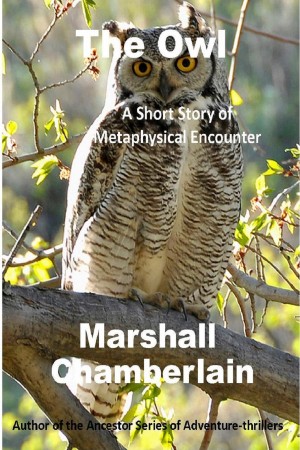 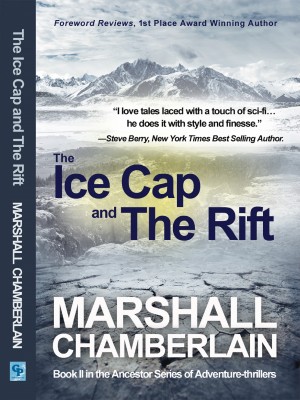 The Ice Cap and the Rift by Marshall Chamberlain
Price: $3.99 USD. Words: 85,380. Language: English. Published: October 3, 2014. Categories: Fiction » Thriller & suspense » Action & suspense
If you like action adventure thrillers like Indiana Jones or books by Nelson DeMille, or James Rollin and the Sigma Force, you're going to love The Ice Cap and the Rift. It runs like a raging river. From a "Foreword Reviews," Award Winning Author, Marshall Chamberlain gives us another adventure into plausible reality. 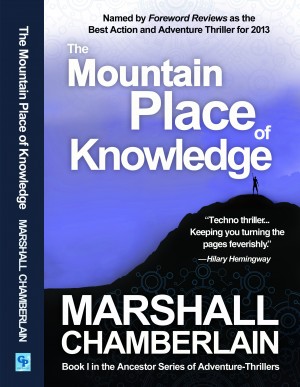 This is the 2013, revised 2nd edition. It was recently named the best action & adventure thriller for 2013 by "Foreword Reviews.": It's about... A place of knowledge inside a mountain in Belize. A sentinel that guards the mountain entrance. A scepter instrument that heals and destroys.