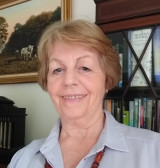 Published 2021-02-24.
What motivated you to become an indie author?
For many years I have been editing and self-publishing books for my husband and private clients but had had an idea for a novel in my head for a long time. When the Covid 19 pandemic struck last year and I was forced to self isolate, I decided it was time to finally get down to writing that novel.
What inspires you to get out of bed each day?
Every new day offers me, through my characters, the prospect of moving my stories forward, and I am not always sure in which direction!
What is the greatest joy in writing for you?
The greatest joy in writing for me is that I can be anyone, can do anything and I can go anywhere in the world when I'm writing.
What's the story behind your latest book?
Karma tells the story of a young woman, Adrienne, twenty two years old, who is determined to find out what happened to her mother who left the family home ten years previously and never returned. Her quest takes her to Paris in 1972 where, accompanied by a man claiming to be the father she had never known, the story of what happened to her mother gradually unfolds. There are many twists and turns along the way culminating in a shocking conclusion.
What is your writing process?
The process for me starts with a situation which I then people with characters. Once my characters are developed they begin to act out the situation seemingly quite outside my control. I have experimented with creating a plan first, but somehow my characters never quite stick to it!
How do you approach cover design?
This is a tricky one. There are so many aspects to consider when choosing a cover. I think it has to say something about the genre, the mood and the story of the book. It has to look good in all formats, including being readable at the size of a postage stamp! When I have a few designs worked out I usually pass them around friends and family who help me to choose the most appropriate one judged against these criteria.
Describe your desk
My desk is my computer and keyboard plus a notepad and pen in case any out of context random ideas pop into my head so that I can capture them to use later.
When you're not writing, how do you spend your time?
These days when I'm not writing, having decided to go down the self-publishing route, I seem to be spending quite a lot of time setting up the marketing of my work. As i progress and build my fan base, I hope that I will be able to spend all my time on writing which is what I enjoy most.
Apart from my literary efforts, I have twenty grandchildren and five great grandchildren, and a husband who also writes, so I'm kept pretty busy!
Where did you grow up, and how did this influence your writing?
I grew up in an industrial area half way between Manchester and Oldham. It was a working class area and we were a working class family without many opportunities for cultural enrichment. My escape was through the magic of cinema rather than reading books, and that was where my imagination was stimulated.
Do you remember the first story you ever wrote?
The first story I ever wrote was about a person lost at sea. That was nearly sixty years ago and my English teacher was delighted with my efforts. However, I lacked confidence and belief in myself and instead of pursuing writing I decided that it would be more lucrative and predictable to become a scientist. I now regret my choice at that particular cross roads in my life.
When did you first start writing?
I can remember precisely. It was 1982. I was going through a particularly turbulent period in my life and to try to make sense of my emotions I began to write poetry. Great therapy!
What are you working on next?
My next book is a psychological suspense novel, Secrets and Lives. It is now at the proofing stage and I hope to release it in May 2021. This is about the unintended consequences of a young woman giving up her baby for adoption in the 1970's and how that decision not only affects her own life but that of her future family.
How has Smashwords contributed to your success?
It's a little early to answer this question, but I am hopeful that using the techniques and resources Smashword offers, it is one I will return to in a few months time!
Smashwords Interviews are created by the profiled author or publisher. 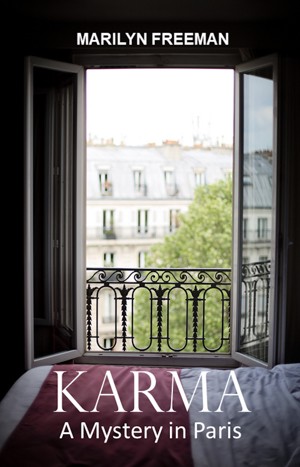 Karma, A Mystery in Paris by Marilyn Freeman
Pre-release—available April 3, 2021. Price: $0.99 USD. Words: 41,250. Language: English. Categories: Fiction » Thriller & suspense » Psychological thriller, Fiction » Adventure » Action
A fast-moving mystery suspense novel in which a chance discovery following a fatal accident propel Adrienne on a journey to Paris to determine what happened to her mother when she left the family home ten years previously.The story spans three decades with its origins in the Nazi occupation of Paris and includes many twists, turns and shocks along the way. Includes a useful discussion guide.