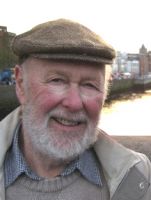 Published 2014-09-01.
When you're not writing, how do you spend your time?
I used to buy houses, do them up, and sell them (usually at a loss). I used to create gardens on bare field sites - though my younger daughter (who IS a gardener) says I was never more than a plant collector. For 20 years I mentored the county writers' group but gave up when it became an effort to walk from the car to the meetings. But most days for the past 50yrs I've spent 10 to 12hrs writing, and I can still manage that: emails, web pages, letters to editors, and even some fiction (in which I include my autobiography, on which I'm still working).
How do you discover the ebooks you read?
Alas, I prefer traditional books - of which I still have too many, despite having sold off 4,600 of them since 2001.
Do you remember the first story you ever wrote?
I tended to write plays rather than stories.My two younger brothers and I performed them for our parents (who were skilled at hiding their boredom) every Sunday. They were based on the cowboy and Flash Gordon movies we saw in the Saturday shows for children. I turned to stories around the age of 15 - gruesome, curdle-your-blood tales for the entertainment of friends. One described an accident in a meat factory, where a man got entangled in a drive belt that hung from a wheel on a drive shaft in the roof. He not only got battered to death against a rafter but got snagged on a hook on the way down. The hook was travelling in the opposite direction so it started to dismember him – and continued to do so on every pass. The dismemberment was not crudely handled, for I took care to get the anatomy right; for instance, the Latissimus dorsi and Teres major were ripped out before the hook caught the Os scapula. A medical student could have passed 1st MB in anatomy after a single reading of that story.
What is your writing process?
It begins with a contract from a publisher: I write an outline; the publisher agrees; we sign a contract; I start on Chapter One. By Ch3 I can usually throw the outline away because the characters have started to develop in unpredictable ways and they are always more interesting than anything I might have planned for them. I write for between 8 and 12hrs a day but can always stop for shopping, home maintenance, entertainments, visiting friends, etc. The writing goes on somewhere out of sight even when I'm not at the keyboard.
Do you remember the first story you ever read, and the impact it had on you?
The first story I remember reading was Robinson Crusoe in an illustrated edition for children. There was a picture that showed Crusoe entering a cave, holding aloft a glowing firebrand, only to discover that the puzzling noise he heard was a dying goat. The drawing terrified me, with an enormous goat-shadow cast upon the cave wall, and I always turned over two pages at that point.
How do you approach cover design?
I was four years at art school, two more at the Slade, and taught graphic design at Hornsey College of Art in the 1960s. I also worked as editor of heavily illustrated books. So, of course, I hated most of the covers my publishers chose ... full of unconvincing young ladies in crinolines, suggesting nothing but empty minds and idle days. (I except those by Gordon Crabb, a superb artist in his own right.) I look for one telling image, preferably photographic and an interesting background related to the story.
What are your five favorite books, and why?
The actual five favourites? That would vary with the moon and season but they would most likely be from: The novels of Joyce Cary, the master of the English Liberal Nonconformist conscience. Or Evelyn Waugh, the master of satire who showed me the value of the delayed time bomb in a novel - the clue laid down around Ch3 and left festering until near the end of the story. Or Nathaniel West, who raised despair and disgust to a high art. Or Hemingway, who showed that the simplest prose could be more subtle than the most ingenious and flowery offerings. Or Steinbeck, for his ability to preach through telling details from life rather than by persuasive arguments from his head.
What do you read for pleasure?
[See the previous answer] Also nonfiction about science, evolution, genetics, economics, language, historical scandals ...
What does your wife think of your work?
From the very beginning her attitude was: "I'm no help at all if all I can say is that I love it and keep going as you are." So she will say, "This bit of the story doesn't work." And I'll say, "It does." And we'll have a "discussion" about it. And I'll say, "Well, I'm going to leave it as it is." And then next day I'll sit down at the computer and change it. Mostly along the lines she suggested. I used to ask my editor, "Which one of us is right?" But she answered "Your wife!" so many times that I threw in the towel. My two daughters were pretty good at it, too.
Will you ever give up writing?
Yes. At precisely the same hour, minute, and second that I give up breathing.
Smashwords Interviews are created by the profiled author or publisher. 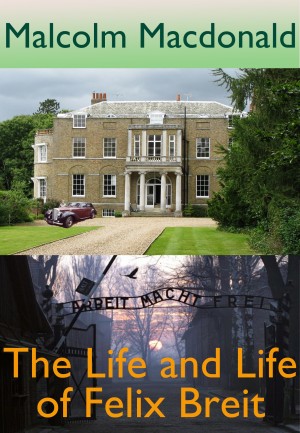 The Life and Life of Felix Breit by Malcolm Macdonald
Price: $2.99 USD. Words: 281,520. Language: British English. Published: January 3, 2016. Categories: Fiction » Literature » Literary
In the mid-1940s seven families rent an elegant country house 30 miles from London. Most fought in the war. Two survived the Nazi death camps. Between them they produce two dozen children (The Tribe) whose growing-up is a large part of the story. This is an intimate picture of all their lives in which the Swinging Sixties, Carnaby Street etc hardly intrude. *Real* social history, in fact. 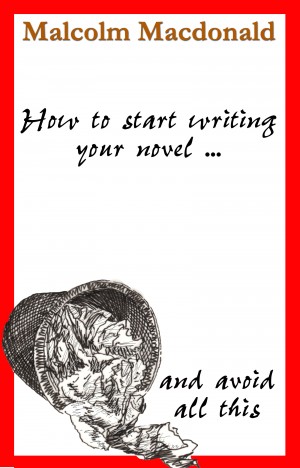 How to Start Writing Your Novel by Malcolm Macdonald
Price: $2.99 USD. Words: 121,510. Language: English. Published: July 5, 2015. Categories: Nonfiction » Reference » Writing skills, Nonfiction » Self-improvement » Creativity
A guide to aspiring novelists who know they have a story to tell but just somehow can't get it going. Using examples from his own 33 novels he shows how your intentions should shape your output - and, although there can be no rigid rules, there are principles that lead to success and practices than usually mean failure. Plus an appendix on grammar and presentation to maximise success. 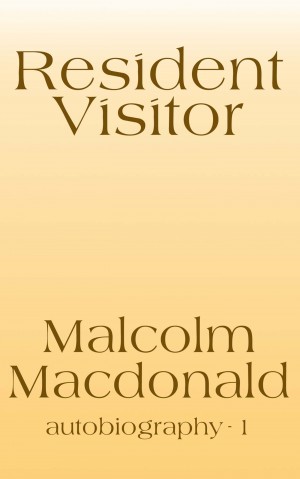 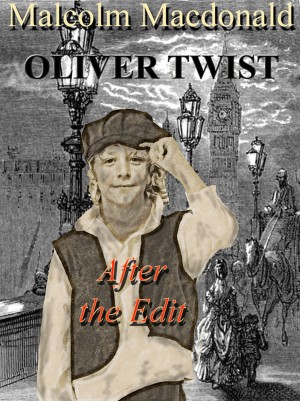 Oliver Twist - After the Edit by Malcolm Macdonald
Price: $2.99 USD. Words: 175,770. Language: English. Published: September 1, 2014. Categories: Fiction » Historical » Victorian, Essay » Literature
Dickens's original story contains 26 Incredible Coincidences, 21 Unanswered Questions, and 5 Plain Impossibilities. "Oliver Twist - After the Edit" sticks as close to the original as possible while getting rid of them all. It is both a serious piece of literary criticism and an even more enjoyable story. Includes the sort of critical notes a modern editor would make on the original ms today. 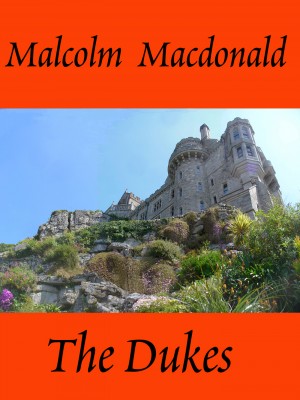 The Dukes by Malcolm Macdonald
Price: $2.99 USD. Words: 191,110. Language: English. Published: June 12, 2014. Categories: Fiction » Historical » Victorian, Fiction » Historical » Victorian
"The Dukes" is the story of a disputed inheritance, a national institution, a great family of soldiers of fortune, heroes, beauties, scoundrels, eccentrics, adventurers, an unbroken line of blue-blooded fascination that covers a hundred years of English (and American) history and social life, an intimate glimpse into the life of a great aristocratic family. 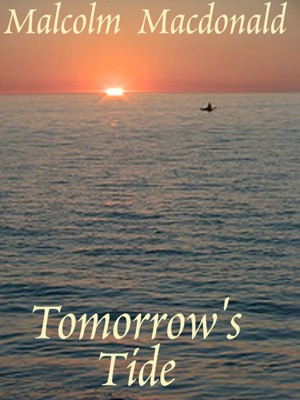 Tomorrow's Tide by Malcolm Macdonald
Price: $2.99 USD. Words: 135,910. Language: British English. Published: February 16, 2014. Categories: Fiction » Historical » Victorian, Fiction » Romance » Historical » General
An abandoned baby leads a teenage girl to a brilliant career. In 1910 young teenager Jennifer Owen discovers an abandoned baby in a field, wrapped up with a penny for luck. Years later, with the help of society hostess Millicent Colston-Smart, she decides to track the child down. The trail (and that exact penny) leads to some startling discoveries for all concerned. 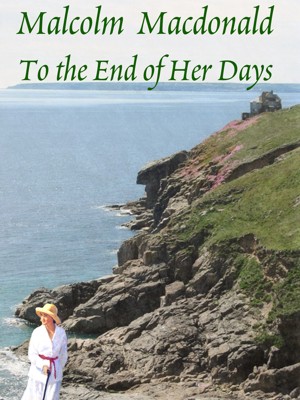 To the End of Her Days by Malcolm Macdonald
Price: $2.99 USD. Words: 164,150. Language: British English. Published: January 16, 2014. Categories: Fiction » Historical » Victorian, Fiction » Romance » Historical » General
Lay aside your present sorrows; others will deserve them more. When Jessica Lanyon's husband finally dies in 1920, of wounds from the Great War, she finds herself in charge of her own destiny for the first time ever. She does not lack for friendly and not-so-friendly advice but has no real ally until Lorna Sancreed, also widowed, arrives one day. But can the supposedly vulnerable Lorna be trusted? 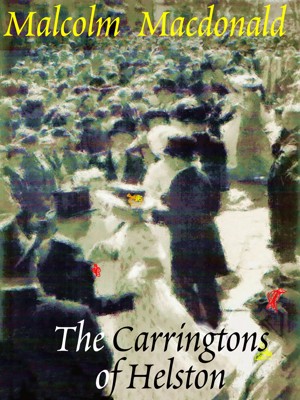 The Carringtons of Helston by Malcolm Macdonald
Price: $2.99 USD. Words: 154,100. Language: British English. Published: January 9, 2014. Categories: Fiction » Historical » Victorian, Fiction » Romance » Historical » General
An old feud or a new love – which will prove the more deadly? In 1914 widower John Carrington returns from America to Cornwall, his ancestral homeland, with his grown-up children in tow. They hope to settle comfortably but an ancient feud with the neighbouring Liddicoats resurfaces – only to be complicated by love affairs across the feud lines. 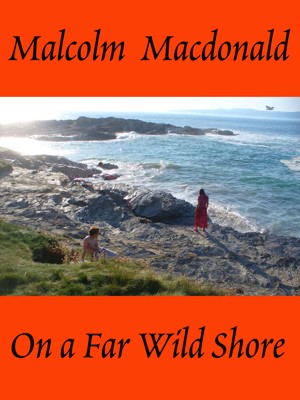 On a Far Wild Shore by Malcolm Macdonald
Price: $2.99 USD. Words: 163,440. Language: British English. Published: December 20, 2013. Categories: Fiction » Historical » Victorian
Inheriting a great estate? How wonderful! And the people who go with it? In 1889, young, beautiful, and newly widowed, Elizabeth Troy travels to her late husband's Cornish estate, hoping to find comfort among its fertile hills and valleys. But to her horror she finds the vast, decaying acreage of Pallas is now her sole responsibility – and that Morwenna Troy, her sister-in-law, is her sworn enemy. 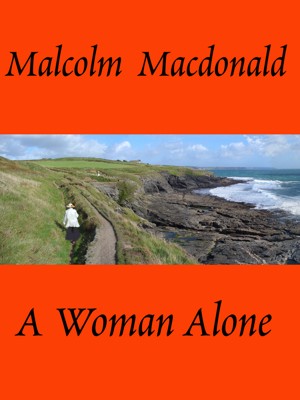 A Woman Alone by Malcolm Macdonald
Price: $2.99 USD. Words: 142,140. Language: British English. Published: December 20, 2013. Categories: Fiction » Historical » United Kingdom
When all the good men are flawed, what’s a good woman to do? Village girl Roseanne Kitto is destined to be farmer Mark Bodilly's wife – until a chance encounter with Stephen Morvah, the squire's son, presents her with a dilemma. Eventually she makes the socially scandalous (in the 1870s) decision to live alone – a “sin” she compounds by adopting a baby boy after his mother is murdered.
View their profile to see all of their books