Published 2020-09-13.
Where did you grow up, and how did this influence your writing?
I grew up between the SF Peninsula and Hawaii, where I spent several years of my childhood. I'd say that Hawaii influenced the way I deal with people a lot more than it did my writing, but in terms of my writing, it fostered a sense of individuality and imagination which I am sure could not have blossomed on the mainland. And the SF Peninsula in the late sixties-early seventies was a very fervid cultural and counter-cultural environment, and all those things were definitely a big influence on me. It was the de facto capital of the world, or at least the West Pole, for a number of years.
What is the greatest joy of writing for you?
I like to write and would write even if there were no commercial impetus to it. I like to create stories I would not mind reading myself. If others enjoy my writing then, I am gratified. The act of creation itself is personally more meaningful than monetary concern, although of course that IS a factor. But I write for the same reasons I make music-for the love of it. It's a life, if not a living .
Who are your favorite authors?
Ken Kesey, Kurt Vonnegut, Lawrence Durrell, J.R.R. Tolkien, and Theodore Sturgeon.
When did you first start writing?
I began writing early on, around age nine, and happened upon a real deep period of short story writing at fourteen. This period was very heavily influenced by two (or three) musical albums in particular- Bob Dylan's Greatest Hits and New Morning, and Neil Young's After The Goldrush. In the intervening years, Dylan has only come to influence me more and deeply so, and Young, much less. But at the time, these opened up an entirely new personal conception of my creative self, and so that ought to be noted. I had been writing songs since eleven, but my early teens were my first steps into the kind of fiction writing I produce now.
When you're not writing, how do you spend your time?
Practicing guitar and mandolin, gardening, reading, & "doing what I need to do to earn a living," which has absolutely nothing to do with all those good and fine things.
What is your writing schedule?
I tend to do my best writing in the early morning. I tend to write in spurts, some days it might be for an hour or less, others, three hours, depending on the business of the day. I find it best to keep away from other distractions such as internet communications & social media until I've plowed through whatever work I feel suffices. My best days I write for an hour or more, and have a general goal of five to ten pages. Other than early morning I like working on Sunday afternoons, since most garden work or housework or errands get done on Saturdays. Beyond that I have 2 different "day" jobs with weird hours and much of my free time goes into napping just to recover! Nowadays I do it when other considerations are completely out of the picture, I have time, and inspiration...
What's the story behind your latest book?
Currently working on another sci-fi story set on a distant exoplanet.. No interstellar fairies here- they don't even have telescopes there! The society has no creation myths, recognize no creator other than their star and thus, have no shame as to their bodies or actions nor concepts of same as inculated thru Genesis to the people of Earth. There's more to it, but why spoil the fun of writing it by spilling all the beans?
What motivated you to become an indie author?
The stupid idea that publishers exist to help writers make money. Actually, they exist to make money OFF of writers, and god help the writer without a "name" and "track record." Why beg some publisher to put your work onto paper, when you can publish electronically, save whole forests, and get your work out there without kowtowing to the idiotic "merit system" enforced by major publishing houses?
Smashwords Interviews are created by the profiled author or publisher. 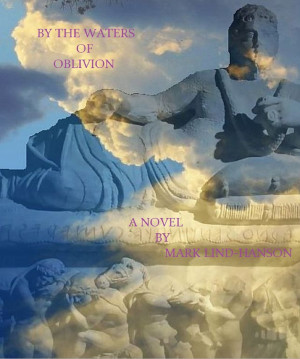 By the Waters of Oblivion by Mark Lind-Hanson
Price: $2.50 USD. Words: 53,520. Language: English. Published: August 6, 2019. Categories: Fiction » Fantasy » Historical
Prince Padmarana has married an undercaste woman, and been exiled by his father to go live in the forest. Unknown to both, their former rival in the North has plans to unify their nations. The King denies this, Padmarana is charmed, and supports it. The palace chaos that follows will lead to a new religious moment for his nation. Unknown to all, the new Queen is also an enchanted musical goddess. 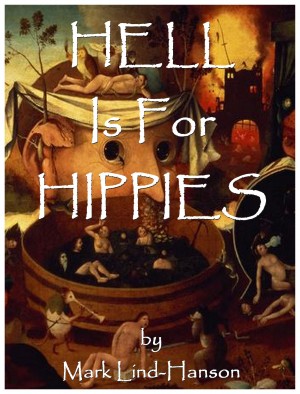 Hell Is For Hippies by Mark Lind-Hanson
Price: $1.99 USD. Words: 106,470. Language: English. Published: March 5, 2016. Categories: Fiction » Urban
Muggles Amphora returns to San Francisco to find the Uptopian dream, set up a communal household, and ply his talents as a streetbusker and cofeehouse poet. If you grew up in the 1960’s, 70’s, or 80’s, you might appreciate this take the diversity between Utopian vision and Reality as the San Francisco measure of all things. 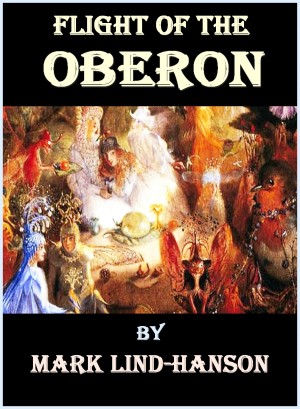 Sean Kaatz was kidnapped by fairies and taken to their planet, Lux. He's been given a mission and ultimatum- help convince humanity to cease their war on nature, or fear the wrath of the vastly superior fairy civilization. 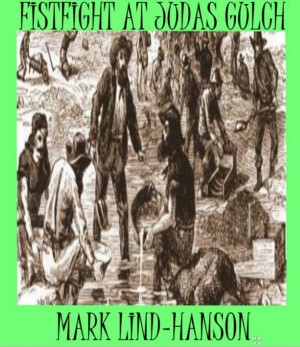 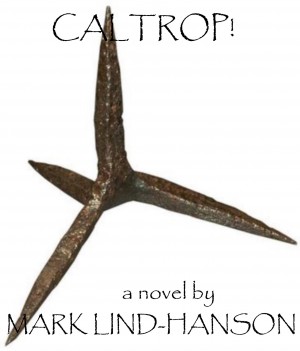 Caltrop! by Mark Lind-Hanson
Price: $1.99 USD. Words: 69,260. Language: English. Published: November 24, 2014. Categories: Fiction » Visionary & metaphysical
Professor Guilliame Caltrop is a man with problems. He’s highly in demand as a guest lecturer yet troubled by the reactions that ripple off his opinionated thoughts. He’s in quite a bit of trouble however and there is no telling how long he’ll be able to keep up appearances... 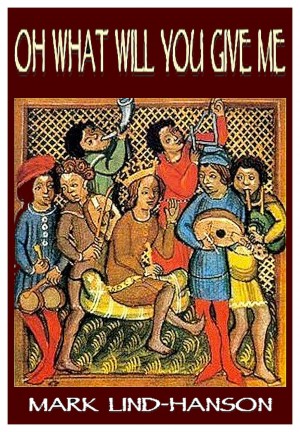 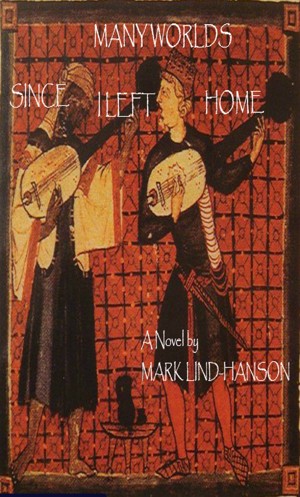 Many Worlds Since I Left Home by Mark Lind-Hanson
Series: Julian Plectrum, medieval fantasy. Price: $2.50 USD. Words: 80,700. Language: English. Published: March 30, 2014. Categories: Fiction » Historical » Medieval, Fiction » Fantasy » Historical
Minstrel Julian and his puppeteer wife Mary travel to Amiens and the market fair there, accompanying their merchant friends Stephen and Roger. Julian makes an unlikely friend in Abu, from Granada in Andalusia, and when he returns to Penzance, opens a tavern of his own. 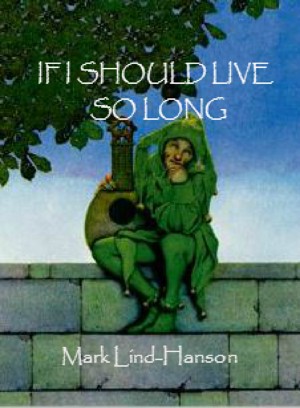 If I Should Live So Long by Mark Lind-Hanson
Series: Julian Plectrum, medieval fantasy. Price: $2.50 USD. Words: 65,420. Language: English. Published: January 18, 2014. Categories: Fiction » Historical » Medieval, Fiction » Fantasy » Historical
Julian Plectrum is a lute playing child of Cheshire. He travels to London and ends up in a medieval copyright dispute. Coming back from a search for new home for his future wife, he ends up in the midst of a great battle, discovering the brother left three years before among the wounded. He marries his sweetheart, they depart for their new home, only to be taken on another adventure... 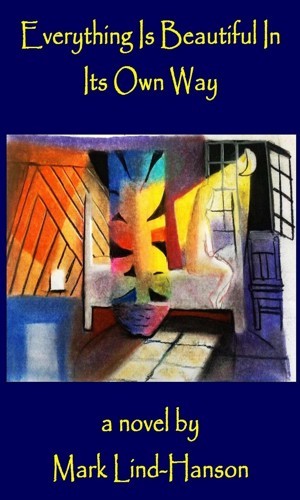 Everything Is Beautiful In Its Own Way by Mark Lind-Hanson
Price: $1.99 USD. Words: 37,690. Language: English. Published: January 7, 2014. Categories: Fiction » Transgressional fiction
Jeana Montague is in treatment. She has found a pair of unlikely friends and confidantes... and who knows what may become of them... If the people at Shadow Acres have their way... But is her "cure" to be worse than her "disease?" 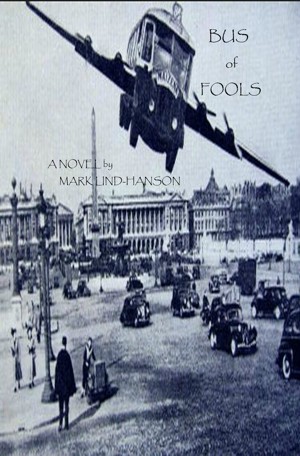 Bus Of Fools by Mark Lind-Hanson
Price: $2.50 USD. Words: 110,370. Language: English. Published: August 18, 2013. Categories: Fiction » Visionary & metaphysical, Fiction » Humor & comedy » General
In Bus Of Fools, Guru Abbryggdd, co-creator of the OtherNet, attempts to regain his family's lost estate and place in the House of Lords. He and pretender to the throne of England, the "terrorist" Bonny Black Prince join forces to recapture their respective places in history and society. Along the way, Guru meets a number of American tourists, in Paris on a week-long bus tour.
View their profile to see all of their books