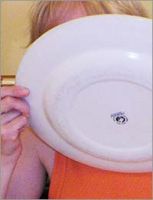 Published 2013-09-20.
What types of books do you write?
Memoir, all in diary format, based on my real-life diaries. As I am lesbian, they are inherently LGBT-themed. I struggled with my sexuality for a long time, so the tortuous and largely clueless ‘coming out’ process features heavily. Stalking, disordered eating, and general dysfunctional behaviour get a good look-in too.
Describe your desk
It's quite duvet-like and not too far from a coffee.
Where did you grow up, and how did this influence your writing?
In a very middle-class, right-wing family who sent me to public school (that's what we call 'private,' fee-paying school in the UK, for some reason). My father was a devout Christian who believed every word of the bible, so he would try praying the lesbian out of me every single day. He still does, I believe. That this hasn't worked in thirty years wouldn't shake his belief at all.

I developed intense lesbian crushes and recorded these obsessively in code in my diary.
When did you first start writing?
The intense lesbian crush recording started in my mid to late teens, usually focused on teachers, and encoded in my school homework diaries.
What is the greatest joy of writing for you?
All my writing involves revisiting my diaries of twenty or so years ago. Reliving my life is thrilling.
What inspires you to get out of bed each day?
My massively looooong to-do list.
When you're not writing, how do you spend your time?
I build websites and I drum.
What is your writing process?
I pin myself down to completing X number of words per week. I find 7,000 pretty challenging. 5,000 is more manageable. And I involve Coke, energy drinks, and coffee.
What are you working on next?
I have completed a lot of work on four new books:
1987: stalking my teacher at school
1990: my year abroad in France
1991: drug-taking and shoplifting
2005: my speed-dating experience

I'm concentrating on the first two currently.
How do you discover the ebooks you read?
Chatting with people on Goodreads, and in the groups on Goodreads.
What are your five favorite books, and why?
1979: A Big Year in a Small Town by Rhona Cameron
I'm crying with laughter. Rhona Cameron had intense lesbian crushes on teachers (as did I), which she describes so accurately, and with merciless wit.

The Catcher in the Rye by JD Salinger
Felt like this book awakened something exciting in me, but I didn't know what it was.

Loving What Is by Byron Katie
Shows you how not to be angry with another human being ever again.
Is there any particular book you discovered that excited you?
The Secret Diaries of Miss Anne Lister, edited by Helena Whitbread (www.amazon.com/Secret-Diaries-Miss-Anne-Lister/dp/1844087190). I was so excited when I came across this book in 1989. Anne Lister was a wealthy landowner two hundred years ago in the UK (where I live). She kept decades of detailed diaries in a secret code, based on the Greek alphabet, to hide her lesbian sexuality.
If you could work with any author, who would it be?
I’m fortunate enough to be working with her: Helena Whitbread, who edited The Secret Diaries of Miss Anne Lister. We are currently compiling a short book of questions and answers, comparing and contrasting my diaries with those of Anne Lister, lesbian diarist of two hundred years previous.
Tell us a little about your first book
'Lesbian Crushes and Bulimia: A Diary on How I Acquired my Eating Disorder' is my edited diary entries from 1989, aged nineteen, when I was struggling with my sexuality. I was still (unrequitedly) in love with my female school teacher and had that love tattooed on my wrist for all to see.

I met a young woman my own age who was similarly in love with her own teacher. A romance ensued, but neither of us could cope with being gay. I decided to sleep with five males in the hope of resolving my sexuality.

My generally dysfunctional behaviour led to an eating disorder. All of the above is graphically recorded in my book.
Do you write under a pen name?
Yes. The content of my diaries is deeply intimate, private, and sometimes illegal. My family and the characters in my diaries would chop me up into little bits if they discovered that I've been publishing their words and actions.
What motivated you to become an indie author?
I realised what a time-consuming, head-banging struggle it would be to get traditionally published.
What book marketing techniques have been most effective for you?
Immersing myself in Goodreads, which is handy because I love it there. I involve myself in groups which touch on themes in my book: LGBT, eating disorder recovery, memoir.
What is your e-reading device of choice?
I use the Kindle software on my netbook and on my Nokia Lumia 710 smartphone.
Where can readers find you?
lesbian-crushes-and-bulimia.com
goodreads.com/book/show/13636615-lesbian-crushes-and-bulimia
twitter.com/lesbianbulimia
facebook.com/natashaholmediaries
plus.google.com/u/0/102856881165895844958
pinterest.com/natashaholme
bookgoodies.com/natasha-holme-author-interview-with-bookgoodies
blog.gaydargirls.com/2013/04/am-i-gay
amazon.com/dp/B007NZRQAC
Smashwords Interviews are created by the profiled author or publisher. 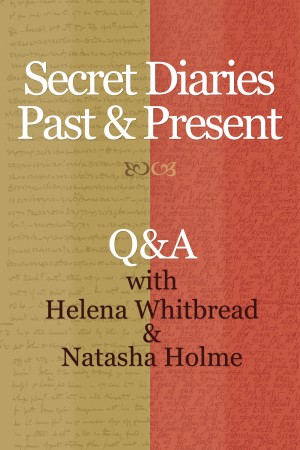 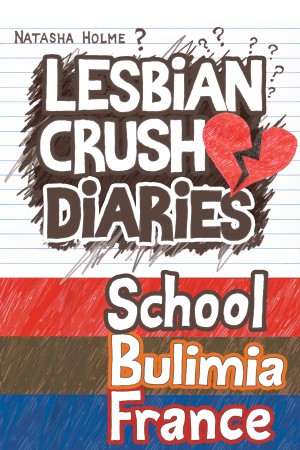 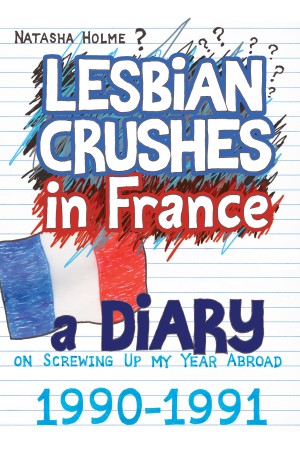 Lesbian Crushes in France: A Diary on Screwing Up my Year Abroad by Natasha Holme
Series: Lesbian Crush Diaries. Price: $2.99 USD. Words: 75,530. Language: English. Published: March 17, 2015. Categories: Nonfiction » Gay & Lesbian » Coming out, Nonfiction » Gay & Lesbian » Coming out
In 1990 twenty-year-old Natasha finds herself in France on her university year abroad. She is ANGRY. Everyone should be a lesbian, or she will punish them for their oversight (particularly her bemused fellow English assistant friend, Ange). 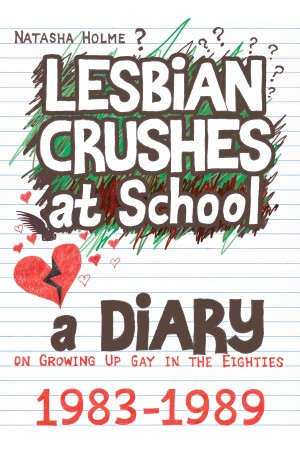 Lesbian Crushes at School: A Diary on Growing Up Gay in the Eighties by Natasha Holme
Series: Lesbian Crush Diaries. Price: Free! Words: 53,000. Language: English. Published: August 10, 2014. Categories: Nonfiction » Gay & Lesbian » Coming out
13-year-old Natasha is in love with her teacher, Miss Williams, in an all-girls school in the eighties. She juggles her Latin homework, Bible study, a crush on Elaine Paige, and her suppressed sexuality, noting everything down in her diary in an attempt to make sense of it all. True story. 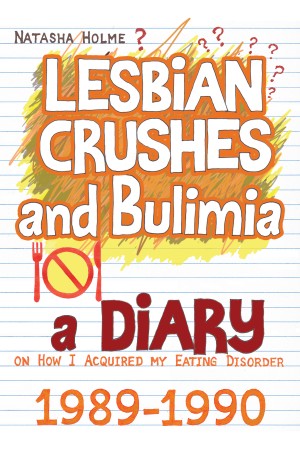 Lesbian Crushes and Bulimia: A Diary on How I Acquired my Eating Disorder by Natasha Holme
Series: Lesbian Crush Diaries. Price: $2.99 USD. Words: 59,080. Language: English. Published: October 2, 2012. Categories: Nonfiction » Gay & Lesbian » Biographies, Nonfiction » Health, wellbeing, & medicine » Eating disorders
19-year-old Natasha is obsessively in love with her teacher, Miss Williams. The tattoo she flashes around says so. Natasha meets Alex, a girl her own age, who questions her about the tattoo. An awkward romance is born. In this real-life diary Natasha records her panic at a lesbian relationship. To lose weight, she starves herself. To make sure she's gay, she drags five boys into bed in one week.