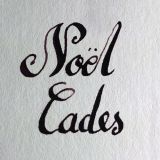 Published 2014-04-07.
Do you remember the first story you ever wrote?
It was actually in the genre I'm writing now: "forbidden relationships". Except it was horribly naive and didn't get much past the hero and heroine being stranded on a desert island with nothing but coconuts to eat. I was about eleven when I started it. Humanity can be thankful it was never finished.
What is your writing process?
I have a plot and characters in mind, then I often use Nanowrimo as motivation to plunge into it. I use Scrivener at my desk, then on the move I use an iPad Air with Textilus (which can read .scriv files) and a Logitech keyboard case.
What era do you like to write in?
I prefer setting my novels before the internet, mobile phone and social media era. And when writing murder mysteries, before the era of DNA (consider how many classic detective novels would no longer work if DNA analysis had been available!) The problem with the Internet Age is that it destroys a lot of the sense of quest: you no longer have to go on a physical voyage to track someone down. The other problem with technology is that it quickly dates. Five years ago a book might have mentioned MySpace, which now seems horribly dated. The "landline telephone era" - after telegrams and before mobile phones - works best for me.
When you're not writing, how do you spend your time?
Like many writers, I love reading, and across a range of genres and periods. It's a joy to discover new writing talent but also wonderful to unearth long-lost writers from the Victorian and Edwardian periods, on Gutenberg and elsewhere. There are many fascinating writers that history has nearly forgotten. Thanks to e-texts and print-on-demand, many of them are once again becoming accessible.
What do you read for pleasure?
Cosy murder mysteries such as Agatha Christie, early 20th century writers such as Mrs George de Horne Vaizey, and mid-20th century writers such as Evelyn Waugh and P G Wodehouse. I also hugely enjoy Jilly Cooper as well as some contemporary adult fantasy.
How do you discover the ebooks you read?
Recently I've found Goodreads a great way to search for books in a particular genre, as people leaving reviews often have virtual "shelves" with the same theme. Google is also pretty good (search with "ebook" as the term) and Amazon has many user-generated "lists" that can be useful for recommendations. Plus there are many independent blogs that focus on specific genres.
What is your e-reading device of choice?
My iPhone.
What's the story behind your latest book?
In "Forbidden Lessons" I wanted to explore what might happen if a schoolgirl crush on a teacher is actually reciprocated. It has been an interesting voyage, as no matter how romantic and idealised you try to write it, the fact remains that such a relationship is problematic: with a large age gap and a power imbalance.
What are you working on next?
I will be working on another romance novel, set in the summer in the UK in the early 1990s. Young people coming to age in the era when all the illegal raves and festivals really took off.
What else do you write?
As well as forbidden romance novels, I write cosy murder mysteries and adventure thrillers under a separate pen-name.
Smashwords Interviews are created by the profiled author or publisher. 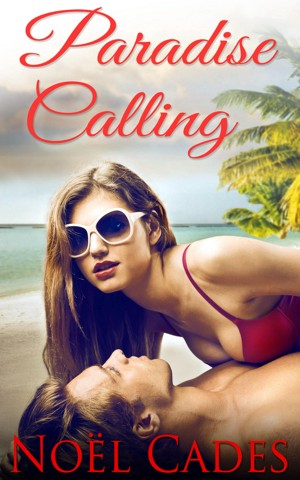 Paradise Calling by Noël Cades
Price: $4.99 USD. Words: 74,290. Language: English. Published: August 31, 2022. Categories: Fiction » Romance » General, Fiction » Romance » Contemporary
When Caroline is shipwrecked during a school holiday, she finds herself stranded on a desert island with school’s hot Geography teacher, Drew Grant. Wondering if they’ll ever be rescued, Drew and Caroline quickly develop feelings for one another. But finally back home and thrust into the media spotlight, how can they navigate their now-forbidden relationship? 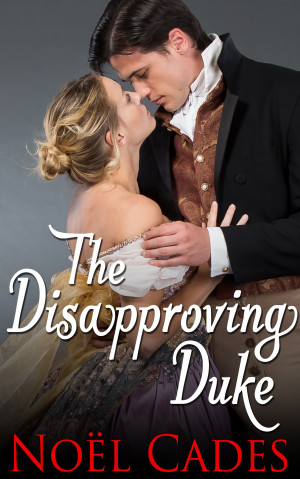 A traditional Regency Romance by British writer Noël Cades. When the Duke of Eastleigh first sees young, beautiful Diana St Clair, he's determined to disapprove of her. Diana is horrified when he mistakes her for a married women and accuses her of wanton behaviour. So why has he invited her to his family estate? And what happens when a jealous woman tries to ruin everything? 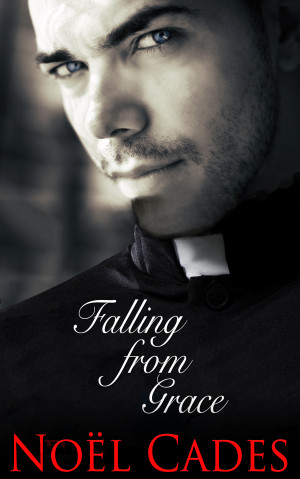 Falling From Grace by Noël Cades
Price: $3.99 USD. Words: 75,040. Language: British English. Published: November 23, 2017. Categories: Fiction » Romance » Contemporary, Fiction » Romance » Historical » General
Gabriel entered the priesthood after a betrayal left him bitter about women and committed to a life of celibacy. But when he ends up teaching at a boarding school in the UK and meets troubled, beautiful American student Leonie, he wonders if he can keep his vows... 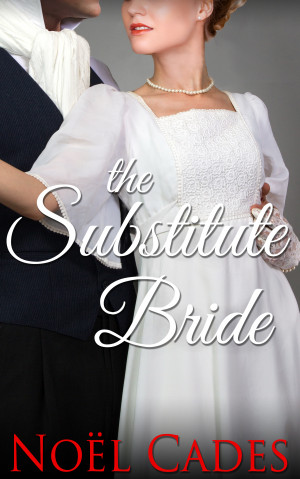 When Lily secretly takes her cousin’s place in an arranged marriage, little does she realise the desire, or the dangers, that await her. What will happen when her new husband, the Marquess of Westford, finds out? 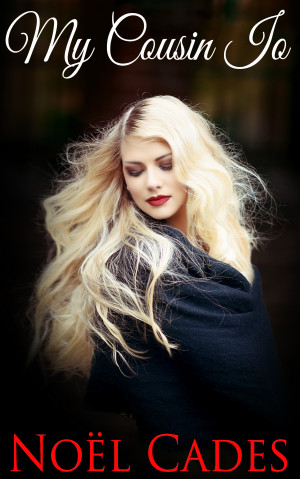 My Cousin Io by Noël Cades
Price: $2.99 USD. Words: 56,490. Language: British English. Published: July 31, 2017. Categories: Fiction » Romance » Historical » General, Fiction » Romance » Contemporary
When Cousin Io comes to stay, she sets about seducing everyone from the vicar to the village vet. Until she finally falls in love herself, and turns everyone’s lives upside down. 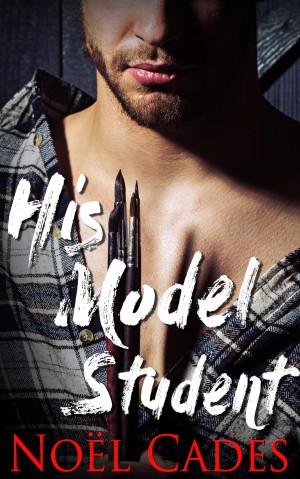 His Model Student by Noël Cades
Price: $3.99 USD. Words: 59,490. Language: British English. Published: July 23, 2016. Categories: Fiction » Romance » Contemporary, Fiction » Romance » New adult
When Sera’s new art teacher mistakes her for a model and demands that she strip naked, sparks start to fly: will Mr Marek be able to keep his student at arm’s length after seeing everything she has to offer? 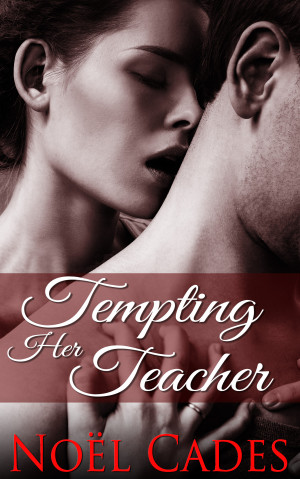 Tempting Her Teacher by Noël Cades
Price: $3.99 USD. Words: 73,900. Language: English. Published: April 23, 2016. Categories: Fiction » Romance » New adult, Fiction » Romance » Historical » General
Catholic school teacher Carl Spencer faces a crisis of faith when he falls for his student Juliet, how can he resist the temptation to be with her? 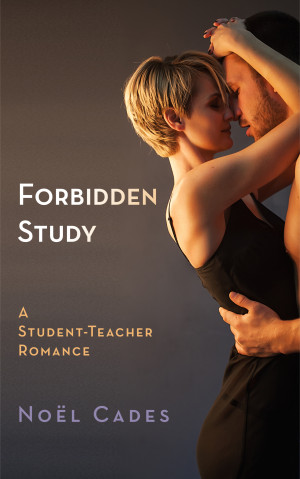 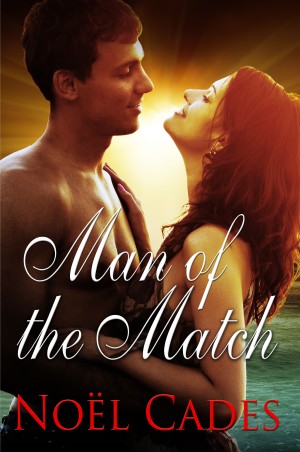 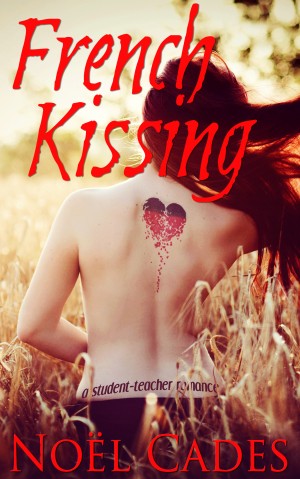 French Kissing: A Student Teacher Romance by Noël Cades
Price: $3.99 USD. Words: 69,120. Language: English. Published: October 31, 2015. Categories: Fiction » Romance » New adult
Eighteen-year-old high school student Marcy falls head over heels for the hottest guy she's ever met... then discovers he's her new French teacher. Can their forbidden love survive? Mr Grayson is determined to resist temptation but will his heart win out over his head? Find out in Misbehaving, a sizzling hot new student-teacher romance.
View their profile to see all of their books