Published 2013-08-21.
How did your writing career begin and what do you love so much about crafting stories?
There was never a conscious decision to write, honestly. Rather, it was something I could not help but do. From the moment I can recall there has been a press in the deepest part of me to weave stories. As I matured, it blossomed into a daily, unquenchable thirst to bring characters to life on the page, to heal the tortured soul, to tell the story of the characters I see so vividly in my mind. Whether the story was inspired by a movie seen or a book read, there was always the impression that another story waited just on the horizon.
Which authors do you most admire and why?
Of contemporary writers, I most admire a little known author by the name of Dana Pratola. Her most recent releases have been 'The Covering' and 'Descended~ Jett'. She writes "edgy" Christian romance that smack with sexual tension and page-turning story. She understands characters and what drive them, understands their passions and hopes. She is an exceptional writer, and I can hardly wait until her next book is released.
Where did you grow up, and how did this influence your writing?
I grew up on a 30-acre homestead outside Aurora, Oregon, population 540. My parents wouldn't let us back in the house (during the summer months) until dark, so the four of us siblings would have imaginary adventures in space. This meant climbing the walnut tree mother ship, or flying around in the abandoned Toyota complete with old waffle irons as computer consoles. Without the encouragement to utilize our imagination, I don't believe my creative juices would have been so encouraged to continue plotting stories.
What motivated you to become an indie author?
Truthfully? The economy. After another traditional house passed on publishing 'Searching for Sara' due to the slow market, I knew that was the motivation I needed to dedicate myself to the Indie market. I had already been independently publishing fan-fiction for ten years, so shifting to original fiction required only a little more dedication to networking and marketing. I love the control it affords me with covers, design, and getting to know other indie authors while learning what works for them. It also allows me to focus on the stories my characters want to tell rather than on what the market fads demand.
What is your favorite book and how did it come to be?
The favorite of my books, Searching for Sara, was intended as a sequel to Broken Angel (not yet released). In this first version I killed the heroine, Rachel Samson, and inserted Sara Little as a new love interest for our grieving hero Robert Trent. The only reason I killed the heroine was to experiment with the intense emotions of grief and sorrow. This appalled my sister, who directed me to rewrite the book. To be honest, the rewrite gave me a sense of relief, and became one of my favorite projects. Being able to create a new grieving hero, Christopher Lake, likely helped with that, I imagine.
What's the story behind your latest book?
My latest book (due to release in Spring 2014) is 'Releasing Yesterday', the sequel to 'Searching for Sara.' At first, I planned to deal with Sara Little's relationship (or lack thereof) with Christopher Lake's In-Laws. The conflict would force Sara to learn how to balance compassion and civility with assertiveness. But I soon realized the real conflict would be Sara's discovery that her father is indeed alive and now wants a place in her life. It has given me the opportunity to deal with the intense emotions of betrayal and mistrust before learning to love.
How has Smashwords contributed to your success?
I LOVE Smashwords! Let's just start that right off the bat. They have been a guiding light, as it were, into the do's and don'ts we Indie Authors need. From pricing to marketing they are there with information and support. I especially love how they continue to expand and improve on offering us Indies the tools we need at an affordable price (FREE!).
What is the greatest joy of writing for you?
In writing I discover so many different things about myself and my own struggles. My characters become my heroes, my inspiration to become more than I am. An encouragement to continue walking forward in determination, comforted by faith. They teach me a deeper truth about love, compassion, and forgiveness. I love them, my characters, and their stories of romance and angst.
What do your fans mean to you?
They are everything to me! Which is probably why a low-star review hits me so hard. I want them to love my characters as much as I do. But, on the other hand, those low-stars (and the high-stars) motivate me to keep seeking out the perfect story. To try one more time. I love my fans, and I get teary just thinking about how awesome they are!
Romance is typically targeted to a mostly female audience. What are some of elements of your romances you think will resonate with men?
To be perfectly honest, I don’t know for certain. Each man is so wonderfully different. I always strive to make my male characters react as close to the real thing because I believe it makes the reading experience, as a whole, more enjoyable. Throughout my books I do my best to honor the blessings men are to those around them, as well as the struggles they face as head of the household.

Let me use Christopher Lake from 'Searching for Sara’ as a possible example. Christopher has struggled to overcome the grief of losing his wife and newborn child. Though his faith flounders due to her death, his devotion to his five-year-old daughter continues to drag him out of bed each morning. When he meets Sara, he is faced with the challenge of letting the grief go and facing a bleak future. More than that, he comes to see that his role is less when he does not have faith to guide him.
Who are your favorite authors?
My favorite authors always change depending on my mood, but I have some constants (don't we all) such as Andre Norton, Dana Pratola (looking forward to Descended~Sebastian!), Jane Austen, and Davis Bunn. I recently returned from a Romance Novel Convention and discovered more Indie Authors that I am hopeful will be added to this list!
Smashwords Interviews are created by the profiled author or publisher. 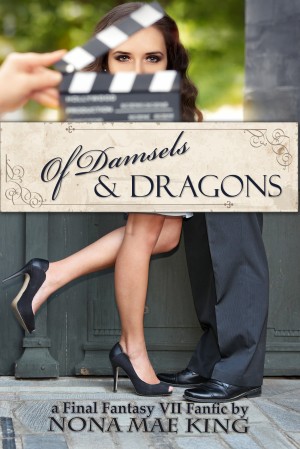 Of Damsels & Dragons by Nona Mae King
Price: Free! Words: 45,110. Language: English. Published: September 28, 2016. Categories: Fiction » Young adult or teen » Romance » General
English thespian Sir Garrett Harrison harbors no qualms with utilizing the power his name holds, especially in regard to the wooing of his leading ladies. Yet his ambition on total domination both on and off the screen is squelched when he chooses an unknown for the role of heroine. Her resistance sweetens the chase, but when she finally surrenders to his charm, will he admit his own defeat? 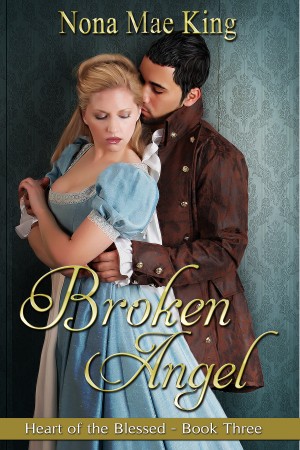 Rachel Samson studied abroad at a business school for women since the age of fourteen. When she arrives home, she discovers that the control she seeks is but a myth. But one man continuously offers her the power she craves, even at the risk to his own financial freedom. Asking for nothing in return, will she surrender to the desire to trust him? 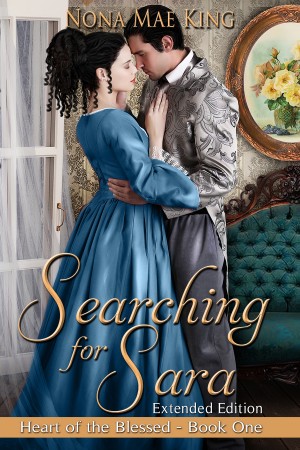 Searching for Sara (Extended Edition) by Nona Mae King
Series: Heart of the Blessed. Price: $2.49 USD. Words: 95,370. Language: English. Published: December 24, 2014. Categories: Fiction » Christian » Romance, Fiction » Romance » Historical » General
Sara Little has ached to live in America. But being born of a single mother in London’s working class, she could only dream, until she receives an invitation. 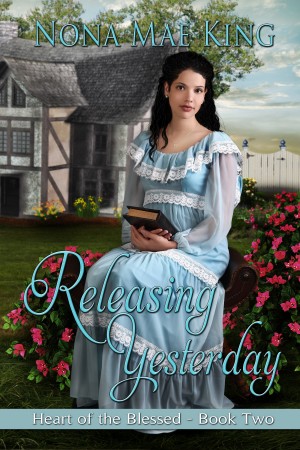 Releasing Yesterday by Nona Mae King
Series: Heart of the Blessed, Book 2. Price: $1.99 USD. Words: 73,710. Language: English. Published: December 31, 2014. Categories: Fiction » Romance » Historical » General, Fiction » Christian » Romance
Sara and Christopher have finally found their happily ever after. One stage of her journey is finished, but what about her relationship with her father? The loss is such a hole in an otherwise blessed life. A hole she doesn’t realize will keep her from the full blessing God has waiting for her. 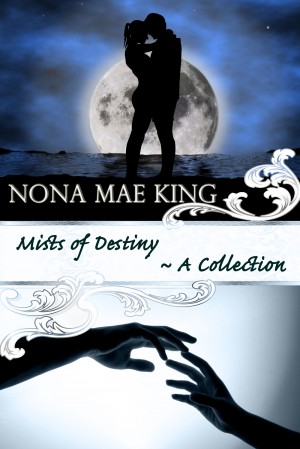 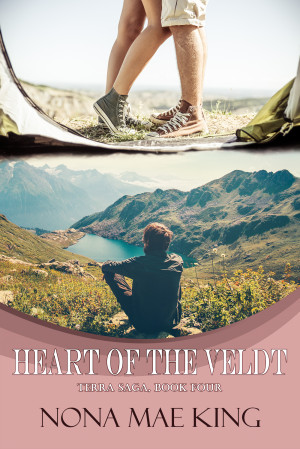 Heart of the Veldt by Nona Mae King
Series: the Terra saga, Book 4. Price: Free! Words: 48,610. Language: English. Published: April 12, 2013. Categories: Fiction » Young adult or teen » Romance » General, Fiction » Young adult or teen » Fantasy
Alice runs from a life at Border rather than facing it to make it better. Instead, it's all about school and grades so she can finally escape to the Academy and learn how to cure the Veldt: her one dream. Then she meets Gau and discovers not only what she really wants, but what she is truly afraid of. *(this is a work of fan-fiction; events take place after those of Final Fantasy VI) 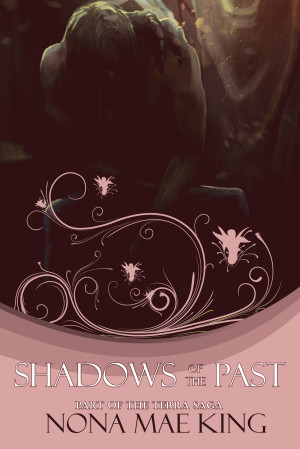 Shadows of the Past by Nona Mae King
Series: the Terra saga, Book 3. Price: Free! Words: 22,910. Language: English. Published: April 10, 2013. Categories: Fiction » Young adult or teen » Fantasy, Fiction » Fantasy » Short stories
Shadow. A ninja for hire. Soulless. For years those who traveled with him have sought to unravel the mystery of his past. Now history becomes a torture he can no longer shoulder alone. But when he attempts to cast it aside, will his future welcome his return? *(this is a work of fan-fiction; events take place after those of Final Fantasy VI) 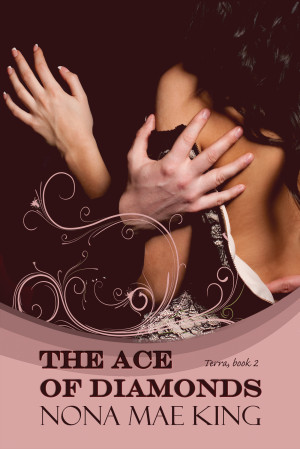 Setzer is bored with life after Kefka's demise. Until he meets a lady who embroils his life with mystery, passion, and a myriad of things that Lady Luck apparently doesn’t want him to have. *(PG-13; this is a work of fan-fiction; events take place after those of Final Fantasy VI) 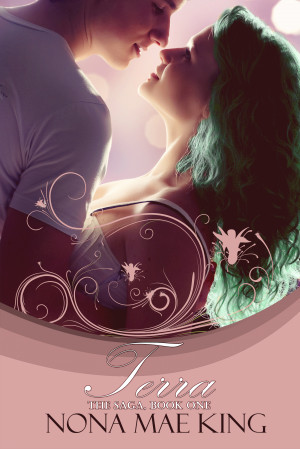 A forgotten evil threatens Terra, her adoptive children, her friends, and her very existence. Will Edgar, Locke, and company stop the madman before Terra falls into the depths of madness? *(this is a work of fan-fiction; events take place after those of Final Fantasy VI) 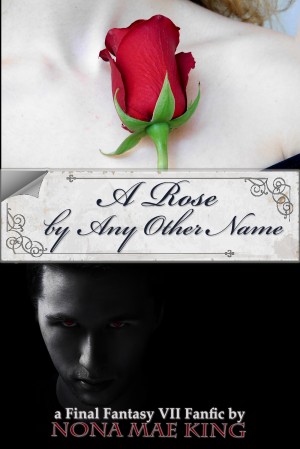 Professor Natalie Long has fantasized the day she would find Vincent Valentine's resting place. A scientist, she believes she has found the means to cure him of the darker side to his nature. But what if the cure could lead to his death? *(this is a work of fan-fiction; events take place after those of Final Fantasy VII)
View their profile to see all of their books