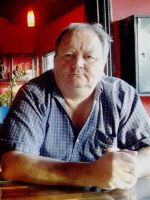 Published 2015-10-15.
What is your writing process?
I like to write in school exercise books first while sitting in a public place like a pub or cafe (preferably outside), then I type the chapters up,
When the first draft of the whole book is complete, I reread it twice on my laptop, again outside
I find creative writing indoors very difficult.
How do you approach cover design?
I like to create my own cover designs and have programme to assist me, but I do use designers when I am incapable of doing it myself.
What do you read for pleasure?
I don't get a lot of time to read anymore, but I used to read anything from technical manuals to novels to comics like Asterix.
What is your e-reading device of choice?
I only have a laptop for reading booksin the electronic format, but would like a smaller device.
What book marketing techniques have been most effective for you?
I use all forms of marketing and am not sure which is the most effective, but I think: web sites, Twitter and articles are probably the best forms of advertising.
Describe your desk
My desk is cluttered with a laptop and desktop computers, notebooks, exercise books and reference books, plus lots of pens and pencils and a coaster.
Where did you grow up, and how did this influence your writing?
I grew up in Barry, South Wales. My mother read a lot of novels and my father read books on different religions.
They were both Spiritualists and that influenced me a lot.
When did you first start writing?
I started my first novel in 2004, but it took me way too long to finish it - about seven years, and it wasn't published until 2012.
What's the story behind your latest book?
The story behind my lastest complete novel, 'Tiger Lily of Bangkok' is that I wrote it for NaNoWriMo, my first time of entry, and wanted to write in a new genre for me, although most of my readers know my books because of their association with Thailand.
'Lily' suits all of us, I hope.
What motivated you to become an indie author?
I became an Indie author because I had my first novel - 'Behind The Smile - and tried to get it published using the etiquette I had learned on line.
It cost me a year and most of the publishers did not even bother to write back to me.
What are you working on next?
I am working on the sixth volume of the 'Behind The Smile Series'. It is 95% finished, but I want to be ready for NaNoWriMo 2015
What inspires you to get out of bed each day?
Looking afte my family is my chief and over-riding concern. We live in Thailand where social help is minimal.
When you're not writing, how do you spend your time?
When I am not writing, I am editing or promoting! There is little time for anything else.
Smashwords Interviews are created by the profiled author or publisher. 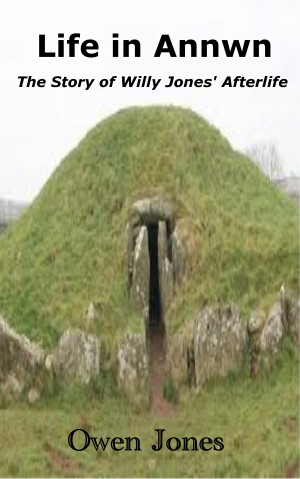 Life In Annwn by Owen Jones
Price: $4.95 USD. Words: 55,470. Language: English. Published: December 14, 2018. Categories: Nonfiction » Religion & Spirituality » Body, mind, & spirit » Sacred sexuality, Nonfiction » Religion & Spirituality » Spiritual awakening
'Life in Annwn' is the sequel to 'A Night in Annwn' - Annwn being the ancient Welsh word for Heaven. In this volume Willy has passed over and is trying to pick up his life from before he was born on Earth the last time around. His long-time friend, and wife on Earth, who passed on before him, Sarah, tries to help him adjust swiftly and painlessly. 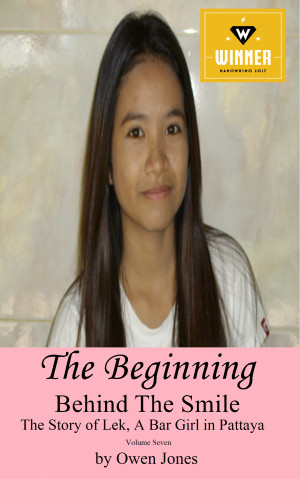 The Beginning - Behind The Smile - The Story of Lek, a Bar Girl in Pattaya : Book 7 by Owen Jones
Series: Behind The Smile · Thailand Books. Price: $4.99 USD. Words: 66,300. Language: English. Published: December 26, 2017. Categories: Fiction » Biographical, Fiction » Women's fiction » General
At twenty-one years of age, Lek, an ordinary, contemporary, farm girl from the northern Thai Rice belt, had to go to Pattaya to work in the leisure industry to help her widowed mother pay off the mortgage to save the farm from foreclosure and keep her siblings in school. This book, The Beginning, shows what her life was like before she had to leave her small, hard-working, but happy village. 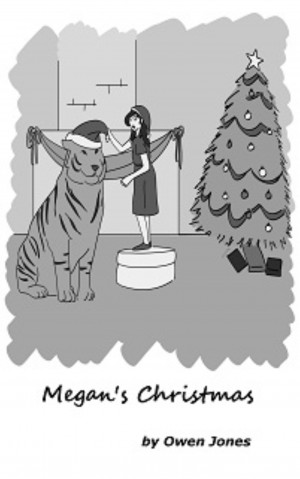 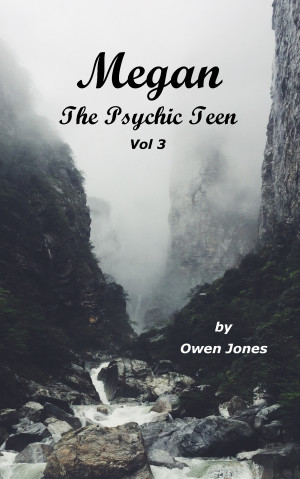 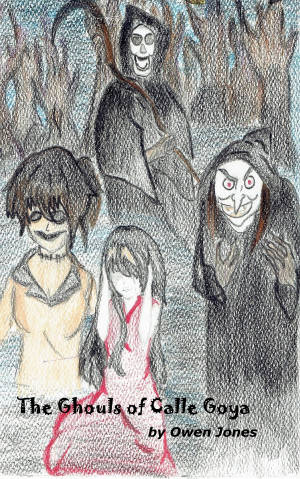 The Ghouls of Calle Goya by Owen Jones
Series: Thailand Books · Spain · Spooky · Thriller. Price: $4.99 USD. Words: 82,530. Language: English. Published: January 25, 2017. Categories: Fiction » Fantasy » Contemporary, Fiction » Women's fiction » General
Newly-weds, Frank and Joy, are in nirvana on their dream honeymoon in Fuengirola on the Costa del Sol, in Spain, when Joy is convinced that their flat is haunted and weird things start happening. She nearly loses her mind and her marriage, but can Frank hold things together? 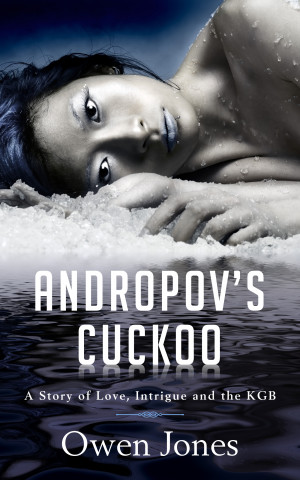 Andropov's Cuckoo by Owen Jones
Price: $4.99 USD. Words: 79,250. Language: English. Published: July 9, 2016. Categories: Fiction » Thriller & suspense » Spies & espionage, Fiction » Women's fiction » General
A dying man recounts the story of the most amazing person he has ever met , a brilliant Soviet linguist, whom he knew as Youriko. It is a tale of love, daring-do, spies and danger set in Japan, Germany, Turkey, the USA, Canada and the UK, but mostly in the Soviet Union of the Seventies. Love, passion and espionage. 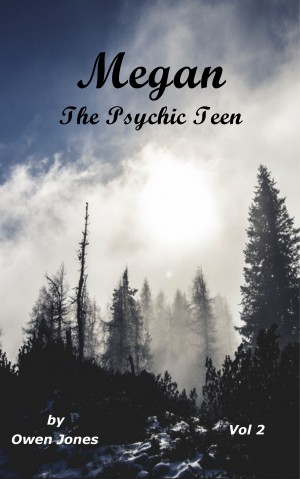 Megan the Psychic Teen II by Owen Jones
Series: Paranormal · Wales, Welsh and Celtic. Price: $4.99 USD. Words: 59,170. Language: English. Published: January 21, 2016. Categories: Fiction » Young adult or teen » Fantasy, Fiction » Inspirational
Megan is a psychic teen from a small Celtic town with a Spirit Guide and a ghost tiger. However, she has two problems. First, her parents don't really believe in her abilities, and second, she wants to find a teacher to explain her talents to her 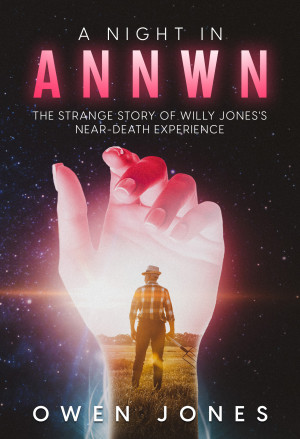 A Night In Annwn by Owen Jones
Series: Paranormal · Wales, Welsh and Celtic. Price: $4.99 USD. Words: 55,440. Language: English. Published: November 21, 2015. Categories: Fiction » Romance » Paranormal » General, Fiction » Romance » Contemporary
William Jones, a sheep farmer from the Brecon Beacons, had led a happy life, until his wife, Sarah, died young. It left him devastated and seemingly bent on self-destruction. His daughter, Becky tried to help, but even she was losing patience with her father. One evening, he is is certain that he has died and been put out of his misery, but it was not so. This is a paranormal romance with a twist 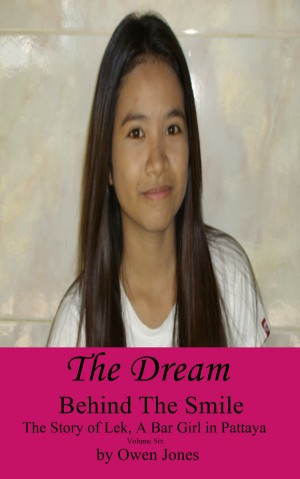 The Dream - Behind The Smile - The Story of Lek, a Bar Girl in Pattaya by Owen Jones
Series: Behind The Smile · Thailand Books. Price: $6.99 USD. Words: 114,310. Language: English. Published: December 1, 2015. Categories: Fiction » Women's fiction » General, Fiction » Biographical
The Dream takes up the story of Lek, her family and friends from two years further down the line. In the past, it has always been Lek who issued the ultimata, but the story opens with her having received one and it throws her. She is offered the fulfilment of her oldest dream, but can she take it? The fulfilment of any dream requires sacrifices, but is Lek prepared to make them? 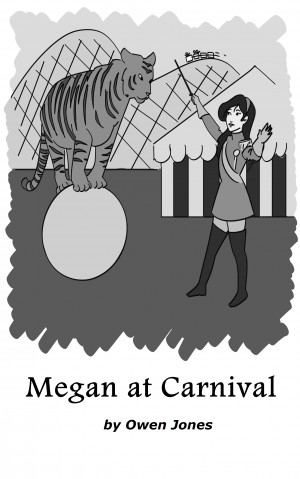 Megan at Carnival by Owen Jones
Series: Megan - The Psychic Teenager · Paranormal · Wales, Welsh and Celtic. Price: $2.99 USD. Words: 118,500. Language: English. Published: September 12, 2015. Categories: Fiction » Young adult or teen » Paranormal, Fiction » Young adult or teen » Social Issues
A Spirit Guide, A Ghost Tiger and One Scary Mother! It's time for Feyton's annual carnival and Megan is invited to take an active part for the first time, but she has other problems to sort out first, before she can enjoy her role. Read how she uses her ability to read Auras to help her friends, avoid an embarrassing situation with an amorous school friend, and keep the secret of the Carnival
View their profile to see all of their books