Published 2016-06-30.
You often describe yourself as a storyteller, rather than an author - what do you mean by that?
I have always been interested in history and genealogy, both of those being about the discovery and retelling of stories. History is the story of the world in which we live and genealogy is our own personal family story. To me, the word "author" sounds a bit distant and impersonal. Whether in my books, magazine articles or speaking events, my goal is to connect with readers and audiences. Personal connection adds context and dimension to writing and enhances the experience of the person telling a story and the person reading it.
What's the story behind your latest book?
All of my books, whether non-fiction or fiction are, at their center, about the interaction of people and life. My newest book titled Birthless: A Tale of Family Lost & Found is the story of three older women, each of them having carried the burden of their own personal secret for decades. Their lives cross for the first time in the aftermath of tragedy and that proves the catalyst for each of them to speak the words they promised themselves they never would. That forces open the door to the past and begs the question: Is it ever "too late" to confront long-kept secrets and life-altering decisions? From New York to Scotland and Ireland they each face a reckoning with the long-concealed secrets of their youthful pasts. Memories of first love, young motherhood and painful decisions are resurrected as each of them searches for reconciliation and peace after decades of self-imposed silence. What awaits them are unexpected discoveries that will redefine their understanding of love, loss, motherhood, friendship and the meaning of family.
What motivated you to become an indie author?
I came to self-publishing via genealogy. For 30 years I searched for my beloved grandmother's Irish ancestral roots. By the time I finally succeeded in that quest, I had lost my grandmother to Alzheimer's. Without the chance to hold her hand and tell her the story of her Irish family roots, I decided to write a memoir about my long journey home to Ireland and the discoveries I made about my Irish family history. From there I began doing historical research, looking for stories of long-forgotten people I wanted to retell. That eventually took me to historical fiction and ultimately to my new book that looks back in time to the 1950s and 60s. I love history and have found that there is a bottomless well of true stories to retell (non-fiction) and stories that inspire me to create my own works of fiction.
What is the greatest joy of writing for you?
Storytelling and promoting interest in history and genealogy is my passion. I get joy from reader feedback and from meeting and talking to readers and audiences when I do speaking events. It's a real source of energy and encouragement.
What do your fans mean to you?
Energy, encouragement, inspiration, constructive feedback, and more.
What are you working on next?
I am considering a sequel to my book Scarlet Letter Lives which was recently honored as a finalist in the National Indie Excellence Book Awards. A few readers have asked about a sequel so I'm not the only one who believes there is a continuing story there!
Who are your favorite authors?
Being a history and classic literature addict: Diana Gabaldon, Tracy Chevalier, Jane Austen, the Bronte Sisters, Thomas Hardy, George Eliot and Anthony Trollope
What inspires you to get out of bed each day?
The opportunity to be able to live another day, experience life, try something or learn something new, interact with friends and family, do something for someone else. Every day is a gift. The older we get, the more we understand that.
When you're not writing, how do you spend your time?
I do genealogy research for a limited number of clients, I paint a bit (acrylics), sometimes restore old furniture, watch some television, and often lose myself in on-line newspaper archives looking for inspiration and, when I can, I love to travel.
Smashwords Interviews are created by the profiled author or publisher. 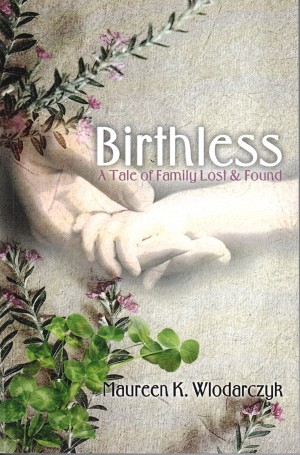 Birthless: A Tale of Family Lost & Found by Maureen K. Wlodarczyk
Price: $2.99 USD. Words: 59,050. Language: English. Published: May 14, 2016. Categories: Fiction » Women's fiction » Chick lit, Fiction » Women's fiction » General
Is it ever “too late” to confront long-kept secrets and life-altering decisions? From New York to Scotland to Ireland, three women go in search of their pasts, seeking closure and peace by facing their fears and regrets. After decades of self-imposed silence, they open the door to a new understanding of love, loss, motherhood and the meaning of family . . . and friendship. 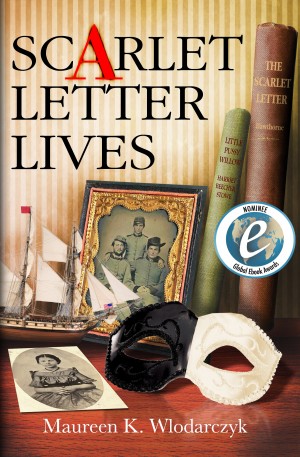 Scarlet Letter Lives by Maureen K. Wlodarczyk
Price: $2.99 USD. Words: 55,960. Language: English. Published: November 11, 2015. Categories: Fiction » Historical » USA, Fiction » Women's fiction » General
A poignant work of historical fiction inspired by the true stories of the owners of three 1850s copies of Hawthorne's The Scarlet Letter. Their 19th century lives in the American South and generational family stories converge as their copies of The Scarlet Letter and their lives intersect in one woman who will tell their tales and then reveal the secret that defined her own life. 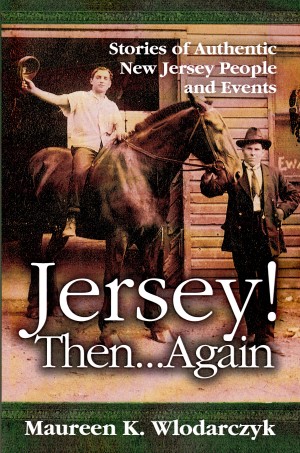 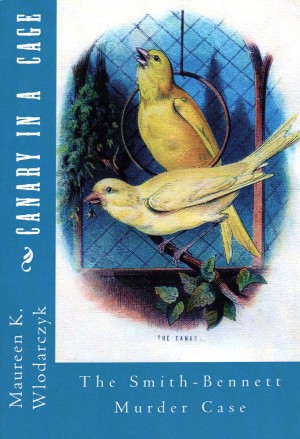 Canary in a Cage: The Smith-Bennett Murder Case by Maureen K. Wlodarczyk
Price: $2.99 USD. Words: 43,030. Language: English. Published: November 4, 2015. Categories: Fiction » Thriller & suspense » Crime thriller, Fiction » Mystery & detective » Historical
On New Year’s Day 1901, reporter Jorden Lang is summoned to the newspaper’s office to find the police waiting. Her business card was found in the pocket of an unidentified woman struck and killed by a train. As the police investigation goes on, Jorden recounts meeting the dead woman two decades earlier when she was a young wife accused of brutally murdering her police officer husband. 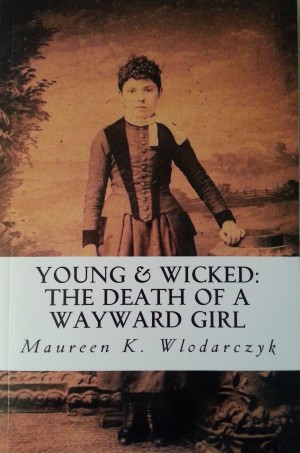 Young & Wicked: The Death of a Wayward Girl by Maureen K. Wlodarczyk
Price: $2.99 USD. Words: 36,840. Language: English. Published: October 13, 2012. Categories: Nonfiction » True Crime » Murder » General, Nonfiction » Biography » Criminals & outlaws
Young & Wicked is the true story of star-crossed Irish-American lovers Willie Flannelly and Polly Sexton who started down the wrong path early as petty criminals. In 1893, they fled Jersey City to escape arrest, intending to disappear into the shadows of Manhattan's Bowery district. Just months later their fast life together in NY met a violent end, one a victim and the other an accused murderer. 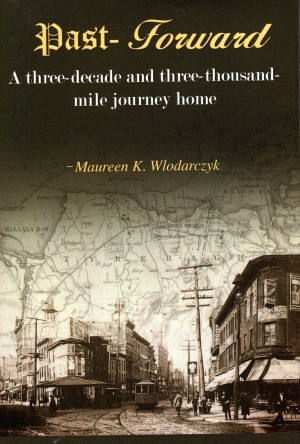 Past-Forward: A Three-Decade and Three-Thousand-Mile Journey Home by Maureen K. Wlodarczyk
Price: $2.99 USD. Words: 46,020. Language: English. Published: November 15, 2011. Categories: Nonfiction » History » Genealogy
"Past-Forward" is the non-fiction account of the thirty-year search for the author's Irish ancestral roots. The book, written in the form of a letter to the author's grandmother Kate, tells both the story of the thirty-year search itself along with the discovered tale of Kate’s Irish ancestors,and their flight to America during the Great Famine and life as new Americans in the 19th century.