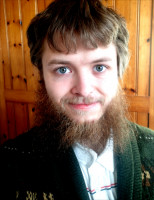 Published 2020-02-27.
What inspires you to get out of bed each day?
I get good sleep and wake up on my own without needing an alarm. I get up because there's nothing more to do in bed!
When you're not writing, how do you spend your time?
A lot of my time is spent thinking about things, which is why I need to write and draw more, so that all the things I imagine aren't simply lost in time.

I also do random interesting research on world mythology, plants, animals, cultures, speculative fiction. I'll play a computer game from the short list of those that interest me for some reason, or try to make my own. I've made quite a few actually: https://patrick-lauser.itch.io
How do you discover the ebooks you read?
I pick up a huge amount for subscribing to email lists, which I generally direct into a big folder of subscriptions, and from the promotions of other authors. The ebooks that are more likely to interest me are old, public domain classics you can find in various places online.
Do you remember the first story you ever wrote?
It depends on what you would count as a story, and what you would count as writing. I've had bits of story, scenes as if from full length novels, but rarely a complete story until I started writing more seriously.

Perhaps the earliest complete story like object I made was a dream I wrote down, which had more of a complete plot than my dreams often had. Later than that I am not sure which of my early short stories was the first.
What is your writing process?
When I wrote the book I published, as far as I remember I thought of a title first, then tried to grasp the overall impression of a story that would have that title, and drew the main motivations and destinies of the central character from that, then thought out the various settings and characters from the general feel I had of the book. If you've read my book, you may be interested to know that the first idea I had for escaping the four cornered shadow was a virgin toad.

I am planning on writing some books starting with titles, then narrowing the list by a voting process. Then I would develop the covers and themes of the books (the ideas you would get of a book from hearing about it from a friend, or people discussing it, minus spoilers), and set up Kickstarter campaigns for them. I've always wanted to write a book as if I was finding out about it.
What is your e-reading device of choice?
Desktop computer.
When did you first start writing?
I don't know! I have made stories and worlds as long as I can remember, and was writing various things down when I first learned to write. Perhaps my first major project was my first time doing Nanowrimo, or a longer, easier challenge before that. The Nanowrimo story was about a suit of armor that sent people who wore it forwards or backwards through time.
What's the story behind your latest book?
My brother asked me to give him a published book for his birthday. It didn't get done in time, so I gave it to him on April Fools' Day.
What do your fans mean to you?
Oh man, really grateful. :) Really interesting people. What other stories do you like? What do you think of Charles Williams?
Smashwords Interviews are created by the profiled author or publisher. 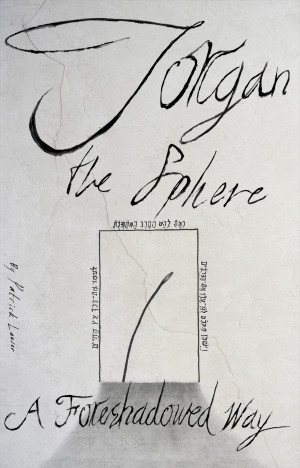 Jorgan the Sphere: A Foreshadowed Way by Patrick Lauser
Price: $4.95 USD. Words: 16,450. Language: English. Published: November 3, 2019. Categories: Fiction » Fantasy » Dark, Fiction » Fantasy » Epic
A dark fairy-tale, a gray-scale fantasy, a simple, surreal vision. Jorgan the sphere in his hunger follows a shadow into shadows, and seeks an end to his longing in lands full of cruel and indifferent creatures. He meets those who work goodness where it is darkest, those that are strong, those that are weak, and those that are quite odd.