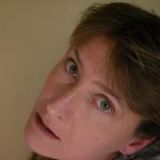 Published 2014-03-29.
What do you read for pleasure?
Space opera and hard science fiction, also a bit of fantasy. I love writers like Kim Stanley Robinson, C.J. Cherryh, Sean Williams, Stephen Baxter, Robin Hobb and Glenda Larke. I know that's a varied bunch. This is how I tick. I also read a lot of non-fiction.
What is your e-reading device of choice?
My little Kobo Touch. In all honesty, I'm not too fussed about technological preferences as long as companies don't make it hard for me to read what I want whenever I want.
Describe your desk
Uhm. It's a mess. That's a prerequisite for a writer. At any one time there will be note books, various computer/camera linkage cords, camera lenses or other photography-related debris, school notices and astronomy books on my desk. It faces the window that looks out over the driveway. I can see the wild turkeys in our front yard.
What's the story behind your latest book?
At the point of writing this, my latest book is Innocence Lost. A while ago I wrote an alternate history story as part of a challenge. I needed some historical event to write about, and chose the first known landing of Europeans on the Australian coast (there are rumours of earlier ones, but that is subject for another question), but Willem Janszoon and the vessel Duyfken in 1606. To make the story halfway historically accurate, I needed to read on the background of the ship, their reasons for coming and other stuff that related to the time period. I discovered that: 1. Hey, the history of the VOC operating out of Amsterdam was a totally interesting period that deserved more attention! 2. I hate writing historical fiction because I dislike mucking with someone's history while pretending to know everything about it, 3. I could TOTALLY twist this history around and turn it into a history-inspired fantasy. So that was how For Queen And Country came about.
What motivated you to become an indie author?
The GFC! Don't laugh, I'm serious. In late 2008, I had written book 1 of the Icefire Trilogy. I sent it to 5 agents and got three requests for manuscripts. I sent it to a few more agents and got more requests. Then the GFC hit and publishing went into shutdown mode. Many months later, I had still heard nothing from those submissions. In fact, at the end of 2009, a well-known agent posted that in the previous year she had not signed a single new client.

I wanted to write the rest of the trilogy but in tradepub, there's not much point until you've sold book 1. I was getting frustrated. I had also sold a novella to a small press, but they were dicking and dicking me around. Then I sold another novel to a small press, but their contract was so restrictive that I ended up returning it unsigned. Meanwhile, I also couldn't write the sequels to that book while it remained unsold.

It was time to do something. I figured that by the time the publishing world had pulled itself out of its collective GFC-induced funk, I'd have written some new books, so I self-published the lot. The rest is history. I'm not particularly interested in a tradepub deal anymore.
What are you working on next?
Far too many things. In the near future, I need to write:
1. Book 2 (and 3 and 4) of For Queen And Country
2. Book 4 of the Return of the Aghyrians series
3. Book 3 of the Ambassador series
4. A sequel to Shifting Reality
5. The first book to a new Icefire Trilogy
6. A bunch of other things.
When you're not writing, how do you spend your time?
Explain to me what is "not writing"? Even going shopping is writing to me because I'll experience things I can use in my fiction.

OK, I do other things. I like art, I play the flute in a band and I like gardening.
How do you discover the ebooks you read?
Sorry, advertising and promo have absolutely no effect on me. I usually scout out authors, either because I've heard of them or because I know that they write what I like to read. I buy whatever whenever suits me.
Do you remember the first story you ever wrote?
No, I don't. I'm betting it was really, really terrible.
What is your writing process?
I'm a pantser, but need to know how a story ends, or, for a series, at which part in the overall arc I'm going to stop this particular book.
Then I'll have a wet-spaghetti draft where I'll just fling it at the wall and see what sticks. This draft is usually about a quarter to a third of the intended word count.

Then I go back and work through it to make it a coherent story. By the time I've gone backwards and forward through the story a few times, it's pretty polished, typo-free and ready to go to the editor.

That's pretty much it.
How do you approach cover design?
You remember the art bit in the question about what I do other than writing? Well, I do most of my covers myself. I just love that stuff. I think the most important parts of cover design are to convey genre and to be eye-catching. Truthfulness to story is low on the list.
Smashwords Interviews are created by the profiled author or publisher. 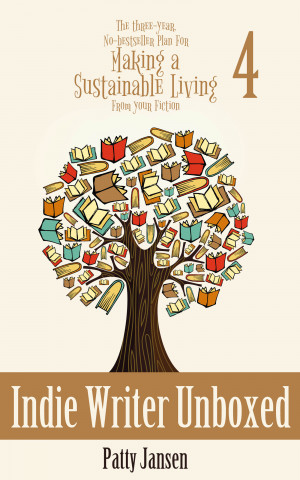 Indie Writer Unboxed by Patty Jansen
Price: $4.99 USD. Words: 30,650. Language: English. Published: June 23, 2019. Categories: Nonfiction » Reference » Writing skills, Nonfiction » Publishing » Self-publishing
You've published, your books are not selling. What now? How to handle a writing career. Long-term goals, how to stay on the path and how to be happy. 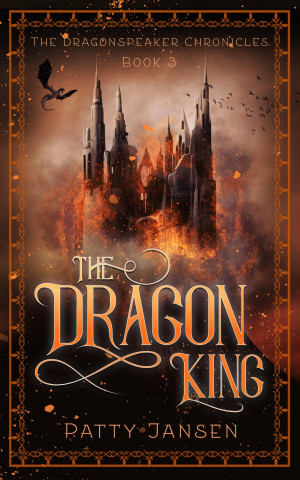 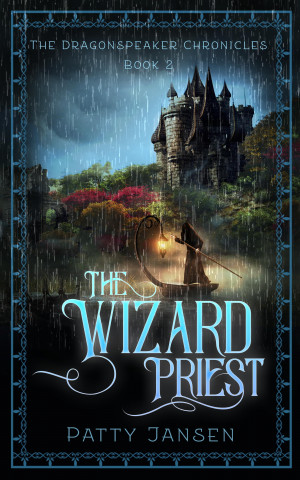 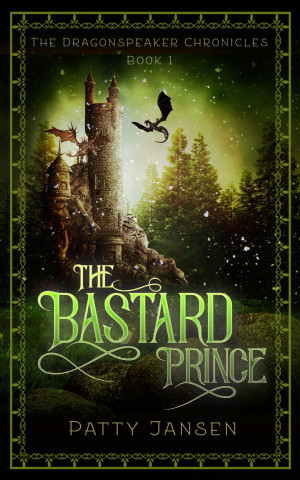 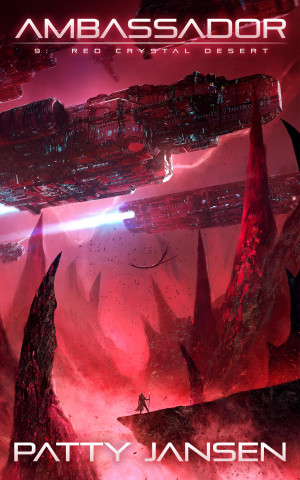 Ambassador 9: Red Crystal Desert by Patty Jansen
Series: Ambassador. Price: $5.99 USD. Words: 89,530. Language: Commonwealth English. Published: May 21, 2019. Categories: Fiction » Science fiction » Space opera, Fiction » Science fiction » Adventure
The 10th instalment of the Ambassador series. Cory and his team return to Asto on the invitation of his father-in-law, but the stakes for the visit are much higher than anyone realises. 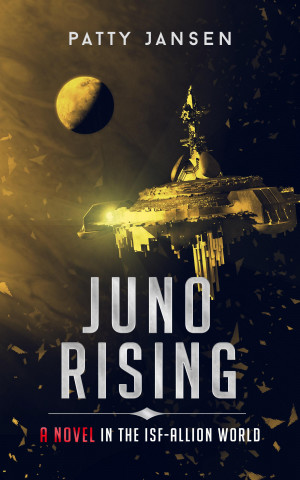 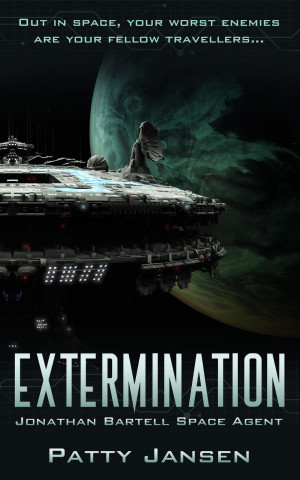 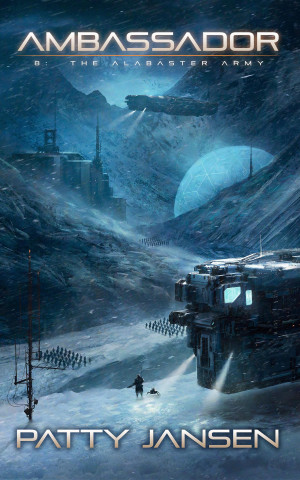 Ambassador 8: The Alabaster Army by Patty Jansen
Series: Ambassador. Price: $5.99 USD. Words: 99,930. Language: Commonwealth English. Published: February 15, 2018. Categories: Fiction » Science fiction » Space opera, Fiction » Science fiction » Adventure
Deadly creatures, hostile climate, and that is just the scenery. For many years, mysterious things have happened on the ice world of Tamer, but when a scientist goes missing from Barresh thought to be on Tamer, Cory is forced to take the issue by the horns. 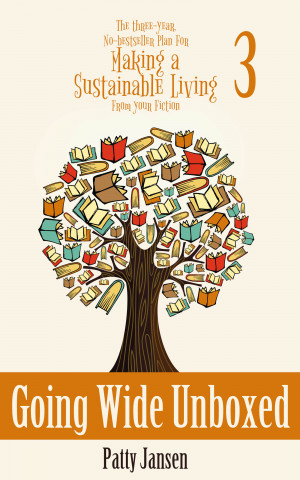 A companion guide to Self-publishing Unboxed and Mailing Lists Unboxed, for those who want to start selling on all ebook platforms. In this book, you will learn: The major non-Amazon platforms and their quirks Tips about promoting your books and increasing non-Amazon sales The greatest hack for maintaining website pages with multiple retailer links. 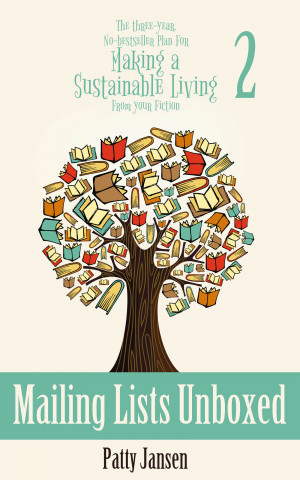 Self-published authors are coming to realise that a stable career is about a backlist of titles and keeping that backlist selling. Invariably, advice given by other authors includes holding promotions and lowering the price of the first book in series, or even making it free. However, few people mention one of the most powerful ways to keep your backlist selling: the author mailing list.
View their profile to see all of their books