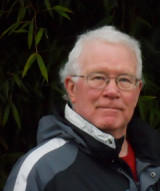 Published 2017-01-17.
Where did you grow up, and how did this influence your writing?
I grew up mostly in Durango and Boulder, Colorado. The beautiful natural setting, plus what I learned about what we used to call "conservation" in school, turned me into a confirmed environmentalist. Environmentalism and politics are inseparable, of course, so I am a political Progressive as well. I believe in all sorts of weird stuff like man-made climate change, population control, sustainable forestry and Permaculture. My environmental activism consists mainly of writing about these issues, both in my weekly newspaper column and on my website at ecotecture.com
Do you remember the first story you ever read, and the impact it had on you?
Whew! Tough question. The first story I can remember reading — outside of school — was Tarzan at the Earth's Core, by Edgar Rice Burroughs. The story, as I recall, was about Tarzan dropping through an extinct volcano into a world called "Pellucidar," where paleolithic mammals such as Saber Toothed Tigers and Wooly Mammoths roamed.

I think the lasting impact is that I learned that I could actually read a whole book and love every minute of it. Later that summer (fifth grade?), I read the "Children's Version of the Odyssey," and I've haven't stopped reading since.
When did you first start writing?
I started writing as a teenager, and by the time I was 15 I knew I wanted to be writer when I grew up. My stepfather, to whom I was very close, was a professional writer and editor, and had an outsized influence on me.
Do you remember the first story you ever wrote?
My first work as an aspiring writer was a short story called "George and The Bear," written for my junior year high school English class. It was based on an adventure my little brother and I had the previous summer, when we went out one night to try to catch frogs in a local pond. A raccoon happened by, and my brother mistook it for a bear and ended up jumping in the pond. I related it as a humorous incident, and got an "A" on the paper.
What is your writing process?
Recently, a young lady walked into our local fitness center wearing a sweatshirt with the words "Rise and Grind" embossed on the back. That pretty much describes my writing process. Every day (almost), I sit at my computer and write for several hours. Sometimes my writing is limited to emails and comments on news stories on the N.Y. Times and elsewhere. (But I always edit and proofread those pieces before sending or submitting them.) Most of my writing time is spent on one of several projects I'm working on, currently including Part 2 of my Smashwords book, "Your Ecological House," and a new book of essays on how to resist Donald Trump's political agenda.

Writing is an art form, of course, and it takes inspiration to be bothered to do the hard work required to express your ideas. For me, the art is to try to express myself as clearly and simply as possible, and the inspiration is fighting the good fight to save our planet from destruction by environmental exploitation, and our democracy from destruction by Donald Trump and his cronies.
What is the greatest joy of writing for you?
Getting clear — saying exactly what I've been struggling to express. Helping others is important as well. Accolades are nice, they are not why I write.
What's the story behind your latest book?
My book, as its Smashwords page explains, is a collection of the newspaper columns on environmentally friendly houses that I have been writing since 2006. I realized that having access to my columns in book format would allow my readers to better understand the ecological house concept and how to create their own ecological house. See the introduction for the book for an in-depth explanation of the advantages of the book format.
What are you working on next?
As I work on completing "Your Ecological House, Part 2," I am also writing a book of essays on strategies for resisting the Trump Agenda. Its tentative title is "Going of Offense: Strategies for Resisting Trump and the Far-Right Agenda." I plan to publish the book at Smashwords ASAP, since I consider the Trump agenda a direct threat to the environment and our democracy.
What do your readers mean to you?
They are my raison d'etre. My purpose in life is to empower people in the battle to save the planet while also to live better lives. To the extent that I succeed in that goal, I am satisfied and empowered as well.
When you're not writing, how do you spend your time?
In winter, I relax watching games or Masterpiece Theater, and try to make it to our fitness center at least four times each week. Additionally, my wife and I study Italian at our local community college.

In the warmer seasons, I do quite a bit of work around the house (I'm a retired general contractor) and in our yard. Also, I love to ride my bike when it's not too hot.

And of course, keeping up with friends and family is paramount.
What are some of your favorite books?
Tough question. I've read a lot of great books. "Siddhartha" by Herman Hesse is probably my all time favorite — at least I've read it several times both at home and on back packing trips (it's small and "fits in" with nature." Also, I'm a quasi-Buddhist, so Hesse's poetic rendition of Lord Siddhartha's life is always inspiring.) Hemingway's "Old Man and the Sea," is another short, prose-poem I've read several times, so if repeated readings is the determinate, Papa's Nobel-Prize-winning masterpiece makes my list. I've also read Homer's "Odyssey" two or three times, so that would qualify it for "favorite" status as well.

On the other hand, books I've read only once but still remember after decades are Mary Renault's "The King Must Die" and "The Bull from the Sea."; Umberto "Eco's Name of the Rose" and "The Island of the Day Before," Miller's "Tropic of Cancer" and "Tropic of Capricorn"; almost all of Tolkien, of course; James Clavell's "Shogun"; American standards such as "The Grapes of Wrath," "Moby Dick," "Leaves of Grass," and so on. The list goes on and on, but that gives you an idea of my taste. Nothing too esoteric, for the most part. I'm still trying to catch up with the big names!
Who are your favorite authors?
Hesse, Timothy Eagan, T.C. Boyle, Henry Miller, Will Durant, Joseph Campbell, Umberto Eco, James Joyce, the classics (Homer through Dickens), Thoreau, Joyce Carey, Theodore Roszak, Rachael Carson, Leon Uris, James Clavell, Mary Shelly, William L. Shirer, Kafka, Machiavelli, Hemingway, Steinbeck, Fitzgerald…the list goes on and on.
What do you read for pleasure?
Historical novels and biography. I love history, and certainly enjoy reading it "straight up" (if it's well written), but a good historical novel — not a steamy romance that simply uses history as a setting — can give you a feeling for an historical period that's hard to get from a just-the-facts-Ma'am rendition.
How do you discover the ebooks you read?
I'm usually pursuing a topic rather than just browsing, especially when I'm online as opposed to browsing in a bookstore. So, I go to sites like Smashwords, Apple and Amazon and do keyword searches.
What is your e-reading device of choice?
I have an iPad, which works fine. I haven't been able to compare other readers, except to glance at a Kobo my wife carries while traveling, so the iPad is more of a default reader than a "choice." But it works well and, as a long-time Mac user, I was able to learn its quirks quickly.
Describe your desk
My desk is a funny story. I built it myself when I owned a cabinet shop in the 1980s. I was trying to get in on the bourgeoning personal computer market, so I built a beautiful solid walnut desk as a prototype for what I hoped would become a line of manufactured furniture. At the time I built it, the Apple II computer, which looked like an electric typewriter with a monitor screen on top, was extremely popular, so I designed the desk to support that PC.

I put the desk on display in a computer show in San Francisco's Golden Gate Park, hoping to attract clients from the growing PC crowd. The whole day went by and no one commented on the desk, nevertheless bought it, though one geek commented on an obsolete computer I had borrowed and placed on the desk for display purposes.

Shortly thereafter, Apple introduced the Macintosh computer with its protruding back, which did not fit on my desk, rendering it obsolete as a prototype. So, when I closed my cabinet shop, I kept the desk, which since then served mostly as a storage unit in my home. But as the years went by, computers got flat again, which has allowed me to repurpose the desk for its original purpose, as a smart, ergonomic writing center build of beautiful solid walnut. Funny how what goes around comes around.
What motivated you to become an indie author?
Two things:
1) Although I published a very successful book, "Adding to a House," with Taunton Press in 1995, I have grown tired of gatekeeper publishers. Even Taunton, which worked well with me, took my book out of print although its material is still the best work on building home additions and is "essential" reading for anyone who wants to build one. (I assume Taunton was motivated by financial considerations.) I like having control over my work and its distribution.
2) I like being in control of my own content, design and schedule.
How has Smashwords contributed to your success?
So far, it has allowed me to publish my book, my way. We'll see how sales go, but I'm optimistic.
How do you approach cover design?
I'm not a graphic artist, and my web design skills are limited. To create the covers for "Your Ecological House, Parts 1 and 2," I hired one of the cover designers recommended by Smashwords. On his advice, I selected and purchased an image from CanStockPhoto, told my designer what words I wanted on the cover and let him produce a mockup. After a couple of tweaks, I purchased the finished product from my designer, and got on with publishing my book.

I plan to follow the same process for future books.
What book marketing techniques have been most effective for you?
None yet. I just published my first ebook, and I'm starting to market it. I'll get back to this question in a few weeks or months, after I have an opportunity to experiment with various techniques.
What inspires you to get out of bed each day?
Coffee. I get up and make a cup, then go back to bed and read for an hour until I come to, and start my day.
Smashwords Interviews are created by the profiled author or publisher. 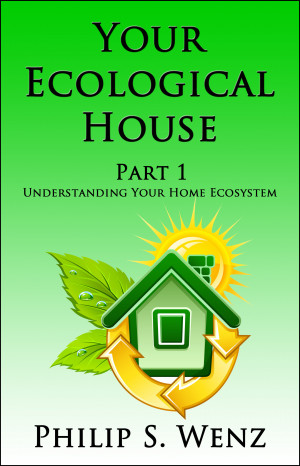