Published 2018-07-05.
When did you first start writing?
I've been writing for as long as I can remember. When I was a child I would write short stories and plays for my friends to act out. I wrote my first book, Take Over, when I was nine. It was a story about my friends and I fighting off aliens that had invaded our neighborhood. The second book in The Ravening Series is named after it.
What motivated you to become an indie author?
I had tried the traditional publishing route of querying agents for years with no luck. I was beginning to grow disheartened when I finally decided to listen to my husband. He had been urging me for a couple of years to try self publishing. I'm grateful and happy everyday that I took his advice.
How has Smashwords contributed to your success?
I've learned a lot through smashwords about marketing and how to make my book more appealing. I read through all the blogs and I have taken a lot of the advice that Mark gives. It has really helped me learn about the Indy publishing world. It has also helped to keep me updated on a lot of the events and current affairs involving this business. I also used Mark's list for my cover designs and formatting.
What is the greatest joy of writing for you?
I just absolutely love creating my own world and bringing to life these characters that no one has ever heard of before, including myself. To me, there's nothing better than writing chapter one and realizing that there are countless opportunities and adventures just waiting to come to life.
What do your fans mean to you?
Everything! They're great. They make me laugh and smile. If I'm having a bad day, there's someone out there that is guaranteed to brighten it. I never dreamed so many people would love these characters as much as I do, and they mean the world to me.
What are you working on next?
I'm working on a witch series and I'm hoping to release the first book in December.
When you're not writing, how do you spend your time?
I love to read and enjoy doing puzzles. I love plants and nature, working in the yard, and going for walks. I spend a lot of time in my barn with my horse, dog, and cat. When it's nice out, I write in the barn.
How do you discover the ebooks you read?
If the excerpt sounds like something I'd be interested in, I read the first chapter, and if I like it, I buy it.
What do you read for pleasure?
Anything and everything. Action, romance, mystery, science fiction, fantasy, paranormal, horror, thriller, suspense. If it sounds interesting to me, I'll read it.
Where did you grow up, and how did this influence your writing?
I spent my time in between Massachusetts and New York when I was growing up. I met a lot of different people and they really helped me to see how different everyone is, and how interesting they can all be. I think this helps me create characters with their own personalities and quirks.
What inspires you to get out of bed each day?
My husband, family, friends, fans, writing, dog, cat, horse, and the baby we're expecting in October.
Smashwords Interviews are created by the profiled author or publisher. 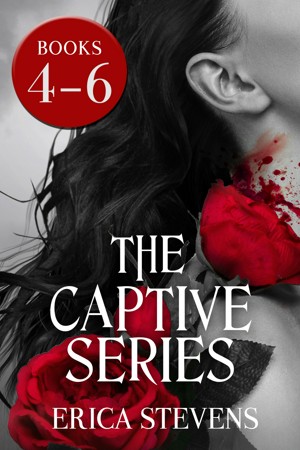 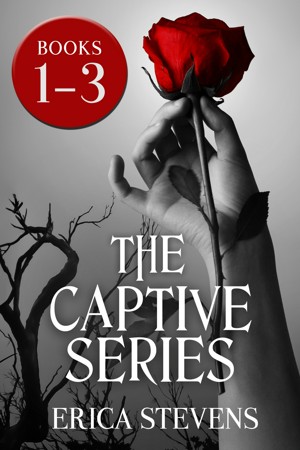 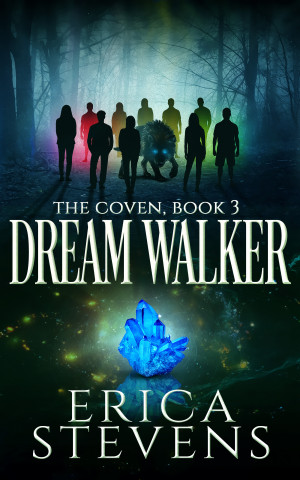 Dream Walker (The Coven, Book 3) by Erica Stevens
Series: The Coven, Book 3. Price: $2.99 USD. Words: 74,590. Language: English. Published: June 30, 2019. Categories: Fiction » Romance » Paranormal, Fiction » Romance » Suspense
When Avery finally discovers Regan’s true plan, she realizes things are far worse than any of them knew... and this time it might be too late to stop him. Will the coven band together to find the traitor and defeat Regan once and for all, or will he destroy them in his ultimate quest for power? Find out if friendship and love will triumph in the conclusion to the Coven Series. 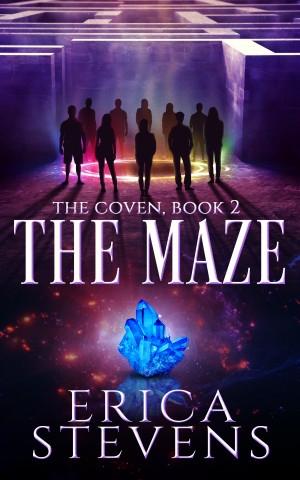 The Maze (The Coven, Book 2) by Erica Stevens
Series: The Coven, Book 2. Price: $2.99 USD. Words: 72,930. Language: English. Published: March 12, 2019. Categories: Fiction » Romance » Fantasy, Fiction » Romance » Suspense
Avery believed starting her senior year in a new school was the worst thing she had to face. She’s proven wrong when Regan reappears and forces her and her friends into the dangerous maze he created. Books in this series: Nightmares (Book 1) The Maze (Book 2) Dream Walker (Book 3) 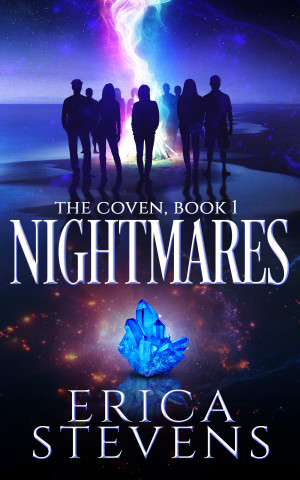 Nightmares (The Coven, Book 1) by Erica Stevens
Series: The Coven, Book 1. Price: Free! Words: 79,360. Language: English. Published: December 17, 2018. Categories: Fiction » Romance » Suspense, Fiction » Romance » Paranormal
Avery never dreamed she’d have to leave her dad and friends behind to spend the summer with a mother she barely knows. Just when she thinks it can’t get any worse, the discovery she belongs to a coven of teenaged witches changes everything. Avery soon learns most of her life was built on a lie. 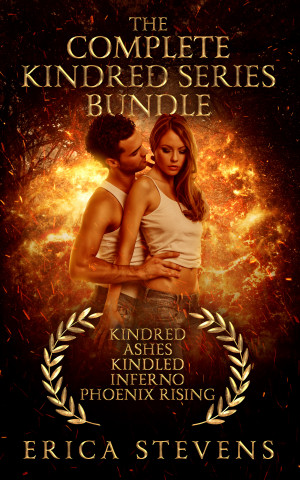 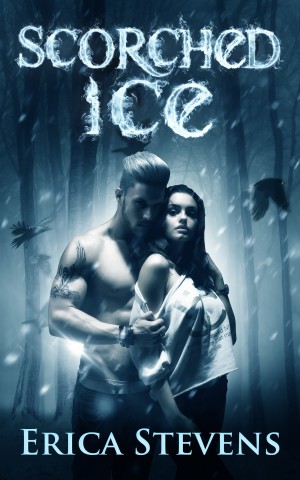 Scorched Ice (The Fire and Ice Series, Book 3) by Erica Stevens
Series: The Fire and Ice, Book 3. Price: $3.99 USD. Words: 83,250. Language: English. Published: November 15, 2016. Categories: Fiction » Romance » Paranormal, Fiction » Romance » Suspense
Julian will stop at nothing to keep Quinn safe from the vampires seeking to use her for her special abilities. Deciding that desperate times call for desperate measures, Julian sets a plan into motion that will force him to do something he’s managed to avoid for five hundred years. Recommended for readers 17+ 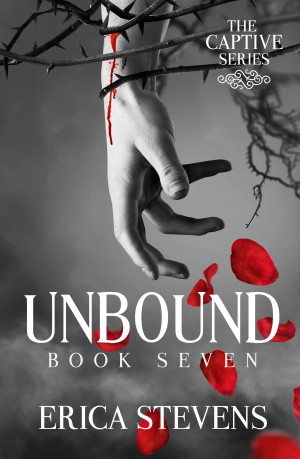 Unbound (The Captive Series Book 7) by Erica Stevens
Series: The Captive, Book 7. Price: $3.99 USD. Words: 108,660. Language: English. Published: September 27, 2016. Categories: Fiction » Romance » Paranormal, Fiction » Romance » Suspense
When they are attacked on their way back to the palace, Aria realizes she must do whatever is necessary to put an end to the threat looking to destroy all those she loves. Braith will sacrifice anything to keep Aria safe. However, there are some things that not even he understands or can stop from happening. Friendship and love will be tested in the thrilling conclusion to The Captive Series. 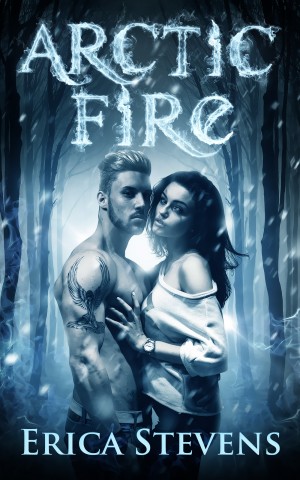 Arctic Fire (The Fire and Ice Series, Book 2) by Erica Stevens
Series: The Fire and Ice, Book 2. Price: $3.99 USD. Words: 85,310. Language: English. Published: February 21, 2016. Categories: Fiction » Fantasy » Paranormal, Fiction » Romance » Suspense
As new enemies and allies arise and good friends are lost, Julian will do whatever it takes to keep Quinn from the clutches of the vampire who stalks her. Even if it means becoming the vampire he swore he’d never be again. 17+ 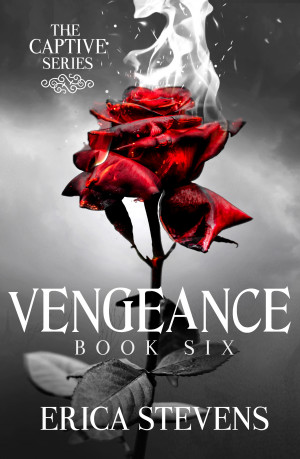 Vengeance (The Captive Series, Book 6) by Erica Stevens
Series: The Captive, Book 6. Price: $3.99 USD. Words: 101,520. Language: English. Published: December 29, 2015. Categories: Fiction » Fantasy » Paranormal, Fiction » Romance » Suspense
Driven by a burning need for vengeance, William sets out in search of the man who ended his mortal life. He’s not expecting his hunt for Kane to lead him deep into the mountains where he discovers Tempest. Torn between his mission to kill Kane and his growing feelings for Tempest, William agrees to help her fight the enemies invading her town.
View their profile to see all of their books