Published 2016-08-04.
What are your first memories of story telling?
This is before television. Even radio was unavailable in many parts of Prince Edward Island. My grandfather, after a long day farming would sit in the kitchen regaling everyone with his stories about different characters he had met, or who worked on the neighbouring farms, who worked at the nearby mill, or whom he met while visiting town. He had an Irish lilt and his stories would wander off onto a multitude of tangents but always he would return to the nub of his story. It wasn't just the interesting characters that coloured his stories but the lilt and music in his voice. It was like listening to a lullaby.
What book marketing techniques have been most effective for you?
In my early years I did some book tours. And readings. Posters of my work appeared on subway walls. But none of it sold much. If you are an artist, writer, painter, poet, any of the solitary arts and you're hoping to make a career then go into banking. There are some who enjoy doing readings. I've done a few. Hated it. But that's not to say some have not advanced their careers, or at least their reputations by doing such readings. Margaret Attwood was like a rock star in the 70s. Robert Priest was very good. But most readings are like listening to someone who is constipated and on the can. I did some television and radio interviews as well and perhaps with practice I might have become good at it. Leonard Cohen was and is wonderful at these.
Describe your desk
My desk is a mess. There are popcorn wraps, knives, glue sticks, socks, (a loaded gun I keep in the drawer), an assortment of letters that I"m supposed to respond to. Most of these are bills. I used to keep a collection of rejections but the pile got to large and one day they fell over and almost killed my cat.
Where did you grow up, and how did this influence your writing?
I grew up in downtown Toronto until I was about 6 years old. Then we moved to Etobicoke (Islington), a suburb in the west end of the city. At the time it was fairly remote from downtown. (This was before the Bloor subway.) The area was a mix of peoples, Irish, Poles, Italians, Slovaks. There were no people of color. The only brown people I ever saw before I was about 14 years old, were Sikh students at the University of Toronto. Most of my friends were working class, 1st or 2nd generation immigrants. It was a great education.
When did you first start writing?
I was about 5 years old when my mother gave me a blank book. She told me to write stories. I did. If I didn't know a word I would draw it, or cut it out of magazines and stick it in my book. And I had a huge dictionary. I don't know what happened to that book or others that I wrote. Perhaps to an adult they wouldn't have made any sense. But they were like that box that the refrigerator comes in. It becomes your castle, your tunnel, your cape of invisibility.
What's the story behind your latest book?
The book I am working on is a collection of interwoven novelettes. Each novelette has an independent quality about it, 'coming of age', 'comedy', 'romance', 'mystery'. But they are all part of a large story. Maybe its my version of the Canterbury Tales. About 2 decades ago I started reading Latin American writers. What I loved about their writing was that they did not seem to be handcuffed by structure. They were not writing novels to be studied in high school. Their books were fun.
Smashwords Interviews are created by the profiled author or publisher. 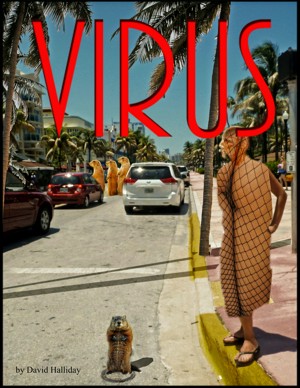 Virus by David Halliday
Price: $1.00 USD. Words: 2,470. Language: English. Published: April 2, 2021. Categories: Fiction » Literature » Literary
Scientists now believe that the virus was present decades earlier, in the 1950s. in the flight to suburbia and the mass introduction of television. Tittering had slipped into the modern consciousness. Memories were now harvested to sell everything from soap to opera. It was the advent of the stand-up comedian and the news commentary. Everything was so funny. 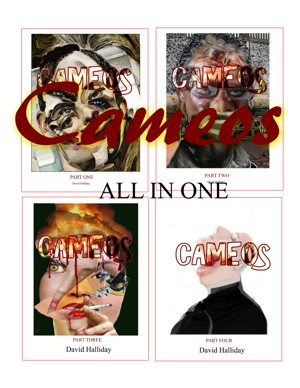 Cameos - All In One by David Halliday
Price: $2.00 USD. Language: English. Published: October 22, 2020. Categories: Fiction » Biographical, Fiction » Humor & comedy » General
Most of us participate in other lives as side characters. We appear as cameos. Almost forgotten. But shaping the main character by our effect on his/her life. In this book the main character, the protagonist does not appear. She/he waits in the wings hardly aware of our existence. 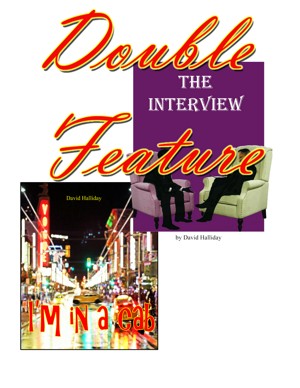 Double Feature - I'm in a cab\The Interview by David Halliday
Series: Picture Books for the Elderly. You set the price! Words: 5,200. Language: English. Published: September 1, 2020. Categories: Fiction » Visionary & metaphysical, Fiction » Coming of age
I was so pleased to be part of this story. Although I do get car sick and the guy driving the cab had two left hands. I mean it. Two left hands. But it was a good group and the story had a nice ending. Not nice in the sense that my character died, but nice in the sense that nobody got shot. And then there was The Interview in which I was not included since I died in the previous story. 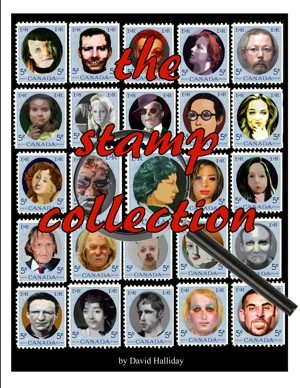 The Stamp Collection by David Halliday
Series: Picture Books for the Elderly. You set the price! Words: 7,630. Language: English. Published: August 22, 2020. Categories: Fiction » Coming of age, Fiction » Graphic novels & comics » Horror
I was never good in school. Laziness mostly. I slept a lot which put my father in a hellish mood. I'm keeping down two jobs to keep you brats in bed and breakfast and all you do is sleep. He made me get a part time job. Which is where I got my first taste of titty. The baker's daughter. Margaret. She was a homely girl but she was handing it out for free so I got in line. 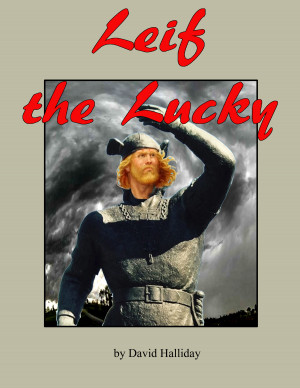 Leif the Lucky by David Halliday
Series: Picture Books for the Elderly. You set the price! Words: 3,430. Language: English. Published: July 20, 2020. Categories: Fiction » Coming of age, Fiction » Urban
We moved to a farm near Gimli, Manitoba. Home of the three Viking graves. No one is sure how they got there but I'm confident they didn't take Air Canada, as we did. We lived on Sixth Street. Highway 9 went in and out of town in a flash. If you sneezed, you missed it. 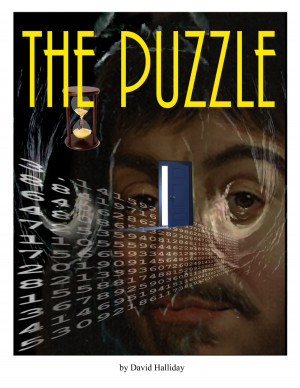 The Puzzle by David Halliday
Series: Picture Books for the Elderly. You set the price! Words: 2,590. Language: English. Published: July 2, 2020. Categories: Fiction » Visionary & metaphysical, Fiction » Science fiction » General
What is the question? Why do we ask? If a tree falls in the middle of the forest. Where are the corners in the oval office? What does it mean to be a human being? Does the question matter? If left alone would the accountants take over? 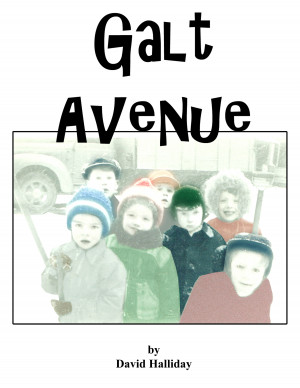 Galt Avenue by David Halliday
Series: Picture Books for the Elderly. You set the price! Words: 2,960. Language: English. Published: June 17, 2020. Categories: Fiction » Biographical, Fiction » Coming of age
Born in the city. Back lanes. Crowded streets. Laughter and screams on Saturday night. Church Sunday morning. Sirens during the week. We just got the hang of it and now we had to move to the suburbs. 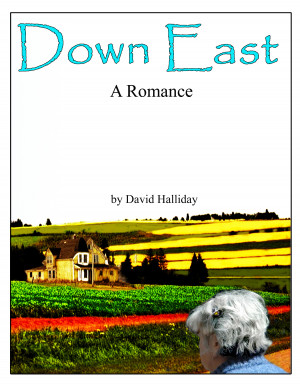 Down East by David Halliday
Series: Picture Books for the Elderly. You set the price! Words: 2,960. Language: English. Published: June 1, 2020. Categories: Fiction » Biographical
I was born restless. The oldest. Not the first. A boy before me. He was never given a name. John was born after me. And then another unnamed. And then all of my sisters. I wish I would have been born a boy. To run through the fields like a wild dog. To skinny dip in the local river. To laugh my head off. 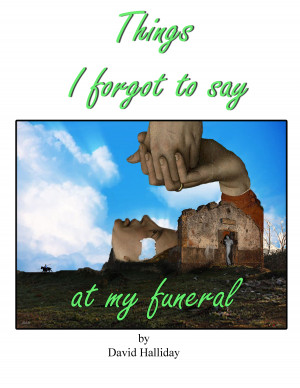 Things I Forgot To Say At My Funeral by David Halliday
You set the price! Words: 6,730. Language: English. Published: May 17, 2020. Categories: Nonfiction » Philosophy » Social, Nonfiction » Biography » Autobiographies & Memoirs
I wish I didn’t smoke. I wish I didn’t forget so many things. That’s right, I don’t smoke. I wish I was smarter. (Is that even possible?) I wish I’d met Trudeau. (Pierre) I wish I’d been more successful. And my parents could have seen it. I wish a lot of things that I don’t really care about it. Someday I’m going to was alive. 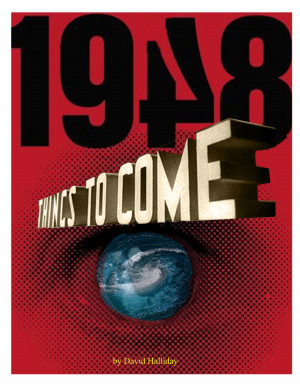 1948 by David Halliday
Series: Picture Books for the Elderly. You set the price! Words: 5,830. Language: English. Published: May 4, 2020. Categories: Fiction » Science fiction » Apocalyptic
A serial killer, triplets, a high school dropout, a wannabe movie star, a woman out for revenge, a disgraced high school teacher all headed west. To look for their dream. But the universe had a different dream and it didn't include the earth.
View their profile to see all of their books