This interview has been viewed 1,327 times.

Published 2014-09-08.
You are one of the rare philosophers able to write in such a way that everyone understands, not only those from the world of science. Your essays are often filled with memoiristic story-telling. Have you thought about writing your memoirs one day?
In my opinion, if a research problem or a topic meets the clear vision of an author, then he can convey his thoughts clearly. I also believe that every philosopher's text presents him as a person, tells about his main interest, his point of view with regard to the phenomena being dealt with, while the things he discusses make up his own world and himself. In that sense, all philosophers (and as it happens I may be notable in this regard) write down their “unconscious biography of the soul”, to use Nietzsche's phrase. In some of my books, for instance in A Sentimental Introduction to Aesthetics (Sentimentalni uvod u estetiku), 2004, The Art of the Destroyed (Umjetnost uništenog), 2005, and A Text on Exile (Tekst o tuđini), 2007, my personal experience is intertwined with theoretical insights and thus my books sometimes have the characteristics of meditative prose. I am a story-teller of ideas. That is why I hope, if time and strength allow, I will perhaps write some sort of “intellectual autobiography” or a memoir, a kind of afterthought-diary, in which I will revisit the most important events of my life.
What was it like to shoot the Archduke, and be part of a historic event? I am referring to your acting career, prior to writing books, which you spoke about recently in a BBC program on the occasion of the centenary of the Great War.
I was first really an actor, at the end of my studies at the Sarajevo Drama Studio, so I knew how to get under the skin of a character and when acting in this role, I thought just one thing: how to kill my enemy. I suppose that's how Princip thought too. But I only thought and felt that way as a character in a drama, because I am essentially always inclined towards the Central European cultural mindset and values, and thus I personally felt the very act of killing to be alien to me. Maybe that was precisely why as an actor I could not accomplish completely persuasively the role of the assassin.
Why I Killed Franz Ferdinand and Other Essays contains amazingly clear – and at the same time witty – observations about people who “seriously drink”. Why do people really use alcohol? To forget or to embark on some sort of “temporary madness”?
Of course everyone drinks for their own reasons and everyone can say for themselves why they do that. I could say about myself the following: I loved to drink. I loved spirits, loved wine, especially red wine. Drinking used to take me towards uninhibited ways and freedom when I felt an almost physical unity with spiritual intoxication which was and has remained the most important part of a tumultuous, a joyful and now, in maturity, I can say, all in all a happy and pleasant life.
Two of your books have been translated into English, within the edition Style Writes Now. Tell us something about your work published in various languages and your plans for the future.
I retired two years ago, but since then I have never worked more, and this has been a particularly productive year. Four of my books have come out this year, and before the end of the year Antibarbarus Publishing House in Croatia will bring out my final book on aesthetics. The title is Aesthetic Terminology (Estetska terminologija), and the manuscript is almost 600 pages. There is still plenty of work on that book about fundamental aesthetic terms, after which I intend to turn to some completely different philosophical questions and topics.
Smashwords Interviews are created by the profiled author or publisher. 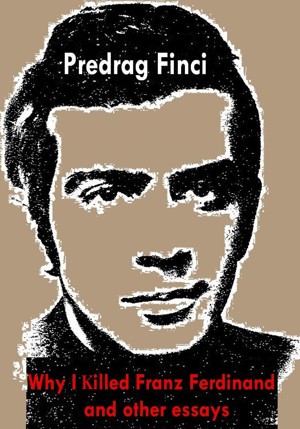 Why I Killed Franz Ferdinand and Other Essays by Predrag Finci
Price: $5.00 USD. Words: 20,810. Language: English. Published: January 1, 2014 by Style Writes Now. Categories: Nonfiction » Philosophy » Social, Essay » Author profile
One of the finest essayists from the Balkans reveals, among other things, why he killed Franz Ferdinand. 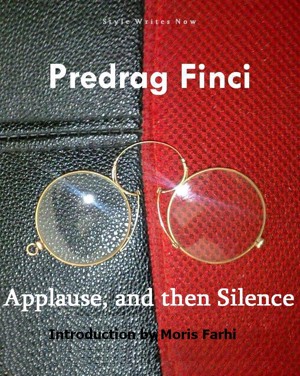