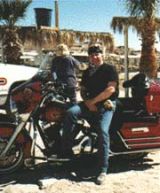 This interview has been viewed 828 times.

Published 2020-04-26.
What's the story behind your latest book?
Jim Nash is off the reservation, in more ways than one. Maddie, his partner, has no idea where he is, and for good reason. If she found out, she’d kill him if she got the chance. He isn’t about to give her that chance—at least, not yet.

Jim's plan was to make a quick trip down the Baja, retrieve something stored away for a future life, and return. To improve his odds, he picked up an armored van and a go-fast panga. An underage teen-age stowaway isn’t improving his outlook. She’s a distraction he doesn’t need. Looking out for her is challenging his patience. He has a plan to bring her into line, though, and it includes a one-way plane ticket.

An uncontrollable teenager, an ex-wife's beautiful sister, a female autodefensa and a go-fast panga all figure in Jim Nash's next adventure, Mexico Time, coming soon.
What motivated you to become an indie author?
I published a couple of shorts on my personal web site back in the late '90s. They weren't downloadable. All were text-based, sans covers. Readers had to peruse them live on the web. When self-publishing took off, I rewrote and re-edited several and published them for downloading. The fact that I could get what I thought were great covers from independent artists only enhanced my personal experience in self-publishing.
Where did you grow up, and how did this influence your writing?
I grew up in a single-industry small town in the wilds of Canada. The closest city and its bookstores were well over two hundred miles distant. Fortunately, the local library was well-stocked, and I was able to peruse its shelves and bring home any books I chose. Need I say reading was encouraged in my family?

When by chance I happened to encounter Kerouac's "On the Road," I became sold on escaping the confines of the town. A summer working in the local plant only hastened thoughts of getting away into the world beyond. I already knew there was a whole world out there, just waiting to be experienced. I wrote about some of my experiences, and made up others just for fun. I still do.
When did you first start writing?
I began writing in high school with typewritten words crammed onto the entire page. No one ever told me that margins and double spacing were a prerequisite for editing - not even the English teacher who encouraged me. As with many in high school, other things began to take precedence. Girls, cars, parties, and dances quickly overtook a desire to write, and it was put on a back burner. I let it fester for quite a few years before finally picking it up again.
What is the greatest joy of writing for you?
It's the sound of fingers connecting with keys to produce the letters that form the words that scroll across the screen. By any other name, it's probably known as production. Thanks to specialized software for writers, I'm able to see the volume of words grow day-by-day until the final period is entered. Thankfully, at age twelve, I taught myself to type.
What do your fans mean to you?
I'm ever grateful for the readers that download paid and free novels and short stories from Smashwords and a variety of other e-book sites on the web. I'm thankful that fans are noticing my efforts and downloading my words to read at their leisure.
What inspires you to get out of bed each day?
Anticipating the sunrise that appears about an hour after I rise for the day.
When you're not writing, how do you spend your time?
I like to listen to a lot of old time radio. The crime fighter and detective radio shows from the forties and fifties fascinate me. I also like noir movies, both past and those more modern. For decades I've ridden a motorcycle around a lot of North America and Mexico, which has allowed me to gather material for future consideration.
Who are your favorite authors?
Hemingway. Kerouac. Shute. Heller.
What do you read for pleasure?
Right now I'm reading some of Dean Wesley Smith's science fiction short stories.
How has Smashwords contributed to your success?
Smashwords, even in its earliest incarnation, has been a boon to my self-publishing career. Its Meatgrinder is a real pussycat, as far as I'm concerned. I had a couple of hiccups years ago, all of which were my own fault. Once I determined that it was multiple extraneous bookmarks inserted by Word, I used a macro to strip out the extra bookmarks. I've not had an error since. 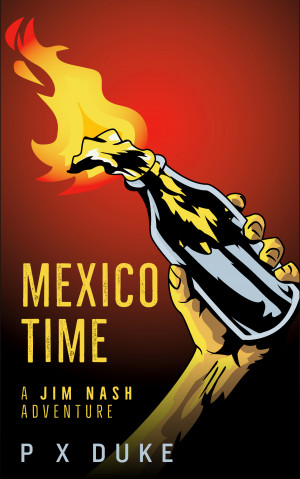 Mexico Time by P X Duke
Series: Jim Nash Adventures. Price: Free! Words: 53,390. Language: English. Published: June 1, 2020. Categories: Fiction » Mystery & detective » General, Fiction » Romance » Contemporary
Jim Nash has gone missing and Maddie Spence, his partner, doesn't know where he is. That's probably for the best, though, because Jim has gone off the reservation and is down Mexico way. He's not taking a well-deserved vacay, though. He's trying to retrieve something he left behind years ago, and he's picked up a stowaway to help him do it. 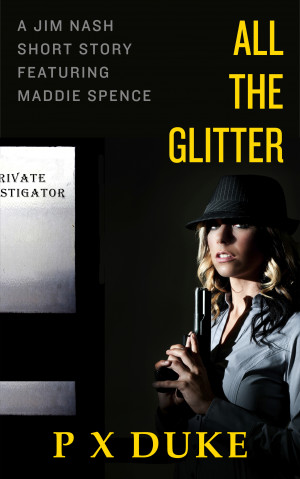 All The Glitter by P X Duke
Series: Jim Nash Adventures. Price: Free! Words: 20,220. Language: English. Published: November 28, 2019. Categories: Fiction » Mystery & detective » General, Fiction » Romance » Action/adventure
Maddie Spence is left to her own devices after her partner in business and romance has left her in the lurch with nary so much as an explanation or a phone call to alleviate her worries. With Jim Nash MIA, she takes on a case involving a strip club and credit card scammers. Thanks to her pole dancing class, she agrees to go undercover with almost no cover. 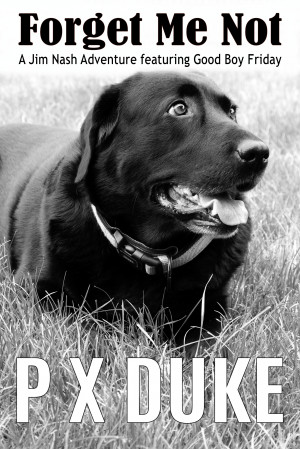 Forget Me Not by P X Duke
Series: Jim Nash Adventures. Price: Free! Words: 24,910. Language: English. Published: August 29, 2019. Categories: Fiction » Romance » Action/adventure, Fiction » Mystery & detective » General
Jim Nash and his partner, Maddie Spence are called on to help an old friend locate his missing daughter. But is she really missing? Jim thinks she’s gone on a romantic getaway for a long weekend and an opportunity to study for her final exams soon to be coming up. Maddie isn’t so certain. An old nemesis is out of prison and looking for trouble. 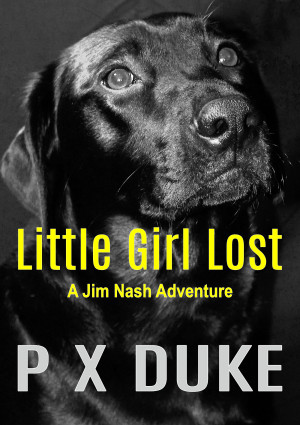 Little Girl Lost by P X Duke
Series: Jim Nash Adventures. Price: Free! Words: 6,100. Language: English. Published: April 7, 2019. Categories: Fiction » Romance » Clean & wholesome, Fiction » Humor & comedy » General
The sitter has never been late before, and Angela Franklin is expecting her baby sitter to arrive at any minute to keep an eye on her daughter. Anxious to get to work, Angela leaves six-year-old Holly alone to wait for the sitter. In her haste, she forgets her phone on the counter. Holly eventually gets bored playing by herself. She goes in search of the sitter. 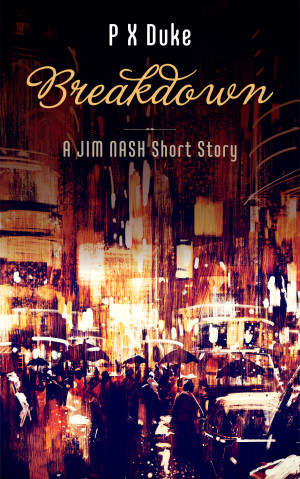 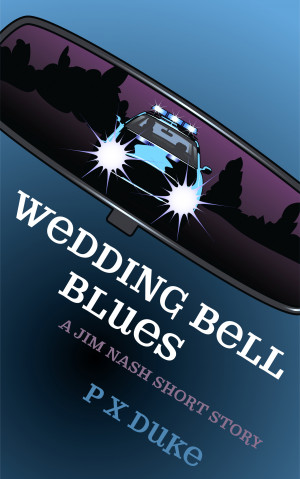 Wedding Bell Blues by P X Duke
Series: Jim Nash Adventures. Price: Free! Words: 30,570. Language: English. Published: January 27, 2019. Categories: Fiction » Science fiction » General, Fiction » Romance » General
Jim Nash has no plans to attend the wedding of former best friend Warren to Allie Sands, a girlfriend from his past. All that goes out the window when his current partner, Maddie Stone, sees the emails and convinces him otherwise. With the decision made for both of them, Jim and Maddie are waylaid in a small town on the way to the wedding for reasons unknown. 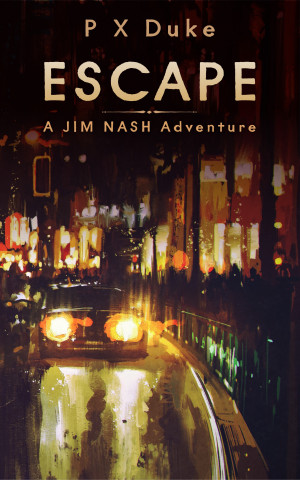 Escape by P X Duke
Series: Jim Nash Adventures. Price: Free! Words: 41,390. Language: English. Published: December 18, 2018. Categories: Fiction » Mystery & detective » General, Fiction » Romance » Action/adventure
Jim Nash takes his crew on a well-deserved vacation and ends up knee-deep in trouble when, trapped in a blizzard, he is forced to delay their trip to a ski lodge in the Colorado mountains. When the Interstate is closed, another couple is waylaid in the small town in what at first glance appears to be a bullet-riddled car. Are they on the wrong side of the law, or innocent victims? 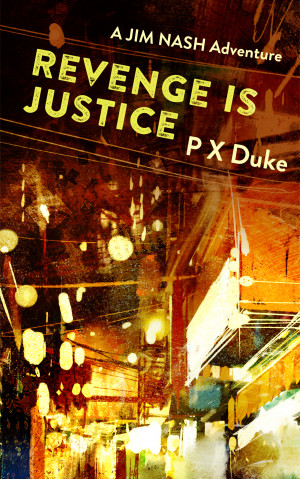 Revenge Is Justice by P X Duke
Price: Free! Words: 49,120. Language: English. Published: November 22, 2018. Categories: Fiction » Mystery & detective » General, Fiction » Adventure » General
Jim Nash has been chasing the ghosts in his life for too long. His business partner has deserted him and he doesn’t know if she’s coming back. His most recent receptionist and her dog, Friday, keeps handing him verbal abuse. The requested HR meeting never happens. And to top it off, he still hasn’t learned who orchestrated the death of both his wives. 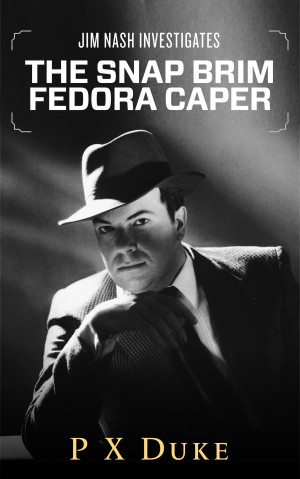 The Snap-Brim Fedora Caper by P X Duke
Series: Jim Nash Adventures. Price: Free! Words: 15,100. Language: English. Published: November 3, 2018. Categories: Fiction » Mystery & detective » Short Stories
Private Investigator Jim Nash is the lucky recipient of an anniversary gift courtesy of his business partner Maddie Stone. All is not as it seems when he dons the gift and falls asleep while wearing it. A mysterious woman searching for her husband. A man who doesn’t want to be found. Blackmail. Dirty pictures. All this and more as Nash goes into sleepy, exhausting overtime to prevent a kidnapping. 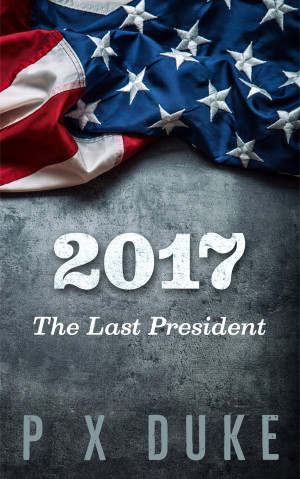 2017 - The Last President by P X Duke
Price: Free! Words: 52,320. Language: English. Published: April 27, 2017. Categories: Fiction » Science fiction » Utopias & dystopias, Fiction » Science fiction » Apocalyptic
Russell finally accepts that he has escaped the purging of humanity from the city He hunkers down in an abandoned house in a suburb far from the city’s center. In the mess left behind, managing for his day-to-day needs occupies every waking hour. When he accidentally encounters someone else doing the same, he sets out to discover who it is that is trapped in a situation not dissimilar to his own.
View their profile to see all of their books