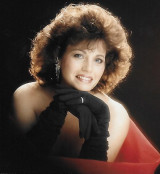 Published 2015-02-13.
What's the story behind your latest book?
The idea for Undercover Reunion was born on my girlfriend’s back porch in Connecticut a year before our 30th high school reunion.

We were talking about our childhood days when we would play spies and plot against two other classmates, boys of course, and I came up with the idea that we would go to our reunion and find out that U.N.C.L.E. was real and we would be recruited by the organization to bring down another classmate who was now the head of an international criminal organization.

Just like the main characters in the book, she and I were huge fans of The Man From U.N.C.L.E. when we were in the 6th grade. We grew up in a small town, not in Minnesota but upstate New York and there were two boys who were the inspiration for Charles and Eric, who were constantly harassing us in school.

My house had a basement where we had a hidden room and many of the references in the novel; the small town bakery, her having two sons and my moving to California, among other facts were all incorporated into the plot of the story.
Where did you grow up, and how did this influence your writing?
I grew up in the small village of Ellenville, New York in the Catskill Mountains. The post office in First Class Male is based on an actual small town post office which is located about 5 minutes from the original site of Woodstock. The fictional town in Minnesota where Undercover Reunion is located is very much based on my home town. Read the article: Ellenville Always: http://www.ravenwest.net/raven/article/rw_ellenville.htm
What book marketing techniques have been most effective for you?
I've read that there are plans to make a "Man From U.N.C.L.E." movie, so I did a news search, went on all the sites that ran the story and posted a comment about my novel with a special FREE coupon offer through Smashwords. I've also posted this offer to all the "Man From U.N.C.L.E." fan clubs and social media sites and have already received several great reviews for the book!
How has Smashwords contributed to your success?
I really enjoy the control I have over my published works with Smashwords. The ebook market is quickly becoming THE way to publish and with just a few clicks, my novels are formatted for nearly every ebook reader available and not just limited to Amazon Kindle.

The marketing pointers are fantastic. Being able to offer discount coupons to promote a "buy one get one free" offer and other deals increases my fan base and readership.
Who are your favorite authors?
Ayn Rand and Victor Hugo.They both wrote incredible fiction which has lived on way past their own mortality. There isn't a single author in today's mindless cotton-candy vampire/zombie world that can write even one sentence, let alone an entire novel, that had and continues to have the impact on people's hearts and minds as these two writers!
What are your five favorite books, and why?
Atlas Shrugged. Not because of the political implications, but because Rand was a phenomenal writer.
Les Miserables. If you don't get it, I can't explain it. If you do, I don't have to.
The Crazy Ladies and The Return of The Crazy Ladies by Joyce Elbert. Read them if you can find them and you'll understand why.
First Class Male, Red Wine for Breakfast and Undercover Reunion by Raven West. Of COURSE my own novels are my very favorites!!
What is the greatest joy of writing for you?
When a reader tells me how much they "hated" or "loved" one the fictional characters in my novel! It is a thrill that I was able to created an imaginary character who is so real that the reader is emotionally drawn to them!
Do you remember the first story you ever wrote?
Absolutely! No matter how long ago, you ALWAYS remember your first! I was in the first grade when I wrote my a short story about a kid who was sick in bed and all she wanted was a red sled. It was pretty bad, but the teacher read it to the entire class, who really liked it. From that moment, I was hooked on writing.
What are you working on next?
I'm currently working on the sequel to "Red Wine for Breakfast", "Bourbon for Brunch" a political thriller, and "Vashti's Daughter".
If you could give one piece of advice to writers trying to get published, what would that advice be?
Don't quit. Don't worry about how much $$ you'll make, and don't ever EVER compromise your integrity, no matter what they offer. If you're goal is be "rich and famous" you're in the wrong career. Writing isn't about what you DO, it's who you are as an artist and a creator of extraordinarily worlds and the characters that inhabit them.

And ALWAYS keep a bottle of champagne in your refrigerator because you never know when you'll have a reason to celebrate and you don't want to be caught without champagne
Smashwords Interviews are created by the profiled author or publisher. 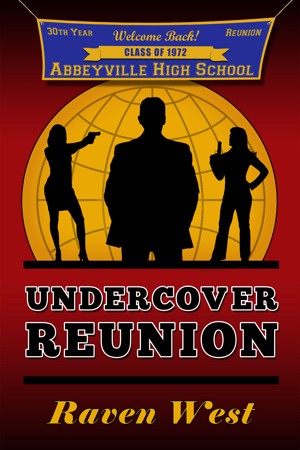 Two lifelong girlfriends find their childhood game of playing spies from a 60s TV show becomes all too real when they attend their 30th high school reunion and are recruited by the same organization to thwart a former schoolmate's plan for worldwide domination. Connect with Raven West: Facebook: http://www.facebook.com/pages/Author-Raven-West/142481059153188 Twitter: https://twitter.com/ravenwest 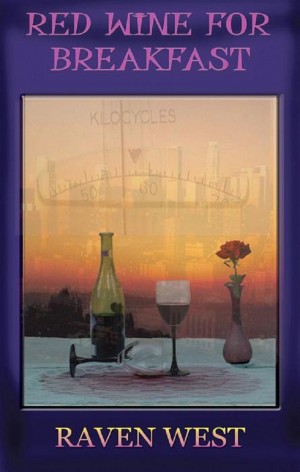 Red Wine for Breakfast is the story of strong, determined ex- New Yorker who has to shake off the laid-back attitude of L.A.to overcome the challenges of a radio industry that threatens to turn her off, and a man who only wants to turn her on. 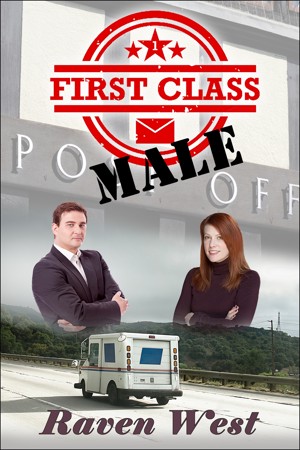