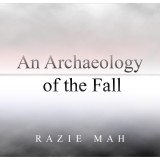 Published 2015-04-29.
What about An Archaeology of the Fall?
This work is both a story and an academic treatise. It is not for the faint of heart or mind. It upends familiar perspectives in both science and religion. The first movement, A, presents the gambit, a hypothesis explaining why our current Lebenswelt (living world) is not the Lebenswelt that we evolved in. The interlude, B, presents a university experience, a close reading of a text where presuppositions get all turned round. Most college students pass through four years of college without this experience. The third movement, A', returns to the gambit, but now within the active imagination. The early stories in Genesis are re-enacted on the celestial earth. By the time it is over, the reader will view both human evolution and the Genesis text in a new postmodern light. The beginning writes the end.
What about The First Singularity and Its Fairy Tale Trace?
This essay summarizes the central hypothesis in "An Archaeology of the Fall". The question it addresses is: Why civilization? Another way to put that is: Have humans passed through a singularity such that our current Lebenswelt (life world) is not the same as the Lebenswelt that we evolved in? The answer is yes. The potentiating factor is presented. This essay is ideal for classes on both human evolution and the Book of Genesis in the Bible. This essay should be contrasted with William Stone's article, "Adam and Modern Science", appearing in "Adam, the Fall and Original Sin" (2014: Baker Academic).
What about Comments on Original Sin and Roman 5:12-19?
This essay is a companion to "The First Singularity and Its Fairy Tale Trace". Paul's Letter to the Romans mentions Adam in the context of the universal call of Christ. Through Adam, sin entered the world. Paul formulation eerily resembles the scientific hypothesis in "The First Singularity" (and "An Archaeology of the Fall"). This particular essay plays on Thomas Schreiner's article of the same name, appearing in "Adam, the Fall and Original Sin: Theological, Biblical and Scientific Perspectives" (2014: Baker Academic).
What about "How To Define the Word 'Religion'"?
When people talk about "religion", they often mean "piety" and "world traditions". When people talk about "religion", they often mean "a faction within Christianity". When people talk about "religion", they often mean some sort of psychological impulse. When people talk about the word "religion", they often mean "superstitious and irrational". Some people religiously believe in science. Even more strange, during the middle ages, the word "religio" indicated "orders of monastics and wandering friars" and "secularae" pointed to "diocesean clergy". So "the religious in contrast to the secular" already existed before our modern division of "religious and secular". Obviously, the question addressed in the title demands a new way of thinking. That new way of thinking was invented by Charles S. Peirce in the late 1800s. He called it "semiotics". But this book is not about signs. It is about "the nature that is implied by the very existence of signs". Now, does that not sound like "religion"?
Can "How to Define the Word 'Religion'" be used for home schooling?
This book and the accompanying primers provide a wonderful alternative to the so-called social sciences. It provides an intellectual tool that will challenge and re-invent all the social sciences: the category-based nested form. My guess is that anyone in grades 6 through 12 is able to follow the arguments (as well as every college student, but on a different level). Certainly this course is worth trying. The text is numbered in order for instructor and student to coordinate. In addition, a series of primers is now complete enough (one through seven) to serve as guides. More primers will be forthcoming. At this point, an instructor may proceed through primers one through seven and then go directly to the book.
What do you read for pleasure?
Zizek is always fun to read.
What are your five favorite books, and why?
Books of recent vintage: 1. John Deely, Four Ages of Understanding: First Postmodern Survey of Philosophy from Ancient Times to the Turn of the Twenty-First Century (for triadic semiotics) 2. Slavoj Zizek, The Plague of Fantasies (1997) (for Lacan) 3. Rene Girard, I See Satan Fall Like Lightning (1999) (for mimetic contagion) 4. Dietrich Bonhoeffer, Creation and Fall (lectures 1932, for the historic moment) 5. Eric Voegelin (1952) The New Science of Politics (for theory of representation)
What is your e-reading device of choice?
Fire and i-Pad
How do you approach cover design?
Each essay and book belongs to one of three themes: the dissolving horizon, the three categories, and celestial revolutions.
Smashwords Interviews are created by the profiled author or publisher. 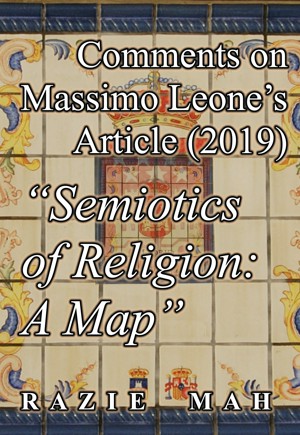 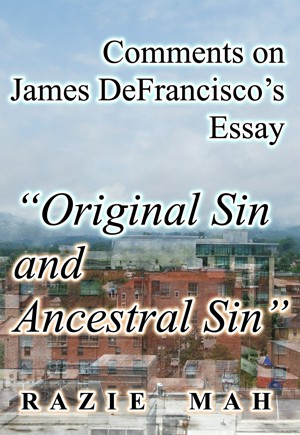 Comments on James DeFrancisco’s Essay "Original Sin and Ancestral Sin" by Razie Mah
Series: Reverberations of the Fall · A Course on Evolution and Thomism. Price: $2.43 USD. Words: 10,700. Language: English. Published: August 27, 2020. Categories: Nonfiction » Religion & Spirituality » Christian Theology / Anthropology, Nonfiction » Religion & Spirituality » Religion & Science
In 2020, I download an undated essay, probably published around 12 years ago. The author considers the question, “Who is Adam?”. The Western and Eastern Churches give different answers. Is one better than the other? Do they complement one another? These comments use the category-based nested form and other relational models developed within the tradition of C.S. Peirce. 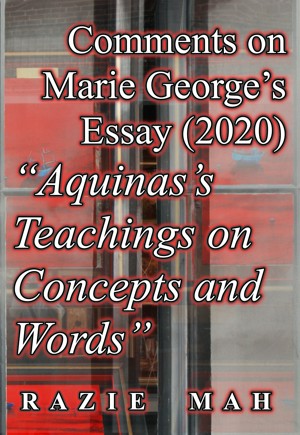 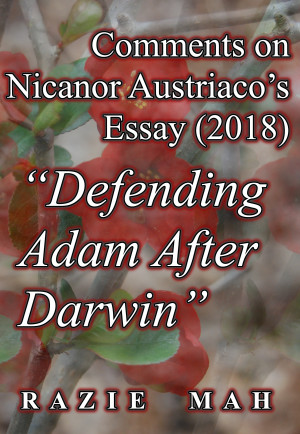 Comments on Nicanor Austriaco’s Essay (2018) "Defending Adam After Darwin" by Razie Mah
Series: Reverberations of the Fall · A Course on Evolution and Thomism. Price: $2.15 USD. Words: 5,610. Language: English. Published: August 15, 2020. Categories: Nonfiction » Religion & Spirituality » Religion & Science, Nonfiction » Philosophy » Metaphysics
In 2018, Nicanor Austriaco, OP, publishes an argument in the American Catholic Philosophical Quarterly. A philosophical bias in biology rules out the realness of Adam. If that bias is overcome, then what might the realness of Adam look like? These comments use the category-based nested form and other relational models developed within the tradition of C.S. Peirce. 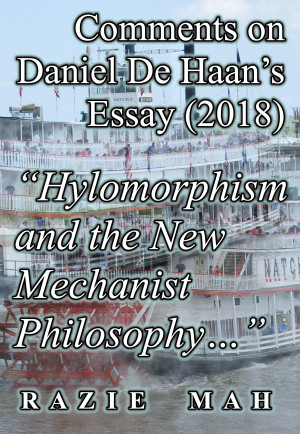 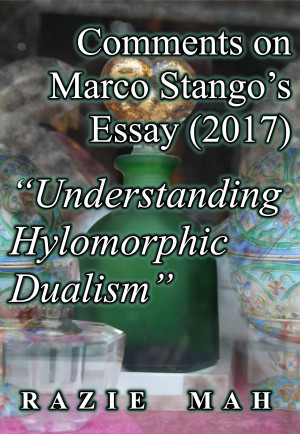 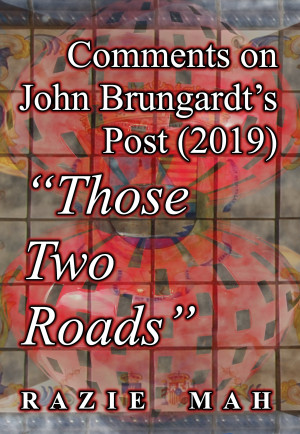 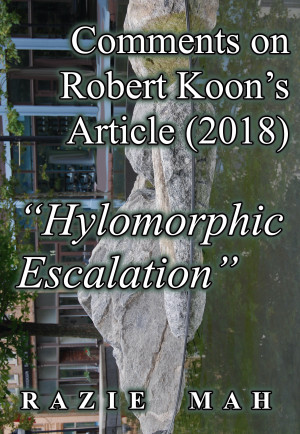 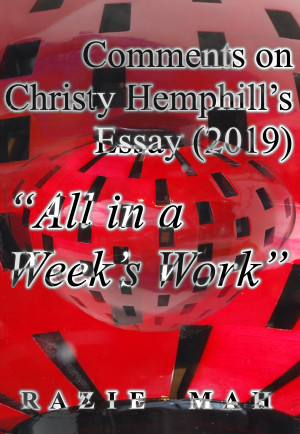 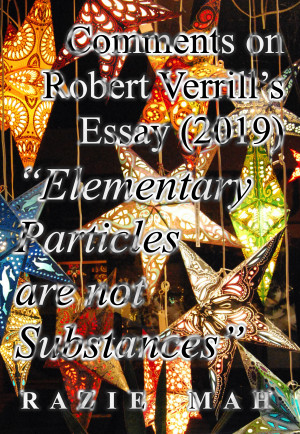 Comments on Robert Verrill’s Essay (2017) "Elementary Particles Are Not Substances" by Razie Mah
Series: Peirce's Secondness and Aristotle's Hylomorphism. Price: $2.00 USD. Words: 5,380. Language: English. Published: February 27, 2020. Categories: Nonfiction » Science & Nature » Philosophy of Science, Nonfiction » Philosophy » Metaphysics
In 2017, Robert Verrill, OP, relying solely on the resources of the Thomist school, establishes the title’s claim. In the process, he raises a critical question. How does one decouple Aquinas’s philosophy from Aristotle’s physics? These comments use the category-based nested form, Maritain’s models of positivist thought, and other relational models developed within the tradition of C.S. Peirce.
View their profile to see all of their books