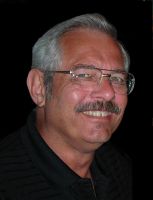 This interview has been viewed 231 times.

Published 2015-03-21.
Do you remember the first story you ever wrote?
I wrote a short story back in high school. Of course, it was for a grade in my English class but when I translated it in Spanish, I received a second grade for that class as well.
The story was about a man who was not satisfied with his mundane life and decided to travel from his home in Midwestern Nebraska through Central America and into South America. It spoke of the places he visited and the people he met along the way. The journey took him a year to complete and when he reached home, he told his family and friends of his adventure.
This book was the beginning of my interest in writing but didn’t have the background to write about things I had experience in or enjoyed. I feel with my years associated with the military and correctional law enforcement that I now have things I can write.
I received a B+ on the book in English and an A on the book in Spanish.
How do you approach cover design?
I look at the cover as an introduction to my story. My stories are of intrigue, intelligence, strategy, skill, and learning. Let’s make the cover to start that.
Describe your desk
As a young man, my desk was just that—a simple desk. An inexpensive desk that any student would have. However, when I began writing in my later years, my desk had advanced to a computer with multiple folders housing the ideas of my stories and keeping them close-at-hand. I’ve advanced from there to a more advance system of computer storage and even a much higher grade of computer and programming.
Where did you grow up, and how did this influence your writing?
My childhood was that of moving around. I’d lived in many states and even more cities than I would like to admit. As an example, I was at four different schools for my fifth grade. During my youth, I learned and experimented with electronic systems and basic computer languages, became proficient in the art of playing chess, and even learned a second language (Spanish). Reaching the age of 17, I graduated from high school and enlisted into the U.S. Navy, which took me to seeing another side of life. This life took me to other parts of the world visiting four other continents. During my tours of duty, I experienced life and saw death and after almost 21 years of service, I retired. Following my highly colorful military career, I became a state corrections officer and then county corrections deputy where I met their requirement for retirement. All of my experiences have helped me in writing about things I know.
What is the greatest joy of writing for you?
Simply put—self expression.
What are you working on next?
I’m still working on the “John Smith…” series. I have six story lines written in that series. I’ve written story lines for seven other books as well. I’ve been considering a “Chronicles of John Smith” series as well.
What inspires you to get out of bed each day?
Like most people, I enjoy eating and living in a home. Therefore, I still need to work to live. I do find writing a passion, which is the enjoyment of my off time.
What is your writing process?
I write in various levels. I take my idea for a story and just brainstorm with it jotting down the different aspects. I’ll do this at different times and dates to get different aspects considered in my story. Then I will begin my writing the main story following my notes. While writing, I may think of something else or a different direction. Either way, I let the story flow. When finished writing, I’ll go back to the beginning and read the story, performing some minor editing. I’ll do this several times until the story reads the way I want it to read which isn’t always using proper grammatical English.
What motivated you to become an indie author?
Being an indie author means I enjoy writing more than I enjoy notoriety. By using Smashwords, I’m able to have my works e-published and share them with the world.
What do your fans mean to you?
Everything. I write for my enjoyment. However, if no one enjoys the stories, then what’s the point of writing? It’s not just telling the story it’s sharing an experience. So, although I write for me, it’s the fans that make the difference.
Smashwords Interviews are created by the profiled author or publisher. 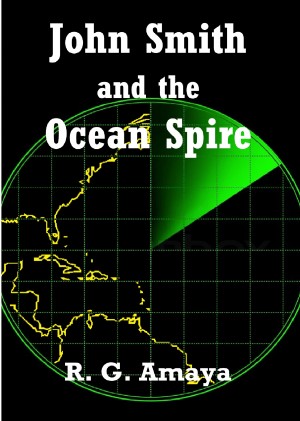 John Smith and the Ocean Spire by R G Amaya
Price: $0.99 USD. Words: 50,270. Language: English. Published: August 31, 2015. Categories: Fiction » Adventure » Action
The United Forces Republic has begun testing and manufacturing of the illegal MRK-33 weapon at the only place on Earth the World Government can’t touch—the Ocean Spire. They call on John Smith to investigate and take all necessary actions. But when informed his former wife is being held there, it becomes personal. 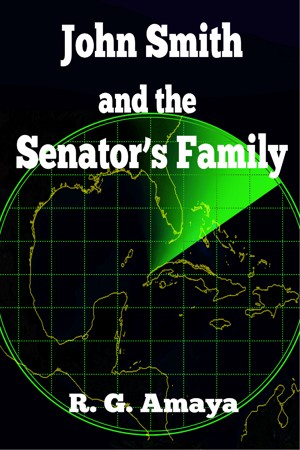 John Smith and the Senator's Family by R G Amaya
Price: $0.99 USD. Words: 50,680. Language: English. Published: October 24, 2013. Categories: Fiction » Adventure » Action
Senator Koushman’s family is kidnaped. The senator turns to an old friend, and a retired Special Forces recluse. Finding this man will be a problem as he lives aboard his own submarine. But the search will be worth it. He knows this man, labelled the most dangerous man on Earth, will leave no stone unturned until he finds the family. His name? John Smith.