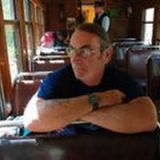 Published 2014-01-24.
Who are your favorite authors?
Arthur Charles Clarke along with Robert Heinlein and Isaac Asimov who were known (when I was growing up) as the "Big Three" of science fiction !
What's the story behind your first book?
Had friends all working high stress and intense jobs in the world of first responders. I used to get them laughing and geared down with short humorous stories sent to their email accounts. A few suggested I should publish the stuff. So, selected a bunch of the G Rated stories and rolled them into the book Senior Things I Said, Say, Did and Do.
What inspires you to get out of bed each day?
My life is simple. First and foremost is the thought of a good hot cup of coffee. According to the wife and dogs first hour body language; I am the most disgustingly cheerful "morning person" the world could ever experience. I only have two speeds and make no apologies for Fast Forward and Sleep. Then there is the endless possibilities intertwined within the bright new and wonderful day that is ahead.
When you're not writing, how do you spend your time?
In the winter months I take the dog on a daily walk off the property so she can mark everything from here to there and back again. Then we play fetch and dodge the snow coming off the shovel. In the spring and summer it is anything yard, home and outside in between playing drop the rope.
How do you approach cover design?
I let the graphic design artist have his freedom of expression. I provide a long and short book description, book dimensions and word count. His creativity and imagination I am convinced will continue to impress me for the next 20 books.
When did you first start writing?
I’m not really sure when I started writing but when I hit my first and second years of first grade it was not acceptable to write with the left hand! I spent two years with a pencil taped to my right hand copying down paragraphs from a 100 storybooks. Discovered the playground in second grade and to this day I still use the left hand. Surprised I’m not still in 1st grade with the hardcore attitude of yesteryear. I think for fun when I draft out my first children’s book; I’ll use the right hand just for the impressionism.
Do you remember the first story you ever wrote?
The first story I ever wrote was a note to my mother telling her the fiction story of my broken bedroom window. It was a black and white whopper. She read it with interest and my hind end was red all over. No surprise ending in that mystery!
What is your writing process?
My writing process is pretty much like the scatter pattern of hits a shotgun blast makes on a target at close range. There is no specific research, rhyme or reason at first. There is no specific direction and as such; most books are started by simple inspiration. It isn’t till an idea is pulled out of a folder a day, week or month later that the Logline, Short Summary, Character List, Core Conflicts, Stakes, Events List and Outline formally begin to materialize.
Where did you grow up, and how did this influence your writing?
I grew up in Massillon, Ohio that had a population of maybe 36,000. After being beat to death and grounded forever over a broken window I never committed myself in writing around parents again till after moving out. Don’t get me wrong I love them to death and hindsight pretty much tells me in the age of spare the rod, spoil the child mentality; I pretty much deserved every one of them! I was the power Pac before the Energizer Bunny was ever conceived as a branding concept. Was not till I was drafted and became a Military Policeman that I actually began formal writing of police reports .
Smashwords Interviews are created by the profiled author or publisher. 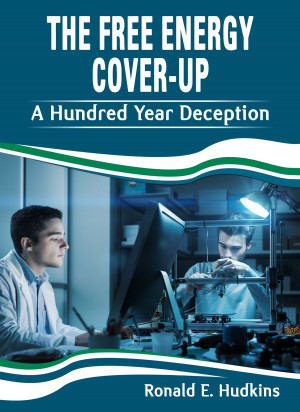 The Free Energy Cover-up - A Hundred Year Deception by Ronald E. Hudkins
Price: $6.49 USD. Words: 49,300. Language: English. Published: May 24, 2020. Categories: Nonfiction » Science & Nature » Energy, Nonfiction » Engineering, trades, & technology » Electrical
Research shows that over the greater span of American history a number of significant breakthroughs in energy generation and propulsion have occurred that have been systematically suppressed. For example; Nikola Tesla discovered Zero Point energy in 1902, but the technology was suppressed by the government. Since then, 5, 000 patents on technology of this kind have been legally confiscated. 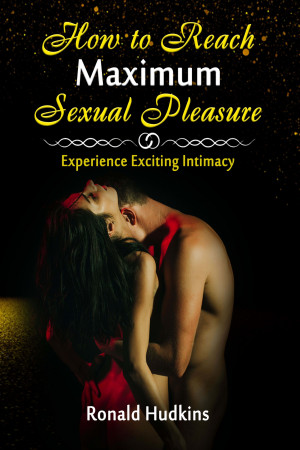 How to Reach Maximum Sexual Pleasure – Experience Exciting Intimacy by Ronald E. Hudkins
Price: $5.99 USD. Words: 27,690. Language: English. Published: May 18, 2020. Categories: Nonfiction » Sex & Relationships  » Sex guides & how tos, Nonfiction » Relationships & Family » Sex education
The aim of this book is simple; to help you reach maximum sexual pleasure and intimacy with exciting, adventurous suggestions that you might not have considered bringing into the bedroom before. Whether you have a vibrant sex life or an unfulfilling one that you'd like to fix, this book will become a valuable guide. 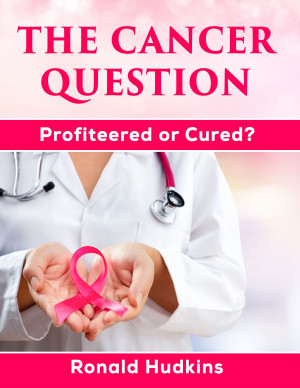 The Cancer Question - Profiteered or Cured? by Ronald E. Hudkins
Price: $6.49 USD. Words: 71,080. Language: English. Published: February 10, 2020. Categories: Nonfiction » Health, wellbeing, & medicine » Cancer, Nonfiction » Reference » Consumer guides
This book will introduce you to the corruption of American medical practices, FDA, pharmaceutical medical monopoly that chose profit over cures. It reviews outright sabotaged and buried inventions which have been suppressed. You will learn in this book that there are many methods available to treat and prevent cancer that go well beyond chemotherapy, radiation, and surgery. 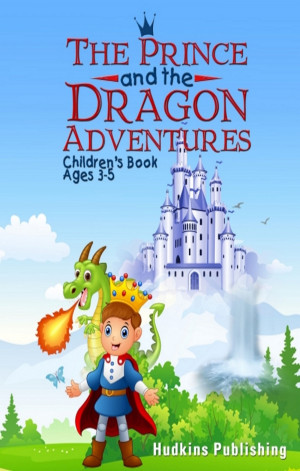 The Prince and the Dragon Adventures by Ronald E. Hudkins
Price: $2.99 USD. Words: 530. Language: English. Published: September 15, 2018. Categories: Fiction » Fairy tales, Fiction » Fairy tales
One night a young dragon visits the prince. He is very nice and can breathe fire. Being bored with the daily routine, the dragon asks the prince if he would like to share an expedition. Of course, off they went on the first of their many adventures. 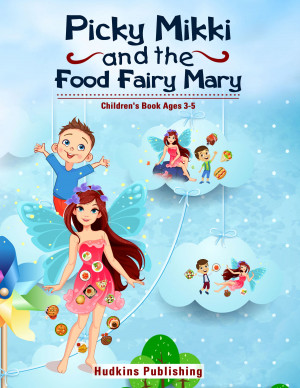 Picky Mikki and the Food Fairy Mary by Ronald E. Hudkins
Price: $2.99 USD. Words: 520. Language: English. Published: September 9, 2018. Categories: Fiction » Children’s books » Fairy tales & fables
Five-year-old Mikki is the pickiest eater around! No one can get him to eat anything besides peanut-butter sandwiches, carrot sticks, and cookies. Until the night Mikki gets a special visit from the Food Fairy Mary, who teaches him that eating is really all about adventure! After traveling the word and trying new things; maybe now Picky Mikki won’t be so picky anymore! 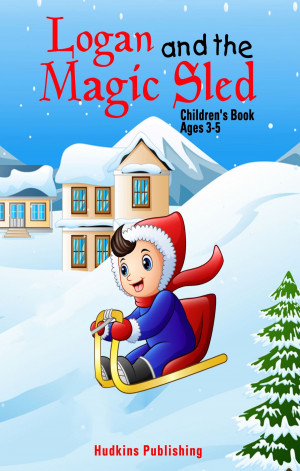 Logan and the Magic Sled by Ronald E. Hudkins
Price: $2.99 USD. Words: 210. Language: English. Published: September 8, 2018. Categories: Fiction » Children’s books » Fairy tales & fables
It’s the middle of the winter, and there’s nothing but snow all around. Poor Logan is bored to tears—until the day he discovers a magic sled in Grandma’s shed! The old red sled that Logan finds is peeling, and its runners have seen better days—but this sled has something that other sleds don’t: magic! 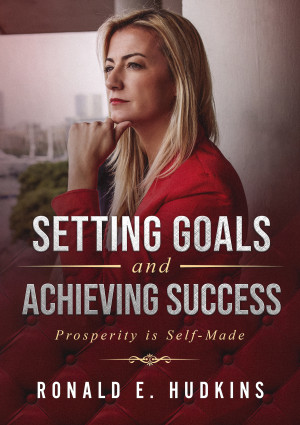 Setting Goals and Achieving Success - Prosperity is Self-Made by Ronald E. Hudkins
Price: $6.99 USD. Words: 14,830. Language: English. Published: June 23, 2018. Categories: Nonfiction » Self-improvement » Personal Growth / Success
Regardless of the things you are wanting to improve in your life, Setting Goals and Achieving Success is an extremely valuable resource that is going to help you accomplish more than you ever dreamed possible. It will teach you how to turn desires into reality. 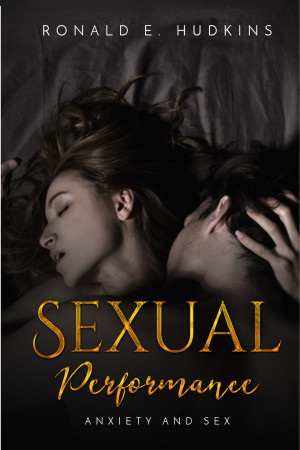 Sexual Performance - Anxiety and Sex by Ronald E. Hudkins
Price: $4.99 USD. Words: 8,160. Language: English. Published: June 5, 2018. Categories: Nonfiction » Sex & Relationships  » Sexual enhancement
Here you can learn how to overcome your sexual anxiety about being intimate and get back to a normal relationship with your significant other. Find out how you can achieve this right NOW. Reading this book will help renew your sexual desire and put you on a rejuvenated path toward healthy, pleasure-oriented great sex. 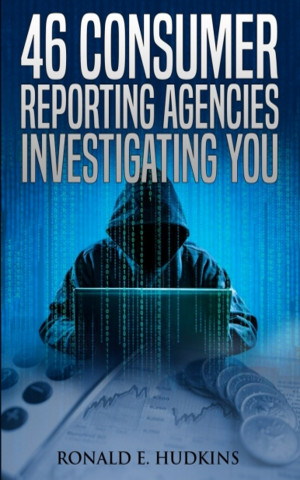 46 Consumer Reporting Agencies Investigating You by Ronald E. Hudkins
Price: $3.49 USD. Words: 9,970. Language: English. Published: April 21, 2018. Categories: Nonfiction » General reference » Questions & answers, Nonfiction » Business & Economics » Consumerism
The unfortunate fact is that the big three Credit Reporting Agencies and the many other Specialty Credit Reporting Agencies are not following the FCRA to the best of their ability and in turn are providing inaccurate and/or un-reportable information to agencies requesting your personal information. Errors on your credit report are made and they can be costly, . 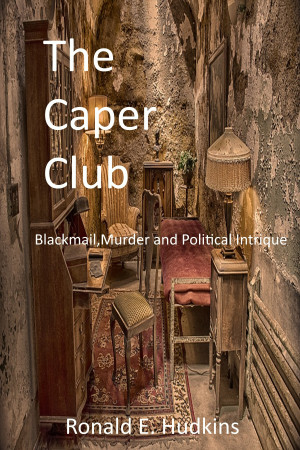 The Caper Club by Ronald E. Hudkins
Price: $3.99 USD. Words: 87,170. Language: English. Published: January 12, 2018. Categories: Fiction » Mystery & detective » Traditional British
A book that will keep you guessing and on the edge of your seat! An incognito, newly titled and extremely rich, Sir Jayden finds himself embroiled in blackmail, murder, and political intrigue beyond his imagining when he boards a steamer to London in search of the beautiful lady in a photo.
View their profile to see all of their books