Published 2013-08-25.
Where did you grow up, and how did this influence your writing?
I grew up in the west end of Toronto in a middle class neighbourhood (which has now gotten a lot richer). My parents separated when I was six so I also sort of grew up in Oakville. The dichotomy between the city and the suburbs has had a profound affect on me, if not on my writing. I hate the suburbs in many ways and the older I get the more I find I need to be in a city or town just to function. I can't imagine having to drive constantly just to go to the store.
When did you first start writing?
In junior high school we were force to. I did an absolutely terrible job. Then I started a journal at age 15. A few years later I tried writing some stories; all terrible. In university I tried again. I also started blogging around this time. Once I left academia, I decided I would turn my PhD thesis idea into a book. While writing that, I had a bunch of other book ideas. I now use nanowrimo as a way of kick-starting my non-fiction books since I have given up the idea that I can ever successfully write fiction.
What's the story behind your latest book?
It seems everyone has forgotten about what the Beatles did. I don't know how, but they have. So I wanted to set the record straight. And I got carried away, as always.
What motivated you to become an indie author?
I spent a lot of time and money paying someone to help me publish my first book. In the end, what I got from that company was not enough for what I paid. I also ran through my savings. So I am left pursuing other options, at least until I win the lottery or something.
What is the greatest joy of writing for you?
Writing isn't really a joy for me; it's a necessity. I write because I have to.If I didn't write, I would probably be one of those guys you see on the street muttering to himself - actually, I already am one of those guys - and getting in arguments with himself. I absolutely would rather be writing than doing much else, but I can't say I experience joy most of the time that I am writing.
What are you working on next?
The next books are likely going to be about atheism / agnosticism and religion and "art rock" respectively.
Who are your favorite authors?
Fiction: Fyodor Dostoevsky, William Faulkner, Timothy Findley, Gabriel Garcia Marquez, Graham Greene, Kurt Vonnegut

Non-Fiction: Hannah Arendt, Albert Camus, Jared Diamond, Barbara Tuchman
What inspires you to get out of bed each day?
This is really boring but I just get up. I feel like I have to. I have responsibilities and I can't be selfish. To be more romantic about it: I do thoroughly enjoy life.
When you're not writing, how do you spend your time?
I watch way too many movies (and now TV shows, thanks to Netflix). I listen to music pretty much all the time (when writing and when not writing). I read a lot; I prefer to read before I write. And when I have money and time I try to travel.
Do you remember the first story you ever wrote?
Yes I do. It was terrible. Let's never talk of this again.
What is your writing process?
I want to have an idea before I start. Then I will often try to create an outline. And then I will try to write a chapter but in the process I will come up with other ideas for other chapters and I will start on them and then I will have to revise outline... Eventually I will move stuff around and edit the whole thing a few times in single attempts. When I can afford it, I hire an editor for at least one edit.
Smashwords Interviews are created by the profiled author or publisher. 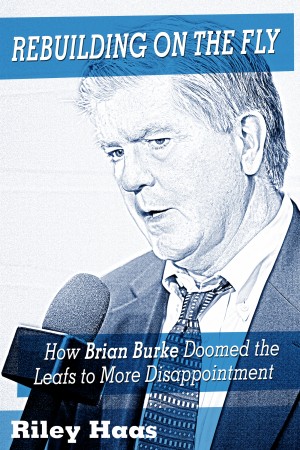 Rebuilding on the Fly: How Brian Burke Doomed the Maple Leafs to More Disappointment by Riley Haas
Price: $5.00 USD. Words: 85,500. Language: English. Published: May 31, 2014. Categories: Nonfiction » Sports & outdoor recreation » Hockey
This book is about why Burke was hired, what he did and why that didn't work. The Brian Burke-era of the Maple Leafs should stand as a lesson to big market franchises in all major North American pro sports that speed is not a solution when when trying to make an old, bad team good again. 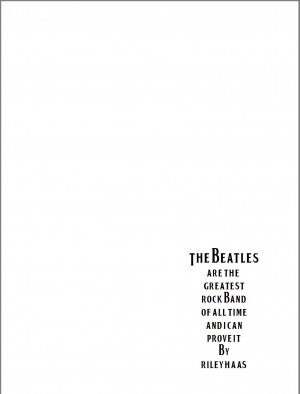 The Beatles Are the Greatest Rock Band of All Time and I Can Prove It by Riley Haas
Price: $1.99 USD. Words: 84,380. Language: English. Published: September 30, 2013. Categories: Nonfiction » Music » History & Criticism
Who is the greatest band in rock history? This book argues that it's the Beatles. Don't think so? Well, read and find out. This is as thorough an examination of the Beatles music in context as you will find. If you are skeptical of the Beatles greatness, read this book and you will be skeptical no longer: this is an iron clad argument about the most seminal of rock bands.