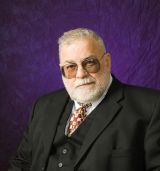 Published 2014-07-07.
Describe your desk
Desk? My entire writing and publishing world is inside my computer. I back it up every couple of weeks and invest heavily in anti-spyware and virus protection. I recommend Norton 360 and Acronis Software.
Where did you grow up, and how did this influence your writing?
I grew up on welfare and wore clothing with holes in them. As a kid I was always into science and was known around town as Doctor Bob.
All I ever did was read.
When did you first start writing?
Wrote technical manuals back in 1979 and from then on. It took me from a merely good paying job to a highly paid Engineering consultant. That was back in the day when you could get a job without a degree and move up in the ranks based on your accomplishments alone.

My magazine articles were published in Electronics Magazine, Electronics Design Magazine, and others. I have published eleven original design articles in professional journals. I won an award for one of my design innovations. It was a nice surprise.

I started writing fiction eight years ago, but it took seven of those years before I found out about Online Independent publishing.
Seems like I'm a day late and a dollar short here.
What's the story behind your latest book?
I just have ideas flowing faster than I can use them. I write them down and often, during the wee hours of the morning, you can hear the sound of my keyboard clicking away. I can't understand it, the books just seem to flow.

The current books I've just completed are political thrillers. "The Beguilers - a warning" and "The Beguilers II - DNA". Something is amiss in the world of international power broking. I think the world is moving toward one currency, one economy and one world government. This fictional book takes you by the hand and leads you through the evidence and then extrapolates step by step. It's a political horror story. The facts are real, but the story is a fictional representation of factual things past, present and future.

If we don't wake up, we will be "Goose Stepping" our way into the future. Then, in "The Beguilers II" we are faced with all the reasons why world domination will destroy us as a species. I will not give away the ending, but there is hope. These books are also available in Audio Format.
What motivated you to become an indie author?
My hunger for writing. Having the time to feed that hunger and the desire to make a few extra pennies.
All my life I have admired Isaac Asimov and wanted to be like him. This is my feeble stab at it.
I am obsessed.
How has Smashwords contributed to your success?
They offer my books for sale.
I have asked nothing more.
They have given nothing less.
What is the greatest joy of writing for you?
Yes. Writing is my greatest joy.
If you mean genre, Science Fiction
although I write everything from
training manuals to theoretical papers.
What are you working on next?
I'm a little busy of late, writing my own local television show that airs weekly called, "Publish That Book", teaching the television audience how to convert that book that none of the agents or big six publishers will even look at, into a positive revenue stream here in the Indi marketplace. I'm also busy converting people's books into the Smashwords and other formats. I am also busy conducting publishing training courses in the local towns and libraries for the townsfolk.

Yes, I still write in what's left of my free time.
Who are your favorite authors?
Isaac Asimov, George C. Clark and a host of others.
When you're not writing, how do you spend your time?
When I'm not writing, I'm spending my time cleaning, eating, sleeping, shopping.
My girlfriend is a professional singer, so when she has time for me, I spend it with her.
Any time I'm not doing any of the above, I'm typing away on my books.
Do you remember the first story you ever wrote?
Of course. Don't we all?
It's, "The Crucible"
It was the first book I published. That was back in 2012.
Since then I have expanded the book into three novels.
Take a peek.
Smashwords Interviews are created by the profiled author or publisher. 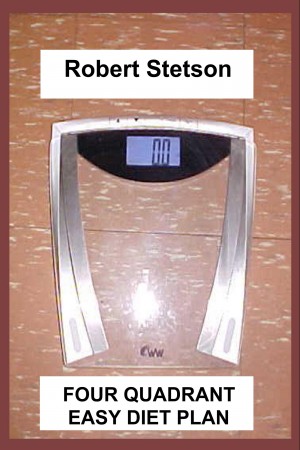 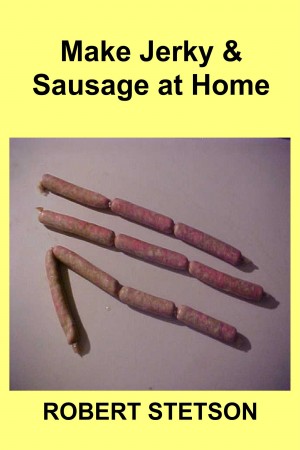 Make Jerky & Sausage at Home by Robert Stetson
Price: $3.99 USD. Words: 5,930. Language: English. Published: October 15, 2016. Categories: Nonfiction » Cooking, Food, Wine, Spirits » American / General, Nonfiction » Cooking, Food, Wine, Spirits » Canning & preserving
There are three problems with supermarket sausages, hot dogs and jerky. 1, They contain preservatives and carcinogens. 2. They are way too expensive. 3. They are not spiced exactly the way you would most enjoy them. Stop paying high prices for the supermarket brand jerky, hot dogs and sausages. It is easier than you think to turn out a far superior product in bulk, for far less money. 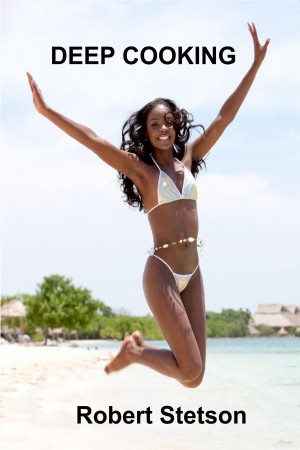 Deep Cooking by Robert Stetson
Price: Free! Words: 6,720. Language: English. Published: March 29, 2016. Categories: Nonfiction » Cooking, Food, Wine, Spirits » Afghani, Nonfiction » Cooking, Food, Wine, Spirits » American / General
Cooking techniques are included in the recipes that will further enhance the flavor of the foods to bring you a more enjoyable dining experience. If the food is not at its best during preparation, the result will suffer. The difference between a chef and a cook is in the scientific method of preparation. These “tricks of the trade” are revealed here in many of the recipes. 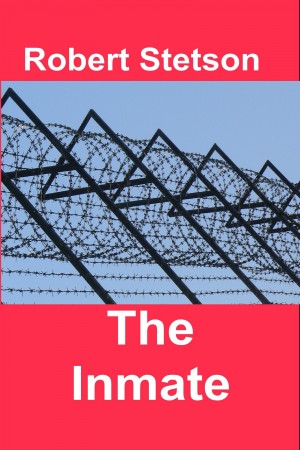 The Inmate by Robert Stetson
Price: $4.99 USD. Words: 59,050. Language: English. Published: June 9, 2015. Categories: Fiction » Mystery & detective » Hard-Boiled, Fiction » Thriller & suspense » Psychological thriller
In this mystery thriller, Blake Stone, in a country turned upside down by the economic crisis, visits Mexico to try and find out what is happening to his company’s profits. His old rattrap car, purchased to maintain his undercover identity, is searched at the United States border, and drugs are found, placed there by the previous owner. What happens then will change the world forever. 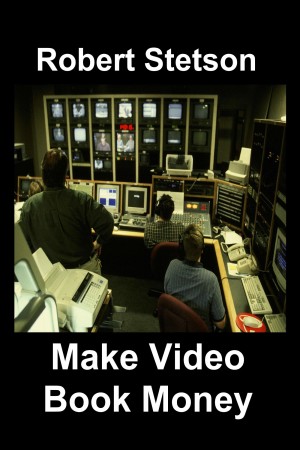 Make Video Book Money by Robert Stetson
Price: $5.95 USD. Words: 5,780. Language: English. Published: March 13, 2015. Categories: Nonfiction » Publishing » Self-publishing, Nonfiction » Publishing » Self-publishing
If your experience is like mine, you will receive up to ten times the royalties on a Video Book. Educators and Students along with project minded people buy them up in droves. Here’s how to make them and upload them. Also, if you have a good voice, this book shows you how and where to make money narrating. 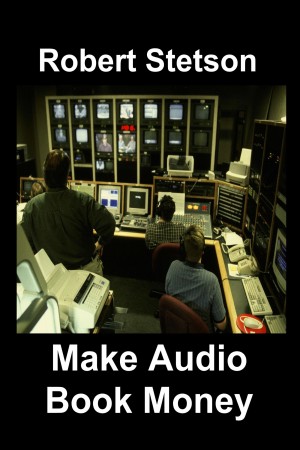 Make Audio Book Money by Robert Stetson
Price: $5.95 USD. Words: 5,110. Language: English. Published: March 3, 2015. Categories: Nonfiction » Publishing » Self-publishing, Nonfiction » Career Guides » Education
If your experience is like mine, you will receive up to ten times the royalties on an Audio Book. The blind and the road warriors buy them up in droves. Here’s how to make them and upload them. Also, if you have a good voice, this book shows you how and where to make money narrating. 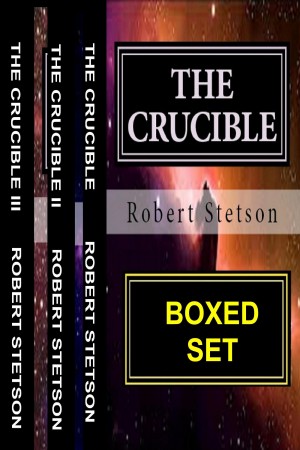 The Crucible Boxed Set by Robert Stetson
Price: $11.95 USD. Words: 125,160. Language: English. Published: September 10, 2014. Categories: Fiction » Science fiction » Utopias & dystopias, Fiction » Science fiction » Adventure
This is the classic story of an underdog rising up against the odds. It follows the Spencer family through the eons. Our group consists of individuals who are pooling our few remaining resources to overcome the hardship of our time. Our nation has mutated and is being governed by the cruel and greedy megalomaniacs known as the Council of 12. 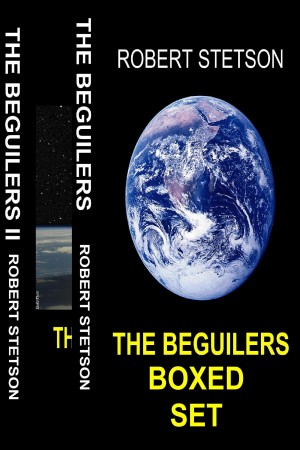 The Beguilers Boxed Set by Robert Stetson
Price: $7.95 USD. Words: 97,240. Language: English. Published: September 10, 2014. Categories: Fiction » Science fiction » Apocalyptic, Fiction » Science fiction » Utopias & dystopias
Slater Stone is running for President. He thinks that the President is in charge. He can’t wait to call the shots. Driven and controlled by people and forces that no one knew existed, he finds out that the President is only a puppet. Who runs the world? Will President Stone be able to make things right, or are we all doomed to live in a world government? 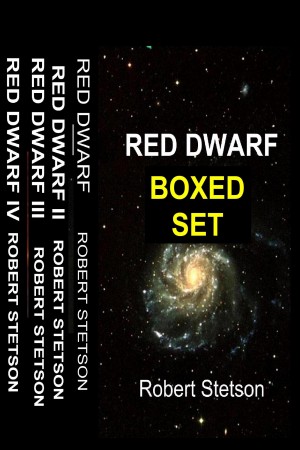 Red Dwarf Boxed Set by Robert Stetson
Price: $14.95 USD. Words: 132,370. Language: English. Published: September 10, 2014. Categories: Fiction » Science fiction » Space opera, Fiction » Science fiction » Adventure
This is the story of a Space Cadet named Clay Stone who completed his academy training and is assigned to Space Center as the first Starship Captain to embark on a stellar mission to a red dwarf star called Alpha Proxima 4.2 light years away. The trip is a disaster and the trials and tribulations are many, but the mission is almost doomed near the end. The story is packed full of ACTION. 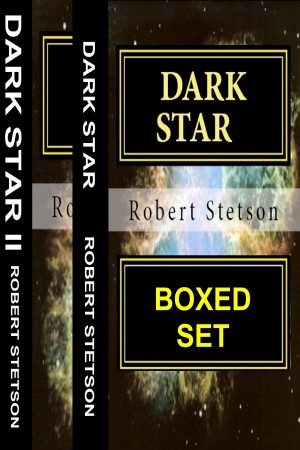 Dark Star Boxed Set by Robert Stetson
Price: $7.99 USD. Words: 74,660. Language: English. Published: September 1, 2014. Categories: Fiction » Science fiction » Space opera, Fiction » Science fiction » Adventure
Dark Star is the invisible angel of justice, fighting the Homeworld Security Agency in the name of truth, justice and in the old home-world way. The Earth is ruled by a dictatorship by a One-world government and a Chairman Dictator gone insane with power. This is the story of the Starship Captain Beryl Stone, the mysterious Dark Star. Dark Star turns the enemy inward against itself.
View their profile to see all of their books