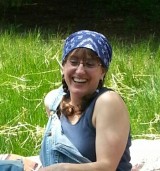 Published 2014-12-27.
Do you remember the first story you ever read, and the impact it had on you?
My Grandmother used to read to me a lot when I was very young. One book in particular that I would ask to have read over and over was "Too Many Kittens" by Mabel Watts. I still have it. I've loved words since before I knew much about anything.
What is your e-reading device of choice?
I have a nook and love it. To be clear though, I still enjoy the feel of real books in my hands and truly can't imagine a home without overflowing bookshelves.
Describe your desk
My desk is "L" shaped and is home to my writing, as well as other endeavors going in my life ... and typically is in chaos and disarray.
When did you first start writing?
I've been writing poetry and stories since I can remember. There's not a time that I don't recall imaginary people and places inhabiting my mind.
What's the story behind your latest book?
My latest published book is "How Does Your Garden Grow?", Book 2 in the Erotic Bedtime Stories series.

This will sound strange, but the idea behind the Bedtime Stories series came about during the summer I had a couple young children in my care several days each week. We had a set of CDs containing 150 children's songs and poems that would play quite a bit on a loop. While the songs and poems are sweet and innocent, my imagination began wondering things like: What happened between the girl who wrote the "letter to her love" and the boy who "picked it up and put it in his pocket"? And why is Mary so contrary? What's the story with the three men in a tub?

I have many characters waiting in the wings to tell their versions of the classic songs and poems of childhood.
What motivated you to become an indie author?
I had moderate success with a traditional publisher, but decided to give it a go on my own. So far, so good.
What is the greatest joy of writing for you?
The greatest joy of writing? That's a tough one. As with so many who write or paint or compose music, it's not really a choice. Writing is like air in my lungs ... involuntary, yet completely necessary to live.
What are you working on next?
At the moment, I'm working on completing my degree. When that is done, I will return to writing on a more consistent level. There are several Bedtime Stories in the works, including Daisy, Daisy and Three Men in a Tub. The last three books in the Vintage Love series have been laid out and definitely need to find "The End". The town of Awry has become incredibly important to me and deserves to be wrapped up nicely.
When you're not writing, how do you spend your time?
I enjoy walking, reading, yoga, watching movies. I run, bake. I don't know. Just like most people, a lot of different activities fill my days.
What do you read for pleasure?
While my pleasure reading is quite diverse, I tend to gravitate toward nonfiction or magazines. I do love erotic romances though.
What inspires you to get out of bed each day?
Life ... laughter. Knowing I get another opportunity to smile and laugh.
Smashwords Interviews are created by the profiled author or publisher. 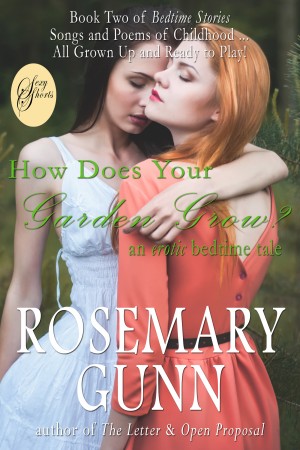 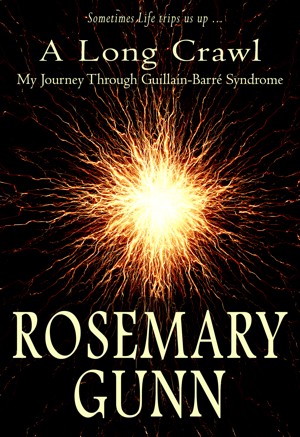 A Long Crawl (My Journey Through Guillain-Barré Syndrome) by Rosemary Gunn
Price: Free! Words: 5,030. Language: English. Published: July 25, 2013. Categories: Nonfiction » Inspiration » Personal inspiration, Nonfiction » Health, wellbeing, & medicine » Healing
Sometimes Life trips us up. In August 1997, after a terrifying week where every day was worse than the last, I was diagnosed with Guillain-Barre Syndrome. I am a writer, so words are my therapy; they offered me comfort and solace. "A Long Crawl" was my way of trying to make sense of what had happened to me. I am a Guillain-Barre Syndrome survivor. 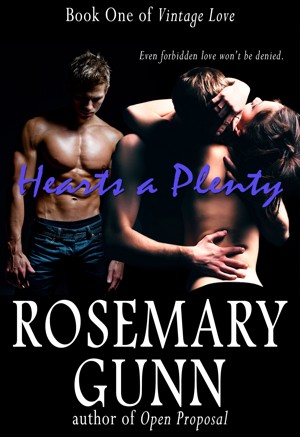 Jared, Claire, and Mark are thankful for the bond created while indulging their dark sensual fantasies, but fear their family will be less than enthusiastic about the unconventional union. Will they have the courage to fight for the love they share? Newly revised & expanded book originally published in 2010. 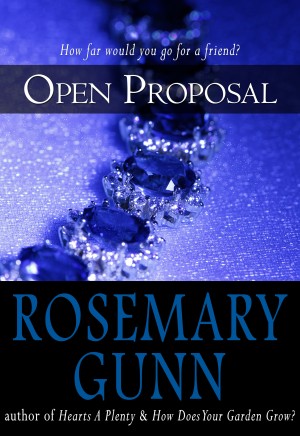 How far would go for someone you love? Three friends will find out. Eve and Sam have everything they need. Almost. When Sam’s latent desires surface, Eve discovers that she will do anything for her lover, even enlist the help of Roman, her own childhood friend. Will a not-so-innocent proposal create something spectacular, or simply destroy two loving relationships? 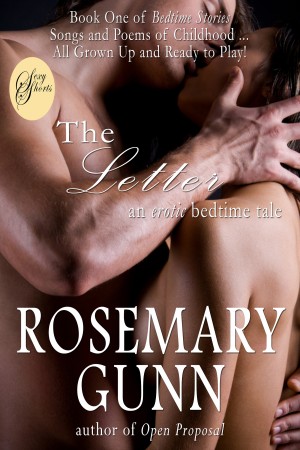 Songs and poems of childhood, grown up & ready to play! Emily is a barista with secret yearnings for Stuart, the handsome owner of a local book store. A writing exercise called "A Letter to My Love" gets her deepest desires to the page, but she drops it on the way home. Just her luck, Stuart picks it up, and Emily realizes that he has no problem making her wildest fantasies become steamy reality