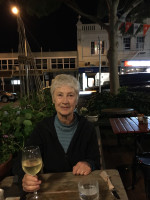 This interview has been viewed 938 times.

Published 2019-08-14.
What is the greatest joy of writing for you?
I always feel 'in the flow' while I'm writing - totally absorbed in the process.
I've also learned a lot about different subjects through researching my books.
What do your fans mean to you?
Though I do love writing for its own sake, it's really important to me to know that other people have read my work and benefited in some way from it.
What inspires you to get out of bed each day?
Sometimes, being keen to write down new ideas which have come overnight. And, always, my cats wanting their breakfast.
When you're not writing, how do you spend your time?
Singing in a choir. Looking after animals. Walking on the beach and swimming in the sea.
What is your writing process?
Variable! Ideas often come out of nowhere and then gradually connect. I write an outline of the book and then add the details, often changing the sequence of chapters, and making multiple revisions before I publish. I like to write every day, but I work around my other commitments rather than having set times.
What motivated you to become an indie author?
I've had several medical books published in the traditional way and they were successful, but when I decided to branch out into writing self-help and fiction books I chose the freedom, control and rapidity of the independent route. Although I do find marketing a challenge, I think it is wonderful that modern technology combined with platforms like Smashwords enable all writers to publish their own work at minimal cost.
What do you read for pleasure?
I really enjoy crime novels, not too gritty or violent, but with intriguing mysteries and convincing psychology. And a wide range of non-fiction - health, inspirational, biography, World War II.
Tell us about your latest book.
You Yet Shall Die (Smashwords publication date 20 August 2019) is a novel about family psychology and the uncovering of a long-ago crime. It is set in southern England, where I grew up, between 1953 and 2005. It could be described as "domestic noir" but is not graphic or violent, and contains touches of humour and something about cats.
When did you first start writing?
I've been writing stories since I was a little girl - originally about cats, later about people. During my medical career I focused on non-fiction, but now have returned to my childhood love of writing fiction.
Smashwords Interviews are created by the profiled author or publisher. 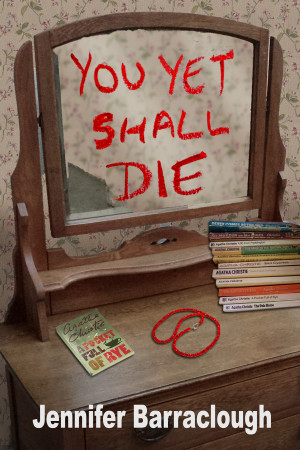 You Yet Shall Die by Jennifer Barraclough
Price: $5.99 USD. Words: 62,690. Language: English. Published: August 22, 2019. Categories: Fiction » Mystery & detective » General, Fiction » Themes & motifs » Crime
Family secrets and a long-ago crime. Hilda is a reclusive single woman who lives on the North Kent marshes with her rescue cats. She has a visit from a young woman who claims to be the "love child" of Hilda’s father who recently died. The shocking truth about her parent's marriage, her father’s past and her mother’s death is revealed as this gentle family story develops into something darker. 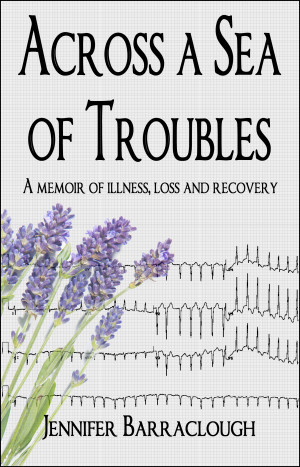 Across a Sea of Troubles: A memoir of illness, loss and recovery by Jennifer Barraclough
Price: $2.99 USD. Words: 19,200. Language: English. Published: February 18, 2017. Categories: Nonfiction » Health, wellbeing, & medicine » Diseases / heart, Nonfiction » Biography » Physicians & medical professionals
Part 1 of this short memoir describes the series of medical and surgical emergencies that affected Jennifer’s family, starting with her husband’s heart attack. Part 2 contains reflections based on her professional experience as a doctor, and personal perspective as a relative and patient. 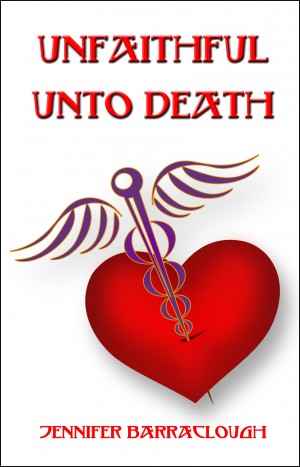 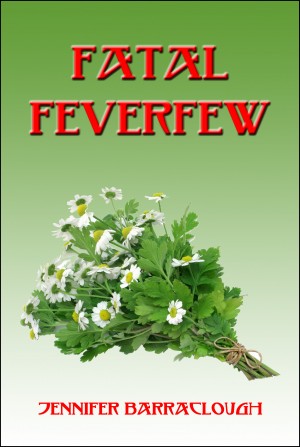 Fatal Feverfew (Dr Peabody Book 2) by Jennifer Barraclough
Price: $3.99 USD. Words: 61,290. Language: English. Published: December 16, 2015. Categories: Fiction » Mystery & detective » Cozy, Fiction » Themes & motifs » Crime
Lucia goes to stay at an isolated healing retreat in the hope of recovering from a recent illness, but finds herself suspected of poisoning the hostess. Reluctantly taking on the role of detective, with the help of the local doctor she succeeds in uncovering the true course of events. Set in 1980s England, this traditional-style mystery is a light read which includes some medical themes. 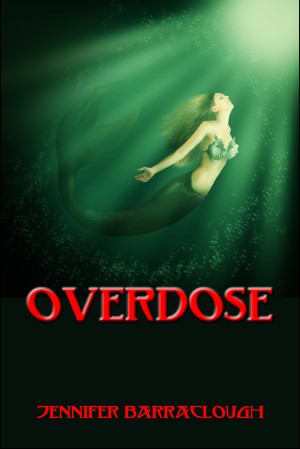 Overdose (Dr Peabody Book 1) by Jennifer Barraclough
Price: $3.99 USD. Words: 65,200. Language: English. Published: July 2, 2015. Categories: Fiction » Themes & motifs » Medical, Fiction » Thriller & suspense » Psychological thriller
Camilla, a kindhearted but not fully competent young doctor, works in a psychiatric hospital in southern England. Having fallen under the spell of an enigmatic senior colleague, she is struggling to combine the demands of her job with pursuit of their illicit affair. After one of the patients in her therapy group takes a fatal overdose, Camilla gets involved in some tragicomic misadventures. 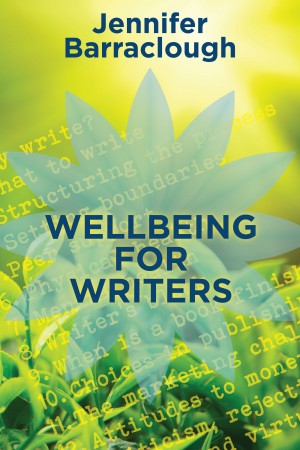 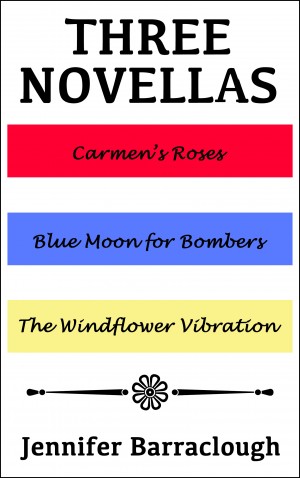 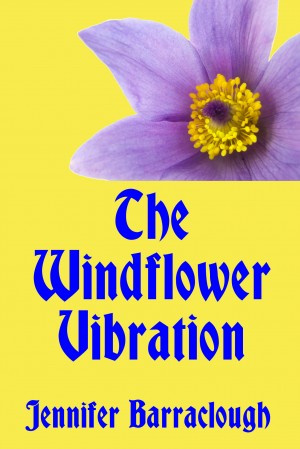 The Windflower Vibration: A Story of Mystery, Medicine, Music and Romance by Jennifer Barraclough
Series: Three Novellas, #3. Price: $2.99 USD. Words: 30,460. Language: English. Published: December 12, 2014. Categories: Fiction » Thriller & suspense » Psychological thriller, Fiction » Mystery & detective » General
Is the death of a man on an Auckland beach due to natural causes hastened by medical malpractice? Or is it one strand in a complex web of events spread over two hemispheres and two centuries? Georgina, whose life has seemed empty following the death of her husband, sets out to unravel these mysteries and by the end of her quest has found a new purpose. 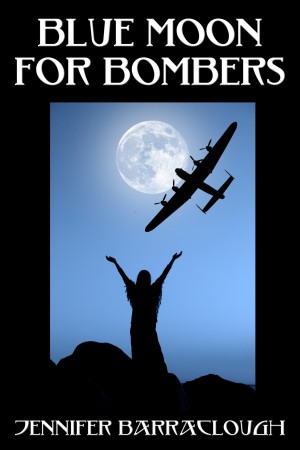 Blue Moon for Bombers: A Story of Love, War and Spirit by Jennifer Barraclough
Series: Three Novellas, #2. Price: $2.99 USD. Words: 31,410. Language: English. Published: September 2, 2014. Categories: Fiction » Thriller & suspense » Psychological thriller, Fiction » Historical » United Kingdom
A novella set in England 2007, with flashbacks to the 1940s, written by a former medical doctor. The story of a man coming to terms with his wartime trauma as he nears the end of life is interwoven with a modern-day romance. This is the second book in Jennifer Barraclough's trilogy of 'Three Novellas', available separately or as a box set. 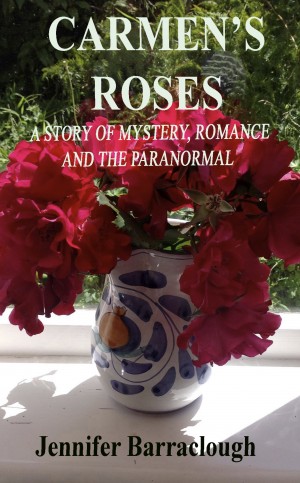 Carmen's Roses by Jennifer Barraclough
Series: Three Novellas, #1. Price: $2.99 USD. Words: 31,210. Language: English. Published: April 21, 2014. Categories: Fiction » Mystery & detective » General, Fiction » Thriller & suspense » Psychological thriller
Iris is leaving the English winter to take a holiday in the New Zealand sunshine, with the intention of completing her recovery from a serious illness and making amends for a shameful episode in her past. But the shock of a sudden death, the shadow of an old love affair, and the onset of ominous new symptoms threaten to destroy her hopes of happiness and healing.
View their profile to see all of their books