Published 2014-06-02.
What is the greatest joy of writing for you?
I love being able to immerse myself in new worlds that I get to create and getting inside the heads of my characters. Sometimes I can even hear their voices in my head. It makes it all very real for me. Then I can sit back and enjoy reading what I wrote. If I can't enjoy it, then it's not worth doing!
When you're not writing, how do you spend your time?
I have a daughter who is autistic, so a great deal of my time is spent with her. Otherwise I am reading. :)
What is your writing process?
I'm not sure I actually have a process. It's been so different for everything I write. I think the only thing that remains constant is that I always create the character first. I come up with the type of person I want to write about then I build the character around that. Once my characters are born, the story and the world they live in sort of just unfolds around them.
What motivated you to become an indie author?
My views on the traditional publishing world are probably not the most popular views. I believe that traditional publishers have really lost sight of what the industry is all about--telling great stories. For most publishers it's become all about quantity over quality. The publishing industry is changing so drastically at the moment and I don't think traditional publishers are doing a very good job at keeping up. I want to be a part of those changes and thrive in them. I don't want to be like many out there who are living in fear of the changes and trying to avoid them.
What do your fans mean to you?
My fans mean the world to me. It's not just about selling books or recognition. For me it's all about meeting new people and knowing that I somehow managed to change their lives in some small way, even if it's just for the moment while they are being entertained by my stories. I love knowing that someone got enjoyment out of something I created.
Do you remember the first story you ever read, and the impact it had on you?
I don't remember the very first story, no, but when I was young I had a hard time with reading. Going from 3rd to 4th grade I didn't even have a 1st grade reading level. It was difficult for me. Then one summer they held a "reading olympics" through my school. The one who read the most books over the summer would win a gold medal. I didn't even consider it until my brother's kindergarten teacher gave me some suggestions on how I could make reading easier and encouraged me to participate. So I spent the whole summer reading. I read over 150 books ranging from early reader types to adult sized novels towards the end. I didn't think I won. I figured if I read that many, someone surely read more than me. I was surprised to find that the person who got second place didn't even read half the number of books I did. It was very exciting for me and I was hooked on reading ever since. It changed my life in a very significant way because being able to read really determines how much you are able to learn.
What do you read for pleasure?
I prefer to read fantasy novels. I love everything from Harry Potter to Twilight. I especially love stories that add a fantastical element to our world as we know it now or an alternative earth.
How do you discover the ebooks you read?
I usually just browse until something looks interesting to me. Otherwise I go by recommendations.
What is your e-reading device of choice?
Right now it's my iPhone, but I would love to get some sort of tablet to read on.
What inspires you to get out of bed each day?
My daughter. She is a truly amazing little girl. :)
Smashwords Interviews are created by the profiled author or publisher. 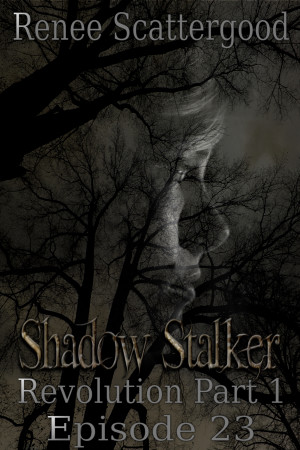 Shadow Stalker: Revolution Part 1 (Episode 23) by Renee Scattergood
Series: Shadow Stalker Part 4. Price: $0.99 USD. Words: 7,530. Language: English. Published: December 6, 2019. Categories: Fiction » Fantasy » Dark, Fiction » Fantasy » Short stories
Auren is finally bringing an end to the Galvadi Empire, but she is succumbing to her power in the process. Her moods and actions have become violent and unpredictable, and she knows she is on the verge of losing herself, but she can’t stop until her mission is complete. 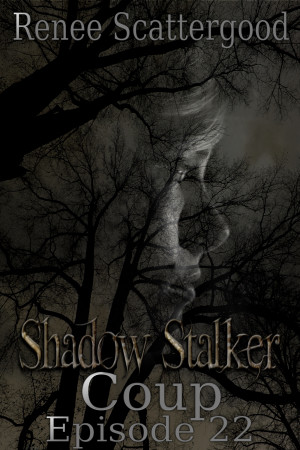 Shadow Stalker: Coup (Episode 22) by Renee Scattergood
Series: Shadow Stalker Part 4. Price: $0.99 USD. Words: 9,160. Language: American English. Published: November 1, 2019. Categories: Fiction » Fantasy » Dark, Fiction » Young adult or teen » Fantasy
Auren must push her new power to the limit to kill Zavix and take control of Nadiria, but the more she uses her ability, the more addictive it becomes. Stopping isn’t an option, but if she can focus on her goals, maybe she won’t lose herself. 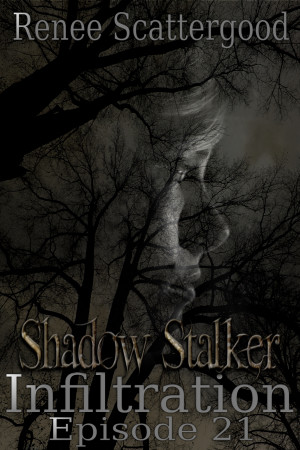 Shadow Stalker: Infiltration (Episode 21) by Renee Scattergood
Series: Shadow Stalker Part 4. Price: $0.99 USD. Words: 7,810. Language: English. Published: September 13, 2019. Categories: Fiction » Fantasy » Dark, Fiction » Young adult or teen » Fantasy
Auren has returned to Nadiria to put an end to the oppression of the Galvadi people once and for all, but if she’s not careful, her powers may take control of her instead. 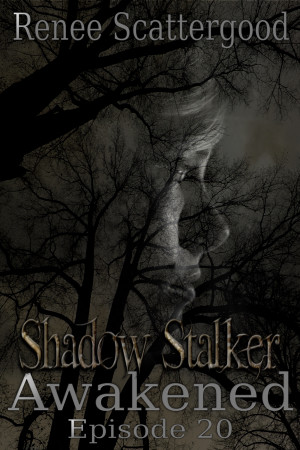 Shadow Stalker: Awakened (Episode 20) by Renee Scattergood
Series: Shadow Stalker Part 4. Price: $0.99 USD. Words: 7,280. Language: American English. Published: June 21, 2017. Categories: Fiction » Fantasy » Dark, Fiction » Young adult or teen » Fantasy
Appolia is once again under siege. Auren returns to find the Galvadi are using extremely inhumane tactics to demoralize the Coalition. She needs to help the Coalition before everything is lost. If Auren can use her newfound abilities to find the Galvadi’s greatest weakness, they might stand a chance in bringing the Galvadi down once and for all. 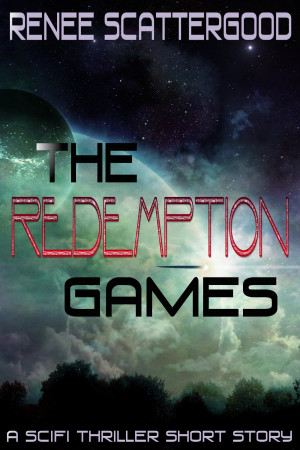 The Redemption Games (A SciFi Thriller Short Story) by Renee Scattergood
Price: $0.99 USD. Words: 11,360. Language: American English. Published: April 18, 2017. Categories: Fiction » Science fiction » Adventure, Fiction » Science fiction » Short stories
Jillian doesn’t think things can get any worse. She ran away from home and has survived on the streets for over a year, but when a man shows up promising her a better future, she ignores her instincts and goes with him. Now she finds herself on an alien world in a last-man-standing competition that she has no hope of winning, unless she can find an ally. 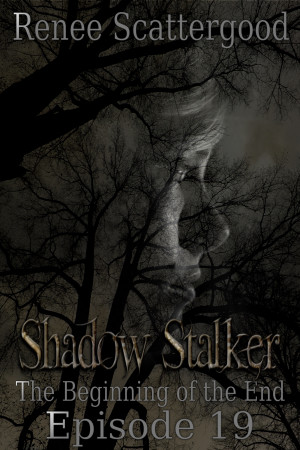 Auren is coerced into returning to the Dark Isle, but when Makari is betrayed and forced into hiding, she knows she can’t stay. Will Kado stand in her way? 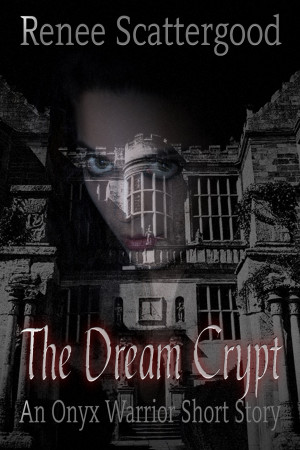 The Dream Crypt (An Onyx Warrior Short Story) by Renee Scattergood
Price: $0.99 USD. Words: 8,960. Language: American English. Published: March 15, 2017. Categories: Fiction » Fantasy » Paranormal, Fiction » Thriller & suspense » Supernatural
Rylee was a normal girl, living in a normal world. At least that’s what she thought until an Onyx Warrior told her the truth. She was trapped in a dream world by an ancient and powerful vampire, while he fed on her blood at his leisure. Worse, her only chance for escape was likely going to get her killed. 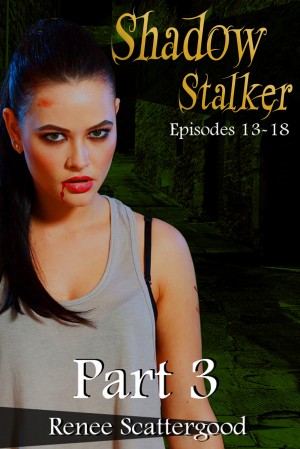 Shadow Stalker Part 3 (Episodes 13 - 18) by Renee Scattergood
Series: Shadow Stalker Bundles. Price: $1.99 USD. Words: 45,420. Language: American English. Published: December 14, 2016. Categories: Fiction » Fantasy » Dark, Fiction » Fantasy » General
Auren turns herself over to the Galvadi to get close to Drevin and Makari has no choice but to play along. He is forced to either torture Auren to prove his loyalty or die knowing she will be tortured and enslaved anyway. Somehow they have to get close enough to Drevin to bring him down and put an end to the Galvadi’s tyranny once and for all. 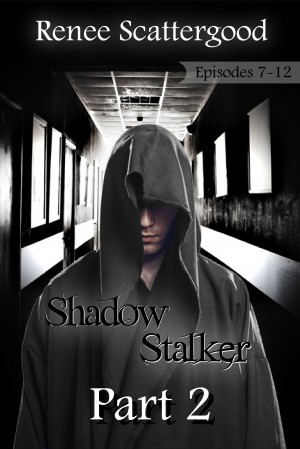 Auren is captured by the Galvadi trying to rescue her friend, Jade. Then she is tortured by the man who is supposed to love and protect her. When Makari finally realizes she's not the delohi-saqu as his father claims, he helps her escape, but their plans don't go as expected. 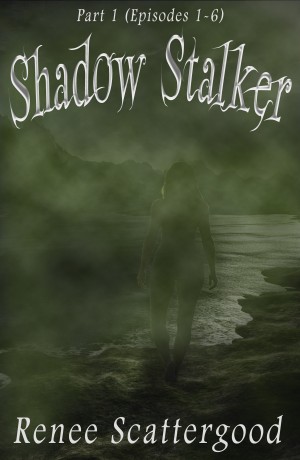 Auren learns she is destined to enslave the people of her world the emperor of the Galvadi Empire is determined to end her life before it happens. Her foster father, Kado, has sworn to protect her and trains her as a shadow stalker. But her training is cut short, when their people are overrun by the Galvadi Empire. Now she has to find a way to help her people without succumbing to the prophecy.
View their profile to see all of their books