Published 2018-07-05.
When did you first start writing?
I was in the 8th grade when I started to write. I became an avid reader during the 6th grade, and I read a lot of romances, ranging from the YA to adult category. After a while, I started looking for specific plots that I wanted to read. I spent a few months getting increasingly upset because it seemed like the exact book I wanted to read wasn't available at the bookstores or library. One day while browsing through the library, it suddenly occurred to me that if I wanted to read the book I had in mind, then I was going to have to write it. I've been writing ever since.
What motivated you to become an indie author?
In short, control over my book.

I didn't want a publisher coming in and telling me what I could or couldn't do with the story I'd written. I write about sweet heroes who are often virgins, which aren't typical in the traditional publishing world. And if they are, this is usually in the Christian romance publishing market. But the Christian publishing market didn't fit me, either, because I include sexual content in my books. Since I couldn't find a publisher that fit what I wanted to do, I published the books myself. Looking back, that was the best decision I'd ever made because I'm very happy with the books I've done. I don't think I would have been happy with my books if I'd written what the publisher(s) had wanted.

I should note that I do have a few books with a publisher, but the publisher is a small one and I was allowed full control over the content of the books. That publisher came later in my writing career.
What is the greatest joy of writing for you?
Getting to know my characters. I don't plot. I write by the seat of my pants, so I don't know my characters until I'm writing their story. It's always fun to find out which twists and turns they'll take me on during the course of the story.
Do you remember the first story you ever read, and the impact it had on you?
I do. I was in grade school. The book was boring, and I hated to read after that. It took reading an entertaining book in the 6th grade to convince me otherwise. It's all in the storytelling. The best books are ones that make the reader excited about reading.
Describe your desk
It's a mess. I know where everything is, but no one else does. The rest of my house is clean. I need to straighten up the other rooms in order to feel relaxed enough to write. I know it's a weird contradiction, but that's how my mind works.
What advice would you give someone who is having trouble making a decision?
Pursue your passion. Your path isn't someone else's. Just because someone else thinks something is right for you, it doesn't mean it is. You need to sit down and evaluate your own situation. You are living your life. That means you are going to live with the consequences of your decisions. The worst thing I think that can happen to someone is that they end up looking back on their life and regretting the risks they didn't take.

For example, my family and friends didn't want me to write romance, which they considered "trash". They especially didn't want me to publish it myself. I received some criticism back in 2009 when I chose to write and publish romances. This wasn't an easy time in my life. Not only were the people I loved telling me I was wasting my time, but authors told me I was ruining my chances on being taken seriously as a writer since no publisher would take on a self-published writer. There were a dozen reasons not to write and publish my romances. But I knew I was going to regret it if I didn't.

If you let fear of what others think hold you back, you'll never discover your potential. I think it's better to take the risk and find out what will happen than to play it safe and end up wishing you'd done it.
What are you working on next?
At any one time, I'm working on three different series, and those will be in the Regency or historical western romance categories. As of July 2018, I'm working on five books.

1. Kidnapping the Viscount - a Regency romantic comedy about a hero who lets the heroine thinks she's running the show. This is Book 5 in the Marriage by Fate Series. It is available for pre-order.

2. One Enchanted Evening - a Regency that is loosely based off of Cinderella, except in this case Cinderella has some skeletons in her closet that will threaten her newfound happiness with the hero. This is Book 2 in the Marriage by Fairytale Series. It is available for pre-order.

3. The Imperfect Husband - a historical western romance which will be a romantic comedy. The heroine isn't happy to be married to the hero, so he's going to disguise himself as a woman in order to join her lady's social group with the goal of finding out what kind of man he can be to win her over. This is Book 4 in the Misled Mail Order Brides Series. (This will finish up the series.) It is available for pre-order.

4. Shane's Deal - a historial western romance about a heroine who marries the marshal of a small town for protection of her and her unborn child. This is Book 4 in the Montana Collection, and it will finish up that series. It won't be up on pre-order until my publisher puts it up for me.

5. The Outlaw's Bride - a historical western romance that is about a heroine who takes a chance on marrying a stranger who has been forced out of town because he's been wrongly labeled an outlaw. This is the first book in the Wyoming Series. I can't get it on pre-order because this is a rewrite of a book I had co-authored, and part of the agreement I made with the other author when I was purchasing the rights to it was that I would make this free so that people who'd bought the original version wouldn't have to buy this rewritten one.
Smashwords Interviews are created by the profiled author or publisher. 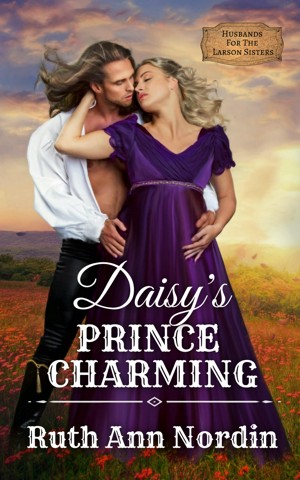 Daisy's Prince Charming by Ruth Ann Nordin
Series: Husbands for the Larson Sisters. Price: $3.99 USD. Words: 48,660. Language: American English. Published: July 31, 2022. Categories: Fiction » Romance » Western, Fiction » Romance » Historical » Victorian
Daisy’s always envisioned marrying a tall, dark, handsome man with literary prowess and fine taste in classical music. This will be her prince charming. Fate, however, has other ideas when Otis Mills comes along. He is nothing like she envisioned. But she’s going to learn that behind every “frog” is a prince. 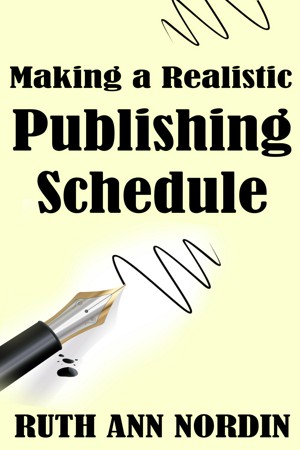 Making a Realistic Publishing Schedule by Ruth Ann Nordin
Series: Writing Tips. Price: Free! Words: 7,040. Language: English. Published: March 8, 2022. Categories: Nonfiction » Publishing » Self-publishing
This ebook was written to help writers figure out a writing schedule that will work with their lives instead of trying to force them to take on more than they can handle. 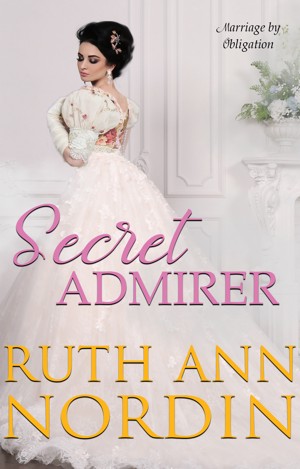 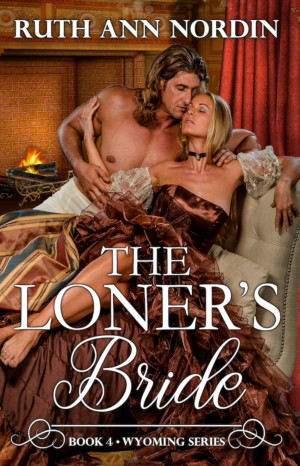 The Loner's Bride by Ruth Ann Nordin
Series: Wyoming Series. Price: $2.99 USD. Words: 65,500. Language: American English. Published: March 13, 2022. Categories: Fiction » Romance » Historical » Victorian, Fiction » Romance » Western
Twenty-year-old Katie has fallen in love with a man twice her age. Jeremiah put all thoughts of romantic love behind him the day his infant daughter died and his wife divorced him. He's determined to help Katie find someone much more suitable for someone her age. But when Katie wants something badly enough, she gets it. And she's determined to end up with him. 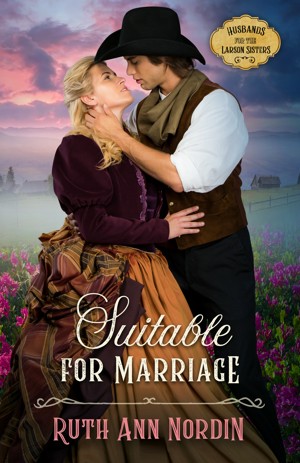 Suitable for Marriage by Ruth Ann Nordin
Series: Husbands for the Larson Sisters. Price: $2.99 USD. Words: 59,190. Language: American English. Published: May 15, 2022. Categories: Fiction » Romance » Historical » Victorian, Fiction » Romance » Western
Exhausted with Alex’s unending pursuit of her, Erin Larson makes it her goal to find a young woman who will want to marry him. This is a romantic comedy. 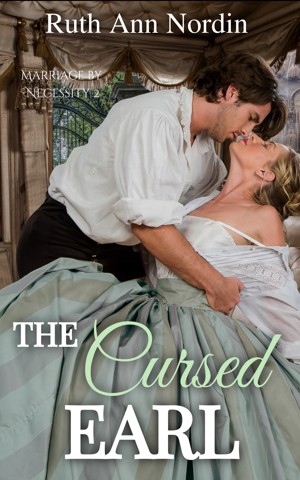 The Cursed Earl by Ruth Ann Nordin
Series: Marriage by Necessity. Price: $2.99 USD. Words: 73,140. Language: American English. Published: January 9, 2022. Categories: Fiction » Romance » Regency, Fiction » Romance » Historical » General
The hero believes he's under a family curse and that he'll die on his 25th birthday. With the clock ticking against him, he must marry so he can have an heir before that fateful day arrives. 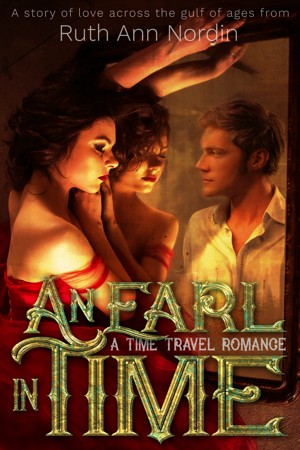 An Earl In Time by Ruth Ann Nordin
Price: $3.99 USD. Words: 96,940. Language: American English. Published: July 17, 2021. Categories: Fiction » Romance » Gothic, Fiction » Romance » Time travel
Julian Azazel, the Earl of Blackwell, has spent the past two centuries under a curse that's trapped him in his estate. Willow Knudson has just inherited the estate and has gone to sell it. Upon arriving there, she finds she is trapped, too. This fairytale Regency romance takes a look at two fated lovers being united through time. 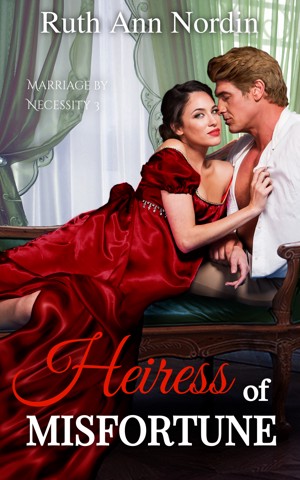 Heiress of Misfortune by Ruth Ann Nordin
Series: Marriage by Necessity. Pre-release—available January 7, 2023. Price: $3.99 USD. Language: American English. Categories: Fiction » Romance » Regency, Fiction » Romance » Historical » General
The heroine seems to have a series of unfortunate accidents following her no matter where she goes. Her father believes someone is trying to kill her, so he hires the hero to watch over her. 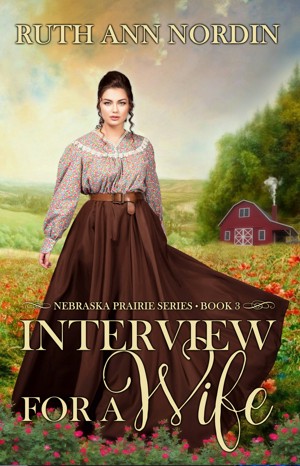 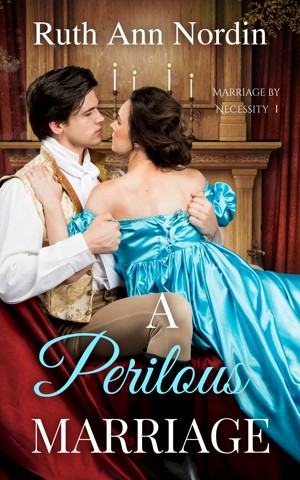 A Perilous Marriage by Ruth Ann Nordin
Series: Marriage by Necessity. Price: $2.99 USD. Words: 60,490. Language: American English. Published: May 27, 2021. Categories: Fiction » Romance » Regency, Fiction » Romance » Historical » General
Poor Miss Tumilson finds her new husband dead before she can consummate her marriage, but that’s the least of her problems. It turns out her husband’s friend thinks she murdered him and is determined to do whatever it takes to prove it.
View their profile to see all of their books