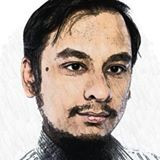 This interview has been viewed 21750 times.

Tell us a little about SADISOFT...
I can describe my COMPANY with a simple answer, I (S. SADIQ) took my love for Science Fiction and set out on a journey of self-enlightenment. Studying the Islamic religion I found it awe-inspiring and sought to implement it in my life. However after seeing this way of life demonized, by believers and non-believers alike, questioning its place in civilized society; I have attempted to enlighten the soothsayers via a genre that is growing ever popular day by day.
What do you read for pleasure?
I love reading Michael Crichton his approach to storytelling really resonates with me. I remember the "rabbit scene" from his novel Prey. Stranded scientist conducted an autopsy on a rabbit they had to watch die after being surrounded by a cloud of nano-particles. That gave me the inspiration to write a similar scene in my debut novel Reapers of the Damned. Where a group of engineers got to see the effects of the entity on a celestial arachnid.
What is your e-reading device of choice?
I love being on my Nook. I bought the device primarily because I had a Radio Shack charge card and they were giving incentives to buy the Nook from them. So I went ahead and grabbed one. I haven't regretted it. I love being able to download free samples off of the nook store. Plus I have a considerable amount of e-books in pdf form, which were stowed away on my desktop which is no fun to read on. So I was able to copy them over to the nook. Now I can curl up in bed and read those pdfs in comfort.

And just in case you think I am plugging Nook, the Kindle from Amazon was what got me interested in e-readers, in the first place. A friend from work had shown me a Gen 1. The e-ink looked incredible! Plus the great thing about Kindle is that you have Amazon supplying you with all the latest titles. Which in some cases is far superior to the selection offered by B&N. Plus they couldn't deliver a textbook if their life depended on it.

But all of this is rendered meaningless once I found out about Calibre which lets you convert Kindle titles to work on the Nook. Which is great! Plus I have e-reader apps on my smartphone so I am never away from a good book!
How do you discover the ebooks you read?
I have signed up for Tor's newsletter. Every weekend I am pouring over the emails they have sent the previous week. There is always something wonderful to explore. I recently got a compilation of all the short stories they have published in the past 5 years. The pdf was 4,000 plus pages! Reading all those pages while juggling a business, a job and family would have been monumental. Luckily I found a great app for my Nook EZ PDF reader, which has an audio option. Now I plug my nook into my Honda Civic's Aux Audio Jack, turn on the audio and get transported to another realm. Which is fine by me, just gonna be stuck in traffic anyway.

Aside from that, the people over at Baen have done a great job of putting up free e-books of various titles. Plus if you head over to SF-signal they are always plugging a free e-book to download. And of course, how can I not mention Smashwords?!
What inspires you to get out of bed each day?
Wow! What a question. I believe that we should live life to its fullest each and every day. If we were to think that this was our last day on planet earth, would this be how we would want to spend it? If the answer is no then something has got to change. Now I don't advocate drastic changes. That would upset the balance of space and time. Rather just make small changes. Maybe you can wake up half an hour earlier to work on that chapter you promised yourself you would finish by the end of the month.

My belief is that God has given you life each and every time you wake up from a deep sleep. Not your family, not your boss, not the government and certainly not society. So why be enslaved to them? Your energy is your birthright only you choose how to spend it. Plan your day according to your priorities. What do YOU want to accomplish today? What others want you to accomplish should be secondary. Only in this way can we find inner peace and happiness.

And if you still don't get where I am coming from, do check out my ebook:
http://www.sadisoft.org/freebook
When did you first start writing?
I can remember writing at a very early age. I always loved telling stories and would regale my mom with my own made up tales.
NOTE: MY MOM WAS BORN AFTER THE PARTITIONING OF THE INDIAN SUB-CONTINENT

Often times they were my interpretation of current events. I guess I haven't stopped doing that! Most of my stories explore the current state of the descendants of Hazrat Adam (AS). Where are we going as a civilization, as a species? Are we better off now that we have A-Bombs and space stations in the sky? What have we learned and how are we passing that on to the next generation?
What motivated you to become an indie author?
I really had no choice! I couldn't sleep until I had worked on my story. It was constantly nagging me. It had to get out of my mind and onto paper. So I happily obliged. I had approached a few publishers but they were not willing to take a gamble on an unknown. So as many fellow authors have done, I too turned to self-publishing. I was hesitant to spend money at a printing press. But thanks to Smashwords I have an economical way to do this.
What are you working on next?
Depends on how well YOU can support my team blog:

Be an active reader and let us know what you would like to see NEXT!
Published 2018-11-16.
Smashwords Interviews are created by the profiled author, publisher or reader. 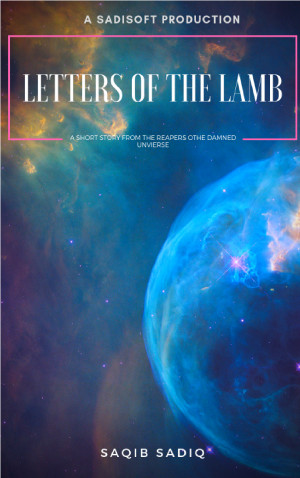 Letters of the Lamb by Sadisoft
Series: REAPERS OF THE DAMMNED, Short Story. You set the price! Words: 1,430. Language: American English. Published: October 7, 2018. Categories: Fiction » Science fiction » Hard sci-fi
A verbal trailer for an upcoming novel set in the Reapers of the Damned universe. 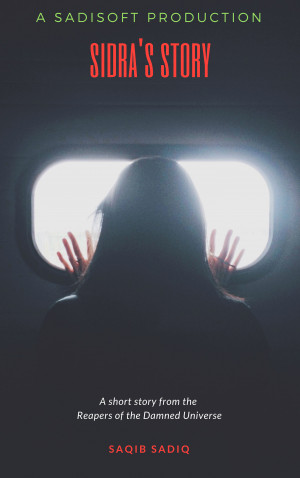 Sidra's Story by Sadisoft
Series: REAPERS OF THE DAMMNED, Short Story. You set the price! Words: 4,950. Language: English. Published: November 16, 2017. Categories: Fiction » Science fiction » Short stories, Fiction » Science fiction » Utopias & dystopias
In this short story, readers are given another look at the Reapers of the Damned Universe. This time through the eyes of a family facing harrowing circumstances. Tyrannical regimes made them refugees but sheer grit and determination kept them alive. Now as embers of resistance grow and champions of humanity gather, one woman tells her story. 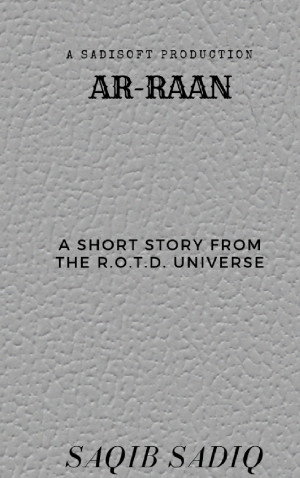 Ar-Raan by Sadisoft
Series: REAPERS OF THE DAMMNED, Short Story. You set the price! Words: 3,380. Language: American English. Published: July 29, 2016. Categories: Fiction » Science fiction » Military, Fiction » Young adult or teen » Sci-Fi & fantasy
Ar-Raan, the blackened heart. How does it come to be? For that matter how does anyone slip into darkness? Are YOU capable of evil if pushed hard enough? Find out in this short story from the Reapers of the Damned universe. As we explore young Walker's childhood from a meager worker in a desolate work camp. To a feared General in the bosom of the vile megacorp, Gemcore. 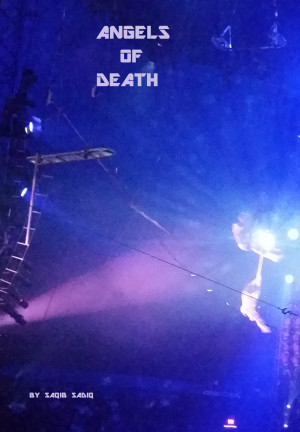 Angels of Death by Sadisoft
Price: Free! Words: 1,640. Language: English. Published: October 10, 2010. Categories: Fiction » Young adult or teen » Religion
A cautionary tale of good and evil. Tackling the age-old question of what happens to us when we die? The answer is inside of the ebook. 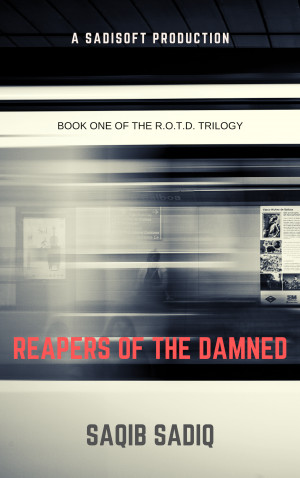 Reapers of the Damned by Sadisoft
Series: REAPERS OF THE DAMMNED, Novel. You set the price! Words: 42,020. Language: English. Published: August 10, 2010. Categories: Fiction » Young adult or teen » Sci-Fi & fantasy, Fiction » Science fiction » Military
High on top a desolate asteroid, the crew of mining space station V-323 must toil for a ruthless corporation with an insatiable thirst for mineral ore. At the same time an enraged entity living deep within the mined tunnels is hell bent on defending its sanctuary. Now locked in a battle for survival will the crew escape with their lives or will the demons of corporate greed consume them all? 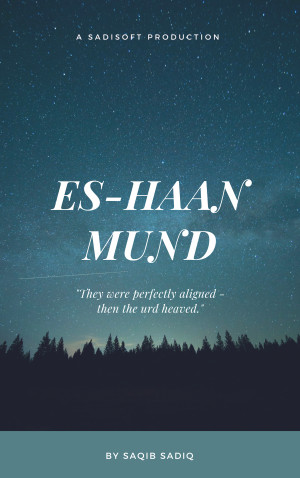 Es Haan Mund by Sadisoft
Series: REAPERS OF THE DAMMNED, Short Story. You set the price! Words: 3,910. Language: English. Published: July 18, 2010. Categories: Fiction » Science fiction » Military, Fiction » Young adult or teen » Sci-Fi & fantasy
Rookie medic E. Hidalgo takes reader on a terrifying journey. Two months after the events of "Reapers of the Damned" the dreaded mega corporation, Gemcore deploys RRT-99; to investigate the aftermath of the worst industrial incident in the company's history. Amongst the rubble the team comes across a startling discovery. The repercussions of which will be felt in the higest chambers of power.